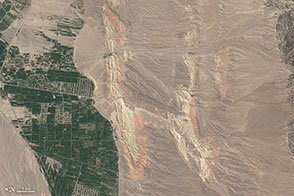 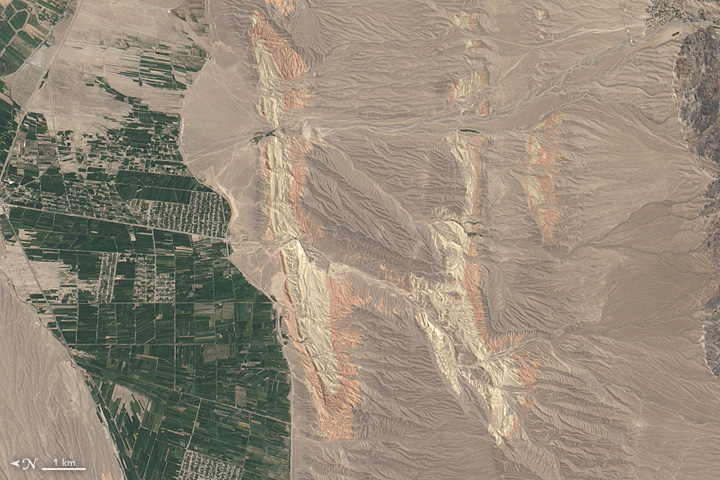 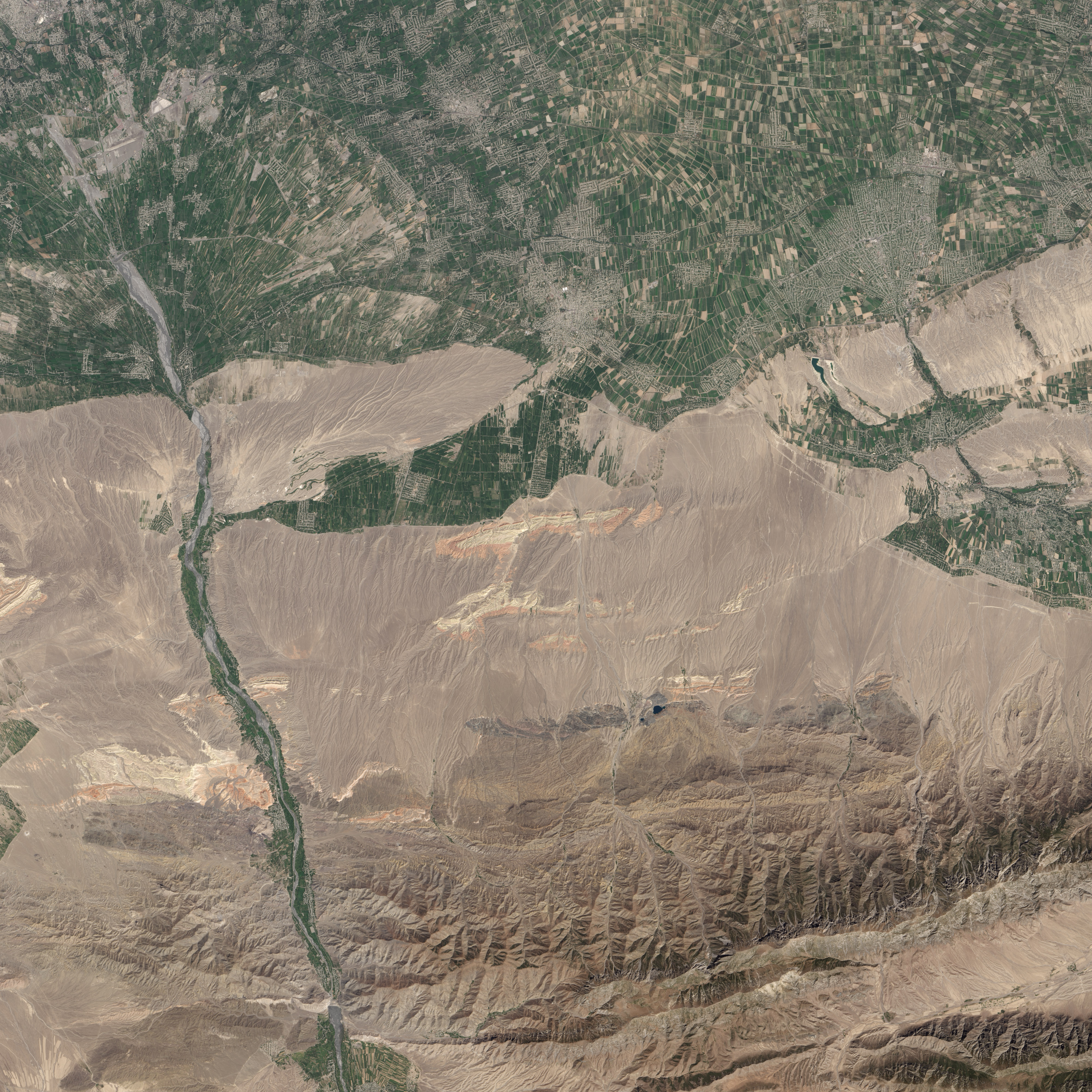 The Alphabet from Orbit: Letter H

Hello H, what begins with H? Haze, hurricanes, and hydrocarbons. Hawaii and Hakodate. Hummocky humus heaped on these hills in the heart of Kyrgyzstan.

On, August 30, 2014, the Operational Land Imager on Landsat 8 acquired this image of rivers running through colorful ridges in southwestern Kyrgyzstan.