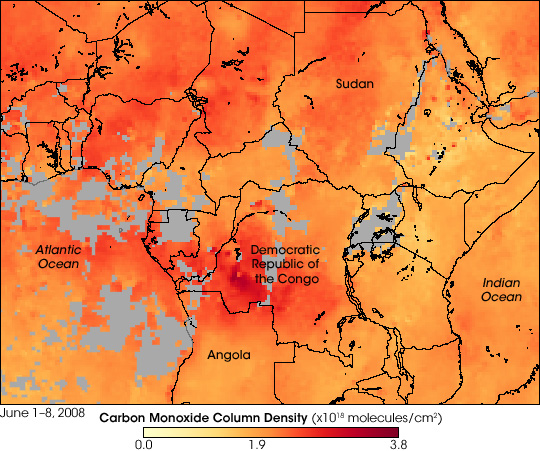 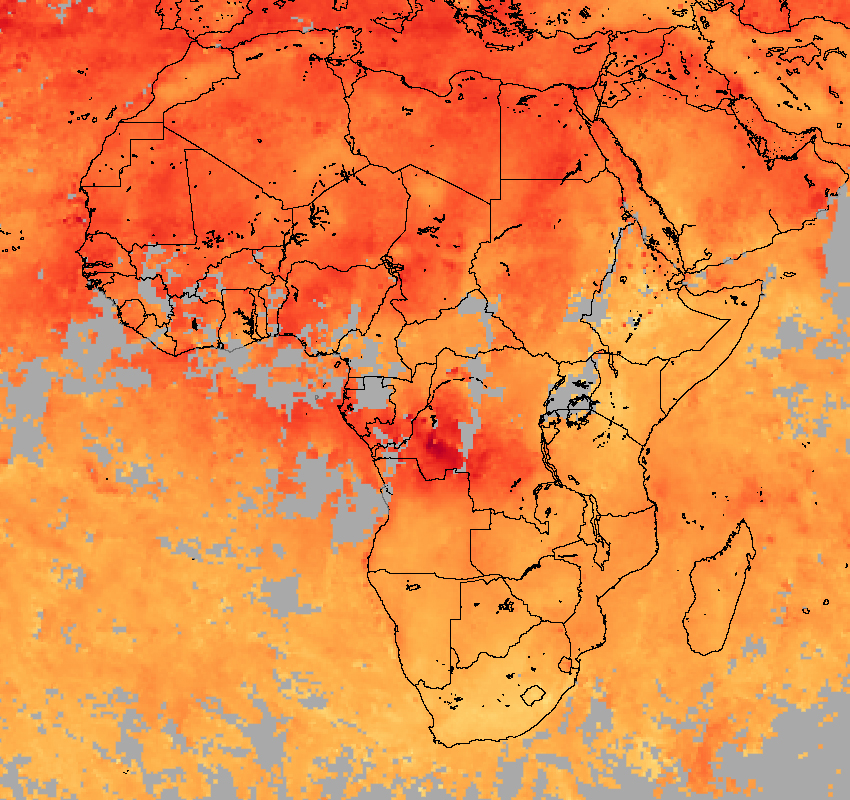 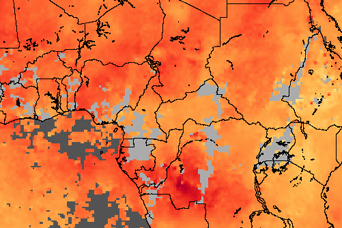 Fire is integral to life in much of Africa. As predictable as the rainy and dry seasons, fire sweeps across the continent in a wave that moves north to south following the seasons. In early June, Africa’s fires were concentrated in central Africa. Lightning-ignited fire is part of the natural ecology, but for thousands of years it has also been a tool used by mankind to clear land for new growth, return nutrients to the soil, make charcoal for cooking and fuel, clear debris, and hunt. It is primarily human activity that leads to intense burning in a region during the fire season.