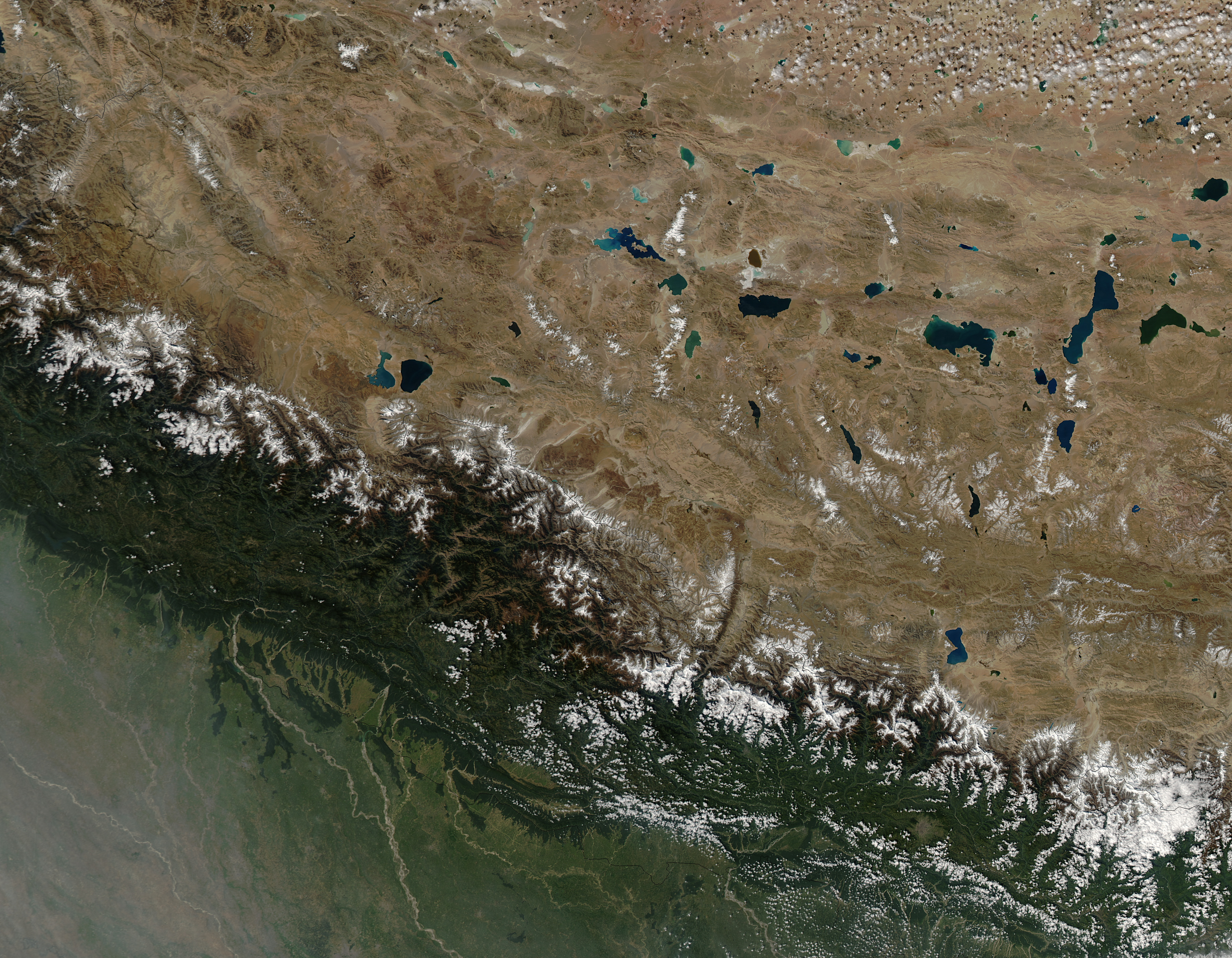 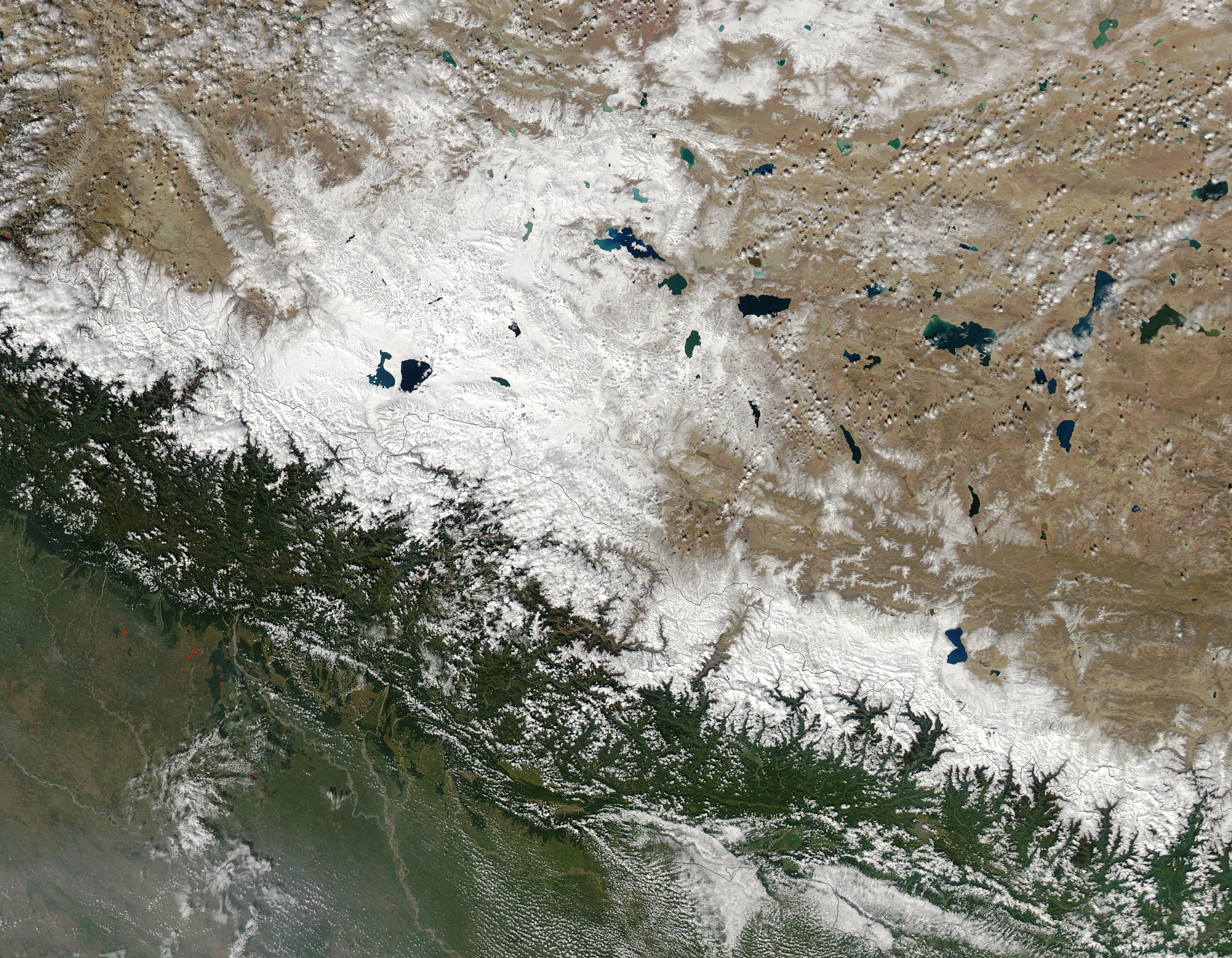 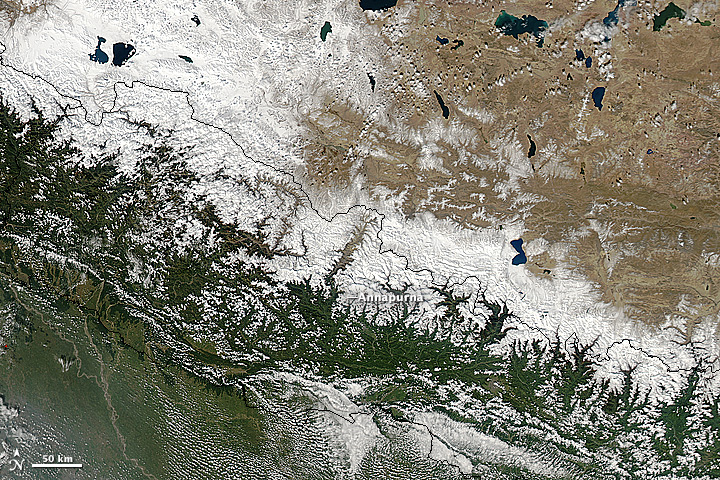 Remnants of Cyclone Hudhud quickly turned into a snowy hazard for hikers in the Himalaya.

This image originally appeared in the NASA Earth Observatory story Blizzard in Nepal.