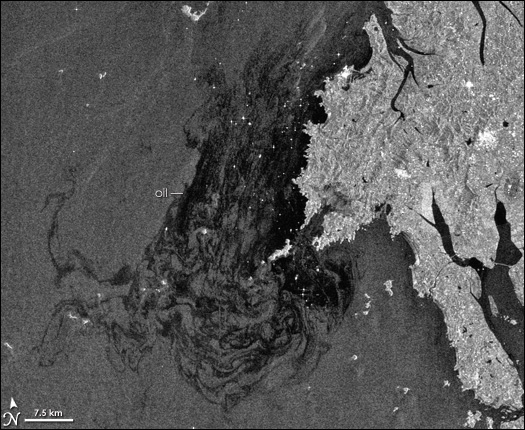 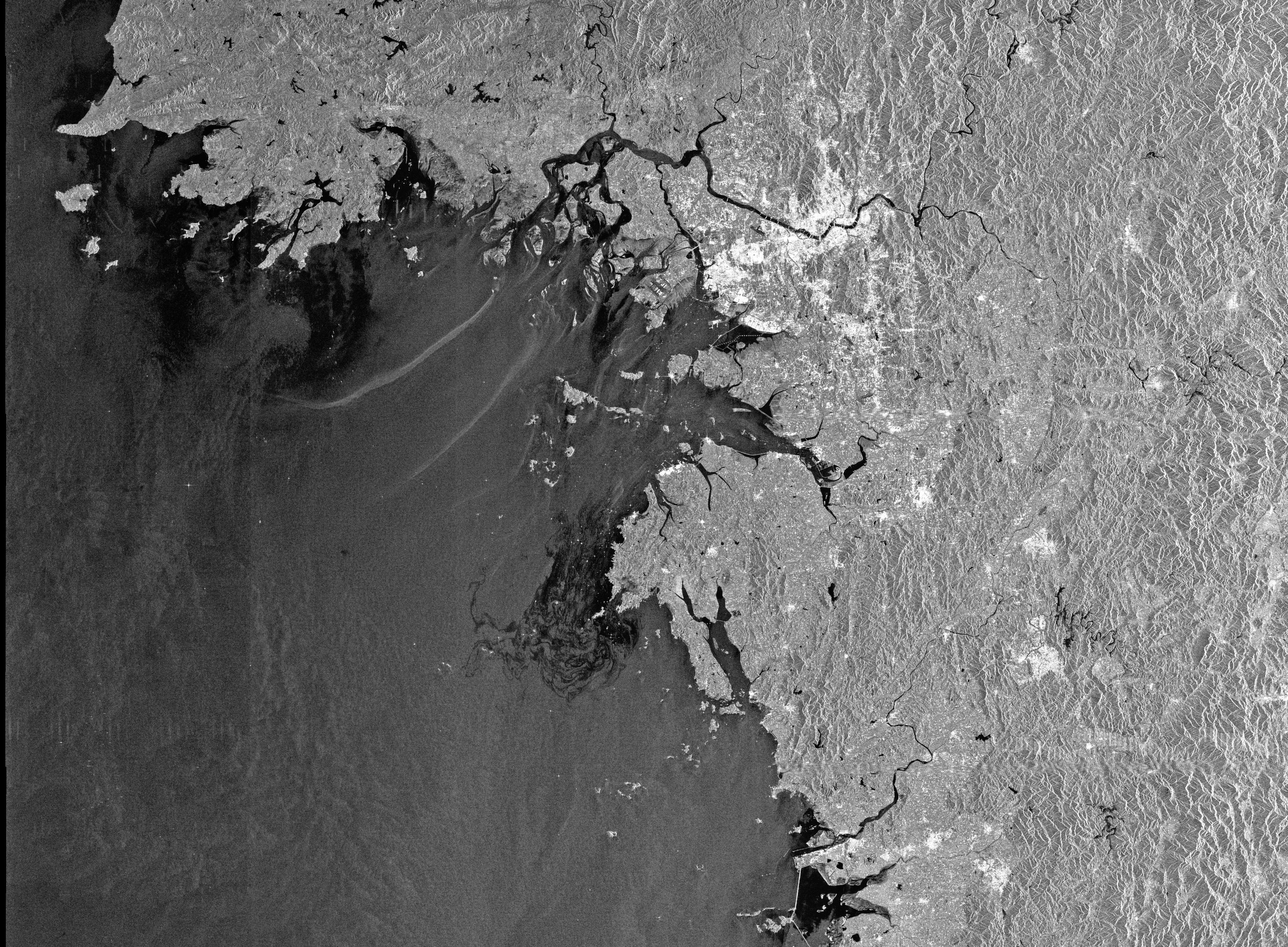 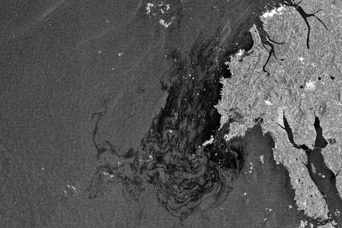 Crude oil from the wrecked 146,000-ton tanker, Hebei Spirit, is seen polluting the sea off South Korea in this Envisat image. In this image, the dark oil covers the coastal waters of the Yellow Sea southwest of Seoul, South Korea. More than 10,000 tons of oil from the tanker were reported to have leaked into the sea after the ship collided with another vessel on Friday, December 7, 2007.