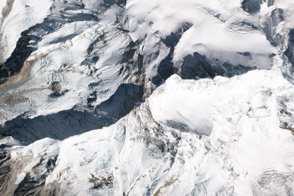 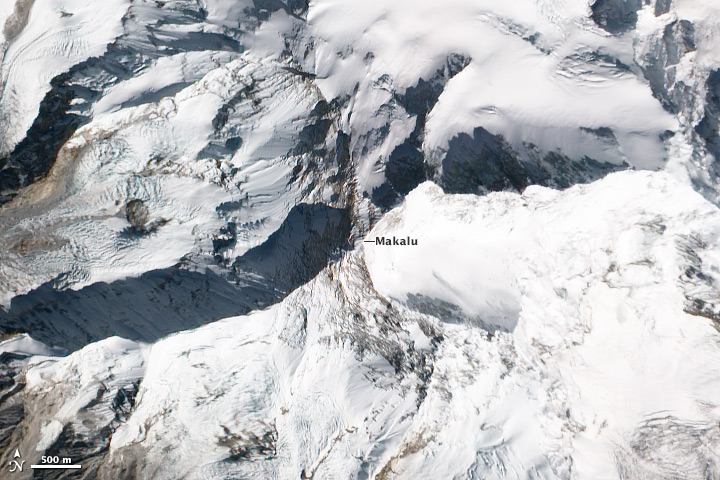 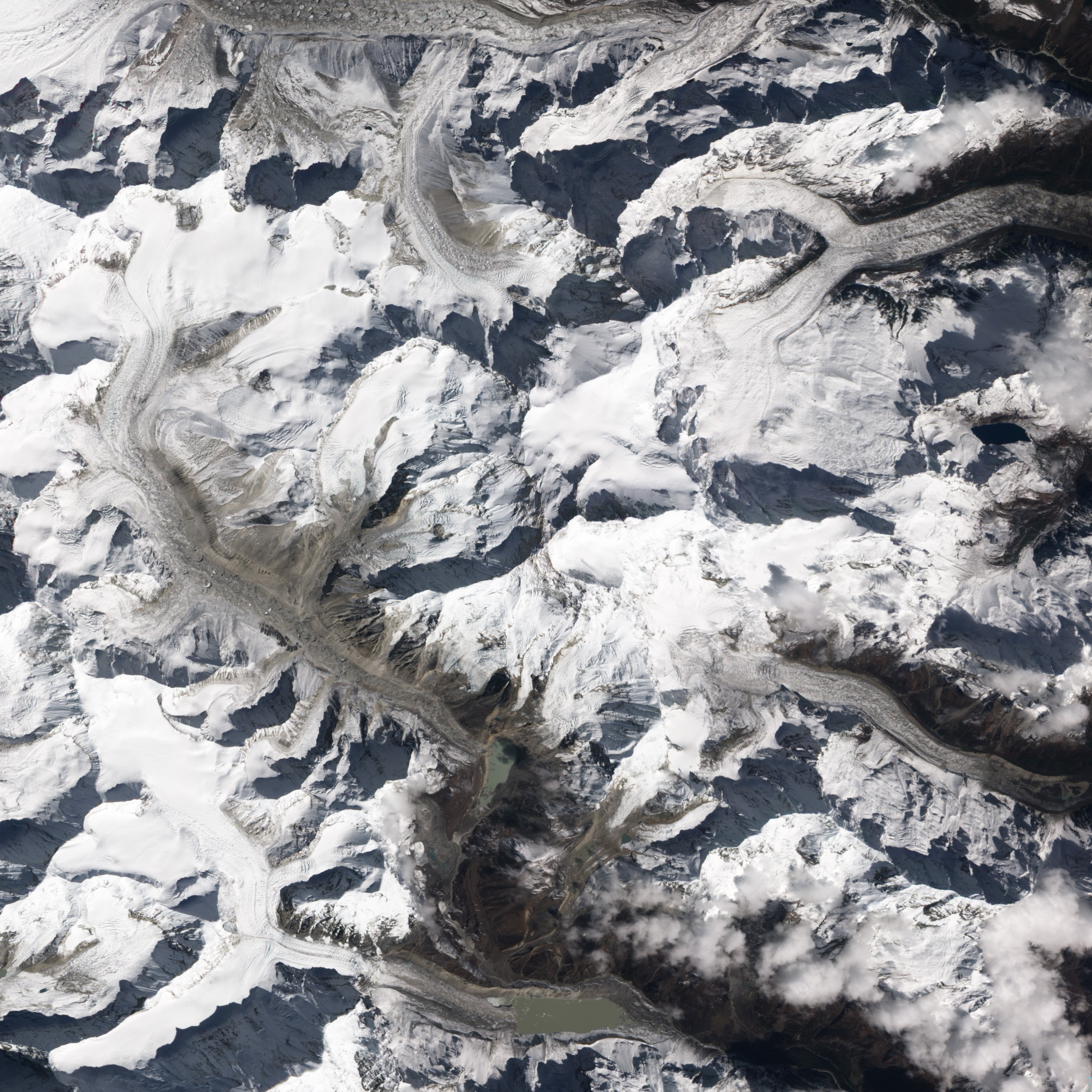 Makalu, the fifth tallest mountain in the world, is a pyramid-shaped mountain in Nepal, just 20 kilometers (12 miles) southeast of Mount Everest. There is a sharp difference—284 meters (932 feet)—between Makalu and Cho Oyu, the sixth tallest.

Makalu’s classic pyramid shape is the product of bowl-shaped cirque glaciers grinding away at the summit on all sides. Erosion left thin ridges, known as arêtes, which meet at the summit and form a shape that looks like an X from above.

In Tibetan, Makalu means “Great Black”—a reference to the oft-exposed granite that makes up the mountain’s summit. The isolated peak is known for the strong winds that whip frequently around it and scour the snow away. The western and southern faces appear particularly bare in this image.

Makalu proved difficult to conquer. The southeast face thwarted an American team in 1954. A New Zealand team led by Edmund Hillary—the first person to ascend Mount Everest—failed the same year. A French team succeeded in 1955, following a route up the north face. Nine members of that team made it to the summit—an unusual accomplishment. During first ascents of most eight-thousanders, just one or two members of a team generally reached the summit, while others provided logistical support.

A total of 361 people had climbed Makalu successfully as of March 2012, while 31 had died trying—a fatality rate of about 9 percent.