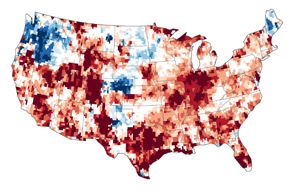 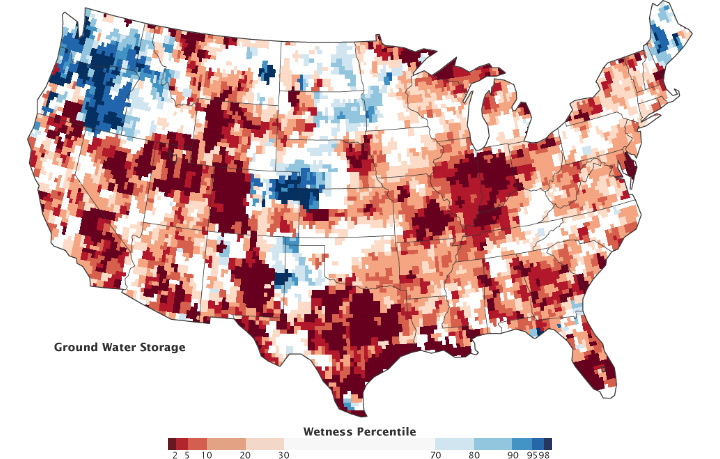 Scientists combine GRACE data with ground-based measurements to map ground water. These maps compare conditions during the week of August 20, 2012, to the long-term average from 1948 to the present. For example, dark red regions represent dry conditions that should occur only 2 percent of the time (once every 50 years). The animation shows conditions from August 2002 to August 2012. Learn more: The Gravity of Water: The GRACE mission offers a novel and much needed view of Earth’s water supplies.

Maps by Chris Poulsen, National Drought Mitigation Center at the University of Nebraska-Lincoln, based on data from Matt Rodell, NASA Goddard Space Flight Center, and the GRACE science team.