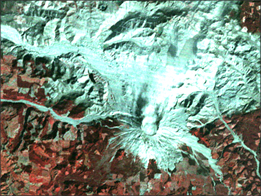 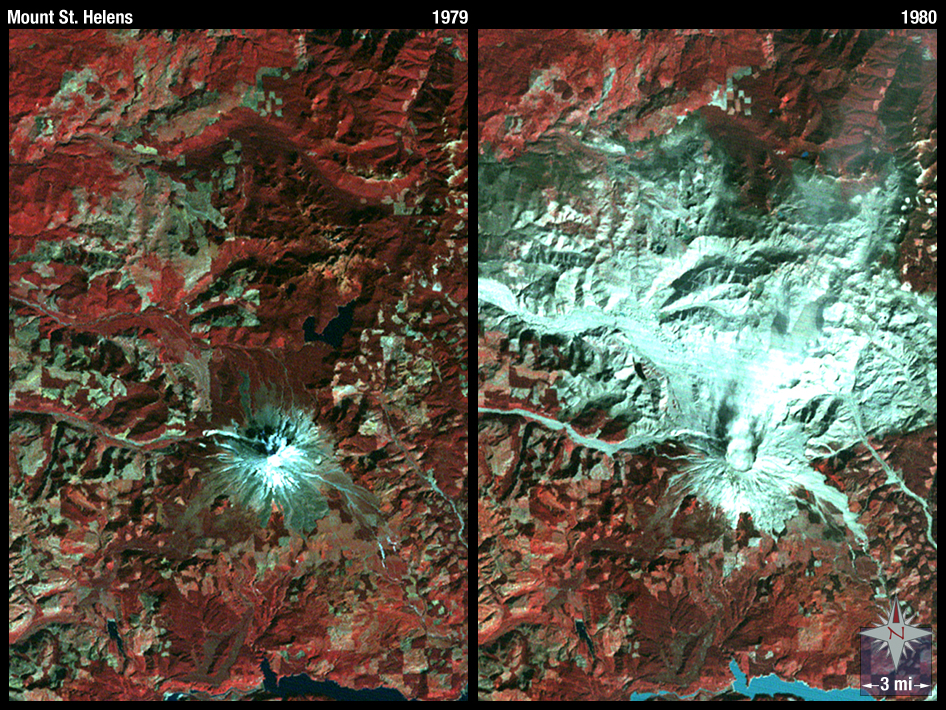 On May 18, 1980, Mount St. Helens in Washington state erupted, ejecting ash and stone 80,000 feet into the air and scattering ash debris over 11 states. The eruption killed 57 people and caused $1 billion in damages. In this before-and-after image pair vegetation is red. On the left-hand image the snow-covered Mount St. Helens can be seen in the image center. On the right-hand image the immense ash plume left by the eruption spills northward from the volcano. A massive new caldera can be seen where the mountaintop once stood.