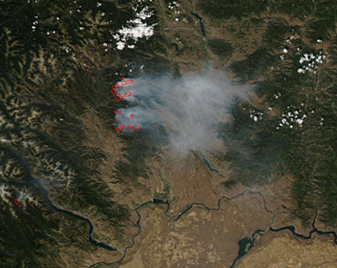 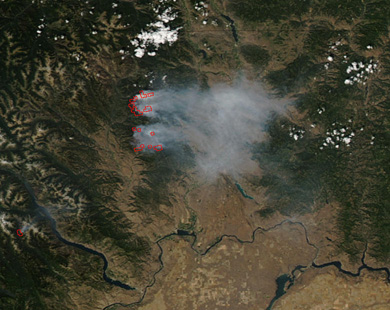 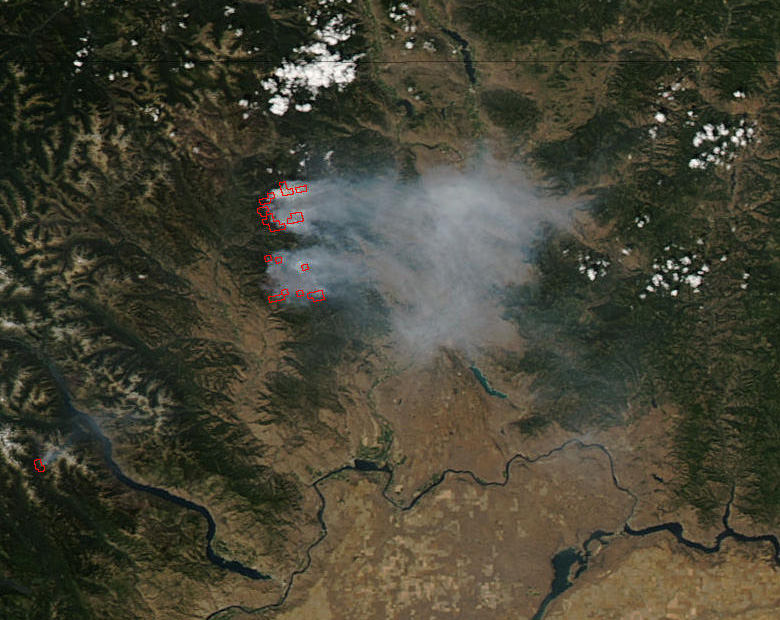 In the Okanogan-Wenatchee National Forest in northern Washington, a complex of two large fires that started in July continued to burn on August 2, 2006. The Tripod Complex Fire was burning in beetle-killed lodgepole pine forests and had grown to more than 40,000 acres as of August 3, according to estimates from the National Interagency Fire Center. West of Lake Chelan, the smaller Tin Pan Fire continued to burn as well.

This image was captured by the MODIS on NASA’s Aqua satellite on August 2. Places where the sensor detected actively burning fire are outlined in red.