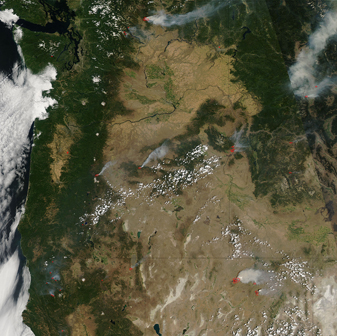 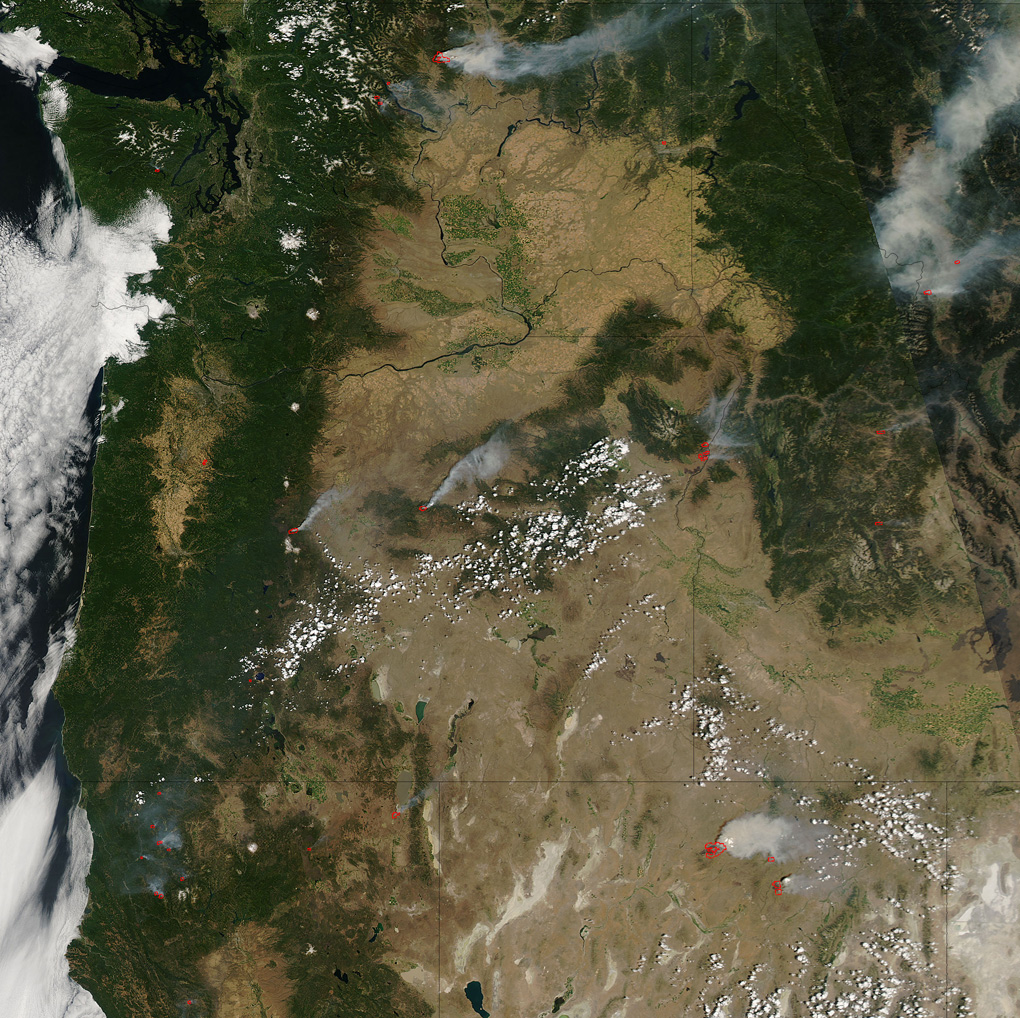 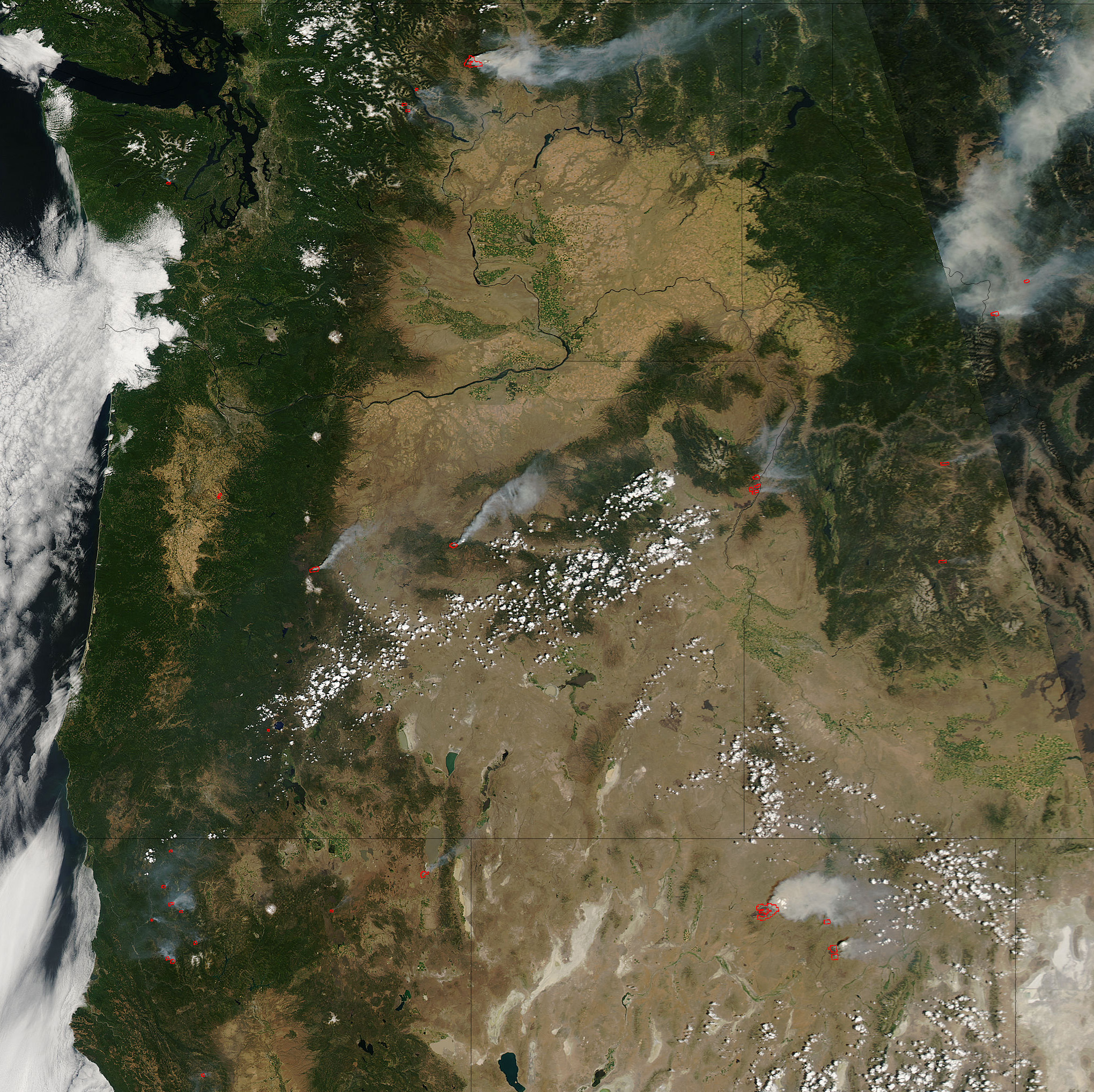 Fires in the Western United States

The western United States was wilting under widespread hot temperatures in late July 2006. In blazing heat, firefighters were working to contain numerous wildfires in several Western states, including Washington, Oregon, California, Nevada, and Idaho. This image of the area was captured on July 27 by the MODIS on the Aqua satellite. Places where MODIS detected actively burning fires are marked in red. Four of the largest blazes (as of July 28) have been labeled: the 12,000-acre Tripod Fire in Washington; the 28,958-acre Foster Gulch Complex near the Oregon-Idaho state line; the 4,550-acre Sage Fire in California; and the 30,000-acre Winters Fire in northern Nevada.