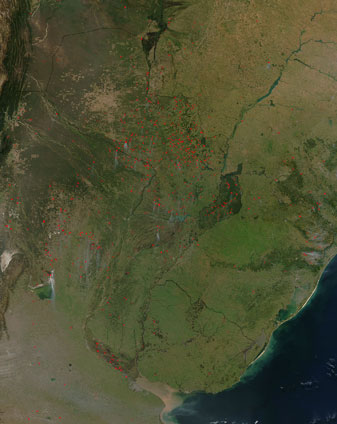 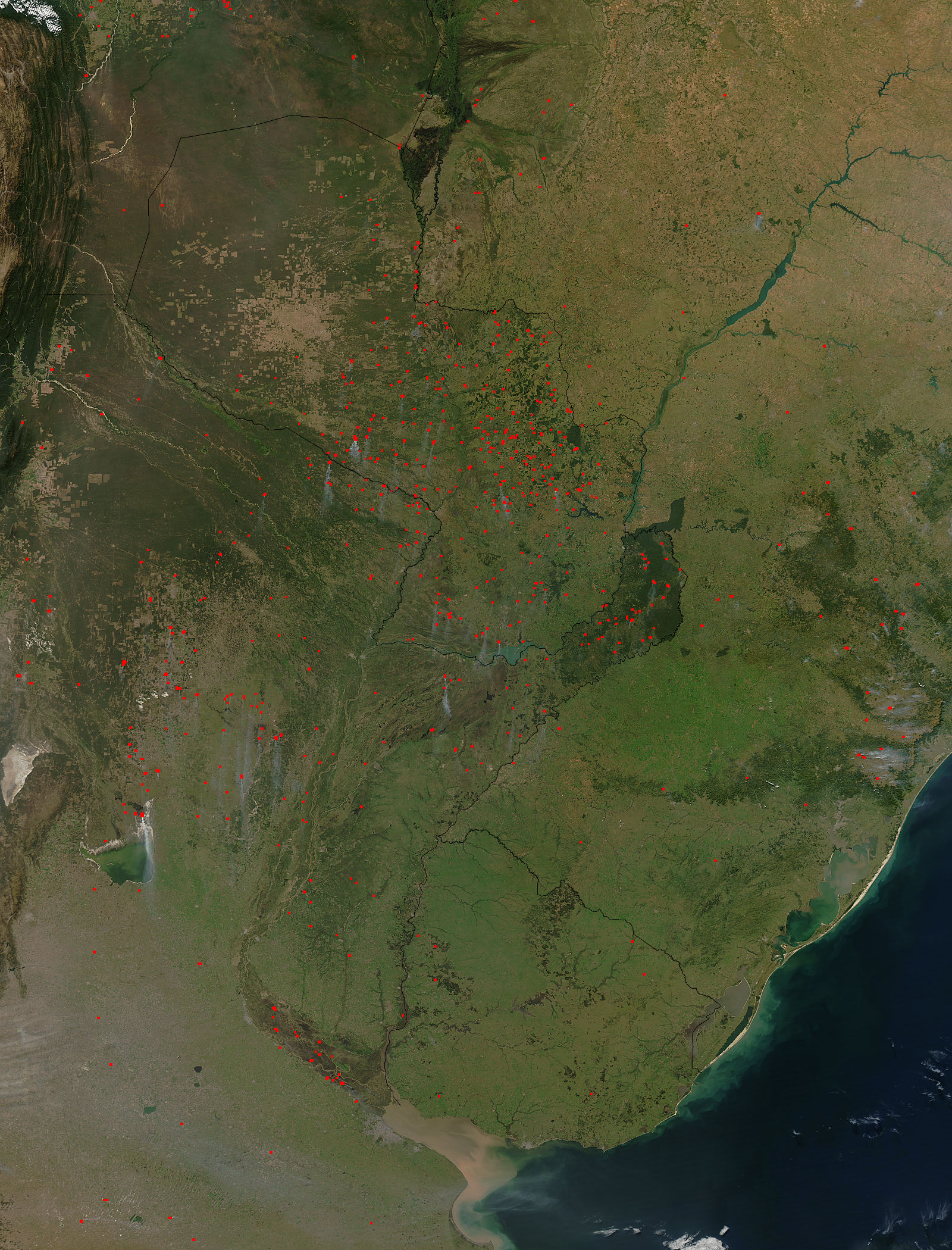 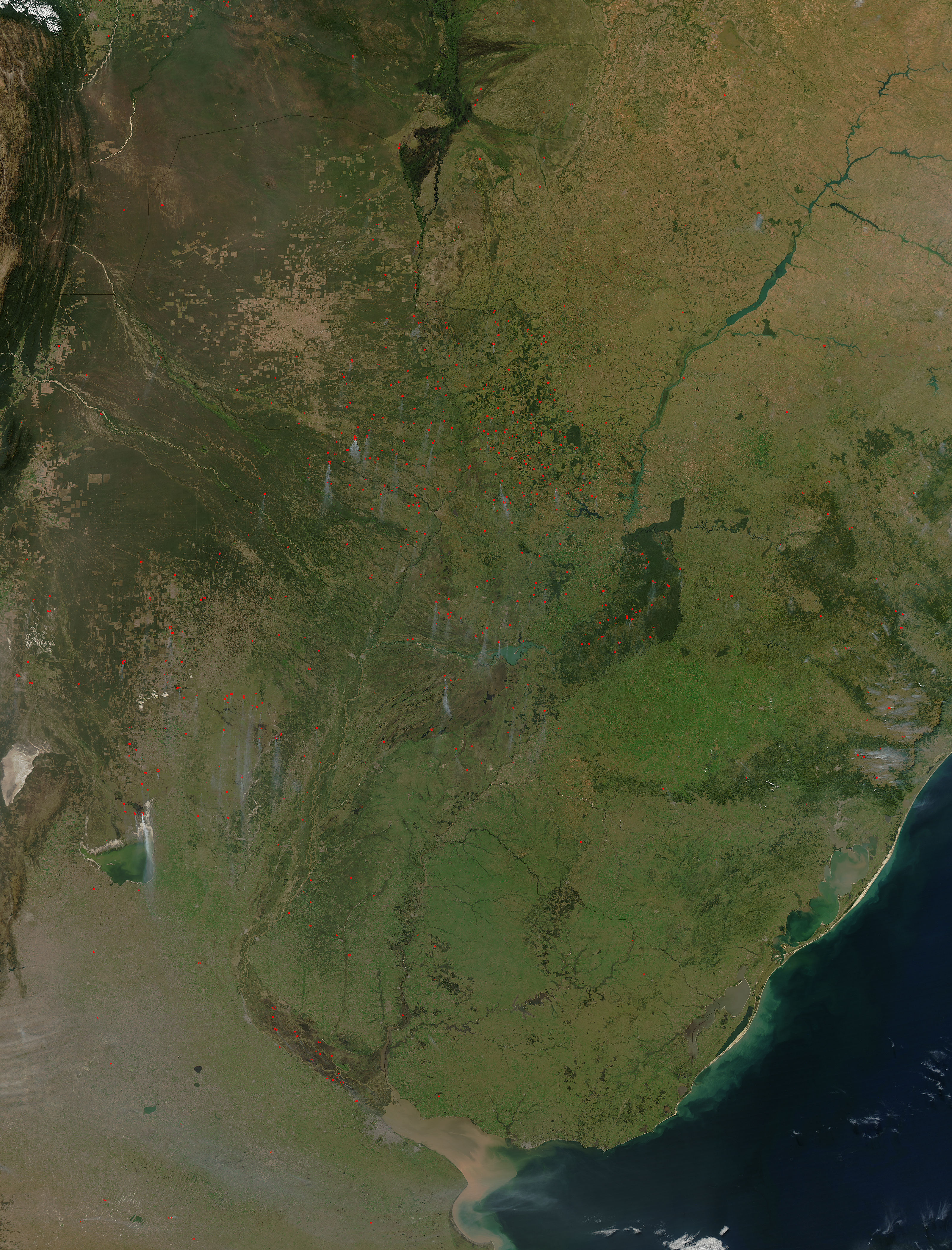 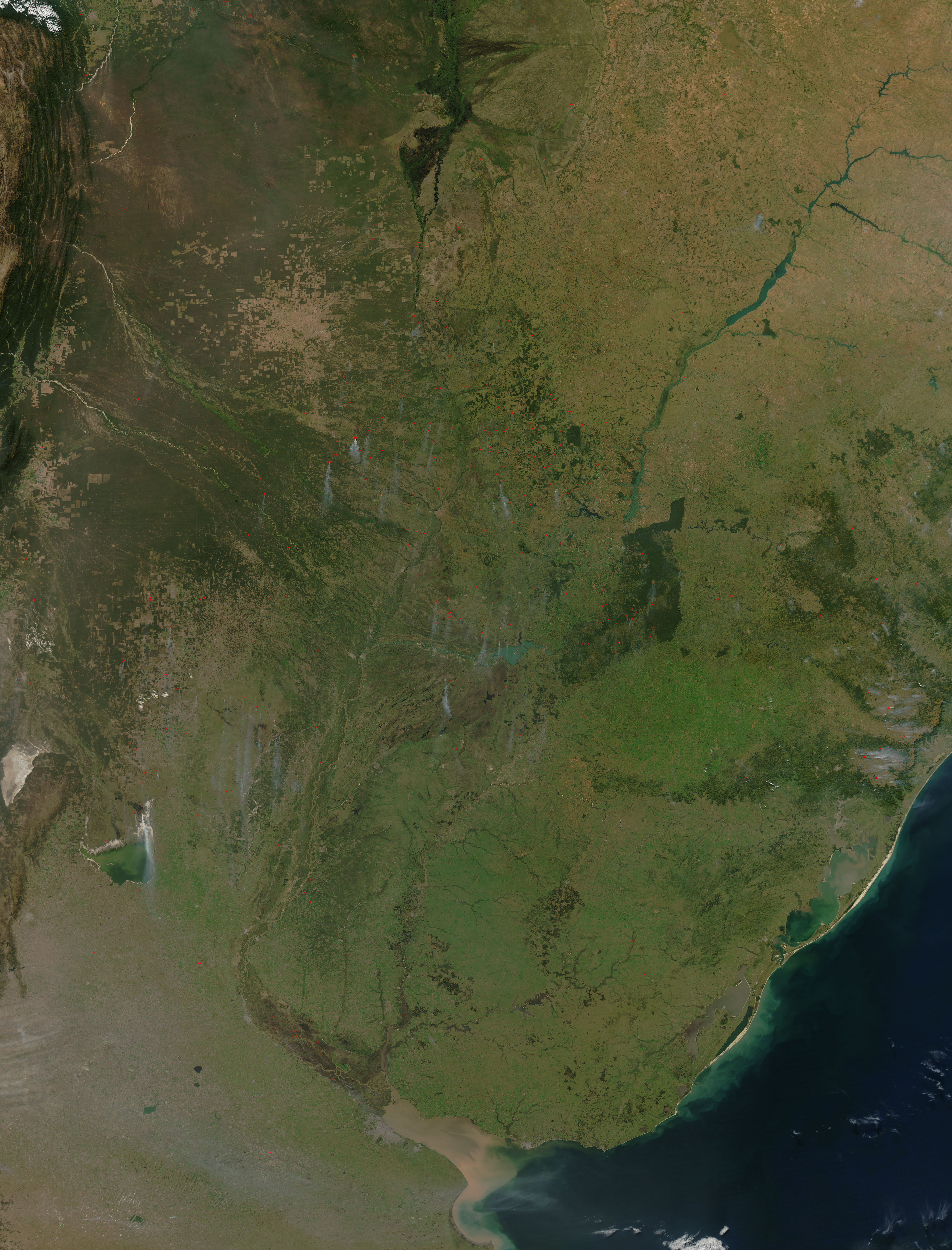 This MODIS Aqua image, captured on July 20th, 2006, shows a multitude of fires in South America; the image is mainly centered on the country of Paraguay. Paraguay is bordered by Bolivia in the northwest, Brazil on the north east, east, and south east, and Argentina in the south west.

The red dots show the locations of the active fires in the region, and in some cases, plumes of gray smoke are visible. The fires are agricultural in nature - in the many parts of South America, biomass burning is concentrated during the months of July-October. One such use of fire is to deforest areas and convert them to agricultural land. In the image, isolated patches of intact forest appear deep green, while agricultural lands and tropical savannas appear lighter green.

At the bottom center of the image, you can see the Atlantic Ocean along the coast of Brazil, and a small country just south of Brazil, Uruguay. The capital of Uruguay, Montevideo is visible as a small gray patch on Uruguay's southern coast, near the mouth of Rio de la Plata. On the opposite side of the river, slightly further west is the capital of Argentina, Buenos Aires. It's visible as a larger gray patch.