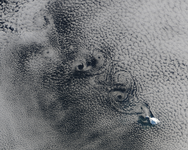 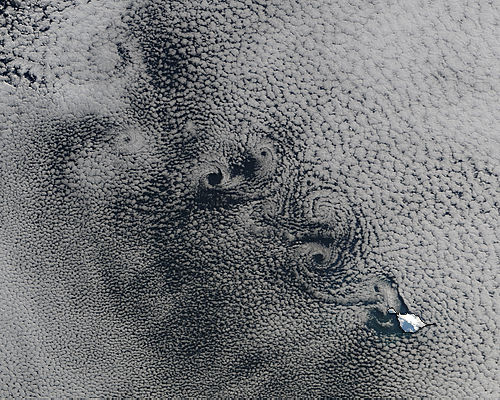 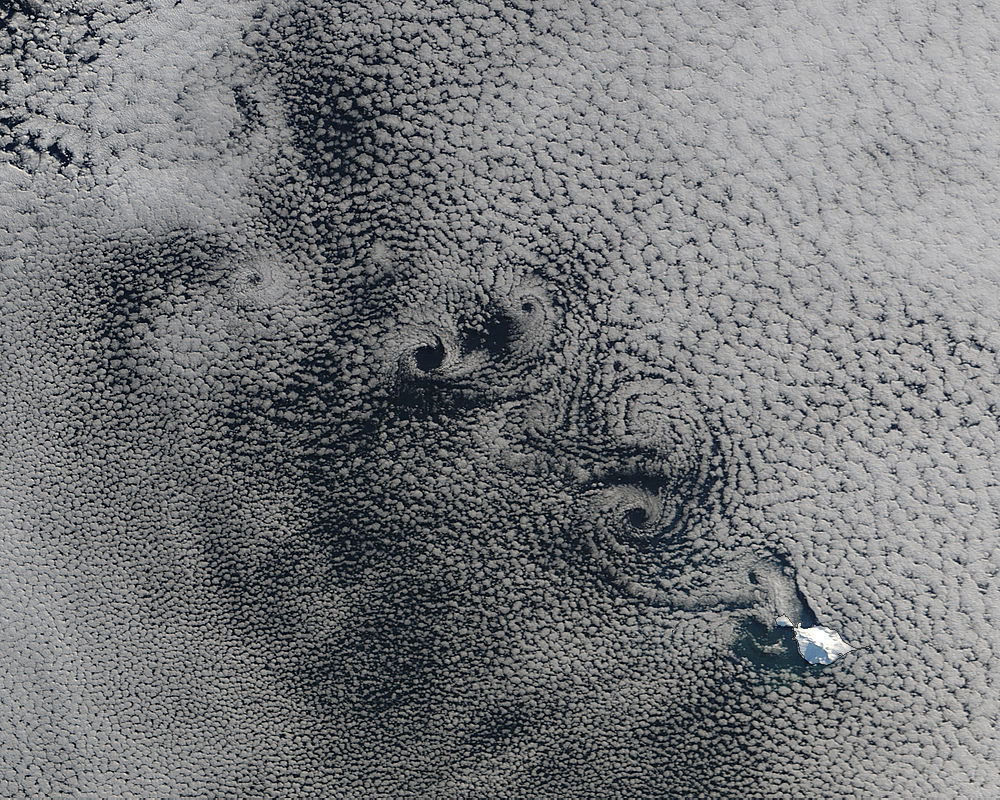 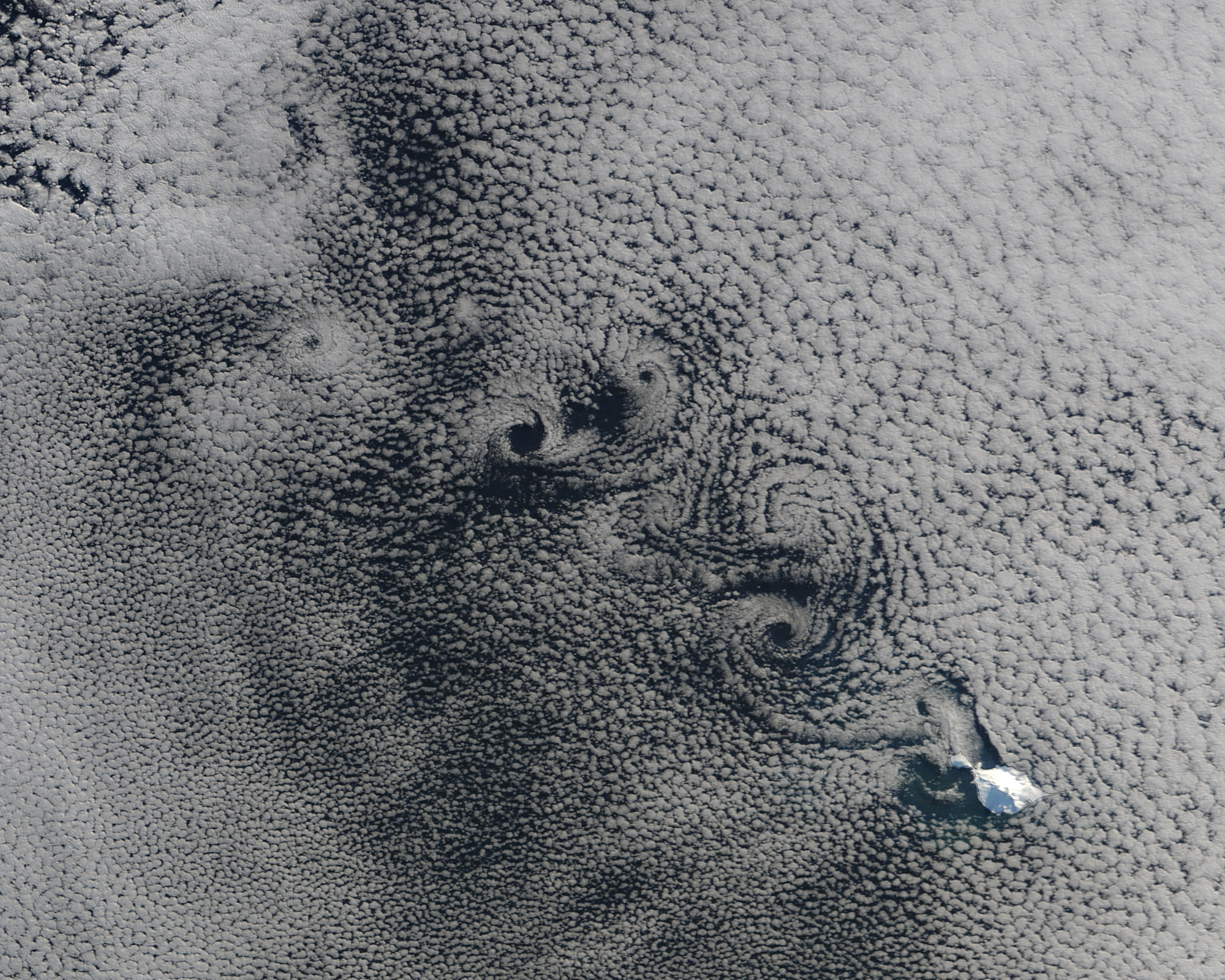 Clouds are made up of many small droplets of water or ice crystals. Clouds form around what is called a condensation nucleus, which could be a small particle of dust, ash, or smoke. Clouds reflect all visible wavelengths of sunlight, which often makes them appear white. However, clouds sometimes appear gray or even black, as they do in this image. This is caused by the process of accumulation, where droplets within the cloud merge with others, forming larger droplets. The space between droplets then becomes larger, allowing more light to be absorbed within the cloud, making it appear darker to the naked eye. A cloud vortex- the circular pattern seen here- is produced by the flow of air in the atmosphere. Heard Island (visible in the lower right portion of the image) is located in the Indian Ocean, about two-thirds of the way from Madagascar to Antarctica. The island is uninhabited by humans, although it is home to many birds and seals. Heard Island is rugged and mountainous, and is mostly covered with ice. It is also home to an active volcano, Mawson Peak. The island has been a territory of Australia since 1947.