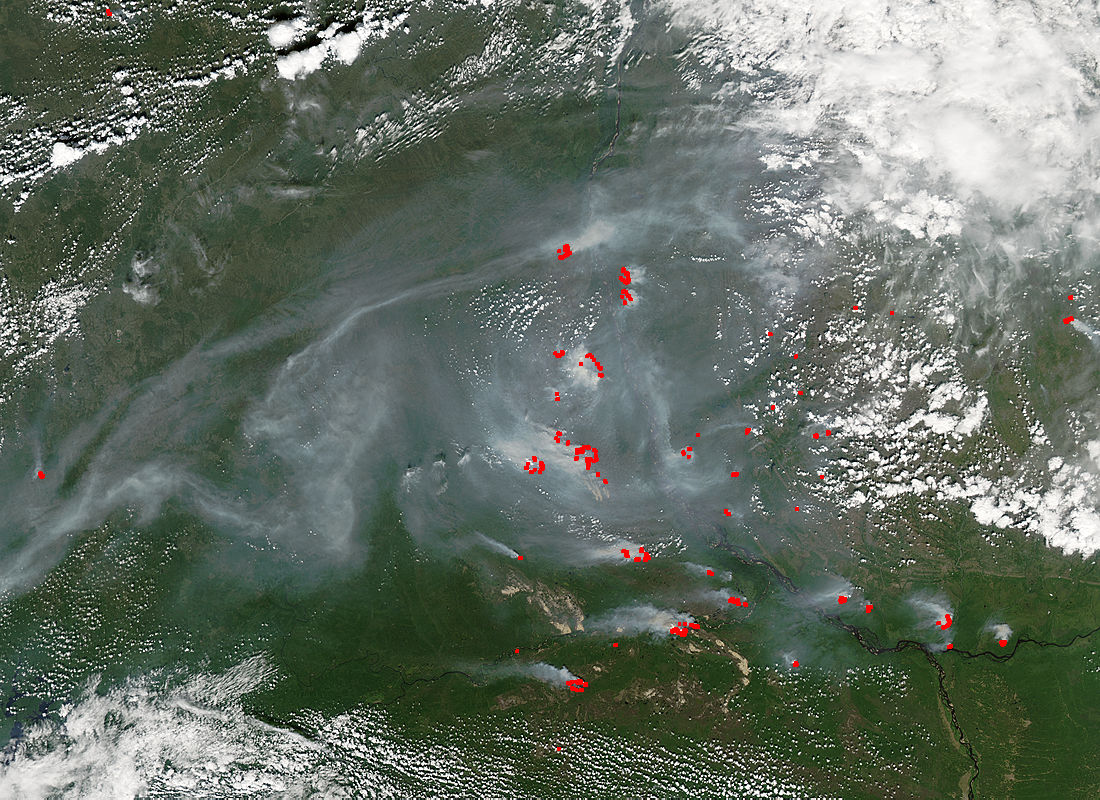 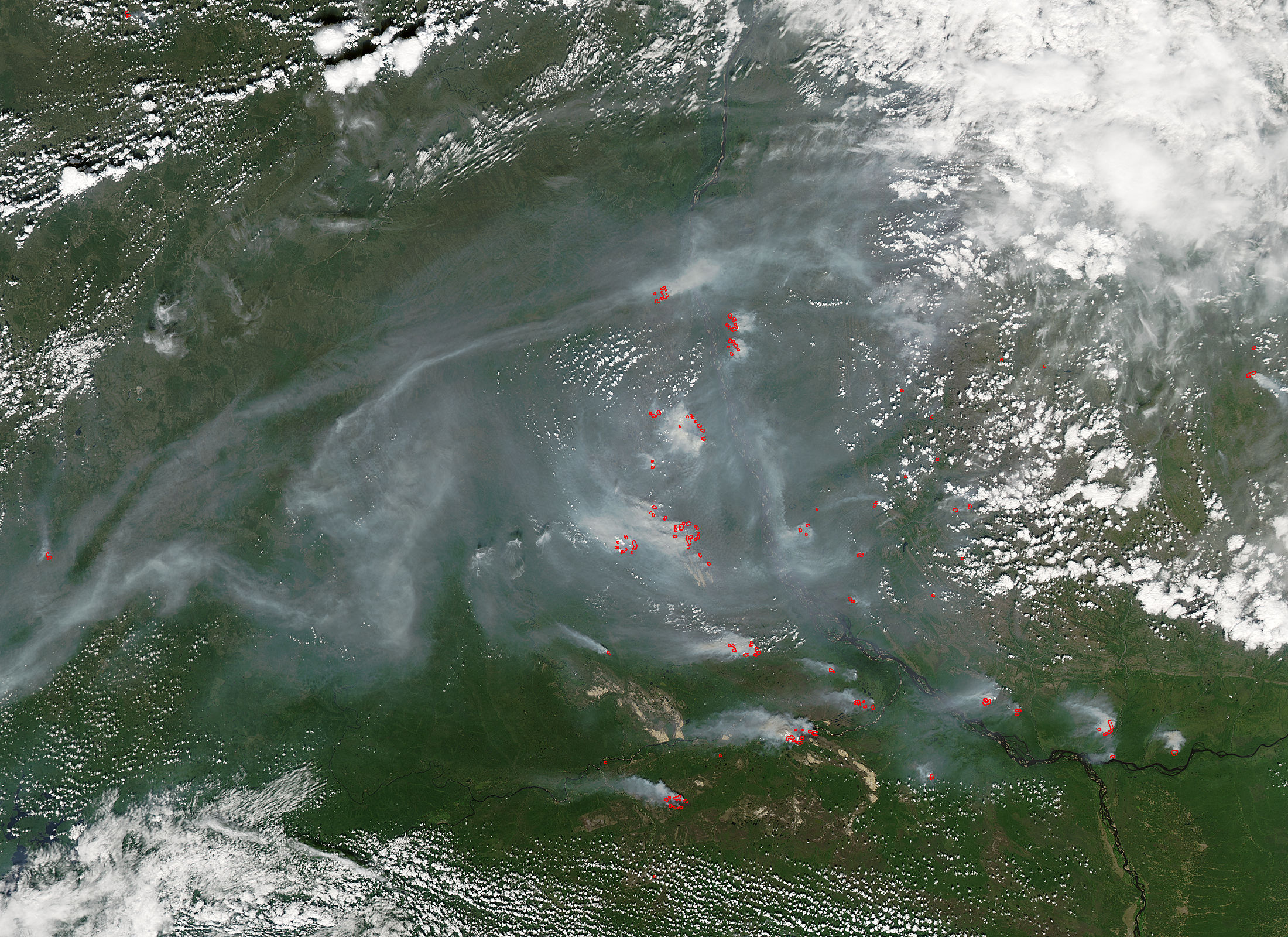 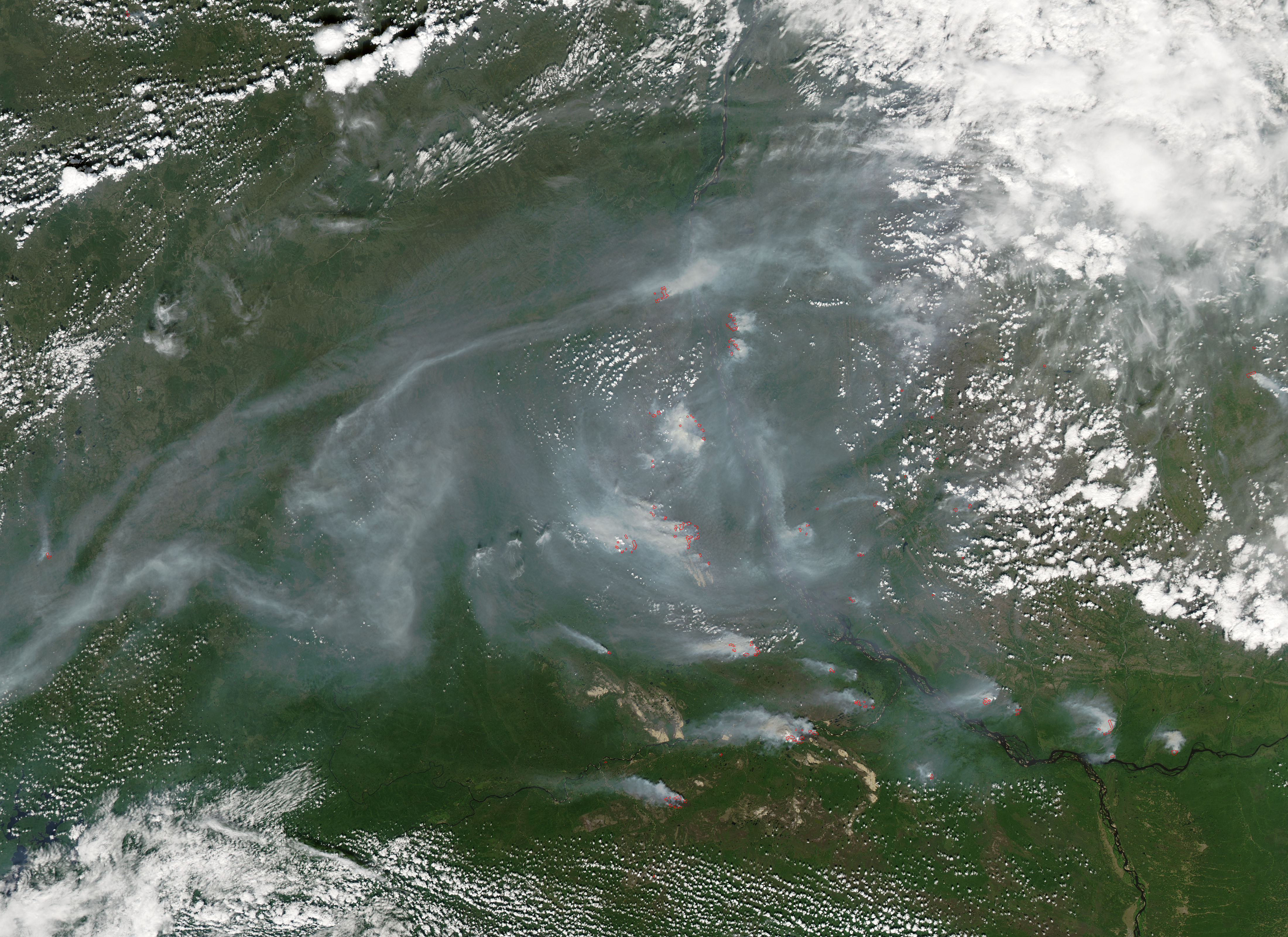 Fires and smoke in central Siberia

With the higher temperatures of summer come wildfires, as shown in this true-color Aqua MODIS image of Siberia, northern Russia. Acquired on July 7, 2005, this image shows a number of large fires and large clouds of smoke covering the portion of Siberia called the Western Siberian Lowlands near where the Ob River and Irtysh River split. The Ob River runs from the top center to the lower right edge, while the Irtysh breaks off toward the bottom right edge. To the west, just outside of the range of this image, are the Ural Mountains, which function as Siberia's western border. Like most of Siberia, this area is only sparsely populated, and the fires are likely burning through vast tracts of undeveloped plains, marshes, and forests.