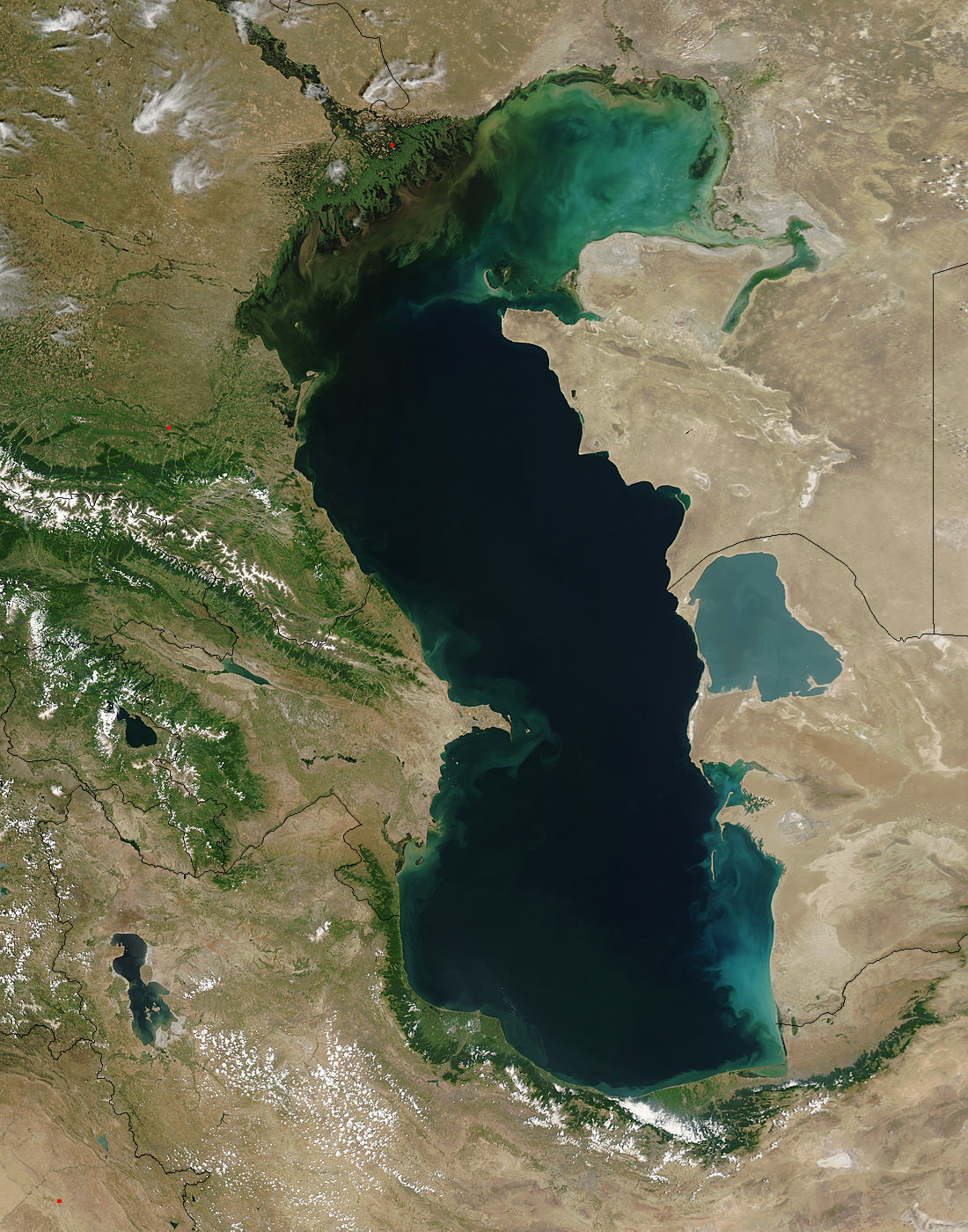 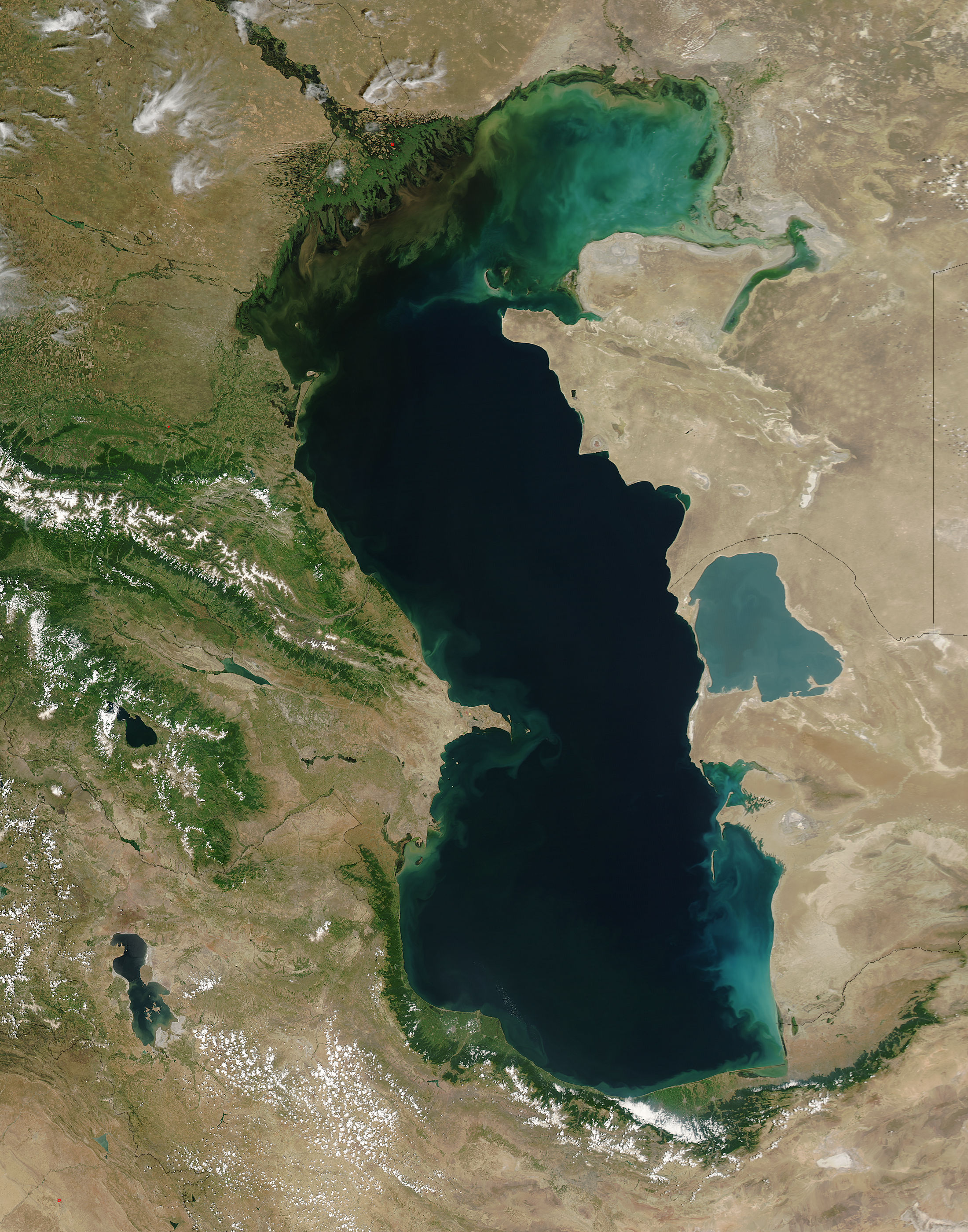 The deep green braids of the Volga River fan into a broad delta on the northwest shore of the Caspian Sea. More than 500 channels flow from the river into the sea, creating a web of wetlands that supports hundreds of species of birds, fish, and plants. The Volga River delta is one of the most productive regions of the world for fish, particularly caviar-producing sturgeon, 25 percent of which live in the Volga River. The delta also contains oil deposits where millennia of carbon-rich mud have piled until pressure and heat converted the organic material in the lowest layers into petroleum.

This true-color image of the delta was taken by the Aqua MODIS instrument on June 11, 2005. This time of year, the river is running high, flushed with melting snow and springtime rain. The flood water has swept dark brown mud into the Caspian Sea, which fades to a soupy green as it becomes diluted in the water.

Mud is not the only thing pouring into the sea with the river water. The Volga River is Europe´s longest river, flowing some 3,700 kilometers (2,300 miles) from its source in the Valday hills of northwest Russia to the Caspian Sea. As it winds its way through Russia, it passes through several large cities, including Moscow, and is lined with agriculture. In its travels, the river picks up agricultural and industrial run-off, and these chemicals are deposited into the Caspian at the Volga River delta. The added fertilizers nourish the algal blooms that grow on the surface of the sea, allowing them to grow larger. When they die, the plants begin to sink and are consumed by bacteria. A thick layer of decaying plants can suck all of the oxygen out of the water, leaving pockets of oxygen-poor water where fish cannot survive. For this reason, large algal blooms can result in fish kills. While most of the green seen in the Caspian Sea in this image appears to be diluted mud, some may be phytoplankton or algal blooms, particularly in the lower right corner of the image.