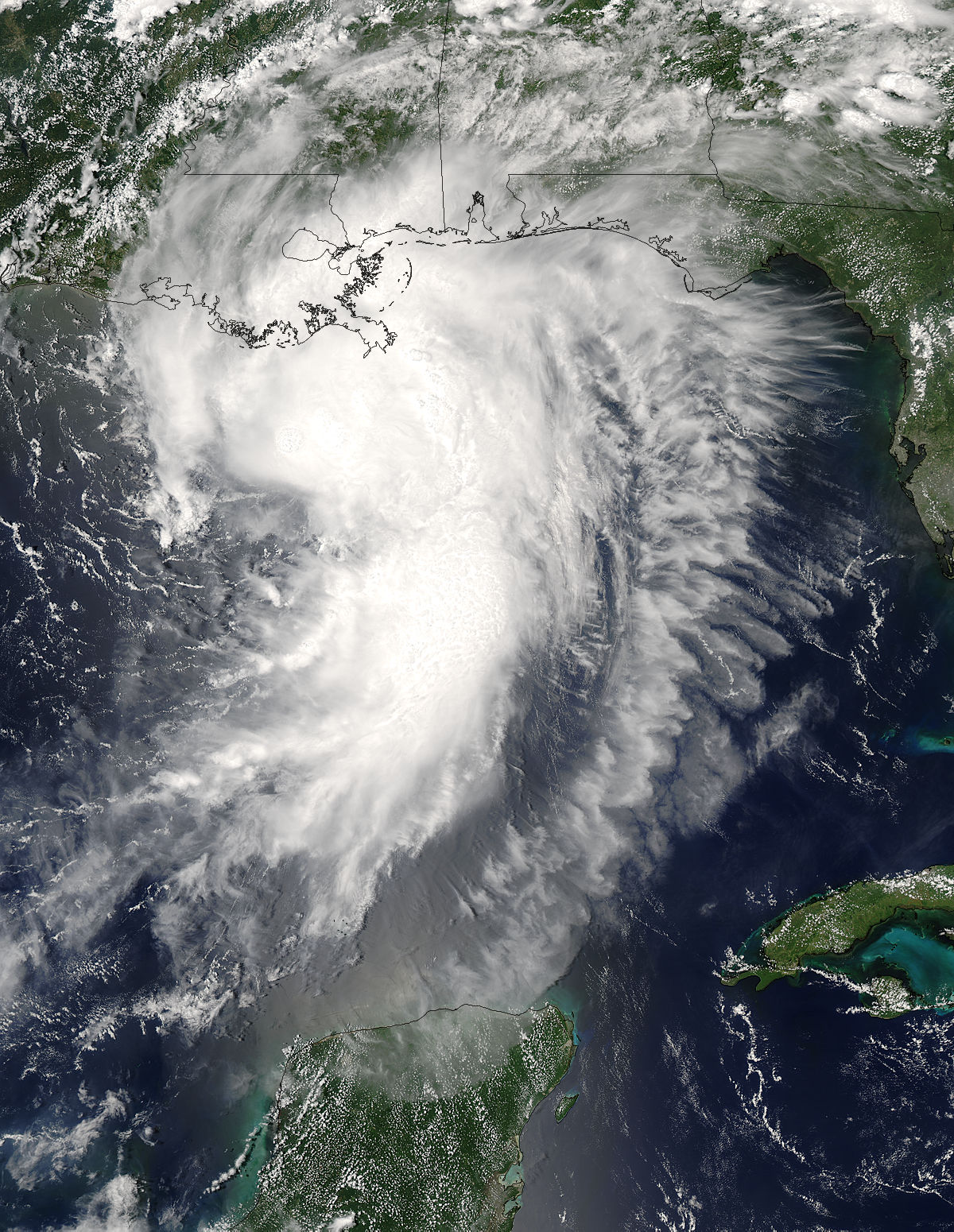 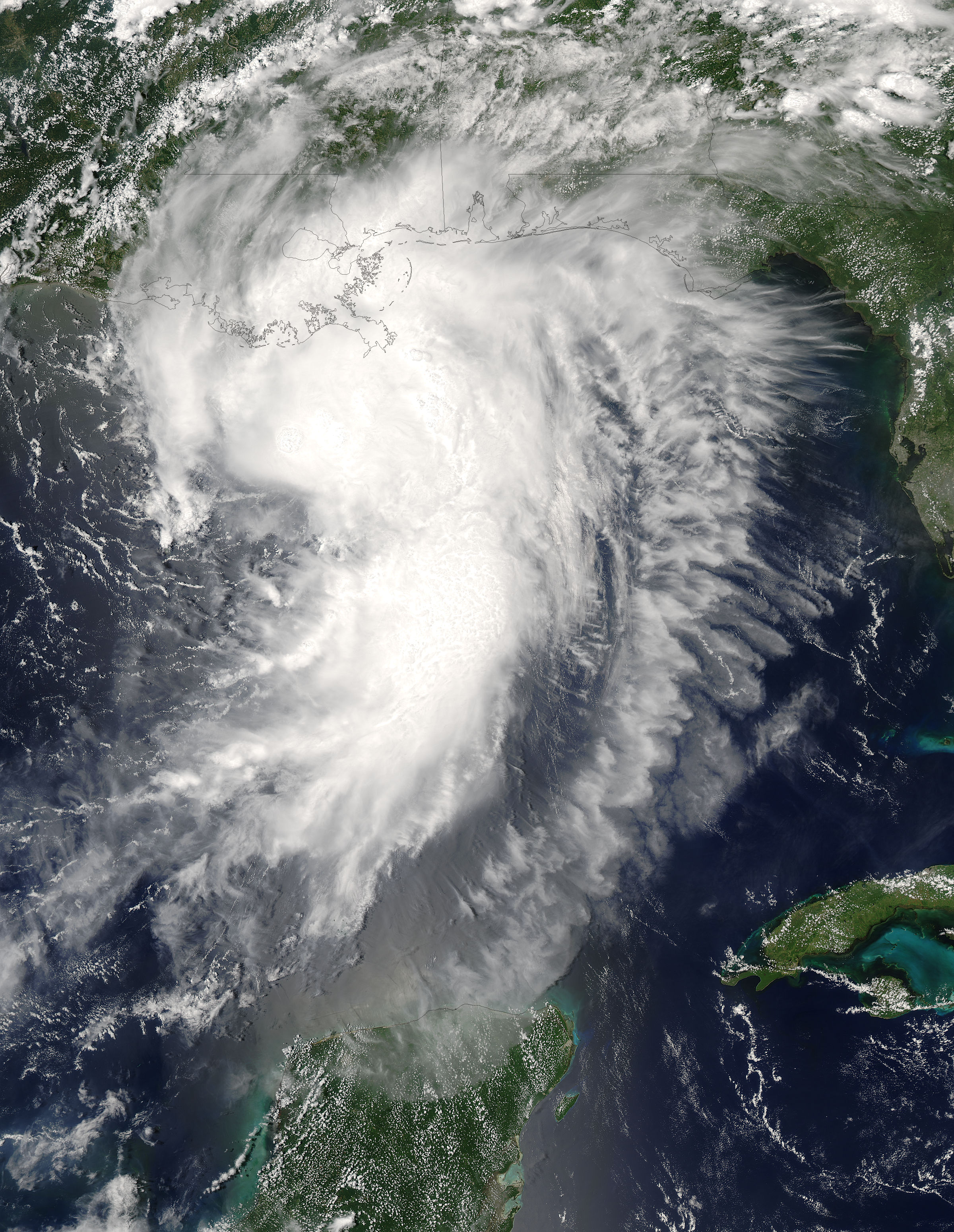 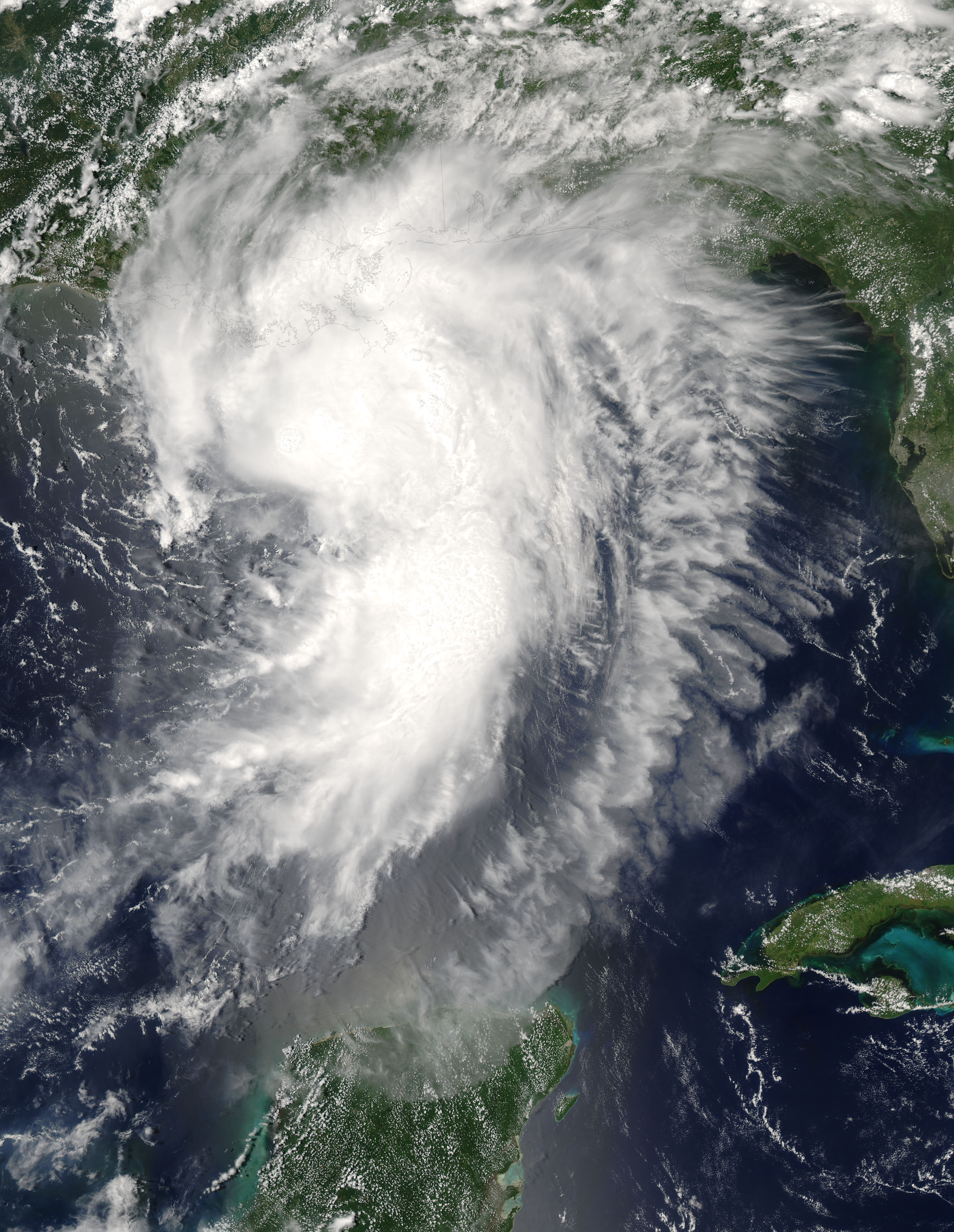 Tropical Storm Cindy was preparing to make landfall over southeastern Louisiana on July 5, 2005, when the Aqua MODIS instrument captured this image. At the time, the National Hurricane Center reported the storm to have winds of 70 miles per hour, just 4 miles per hour under hurricane status. After coming ashore near the mouth of the Mississippi River, Cindy moved northeast, drenching Alabama with rain. Though the storm left thousands without power and triggered some flooding, no serious damage has been reported. A number of oil platforms in the Gulf of Mexico were evacuated and shut down to protect workers and equipment.