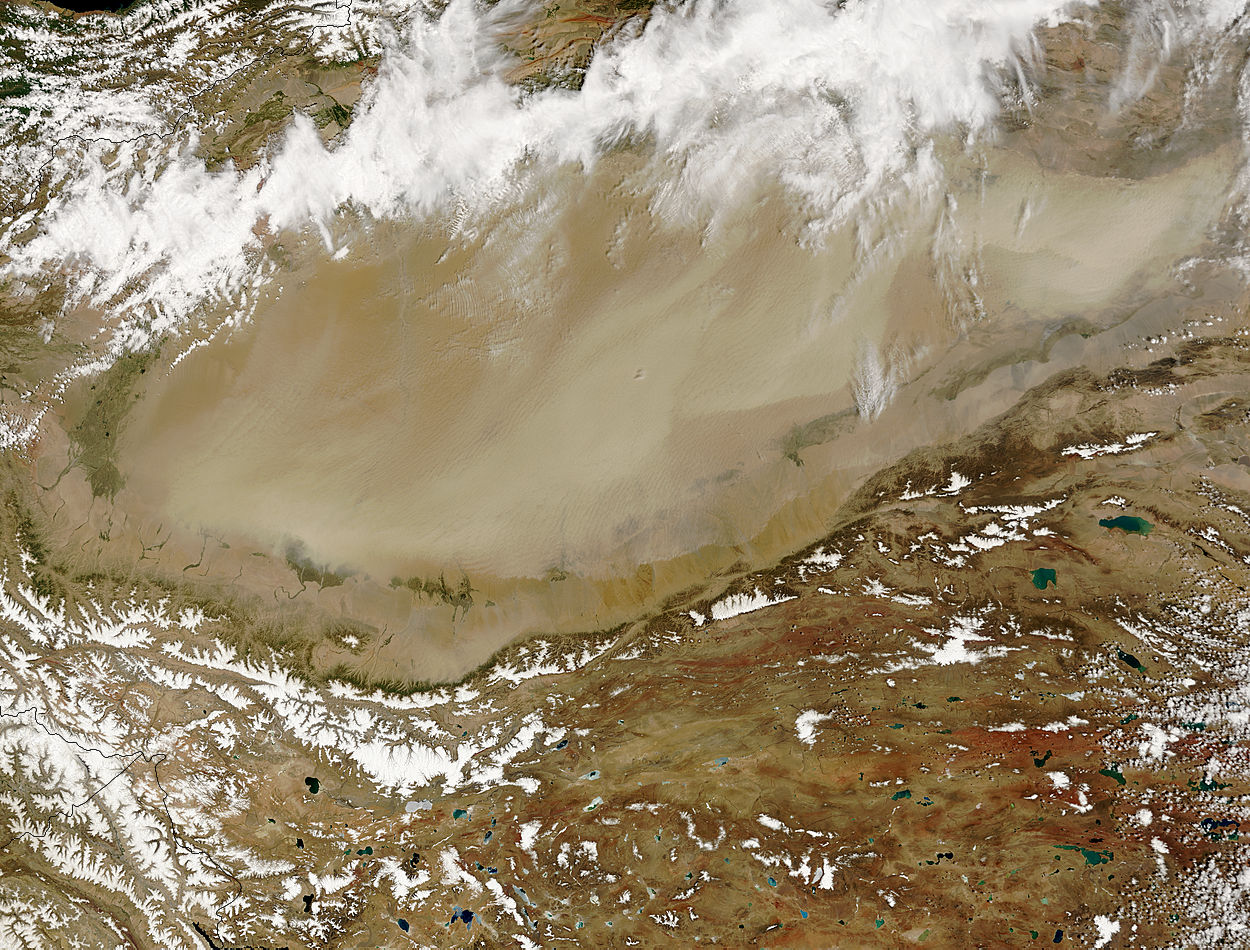 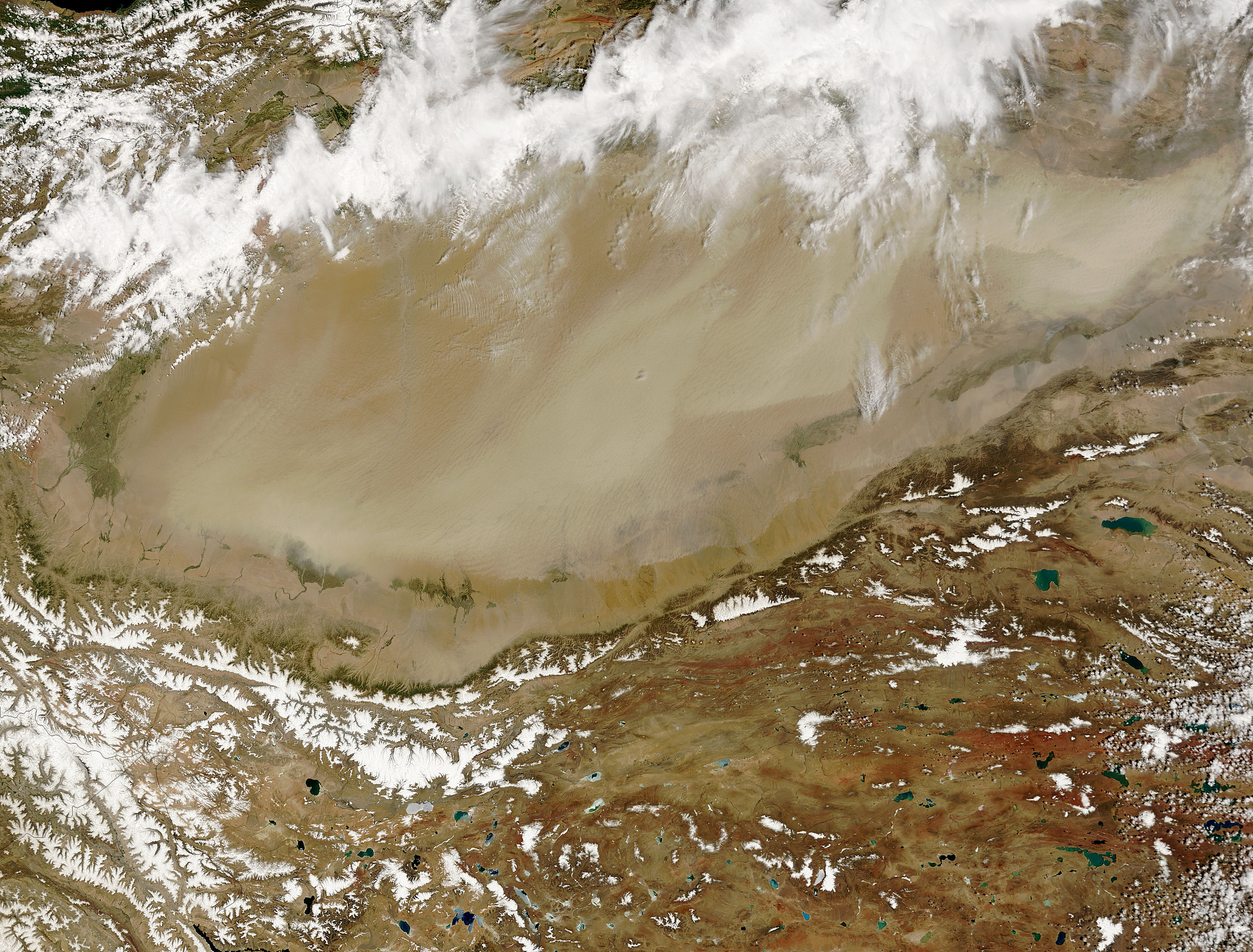 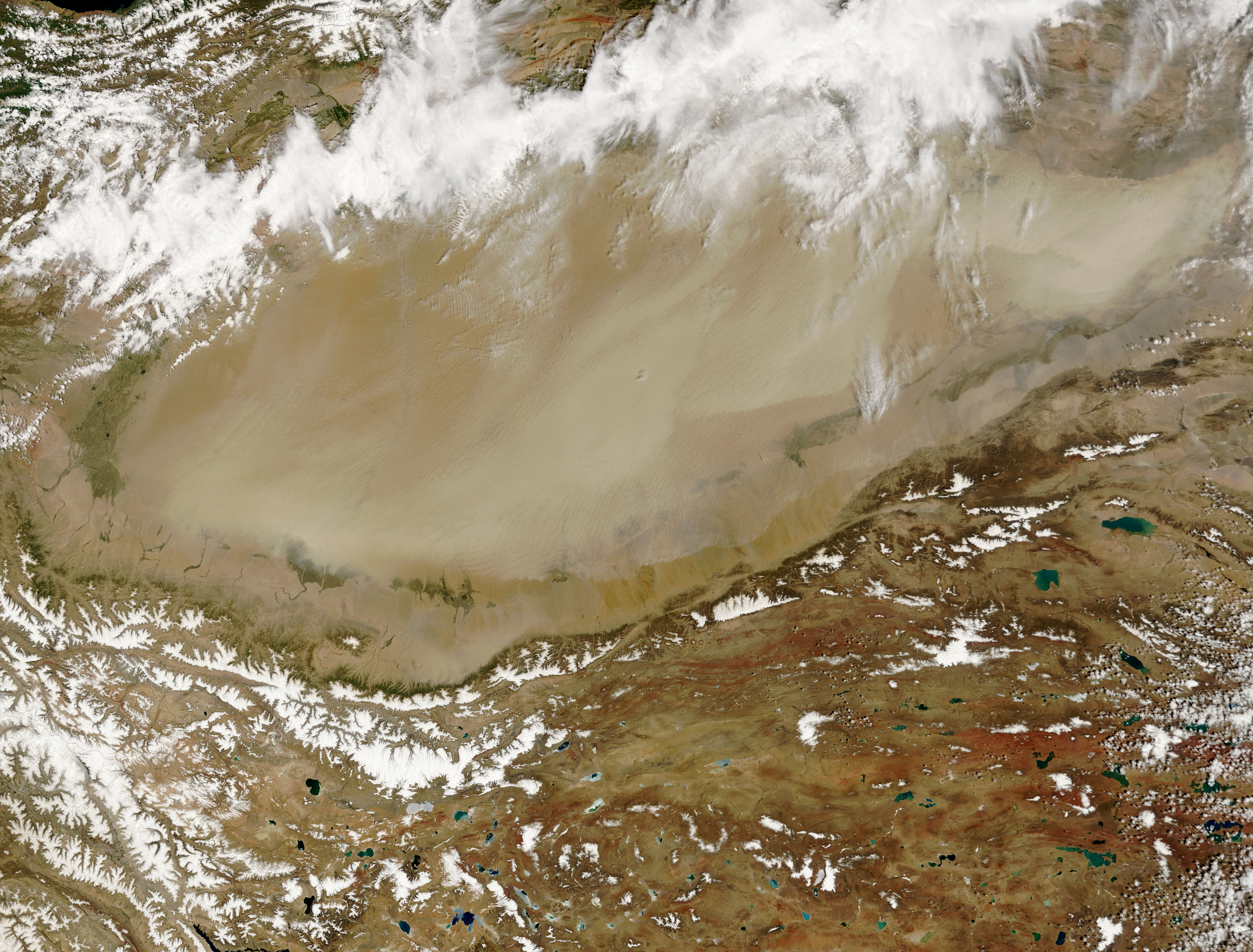 Another dust storm struck the Taklimakan Desert in western China on June 25, 2005. The Terra MODIS instrument captured this image the same day. Several hundred kilometers across, the dust storm covered the desert and swept toward the northeast. In this image, the dust storm appears in pale beige, obscuring the view of the underlying desert floor. Clouds hover to the north. Snowpack lingers on the Tien Shan Mountains in the north, and Kunlun Mountains in the south.

Dust from the Taklimakan Desert can spread worldwide, bringing respiratory ailments with it. Closer to home, it presents one more health hazard for China´s population. As reported in the journal Nature, 75 percent of China´s urban population already lives below the country´s air-quality standard, and dust storms have become far more common. From AD 300 to 1949, northwestern China averaged a major dust storm every 31 years. Since 1990, the same region has experienced a major dust storm almost every single year.

The article referenced is: