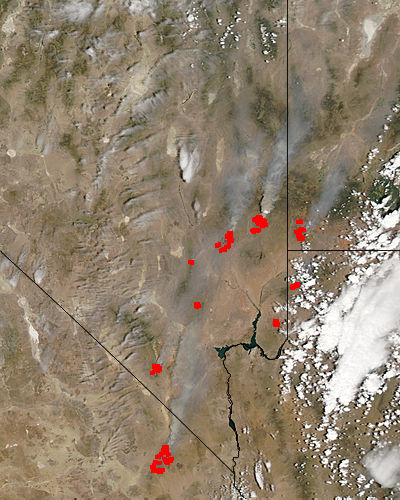 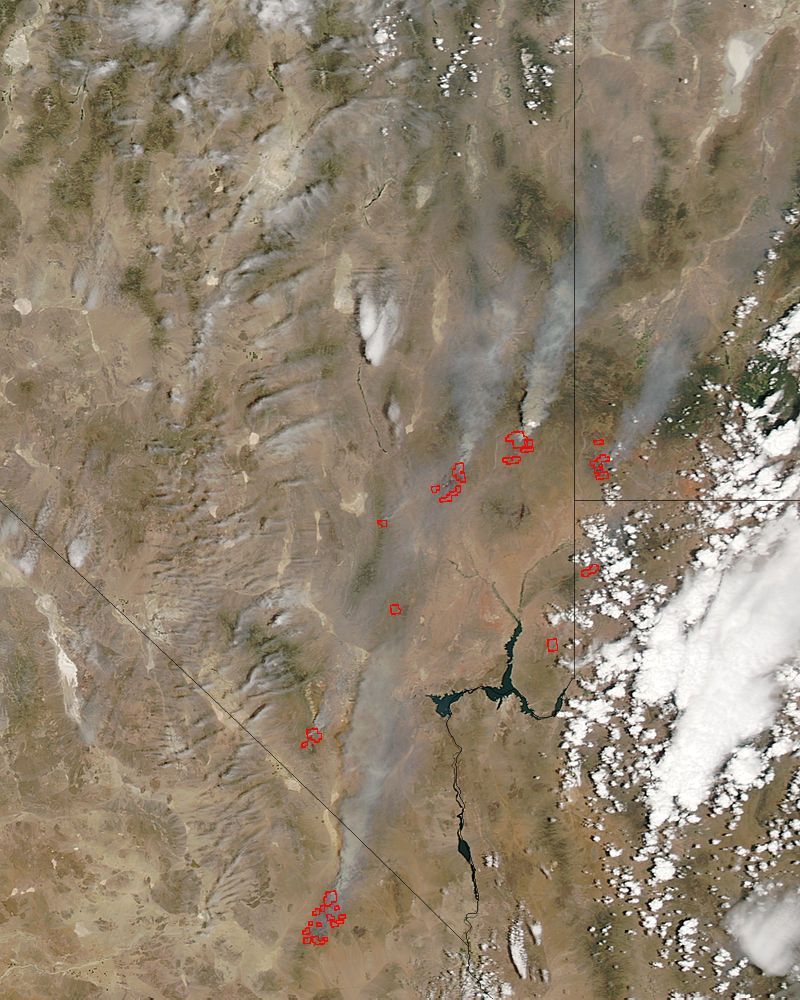 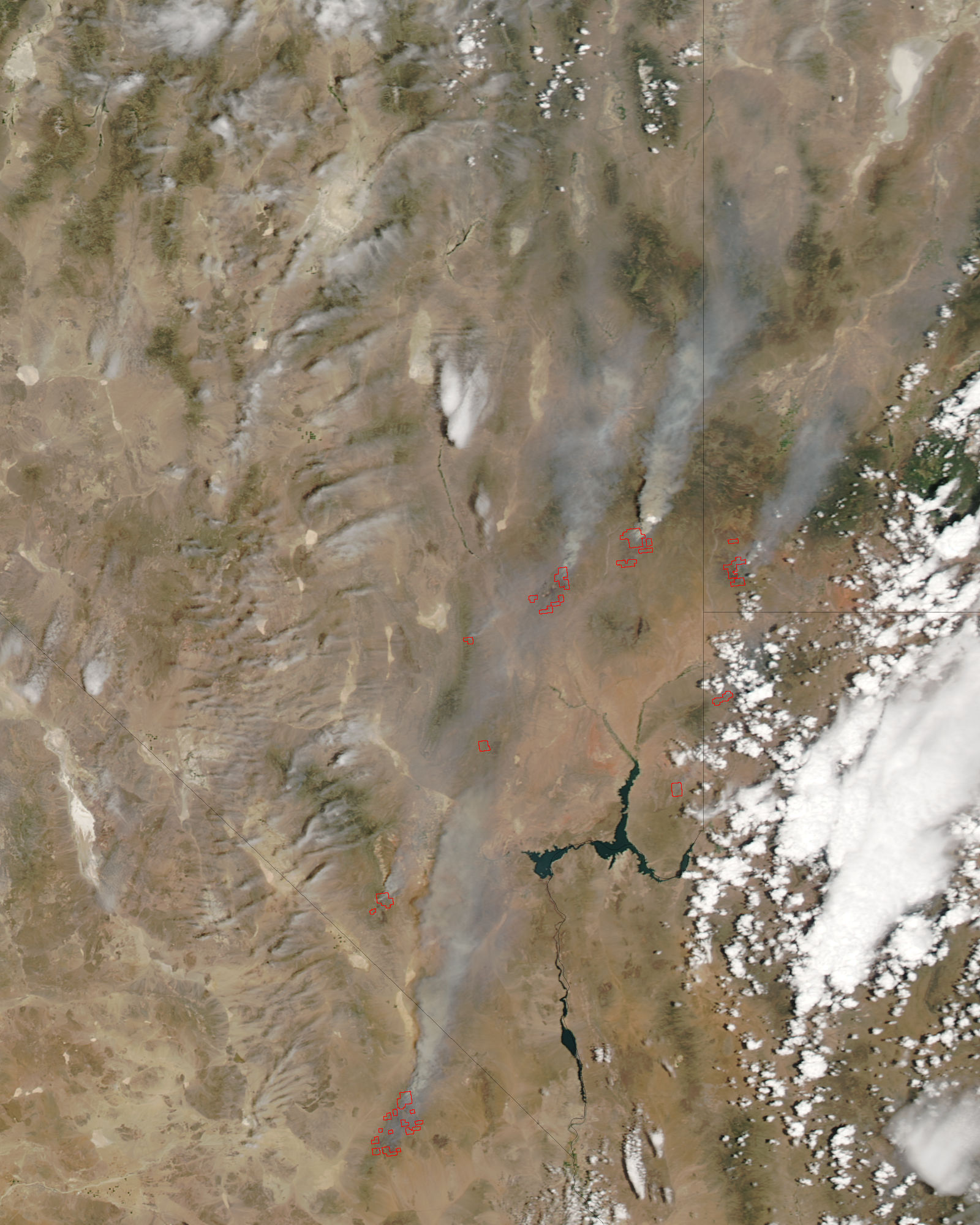 Fires in the Southwestern United States

At least three large, named fires are burning through the United States Southwest region. In this true-color Aqua MODIS image from June 24, 2005, bright red dots mark the location of active fires in southern California, Nevada, Arizona, and Utah. The large collection of fires in California is the Hackberry Complex, and at over 68,200 acres it is threatening wilderness values and wildlife habitat. In Arizona, the Good Springs complex near the Spring Mountains and California border sends thick plumes of smoke to the northeast, toward the Westside Complex in southwestern Utah. The Westside Complex is over 68,000 acres near the town of St. George, and threatens the Shivwits Indian Reservation and various infrastructure. It also forced the closure of Highway 91, though it is 70 percent contained. More information on how MODIS data are used to monitor fires across the US and world can be found Earth Observatory site.