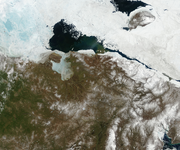 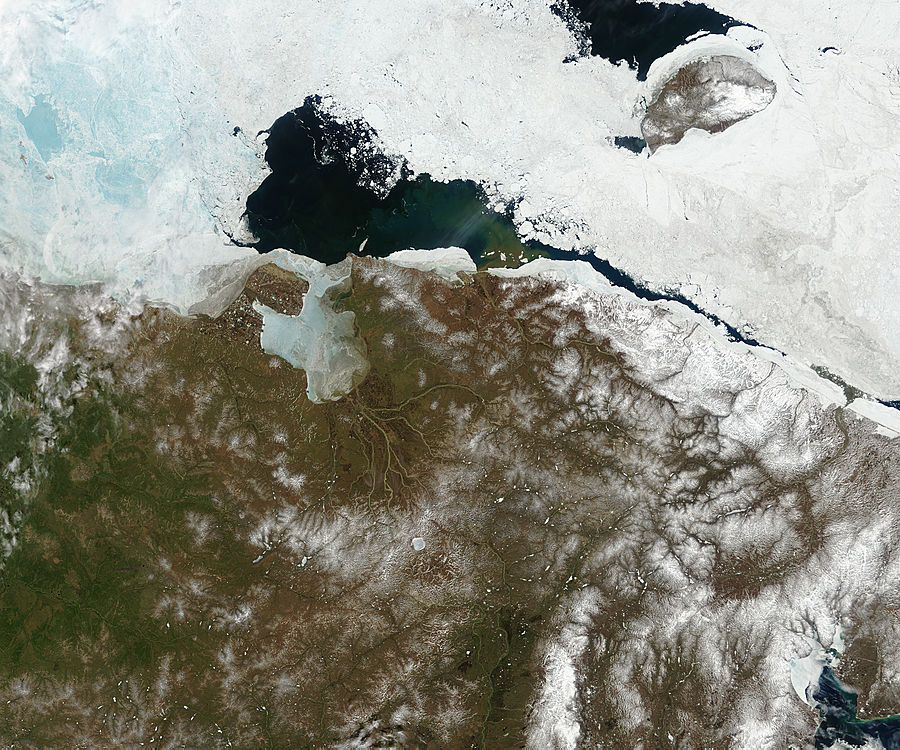 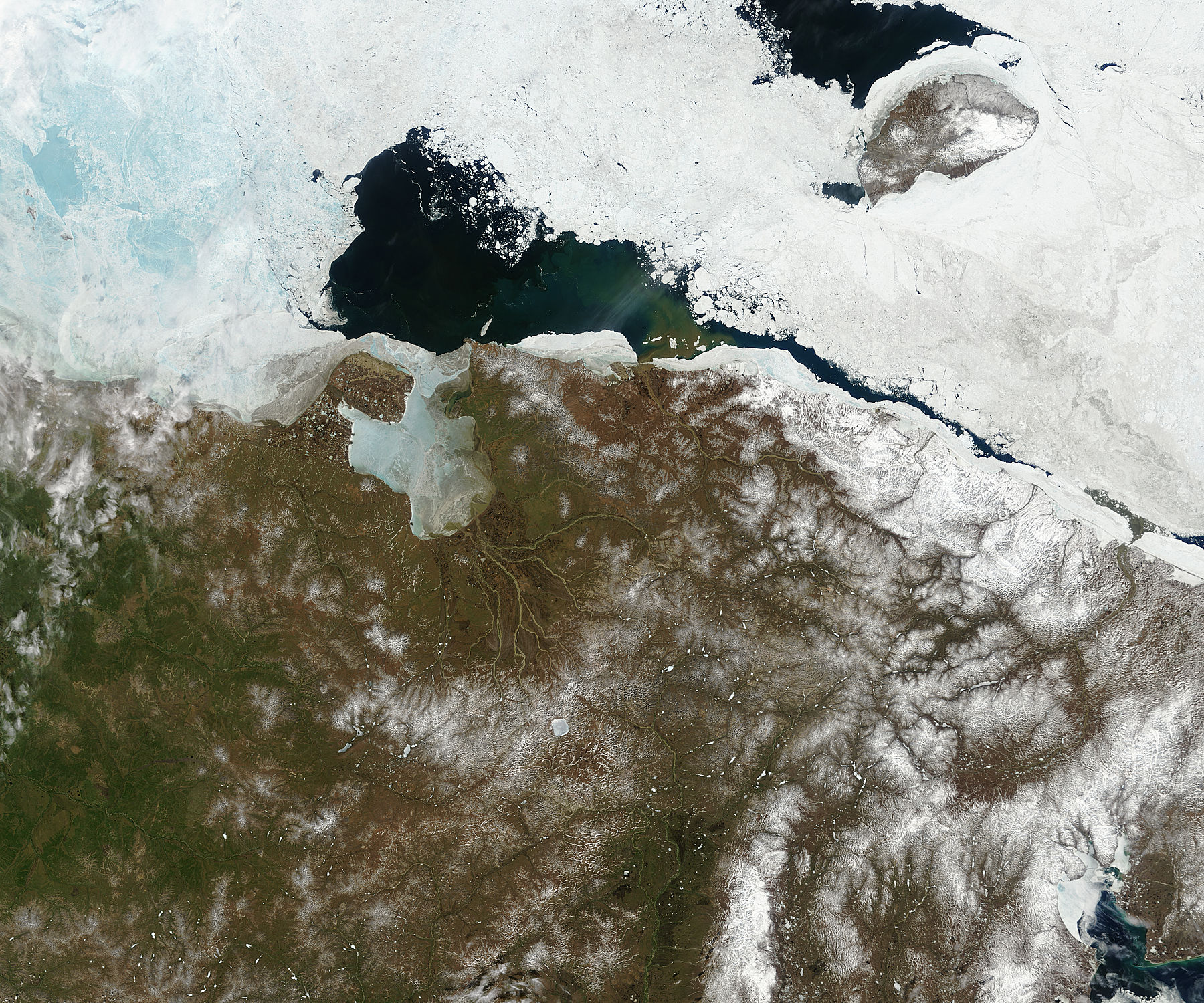 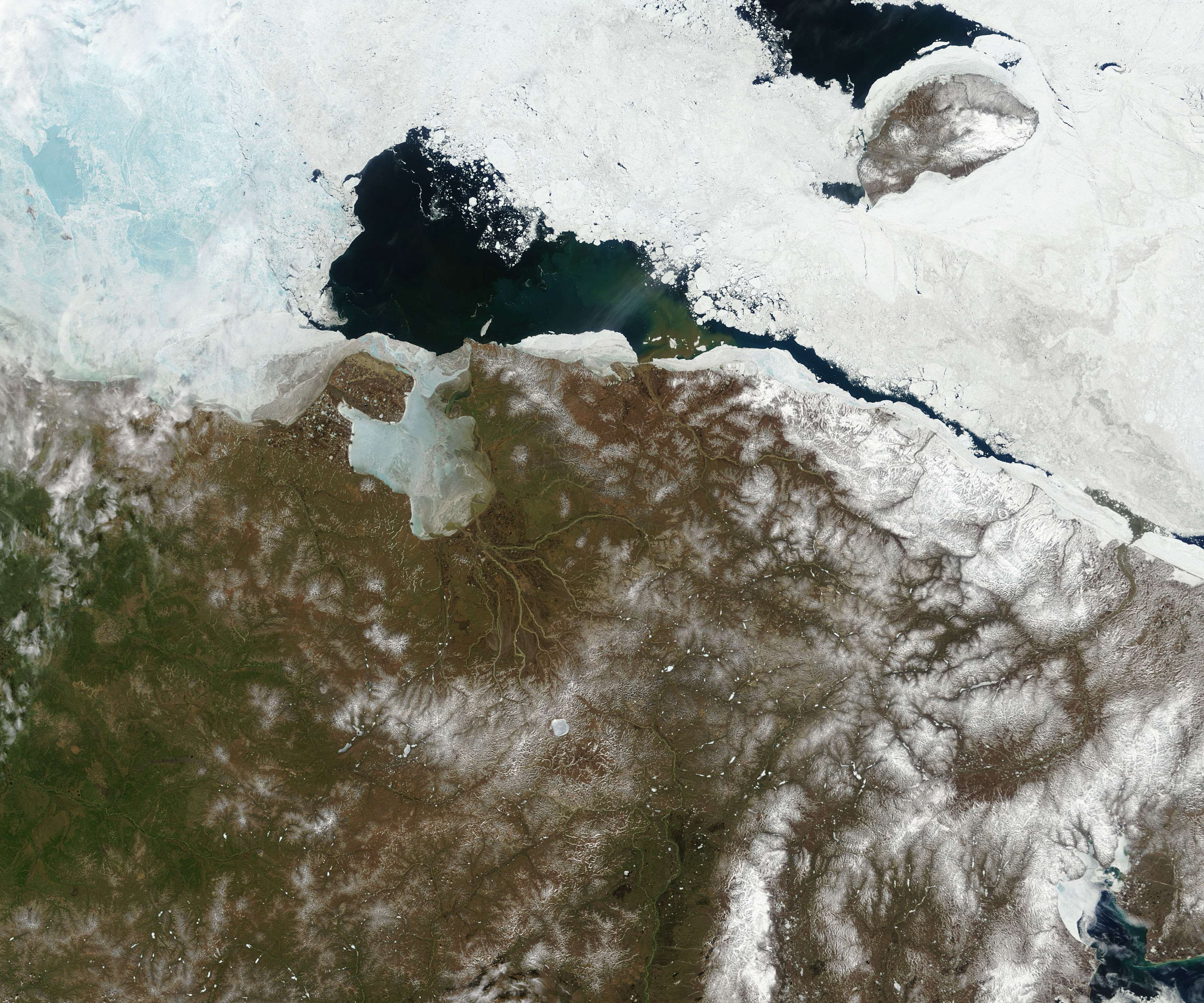 One of the largest and least-populated regions in the world, Siberia stretches across three-quarters of Russia in northern Asia. There are just three people per square kilometer in Siberia, and 70 percent of those live in cities like Novosibirsk, Tobolsk, Irkutsk, and Omsk. Yet despite the rather sparse population, Siberia is rich in natural resources: gold, diamonds, lead, and manganese, to name a few. In eastern Siberia, the vast plains of the west give way to mountains reaching almost 3,000 meters in height and valleys covered in the only kind of tree that can survive in the shallow and usually permafrost soil: Siberian Larch.

This true-color Terra MODIS image from June 16, 2005 shows the extreme northeastern Siberia on the edge of the Siberian Sea and the Bering Strait. Most of this image focuses on lands north of the Arctic Circle where snow and sea ice still abound, even in June. At the top of the image between the Bering Strait to the east and the East Siberian Sea to the west is Wrangel Island. Broken blue-white sea ice stretches from there to the mainland save around the Chaunskaya Guba (bay) just left of image center. Its shallow waters are also frozen around Ayon Island, which appears as though it is connected to the northwestern shore, but is actually separate.