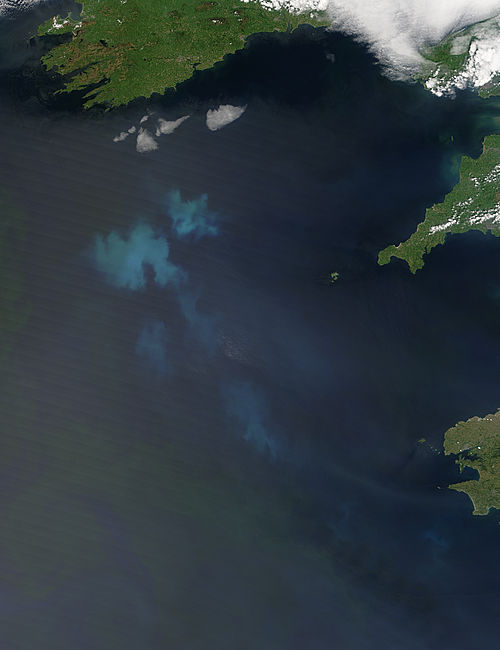 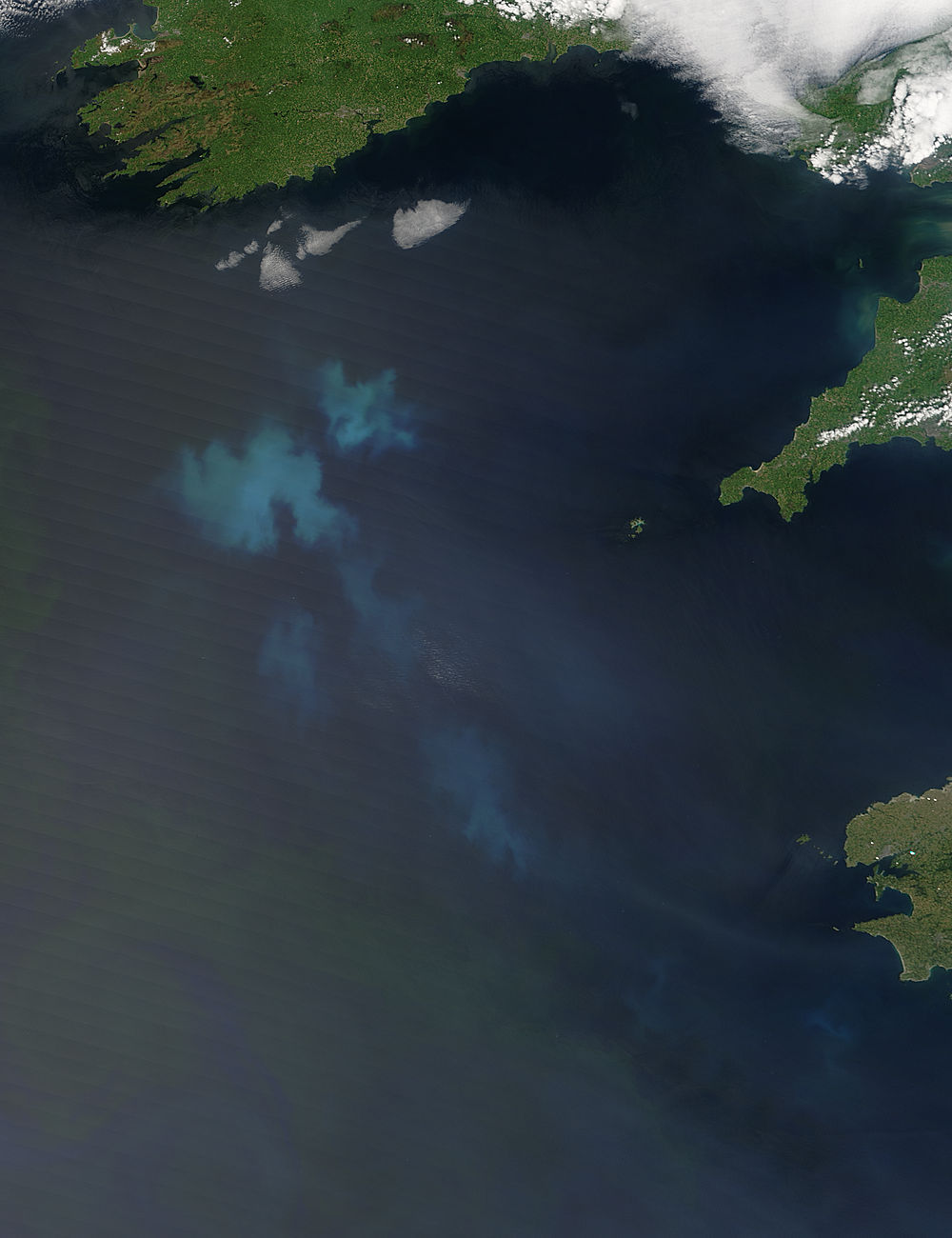 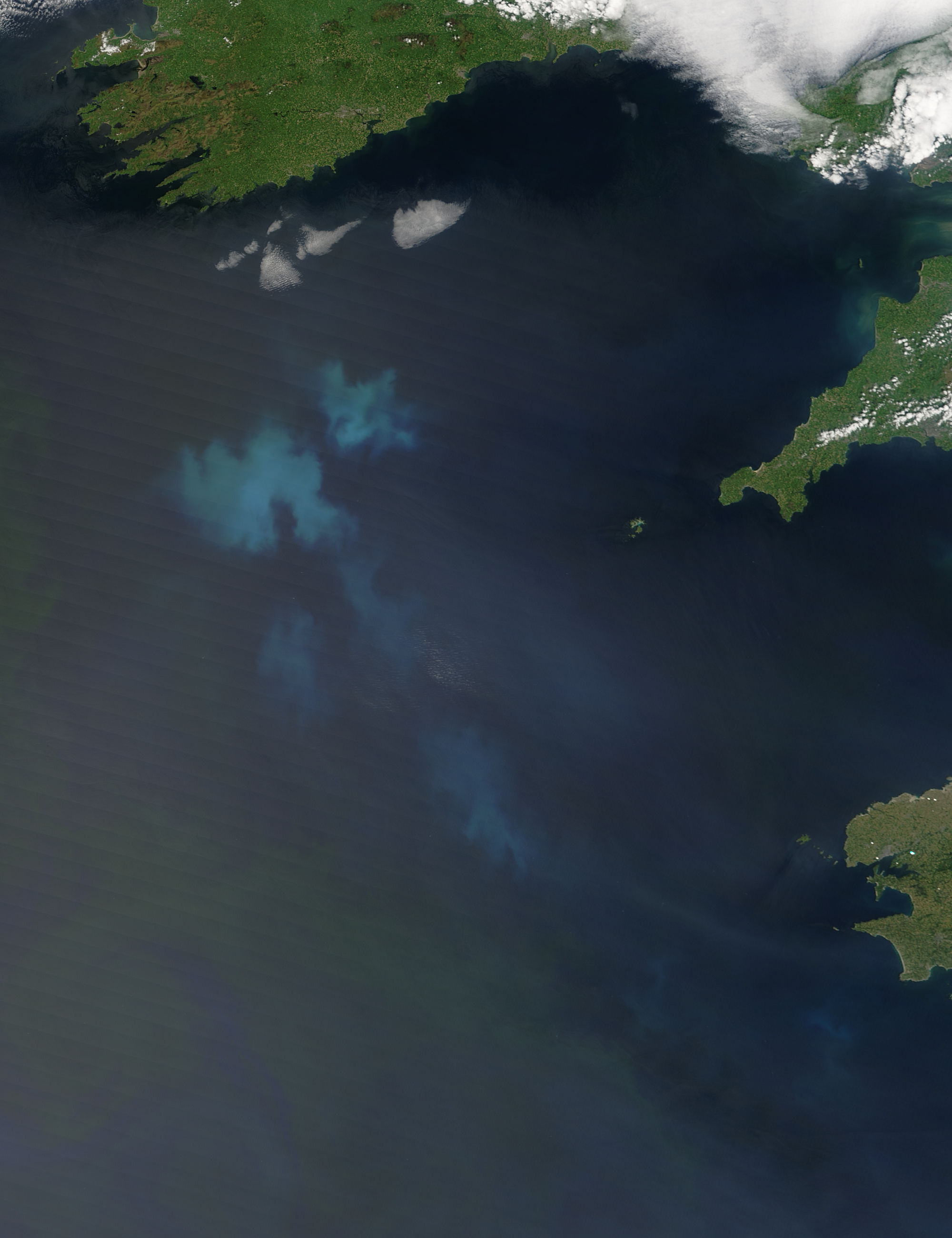 South of Ireland in the North Atlantic Ocean, milky blue clouds of phytoplankton float on the water's surface. These phytoplankton, which are probably coccolithophores, feed off of nutrients in the water brought to the surface from the ocean floor by cold-water upwellings. The nutrients, sunlight, and warm ocean surface temperatures make for ideal growing conditions, and these blooms can appear literally overnight. Because they multiply so fast, they also tend to consume the nutrients quickly, and so the blooms can fade as quickly as they appear.

In this true-color Terra MODIS image from June 9, 2005, the coccolithophores stretch from the southern Irish coast toward the Bretagne region of France at lower right. At about the middle of the image, just off the Cornish coast of the UK, are the Isles of Scilly Because of the moderating influence of the Atlantic on their climate, these islands are able to grow flowers in great abundance.