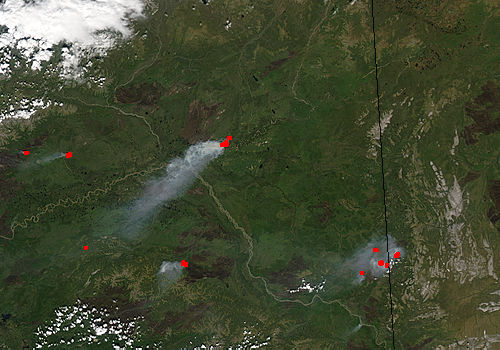 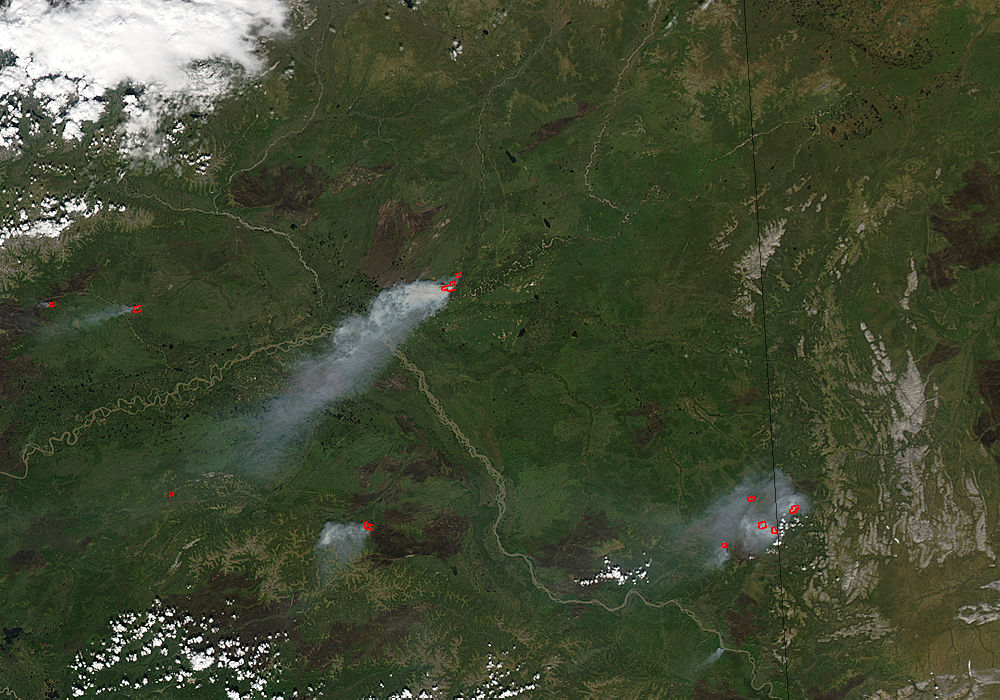 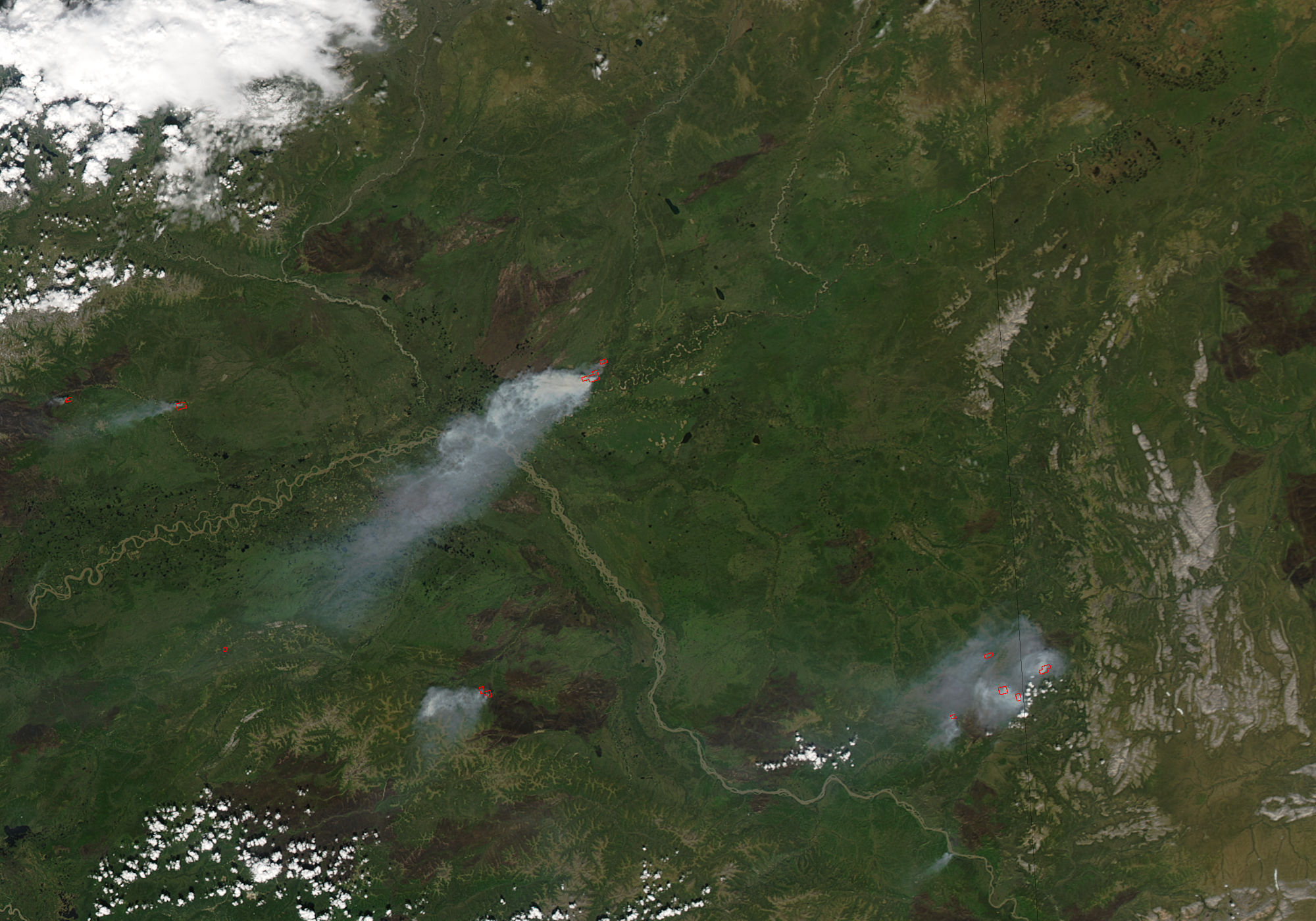 Large billowing clouds of smoke stream to the southwest from large fires in eastern Alaska in this true-color Aqua MODIS image acquired June 14, 2005. Now that winter's snows have receded from most of the northern latitudes, both fires and plants can flourish, though high-pressure systems and high winds have increased fire risk conditions to extreme levels. The fires shown here are marked in bright red in the midst of the deep green vegetation of the Klondike Region surrounding the Yukon River and its tributaries. According to the Alaska Fire Service, the largest fire in the region is the Sheenjek River fire (image center) at almost 8,000 acres, with only one percent of it contained. Caused by lightning on June 12, the fire is burning through birch, aspen, and spruce trees, as well as threatening local structures and native areas.