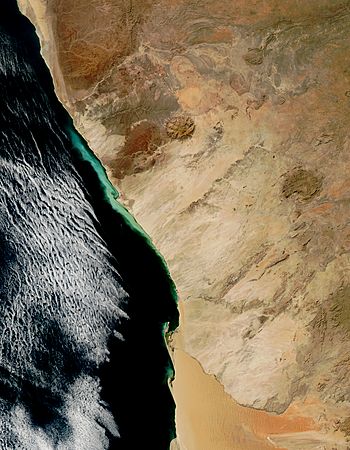 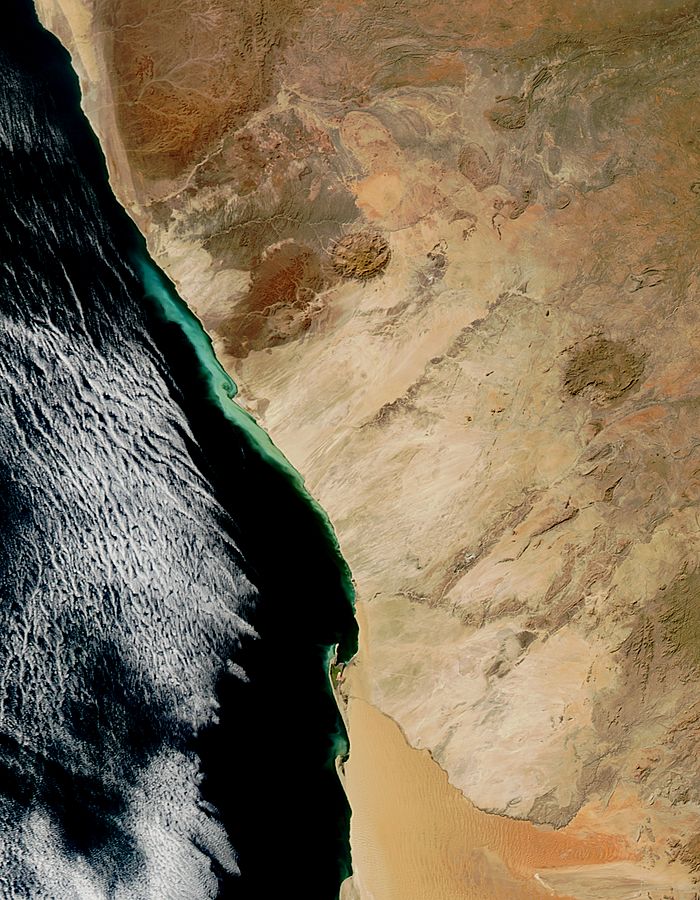 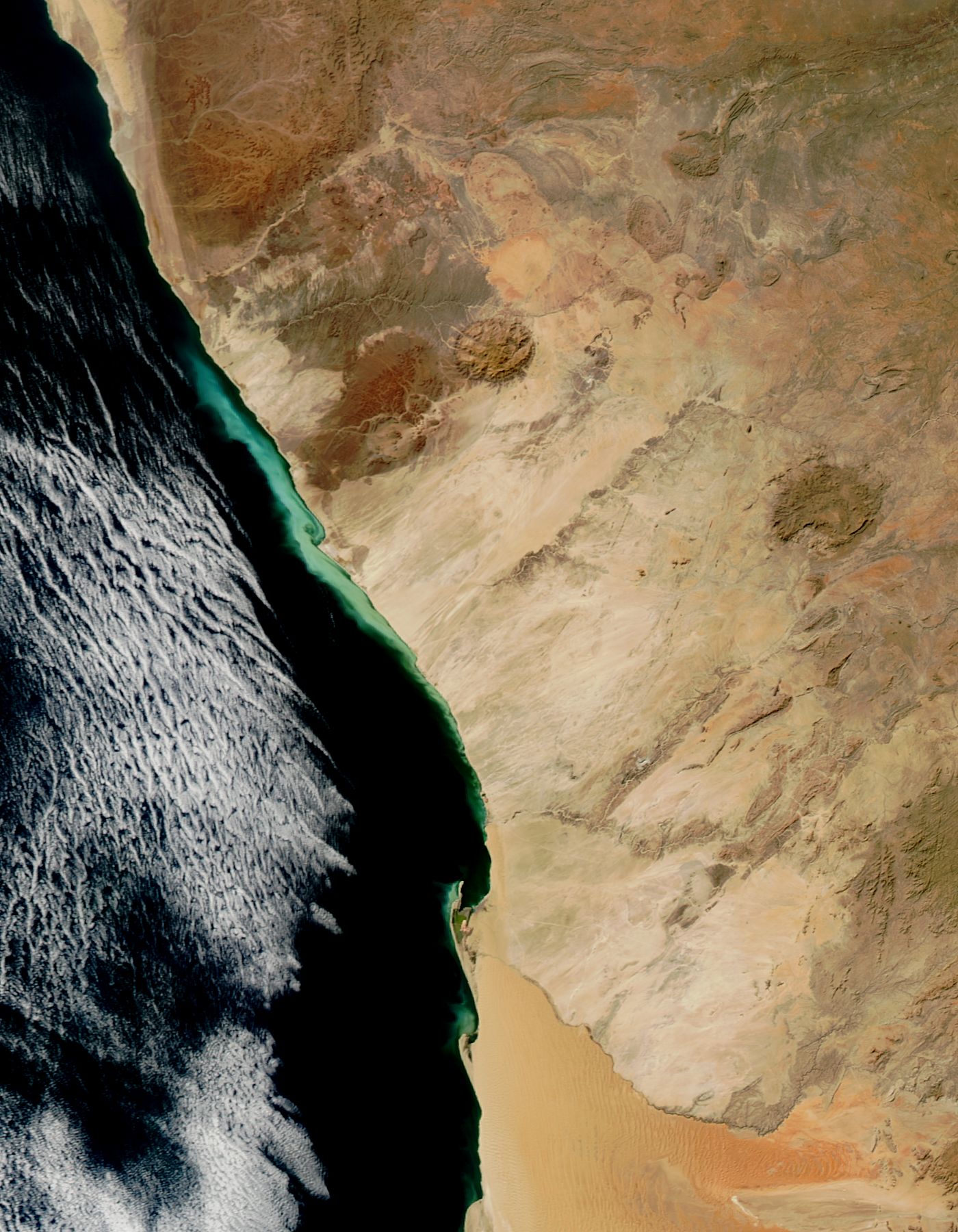 Hydrogen sulphide eruptions along the coast of Namibia

Along the coast of Namibia, north of the enormous sand dunes of the Great Namib Desert, a thick ribbon of bright green hydrogen sulfide floats in the waters of the Atlantic Ocean. In this true-color Aqua MODIS image acquired June 1, 2005, the hydrogen sulfide bloom stretches for kilometers along the shore. These eruptions, which are only known along the Namibian coast, are deadly to fish and smell strongly of rotten eggs.

These eruptions happen because the Benguela Current pulls rich nutrients from the cold ocean floor to the warmer ocean surface where large colonies of phytoplankton thrive. They consume the nutrients, and when they die they sink back to the ocean floor where bacteria in the mud decompose their remains, producing hydrogen sulfide gas as a byproduct. As this gas rises toward the surface, it interacts with oxygen in the water to produce white clouds of pure sulfur. The white sulfur and deep blue ocean water combine into these milky turquoise-colored blooms.