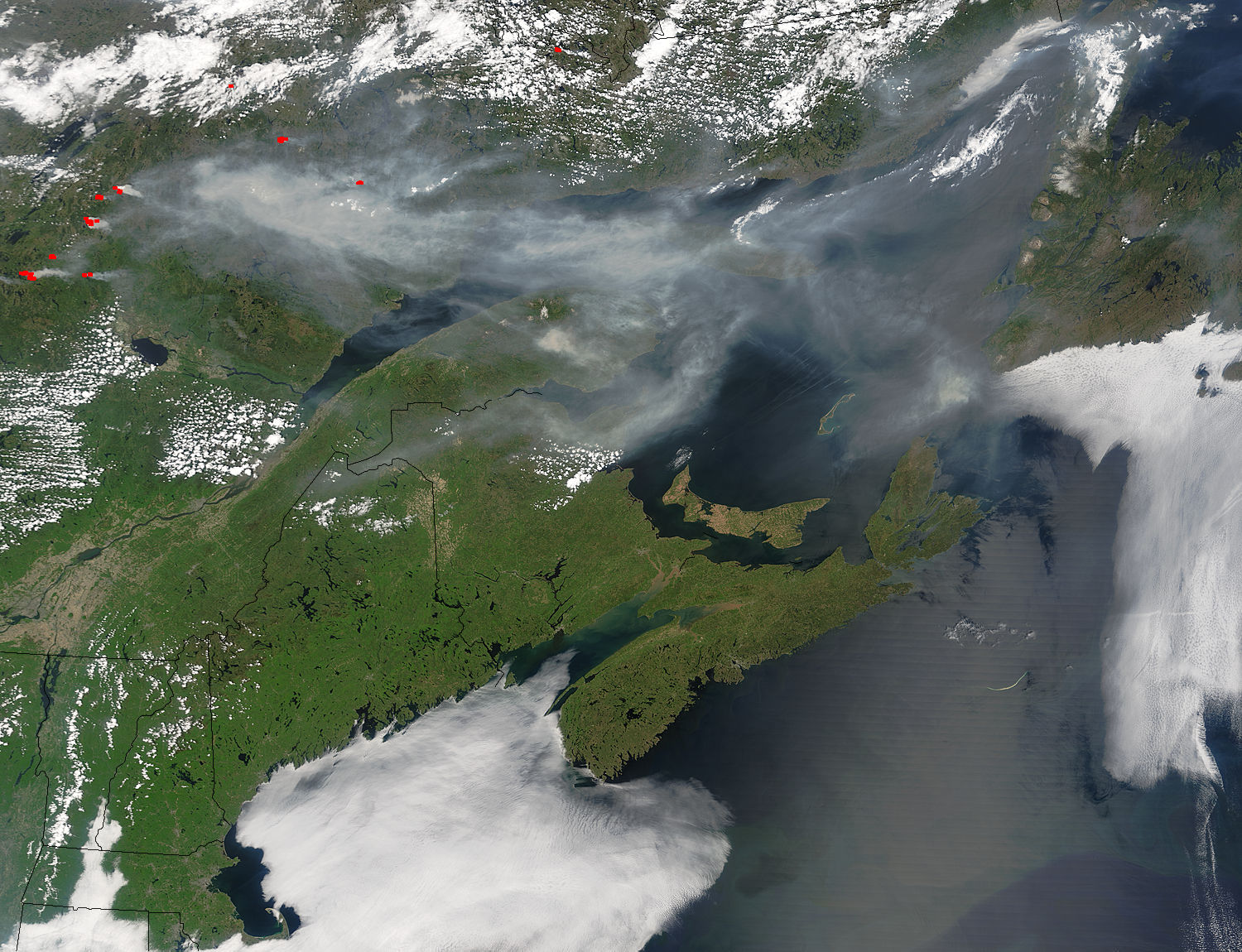 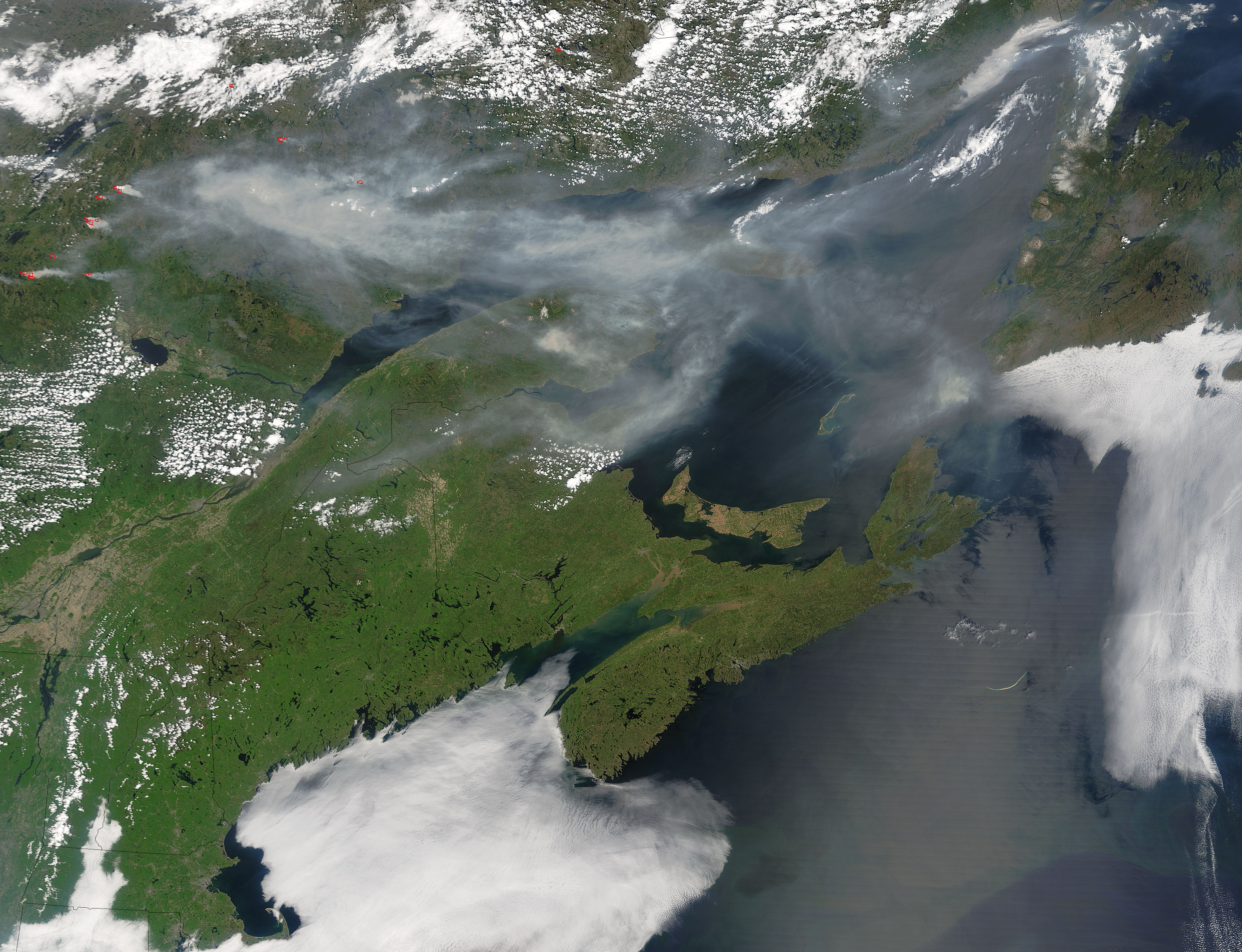 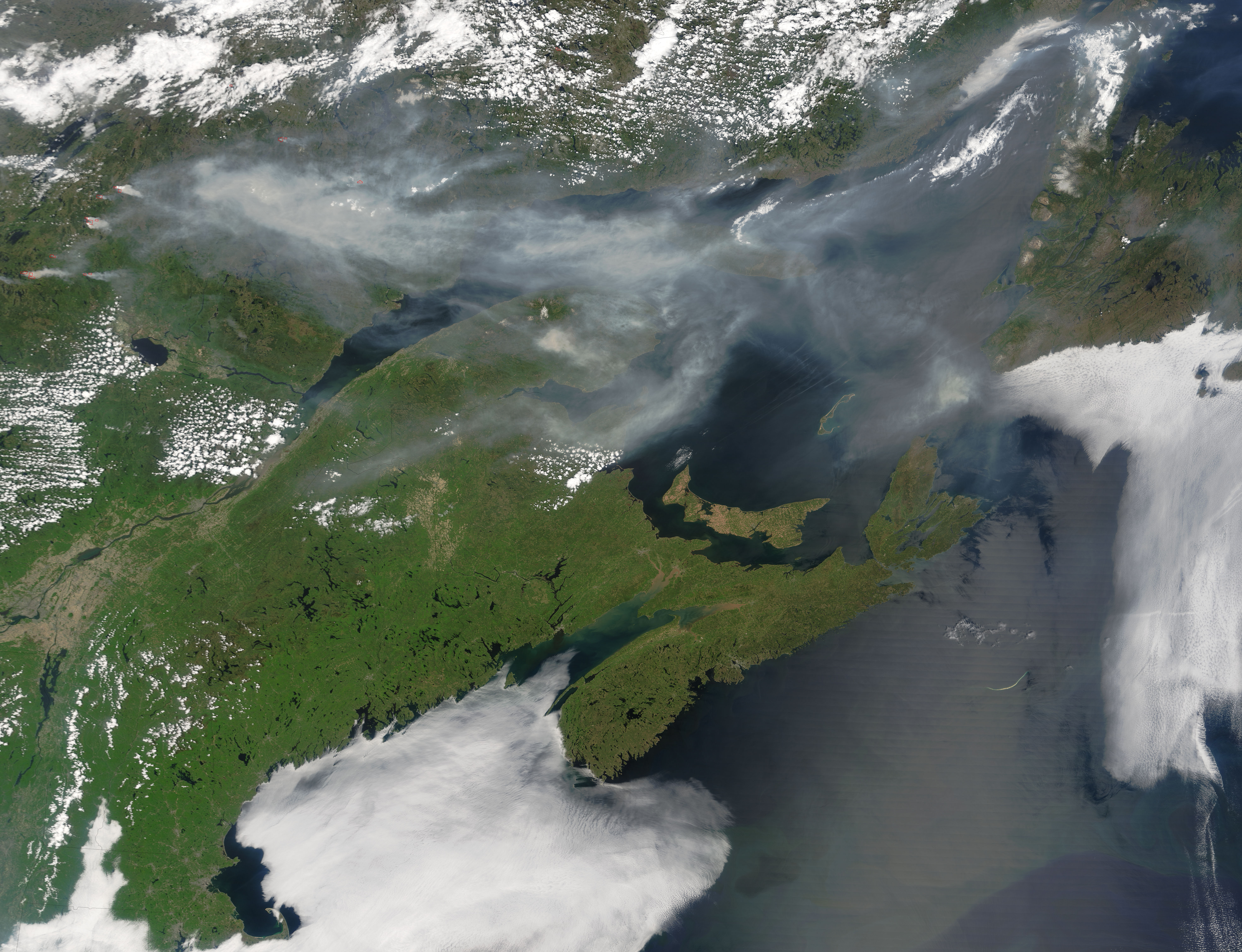 Smoke continued to pour from fires in the Quebec province of Canada on June 2, 2005. Scores of fires have been burning in the area since the end of May. According to reports from the Canadian Interagency Forest Fire Center, at least 20 of the 83 fires burning as of June 2 were out of control. Nearly all the fires were started by lightning.

In this true-color Terra MODIS image acquired June 2, thick smoke streams eastward across Quebec and out over the Gulf of St. Lawrence toward the island of Newfoundland (far right edge). The fires, which are outlined in red, are to the southeast of Mistassini Lake. Other large fires were burning farther to the west, outside of the scene shown here. Those fires were likely adding to the smoke pictured in this image.