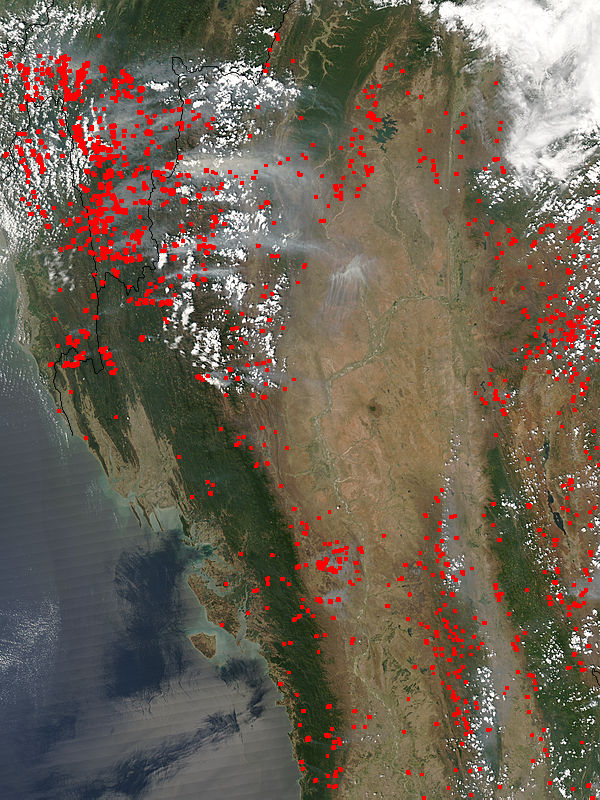 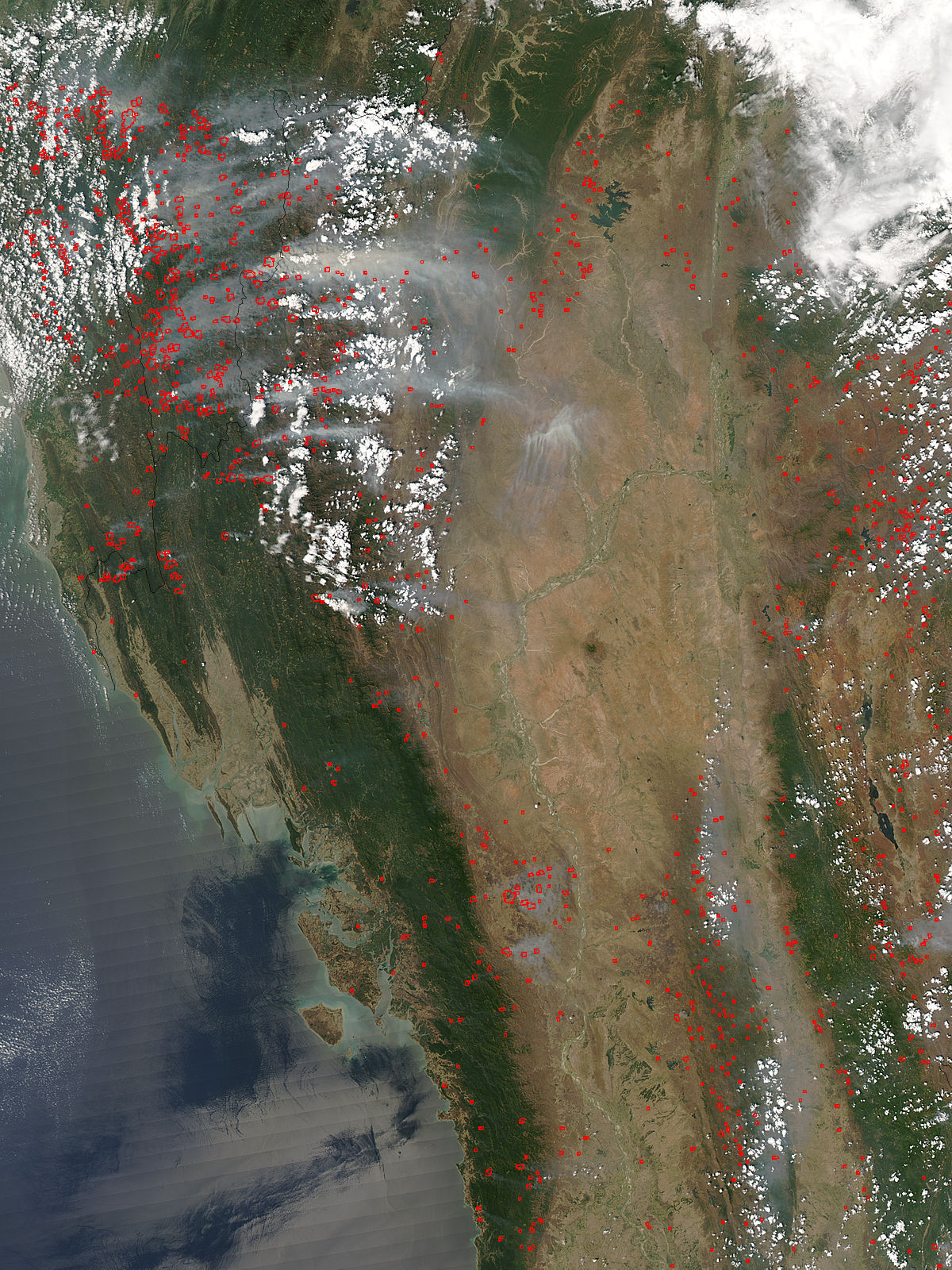 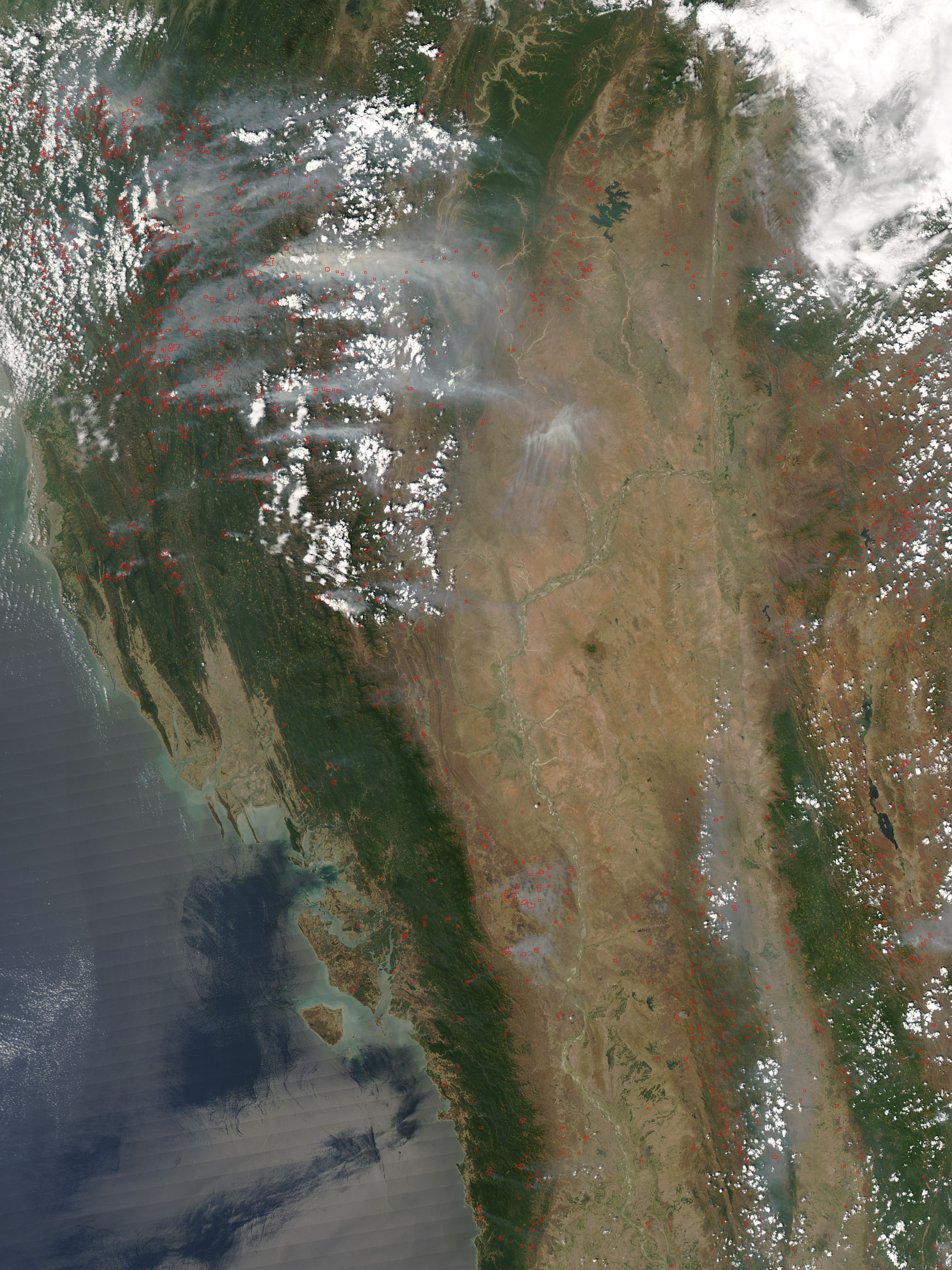 Smoke and Fires in Southeast Asia

Scores of fires clog the sky above Bangladesh, east India, and Myanmar with thick white clouds of smoke. The green forests and plains of southeast Asia support the livelihoods of millions of the region's residents, often in the form of agricultural pursuits. One of the chief methods of ground-clearing for spring planting is fire - a cheap and highly effective, though dangerous and at times unpredictable tool. In this true-color Aqua MODIS image from March 21, 2005, the spring fires are concentrated in the upper left portion of the scene, where eastern India's panhandle wedges between Bangladesh (left edge) and Myanmar (center). The central plains of Myanmar remain mostly free of fires, though they intensify in numbers to the south and east along the green mountain ranges.