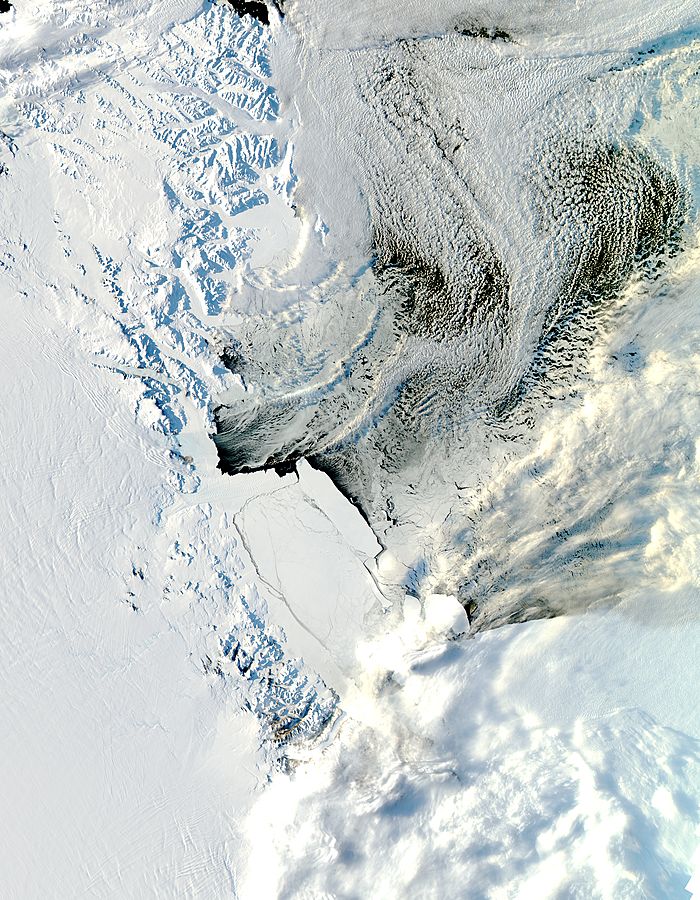 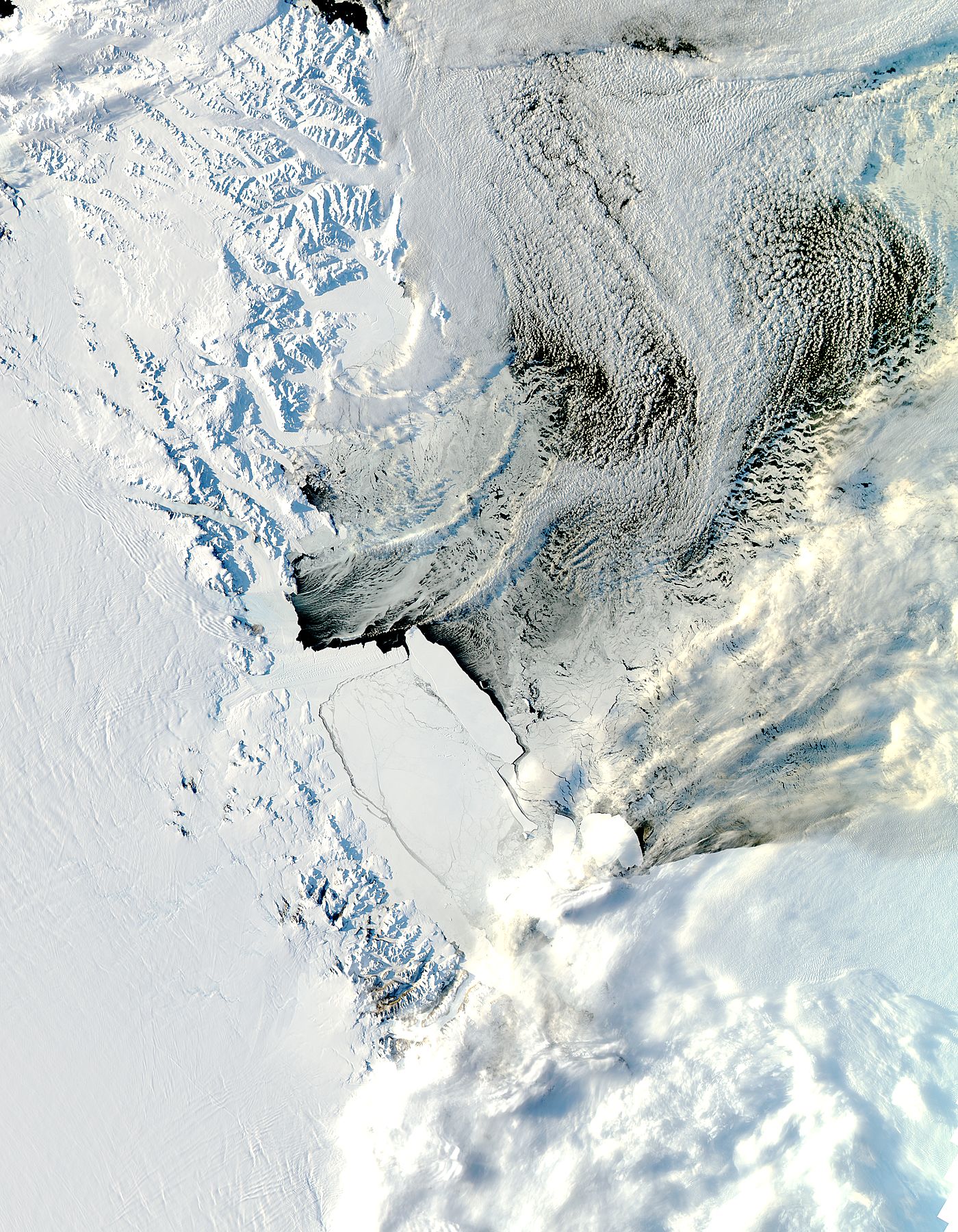 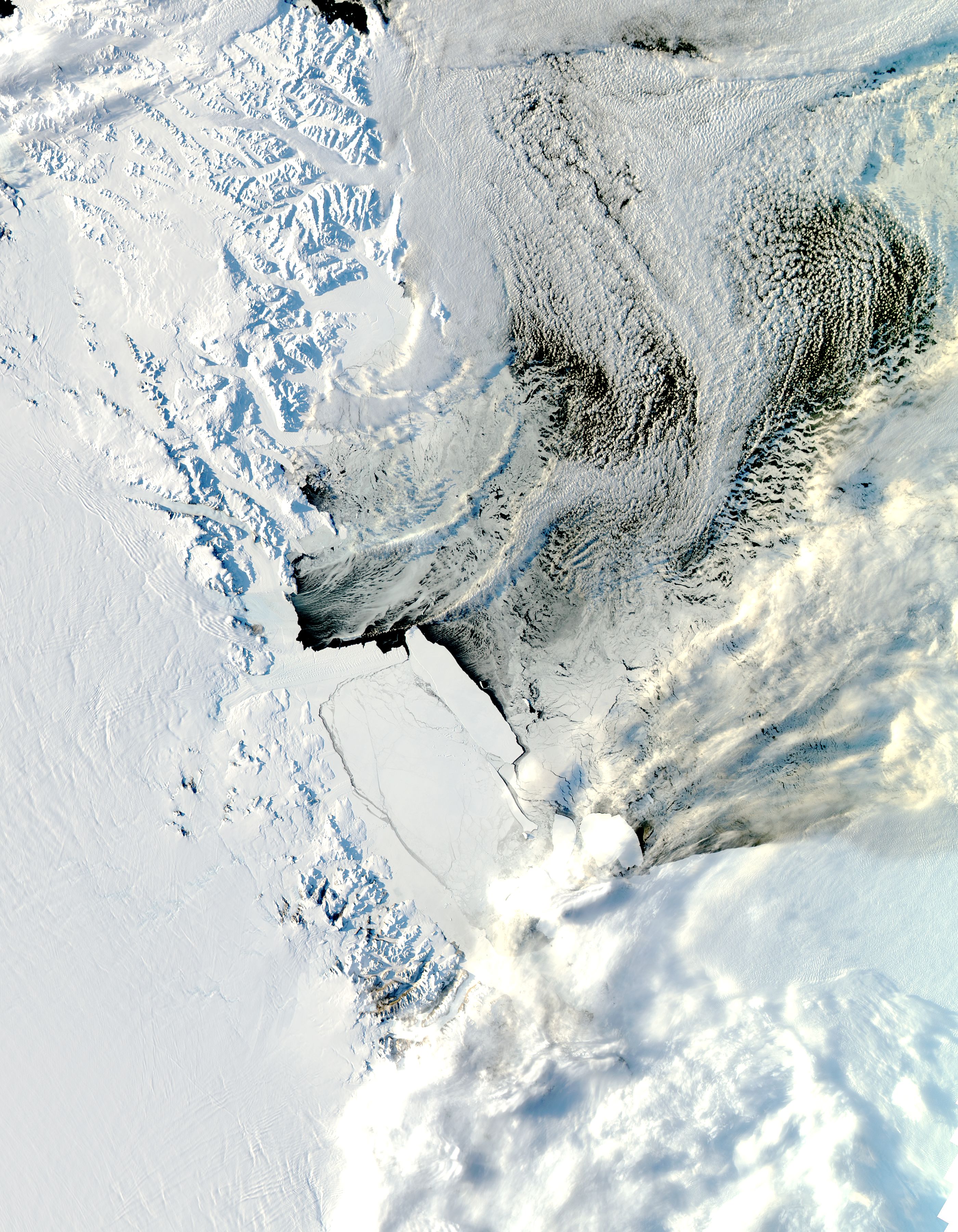 Growing Ice in the Ross Sea

Falling temperatures in the Southern Hemisphere mean growing ice in Antactica's Ross Sea, as shown in this true-color Aqua MODIS image from March 21, 2005. Sea ice continues to be blocked in McMurdo Sound by the B-15A iceberg, while the ice is now extending out into the open sea, hiding the deep black waters. Between B-15A is the oblong C-16 iceberg, which is to the left of the round B-15J iceberg. C-16, along with B-15A, is responsible for blocking much of the ice in the Sound. For comparison of the sea ice extent, see this image from February 25, 2005.