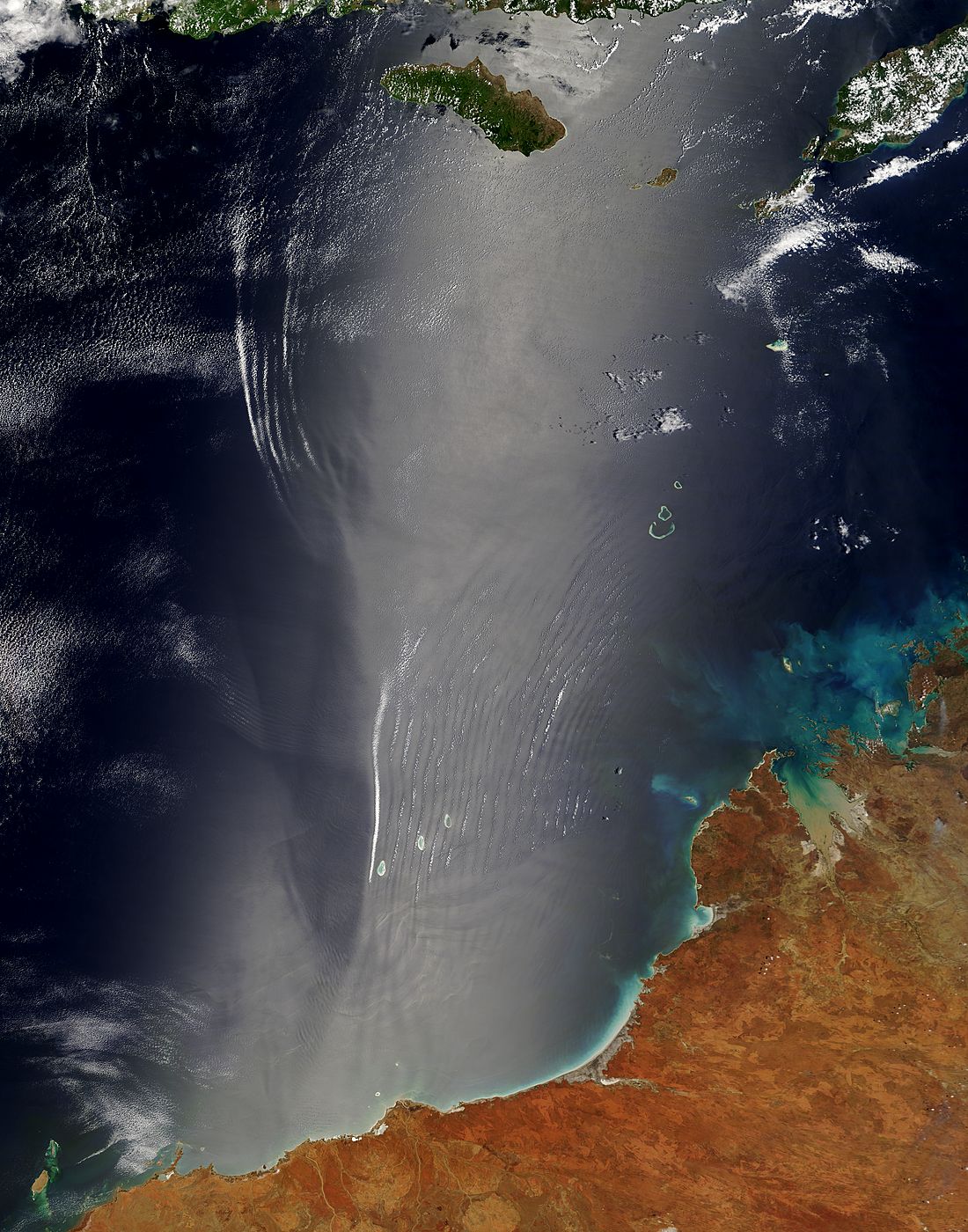 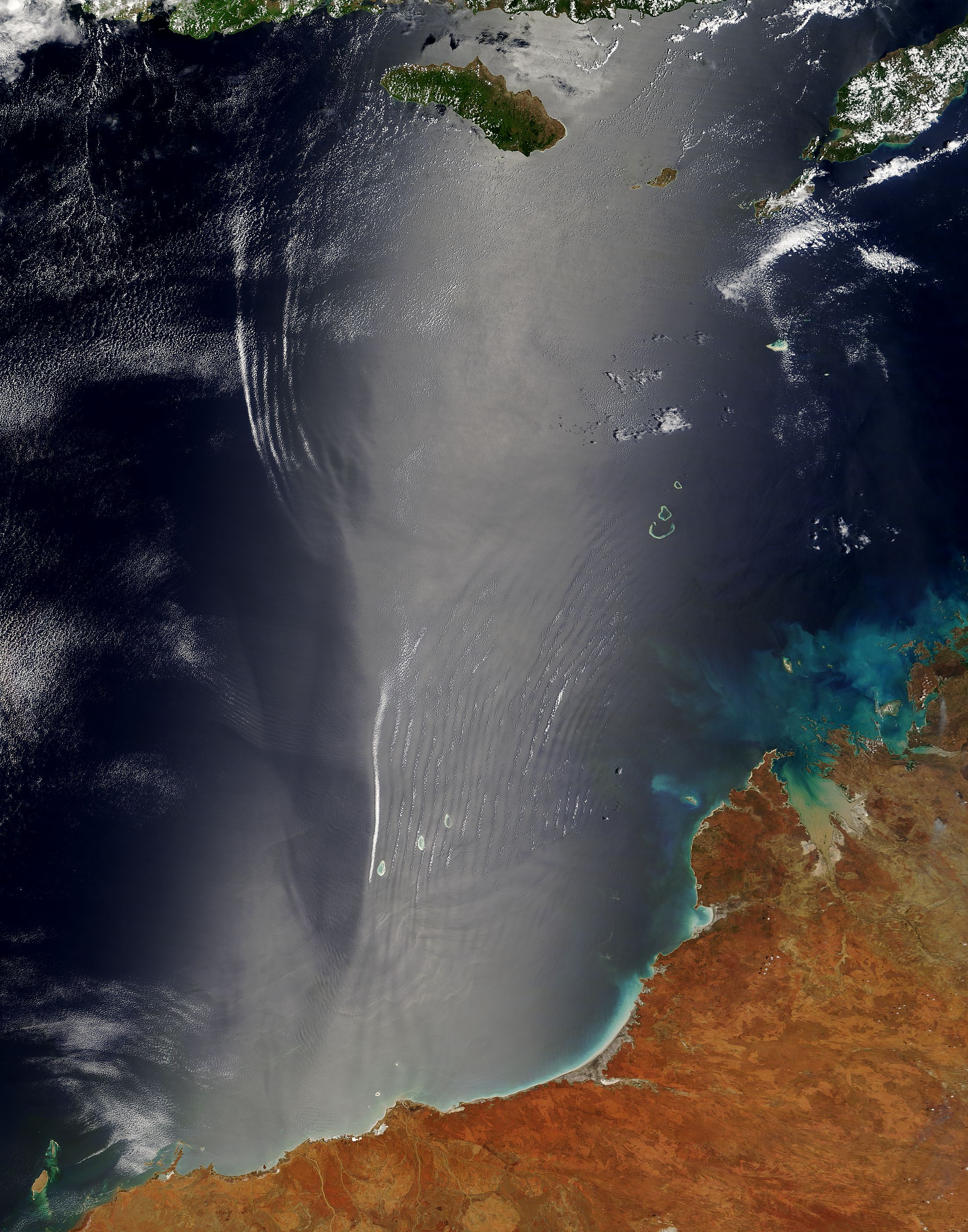 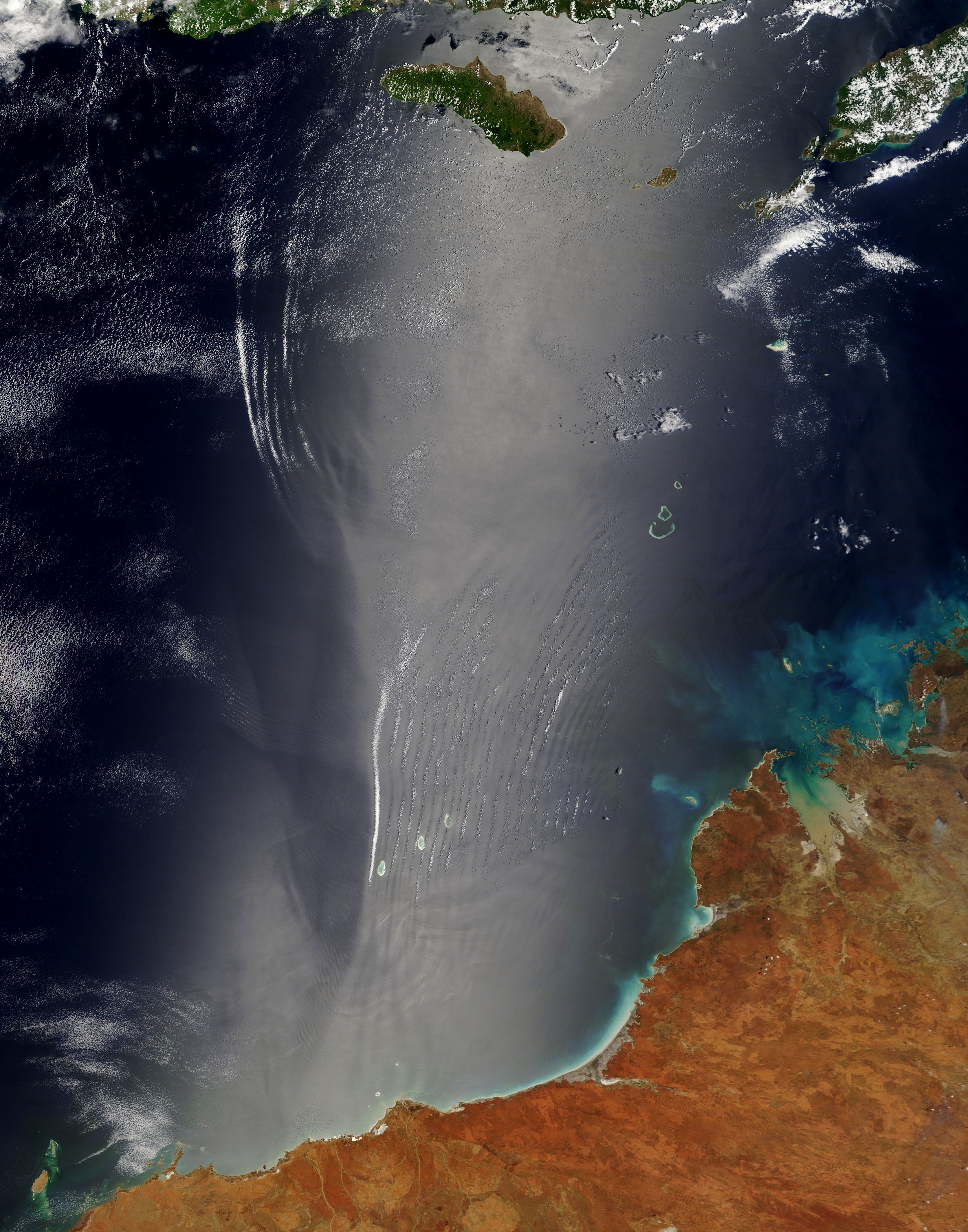 When the Sun reflects off the surface of the ocean at the same angle that a satellite sensor is viewing the surface, a phenomenon called sunglint occurs. In the affected area of the image, smooth ocean water becomes a silvery mirror, while rougher surface waters appear dark. Sometimes the sunglint region of satellite images reveals interesting ocean or atmospheric features that the sensor does not typically record. This image shows a large, overlapping wave pattern in the sunglint region of an image of Indonesia (the islands at the top of the image) and Australia (the landmass in the bottom of the image). The wave pattern seen in the image is not from large ocean waves, however. The pattern is the “impression” of atmospheric gravity waves on the surface of the ocean. As the name implies, atmospheric gravity waves form when buoyancy pushes air up, and gravity pulls it back down. On its descent into the low-point of the wave (the trough), the air touches the surface of the ocean, roughening the water. The long, vertical dark lines show where the troughs of gravity waves have roughened the surface. The brighter regions show the crests of the atmospheric waves. Beneath the crests, the water is calm and reflects light directly back towards the sensor. Clouds commonly form at the crests of the waves, and such clouds are visible throughout this scene.