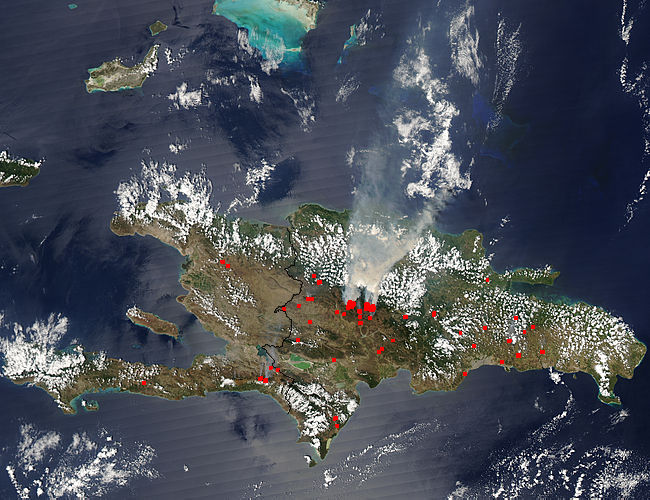 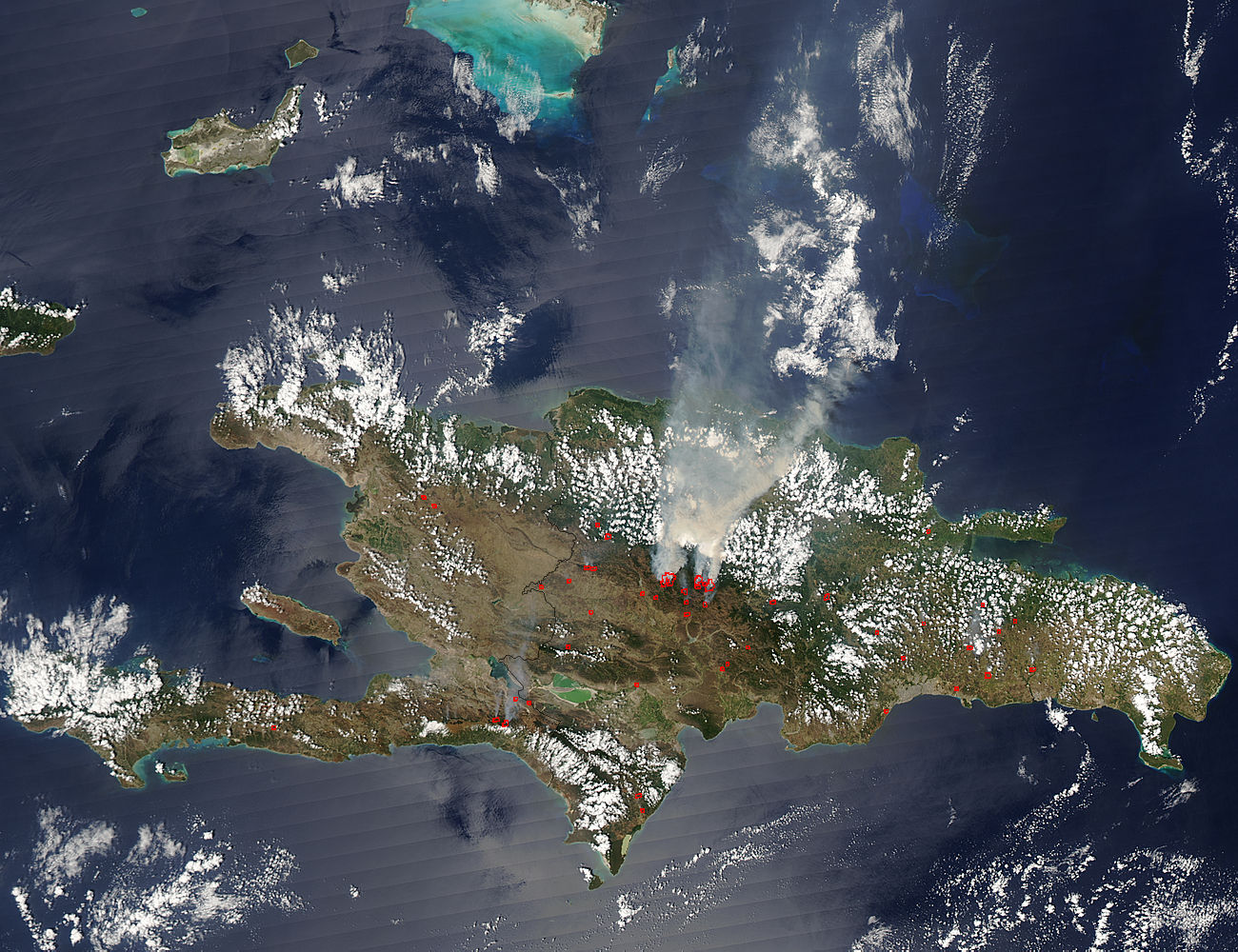 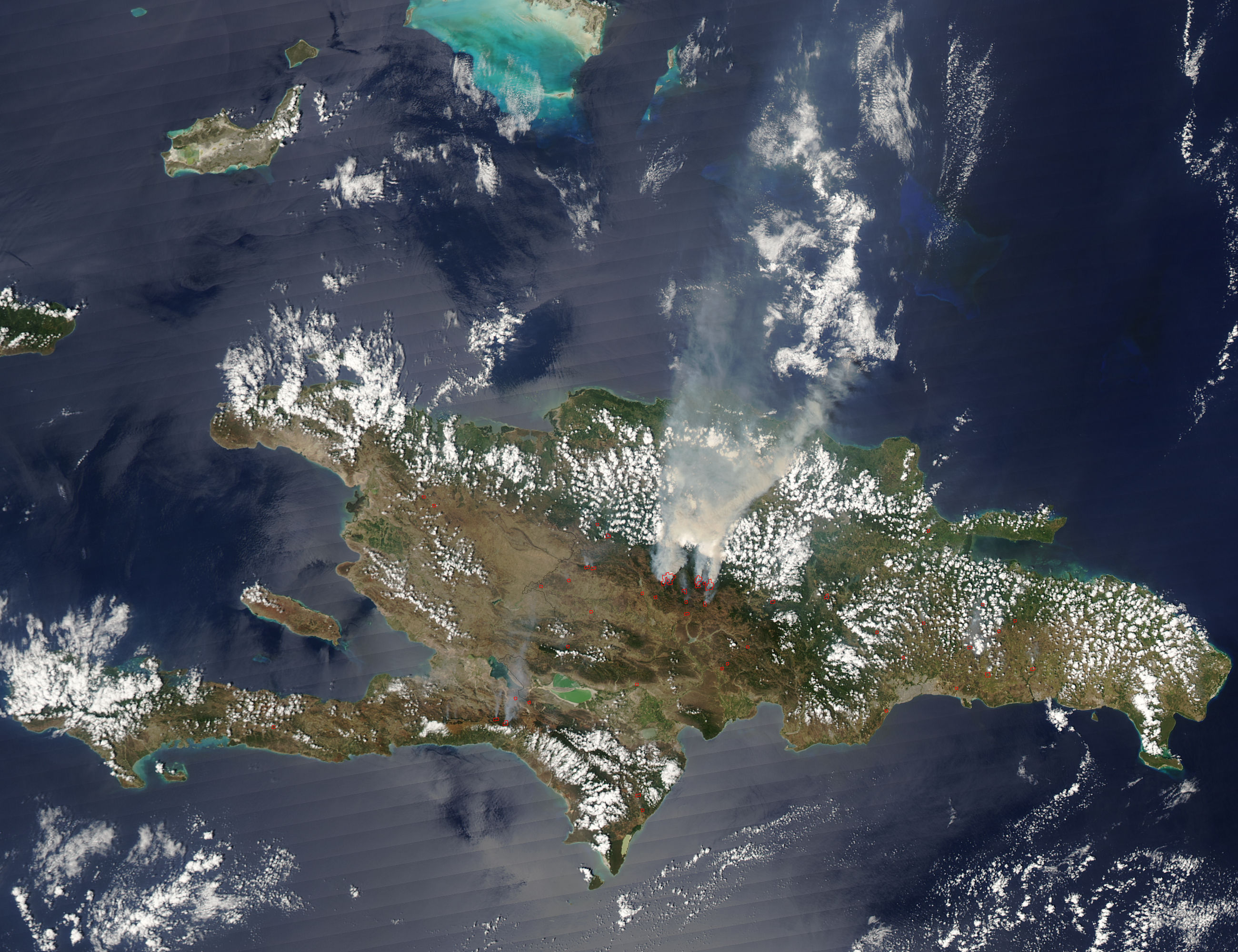 Fires in the Dominican Republic and Haiti

Smoke pours from fires burning in the Dominican Republic in this Aqua MODIS image taken on March 18, 2005. MODIS detected several fires, which have been marked with red squares, but the most intense are burning in the center of the island. The majority of the fires set on the island are probably agricultural fires set to prepare land for planting. However, the largest fires may be uncontrolled: they appear to be burning in the Cordillera Central, the mountains that arc across the center of the island of Hispaniola, near Pico Duarte, the highest point in the West Indies. Pico Duarte is covered with pine forests at its higher elevations and savannah grasslands at lower elevations. Because the smoke is thicker than other fires on the island, the large fires may be burning in the high pine forests.

March is typically the driest month in the Dominican Republic, but an exceptionally dry winter may have increased the fire hazard. The dry season usually runs from December to May for most of the island, but the first three months of 2005 were even drier than normal. Long term drought has plagued the island, and this extended period of dryness may have left trees and plants even more prone to large smoky fires, such as those seen here.