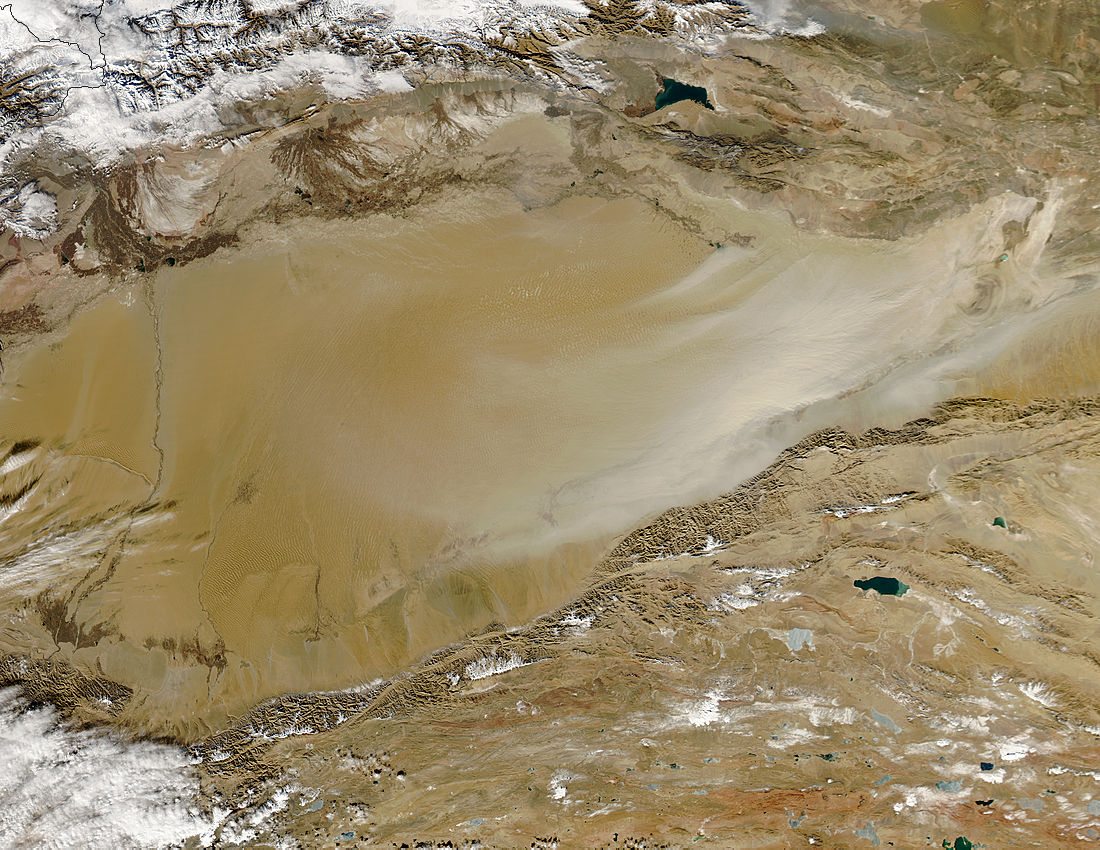 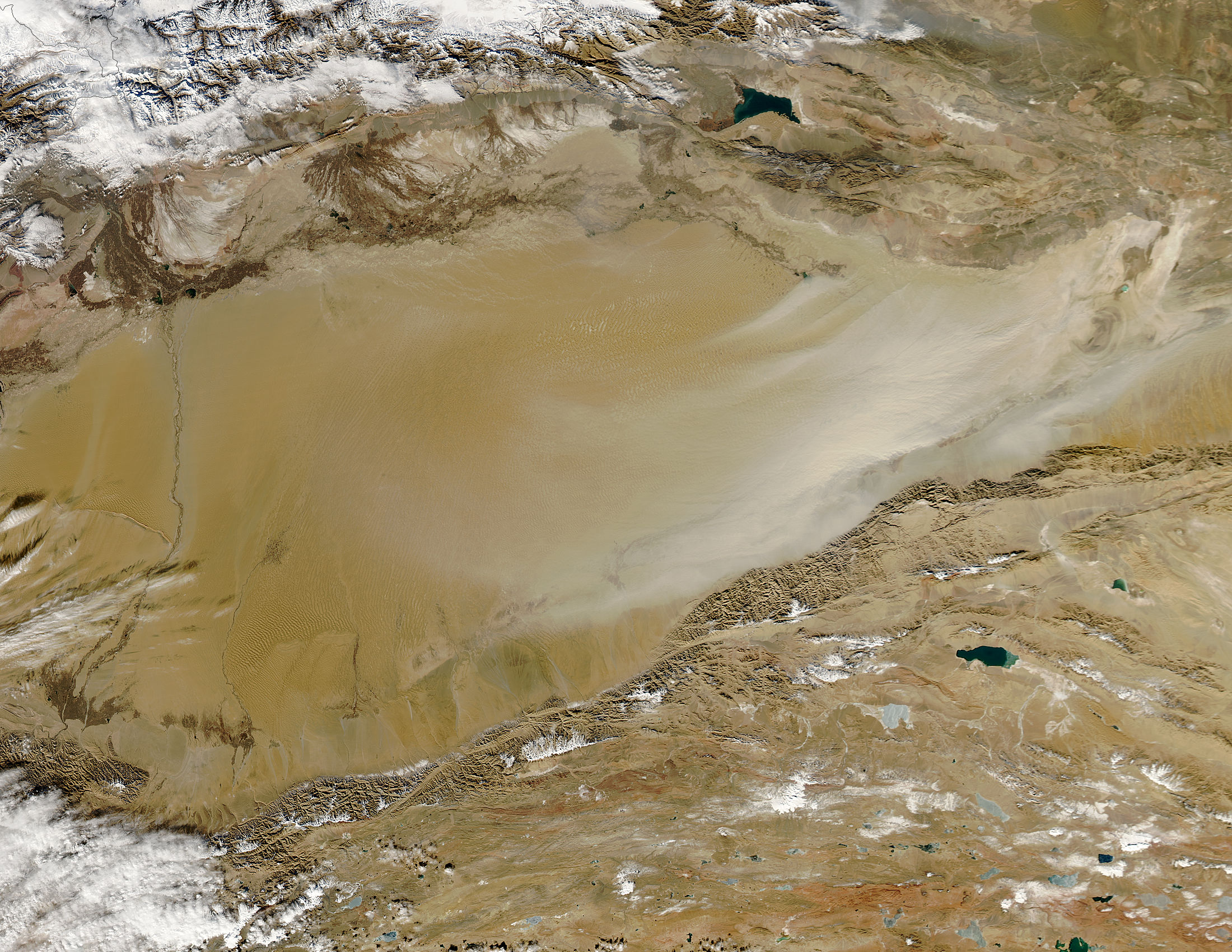 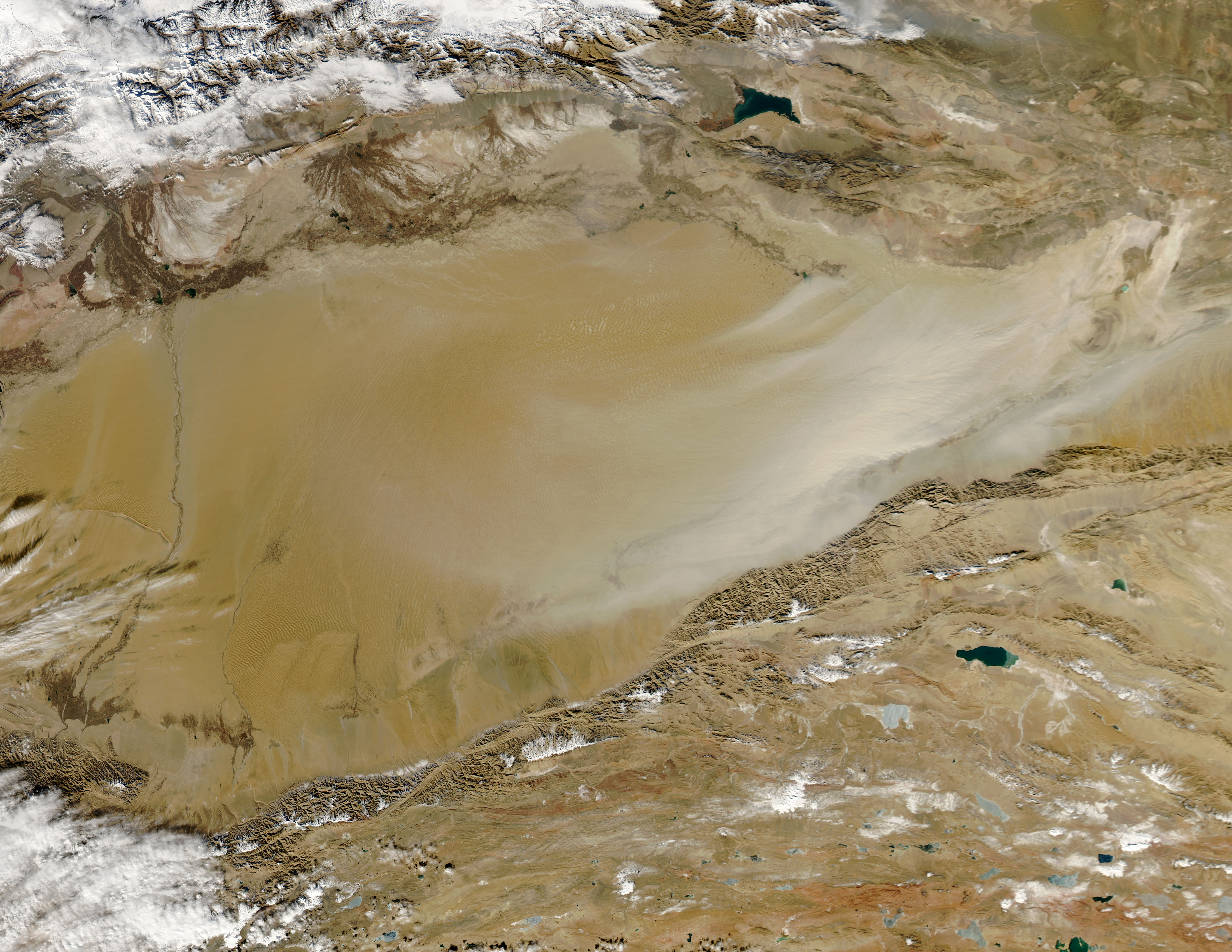 A massive dust storm rages across the Taklimakan Desert in this image of Western China. The Taklimakan is bounded by the snow-capped peaks of the Himalayas: to the North by the snow-covered Tian Shan Mountain range and to the South by the rugged Kunlun Mountains. The lower left corner of the image lies the Karakoram Mountain range, the location of the world's second highest mountain, K2. The desert is one of the driest in the world, receiving less than 10 millimeters (0.5 inches) of rainfall annually. According to National Geographic, temperature is extremely variable over daily and seasonal timeframes, changing by as much as 20 degrees Celsius (34 degrees Fahrenheit) from day to night and 30 degrees Celsius (54 degrees Fahrenheit) from summer to winter. In addition to sandstorms, the region is also subject to severe tornadoes and shifting sand dunes. Because of these factors, the desert is virtually devoid of vegetation; biological diversity is mostly limited to wild camels and asses. Desertification, or the degradation of dry land, is a major concern for the farmers and herders who live at the Taklimakan's edge. At the bottom of the image lies the Tibetan Plateau.