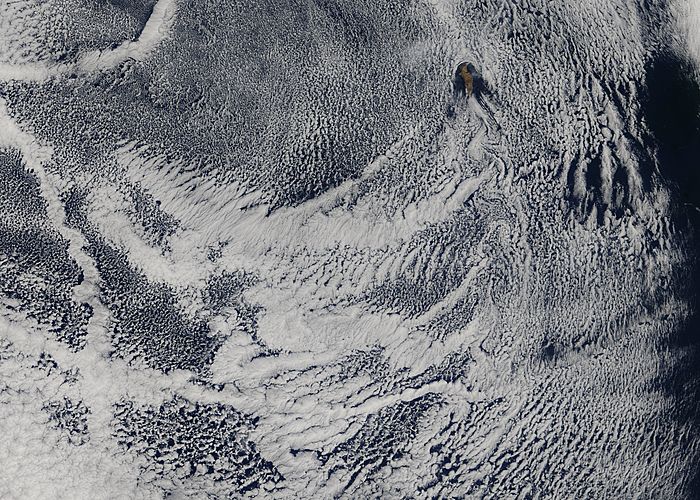 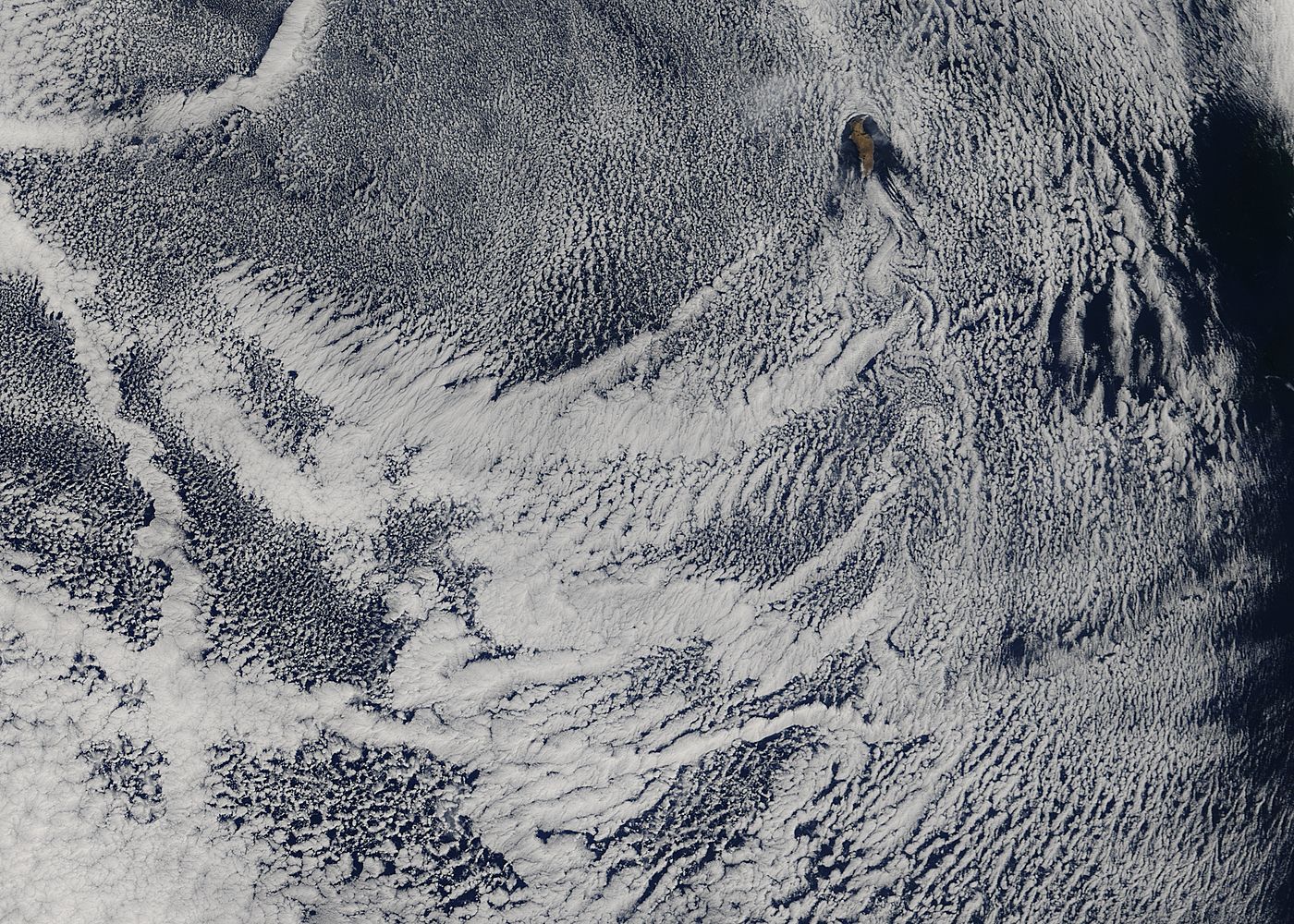 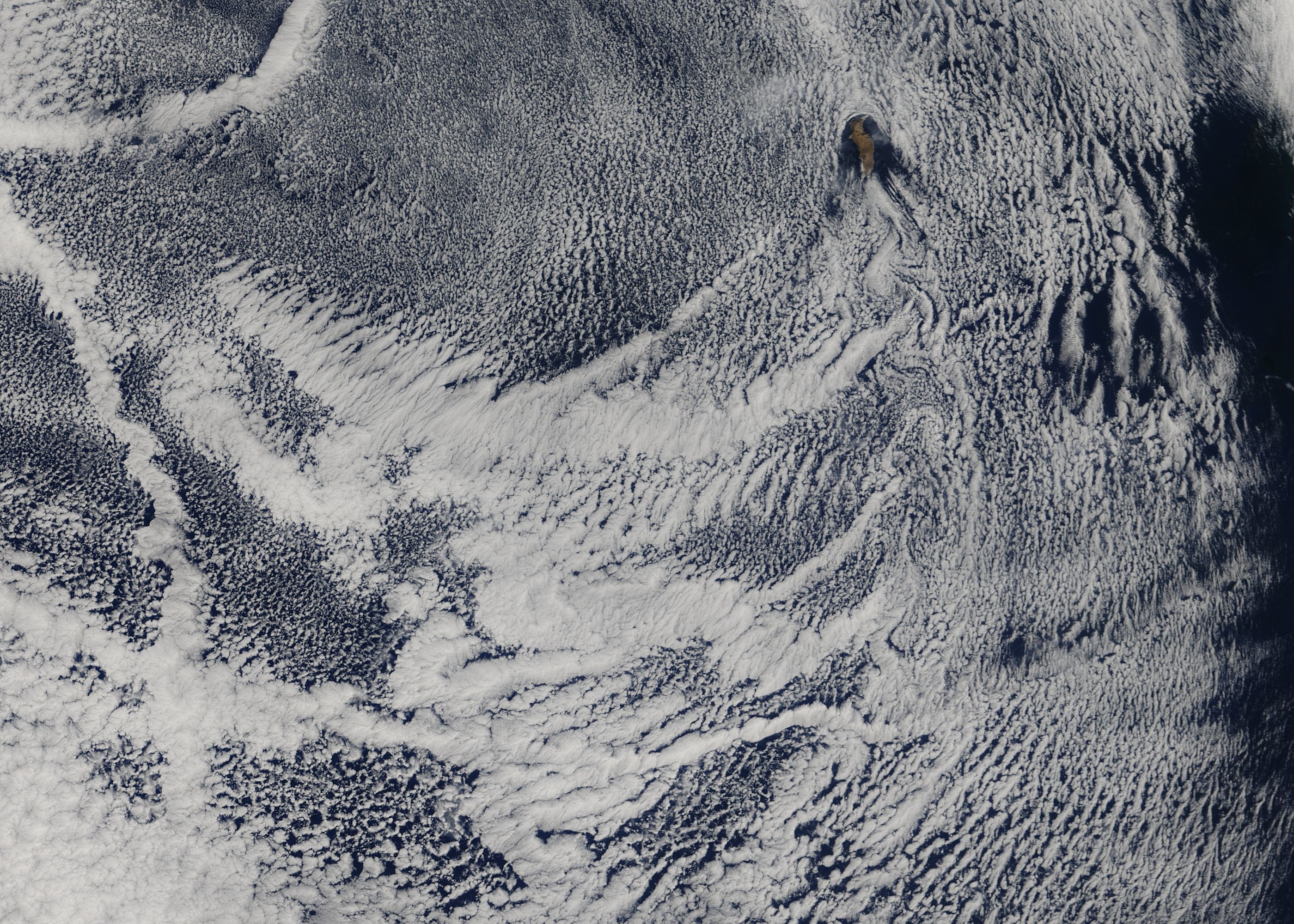 Cloud vortices- the striking patterns seen in this image- are produced by the flow of air in the atmosphere. Clouds are made up of many small droplets of water or ice crystals, formed around what is called a condensation nucleus: a small particle of dust, ash, or smoke. They reflect all visible wavelengths of sunlight, which often makes them appear white. However, clouds sometimes appear gray or even black, as they do in some portions of this image. This phenomenon is caused by the process of accumulation, where droplets within the cloud merge with others, forming larger droplets. The space between droplets then becomes larger, allowing more light to be absorbed within the cloud, thus making portions of it appear to be darker to the naked eye. Clouds within the vicinity of large water bodies frequently form parallel rows, called "cloud streets," along the direction of wind flow. When that flow is interrupted by an obstacle, such as an island, a series of organized eddies can appear within the cloud layer downwind of the obstacle. These patterns are known as von Karman cloud streets, for the late fluid dynamicist Theodore von Karman. He was a professor of aeronautics at the California Institute of Technology in Pasadena and one of the founders of NASA's Jet Propulsion Laboratory.