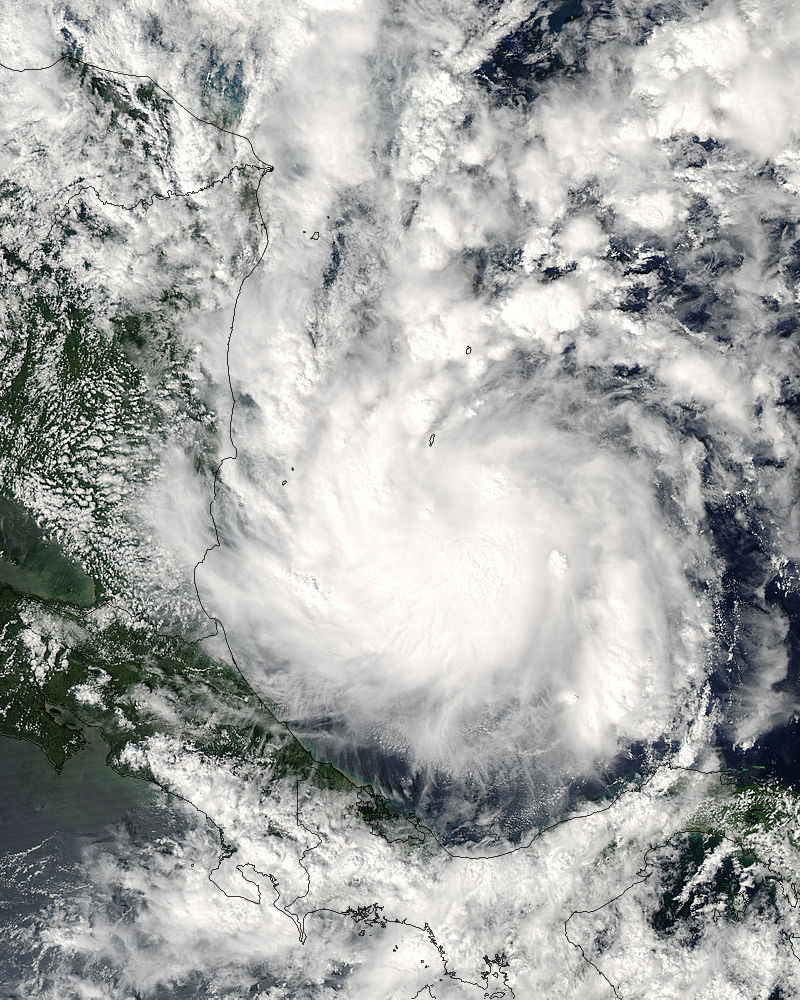 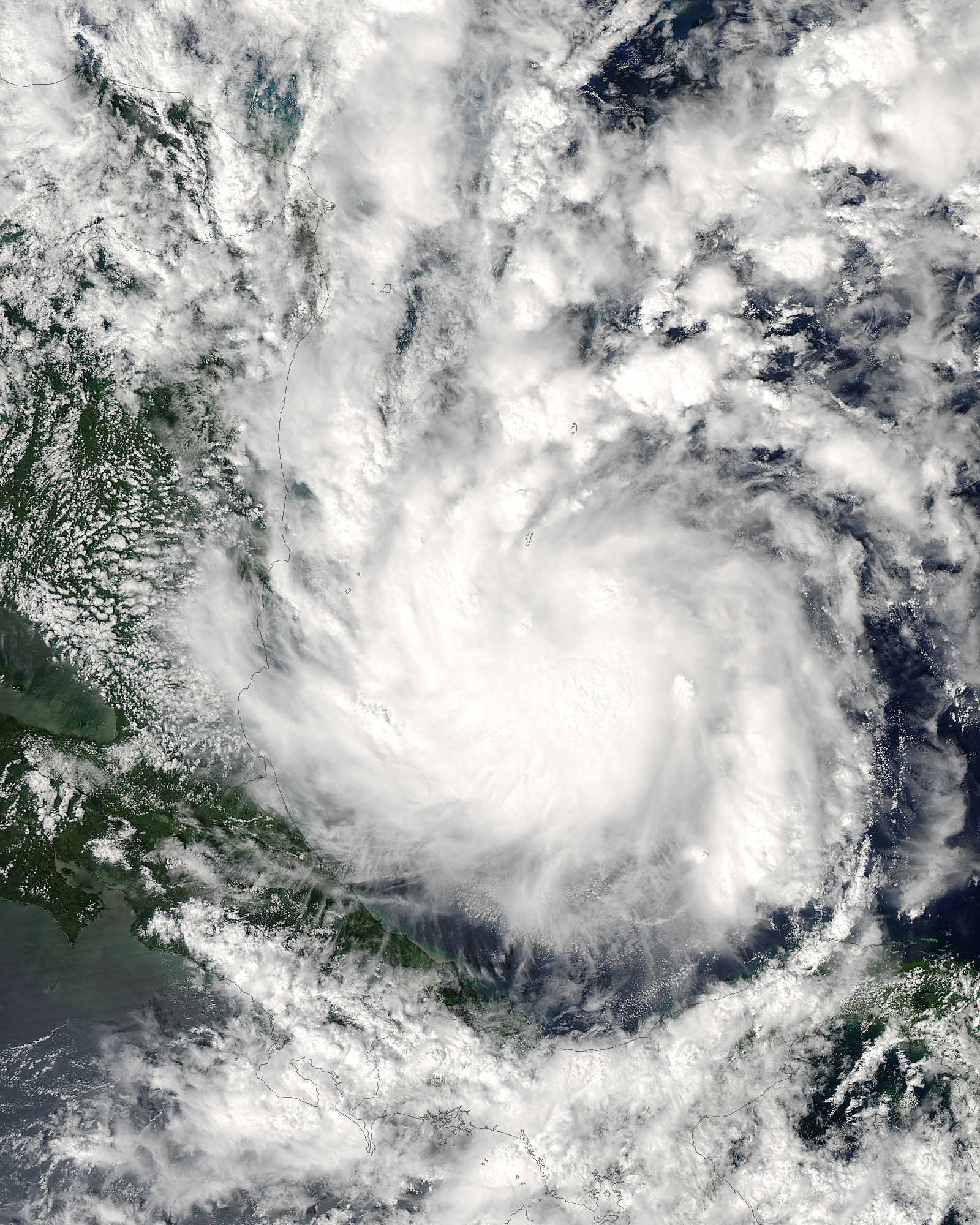 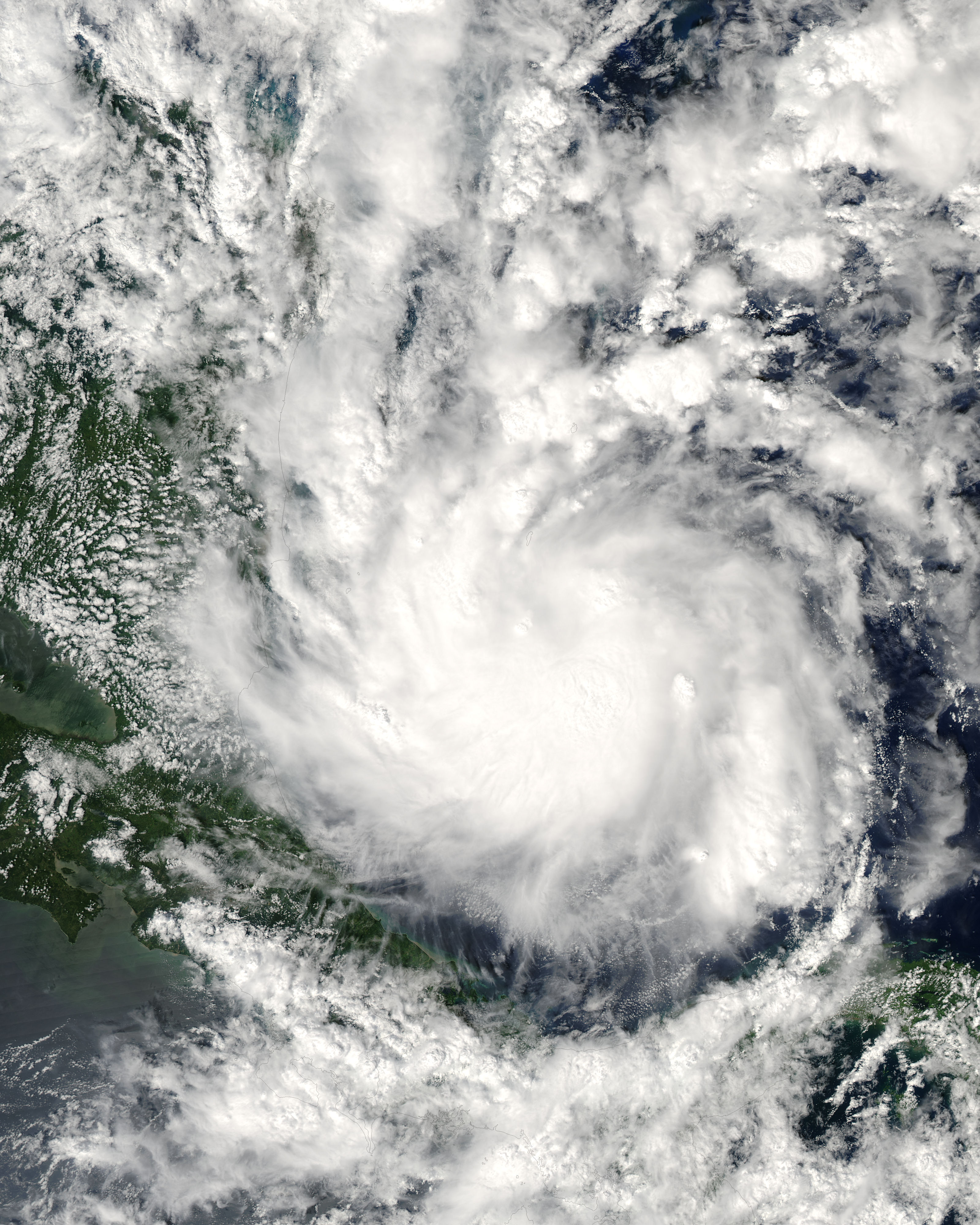 Hurricane Epsilon in the North Atlantic

Hurricane Epsilon was gathering strength when this image was acquired on December 4, 2005. In the early morning hours of December 5, it was located about 950 kilometers (590 miles) West-Southwest of the Azores. The storm´s maximum sustained winds had reached about 65 knots or 75 miles per hour (1 knot = 1.15 mph), making it a Category 1 storm. Winds of hurricane force winds associated with Epsilon can be felt for up to 35 kilometers (25 miles) and tropical storm force winds can be felt for up to 185 kilometers (115 miles). It was expected to steadily lose strength over the following 24-hour period; it is projected to turn to the Northeast and it is not projected to strike land. Epsilon is the 26th named storm this season, which is the most active on record. The first 21 storms were given names that started with the letters of the Roman alphabet, “A” through “W”. By convention, “Q”, “U”, “X”, “Y”, and “Z” are not used; instead, additional names are taken from the Greek alphabet. The 22nd storm was named “Alpha”, while the storms that followed were named “Beta”, “Gamma”, and “Delta”. The next storm, should one occur, will be named “Zeta”.