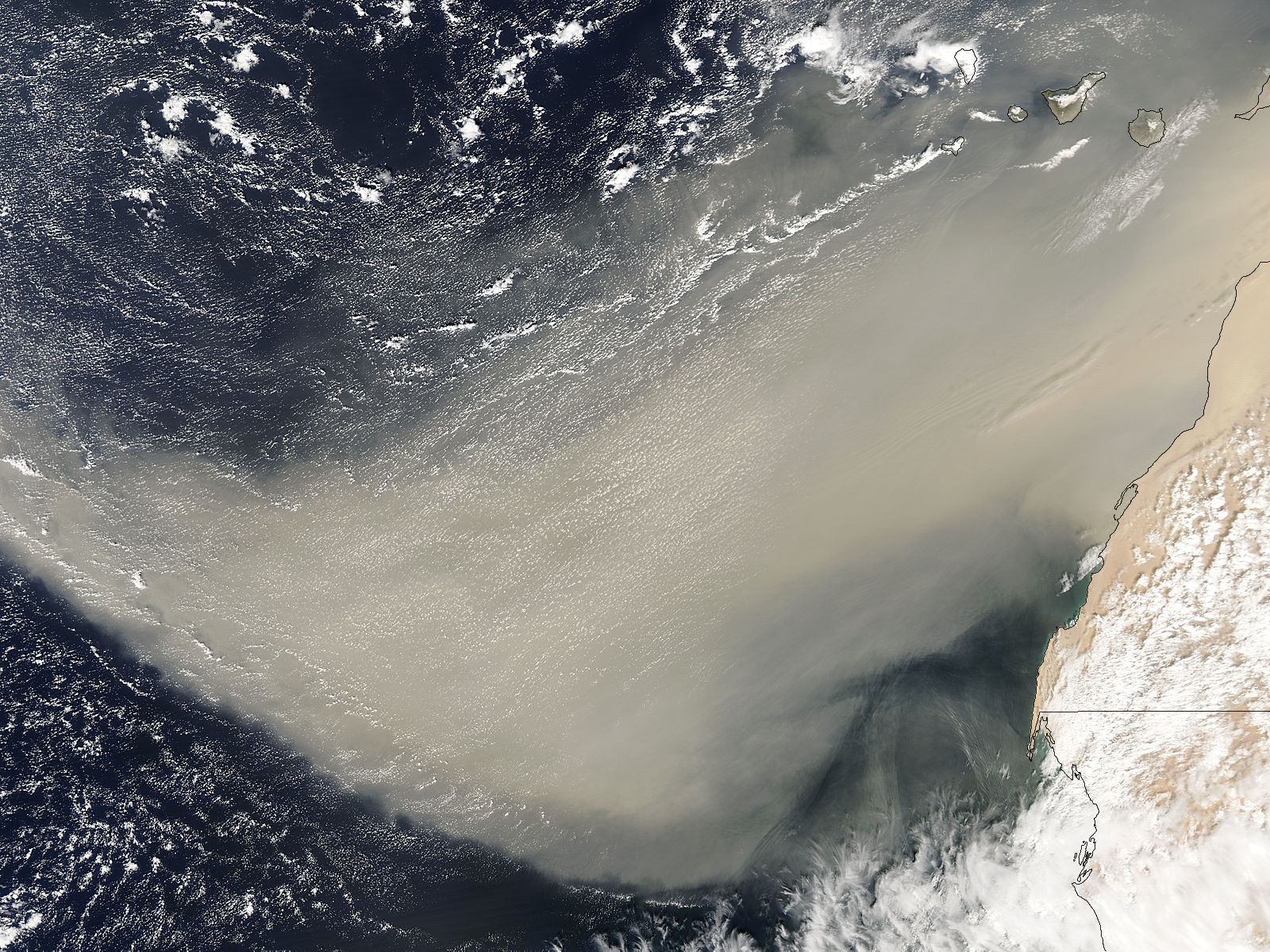 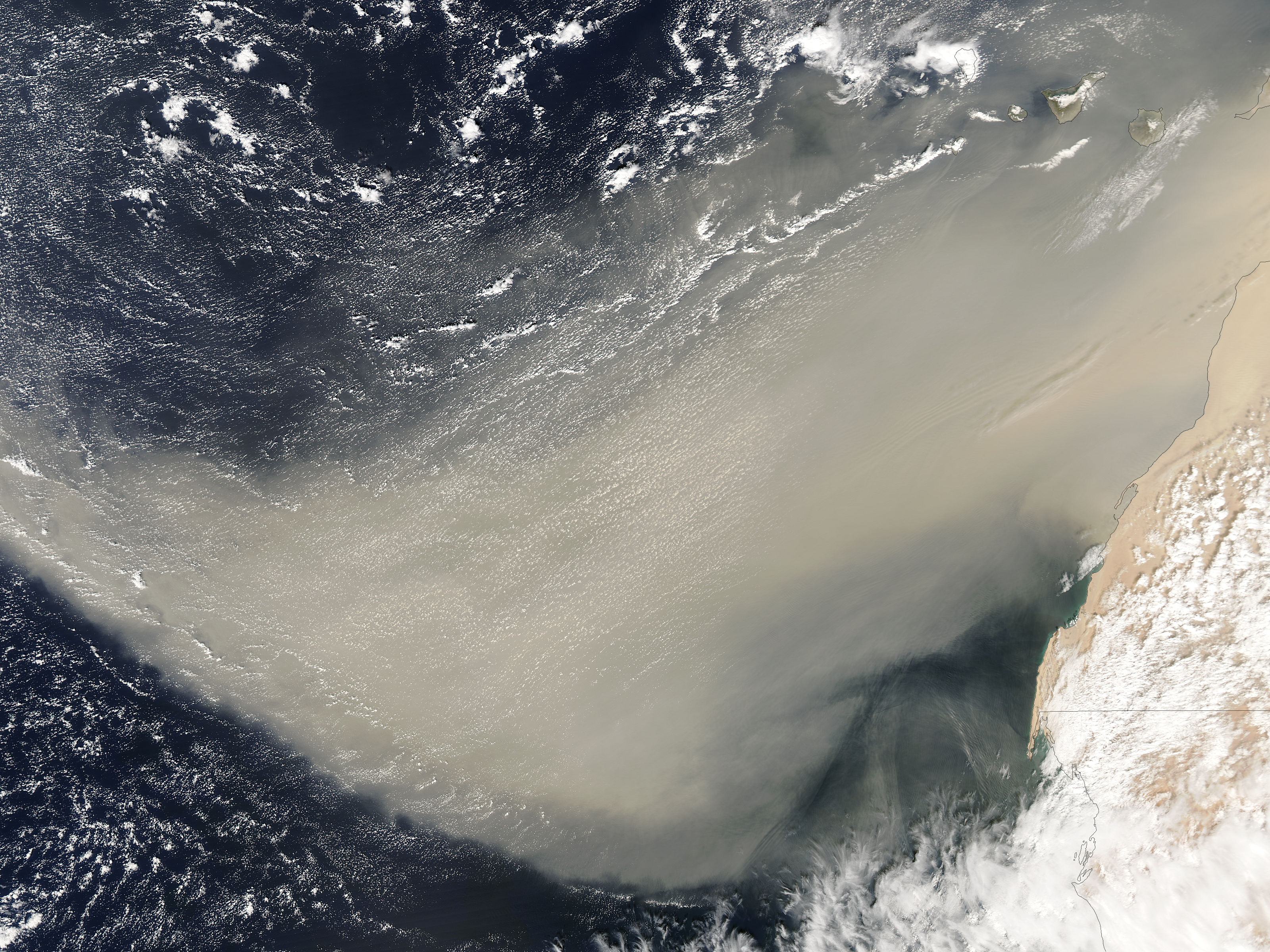 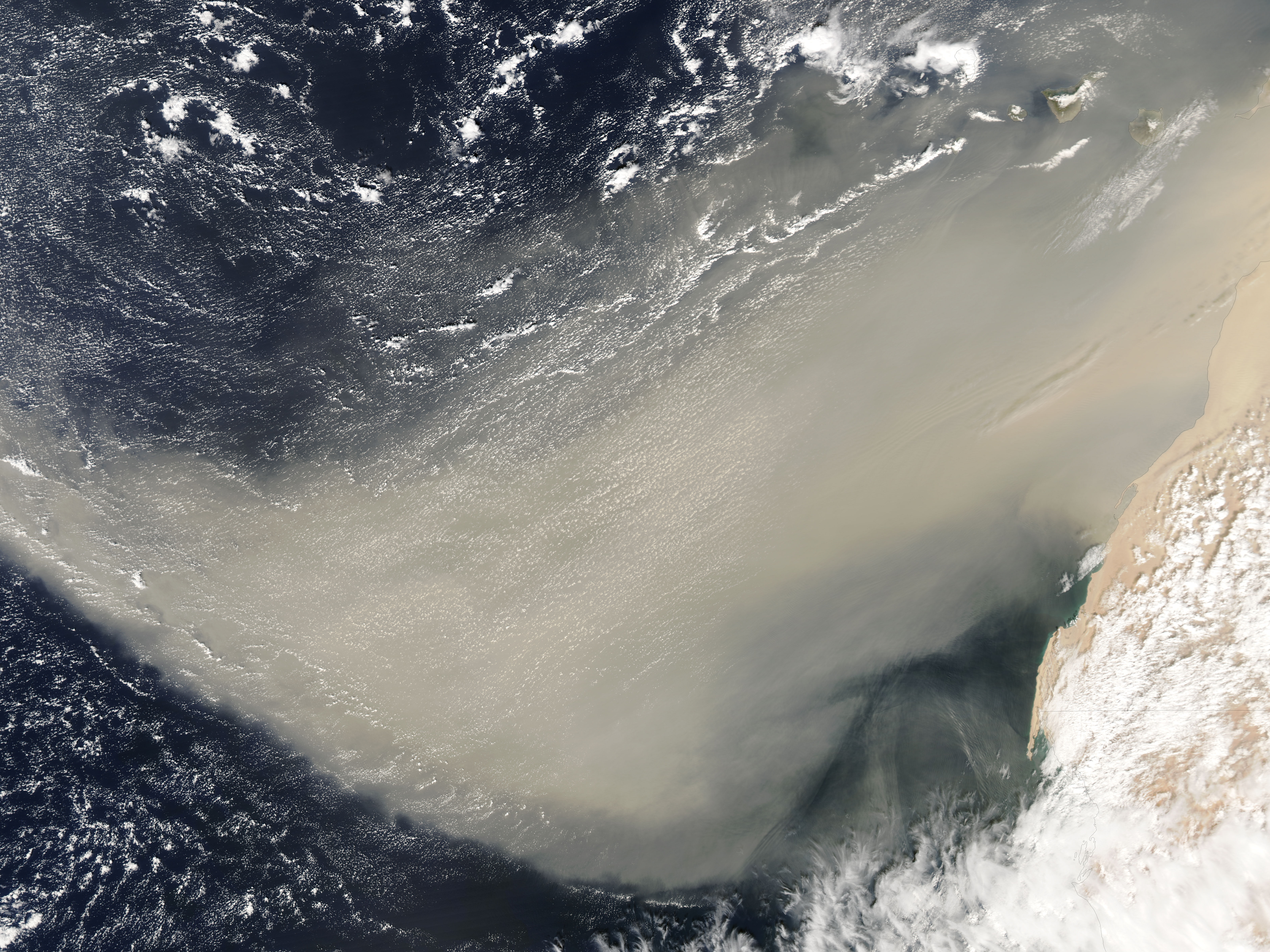 A river of pale tan dust sweeps out of northern Africa's deserts and out over the Atlantic Ocean in this true-color Aqua MODIS image from February 12, 2005. Dust storms of this magnitude are common in this part of the world; the lack of extensive vegetation in northern Africa's deserts means that winds can easily pick up dust and soil from the land's surface. Strong enough wind currents can even carry the dust all the way across the Atlantic Ocean to the Gulf of Mexico, where the iron content in the dust has been linked to red tides. The dust partially obscures the Canary Islands at the top of the image, while white clouds cover most of Western Sahara (right center edge) and Mauritania (lower right corner).