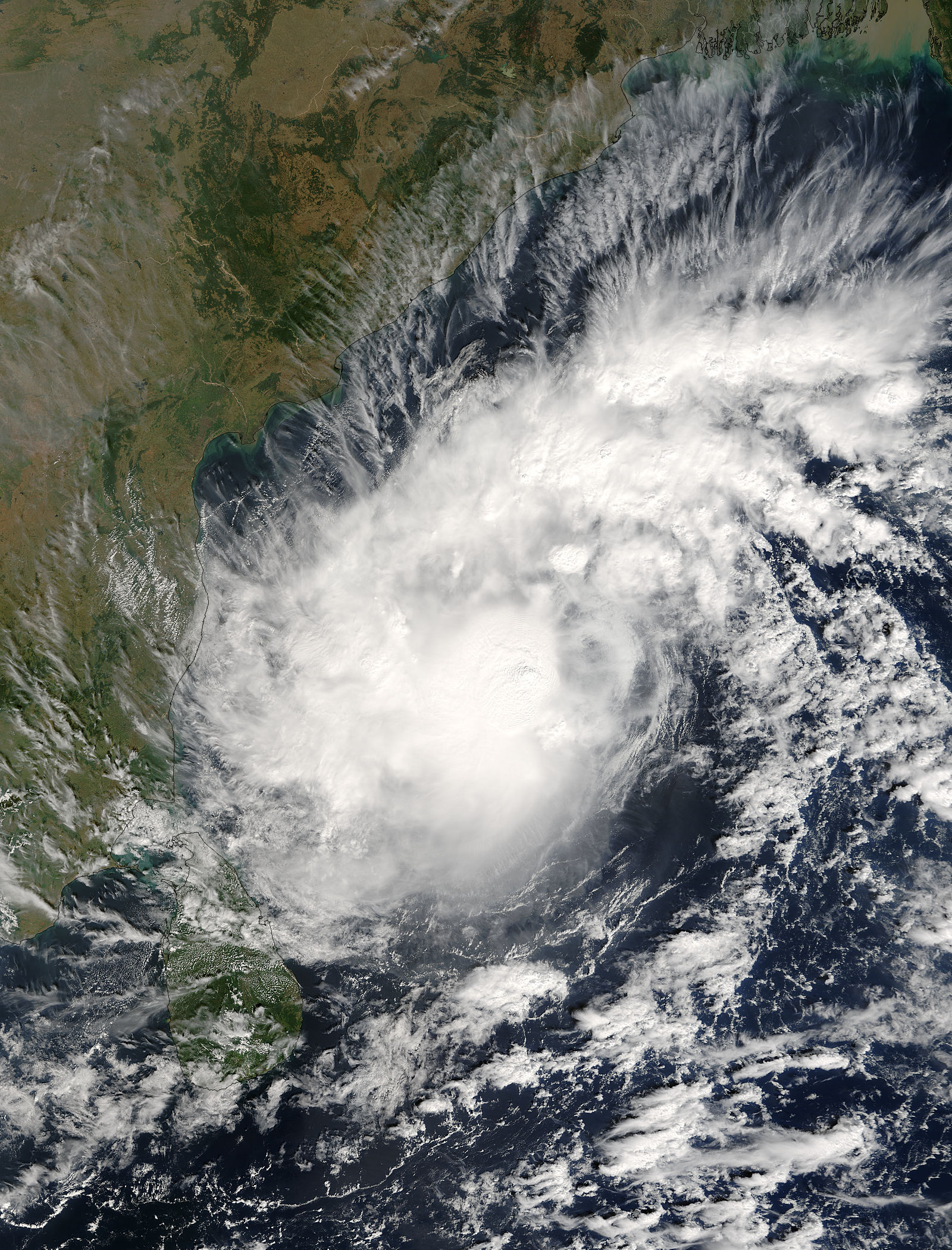 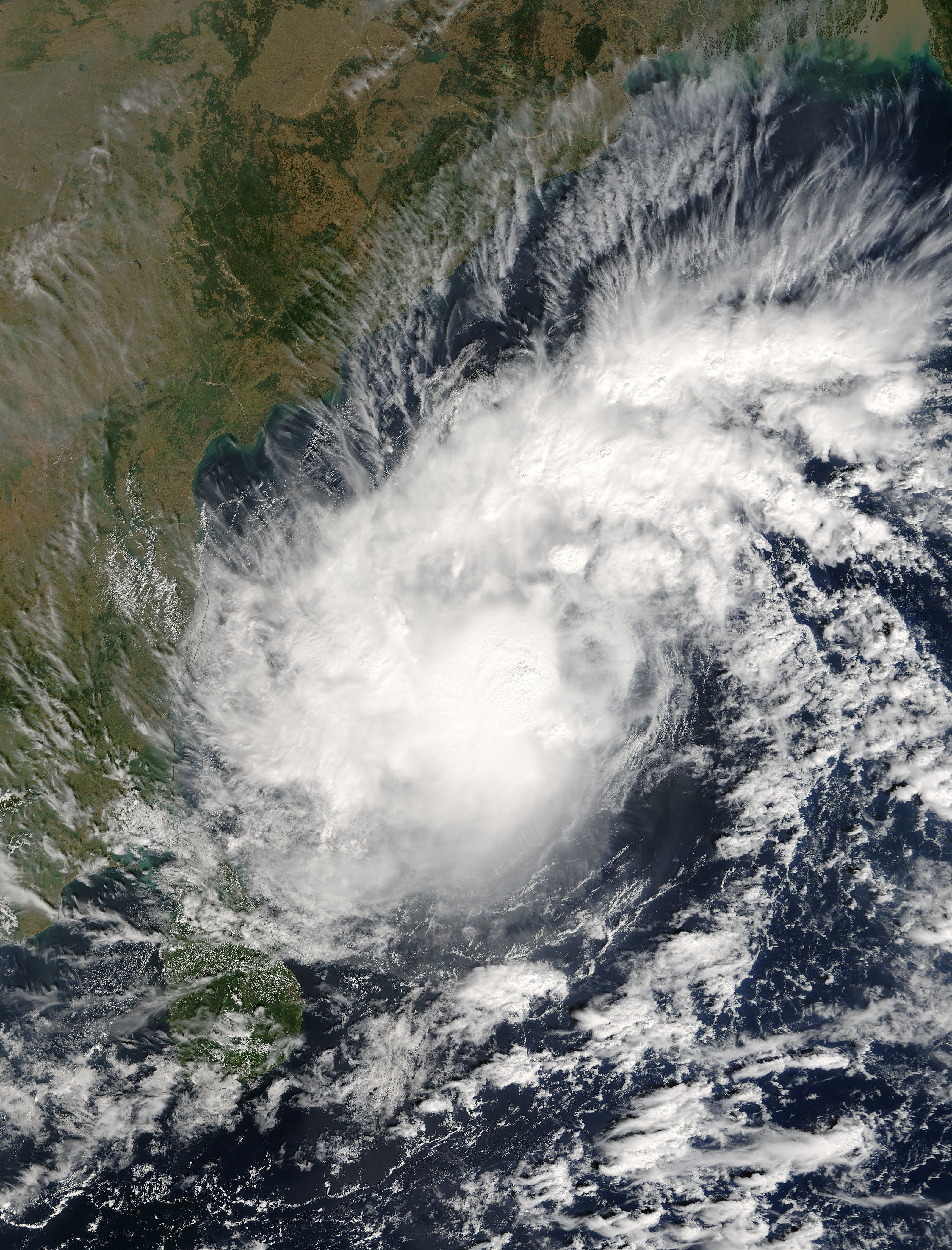 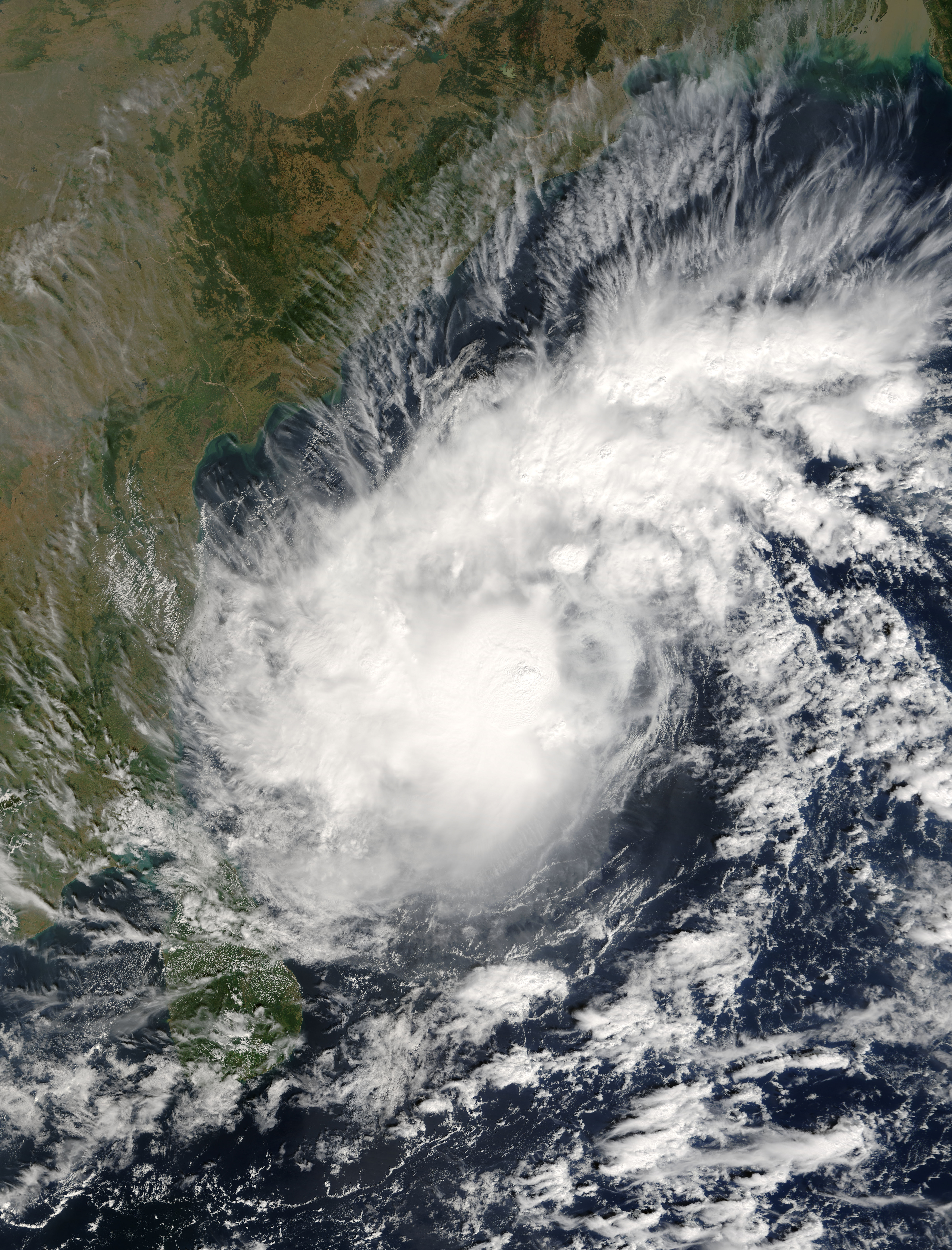 Tropical Cyclone Baaz was approaching the coast of India and the island of Sri Lanka when this image was acquired on November 29, 2005. As of early morning on December 1, it was moving at a speed of 2 knots or 2.3 miles per hour (1 knot = 1.15 mph) due West. The storm had a maximum sustained wind speed of 45 knots or 52 miles per hour, with gusts up to 55 knots or 63 miles per hour. It is projected to intensify slightly before making landfall on December 2nd or 3rd and then weaken quickly. Cyclones are large, rotating masses of air centered on a region of low pressure; cyclones (of sufficient strength) are called “hurricanes” in the Caribbean and “typhoons” in Southeast Asia. They are given names to facilitate communication. By international agreement, countries in the region of interest (in this case the Bay of Bengal and the Arabian Sea) contribute names to a list which is rotated every 5 years. The countries are: Bangladesh, India, Maldives, Myanmar, Oman, Pakistan, Sri Lanka and Thailand; Oman provided the name Baaz.