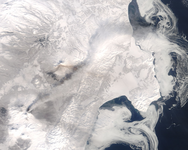 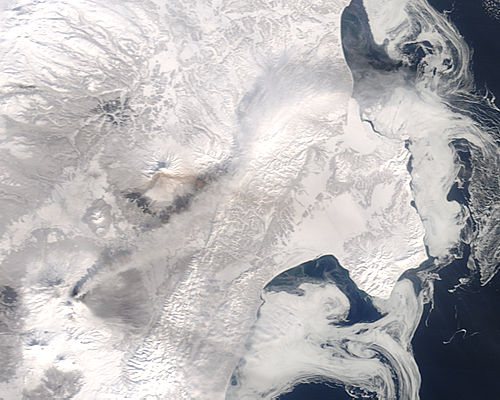 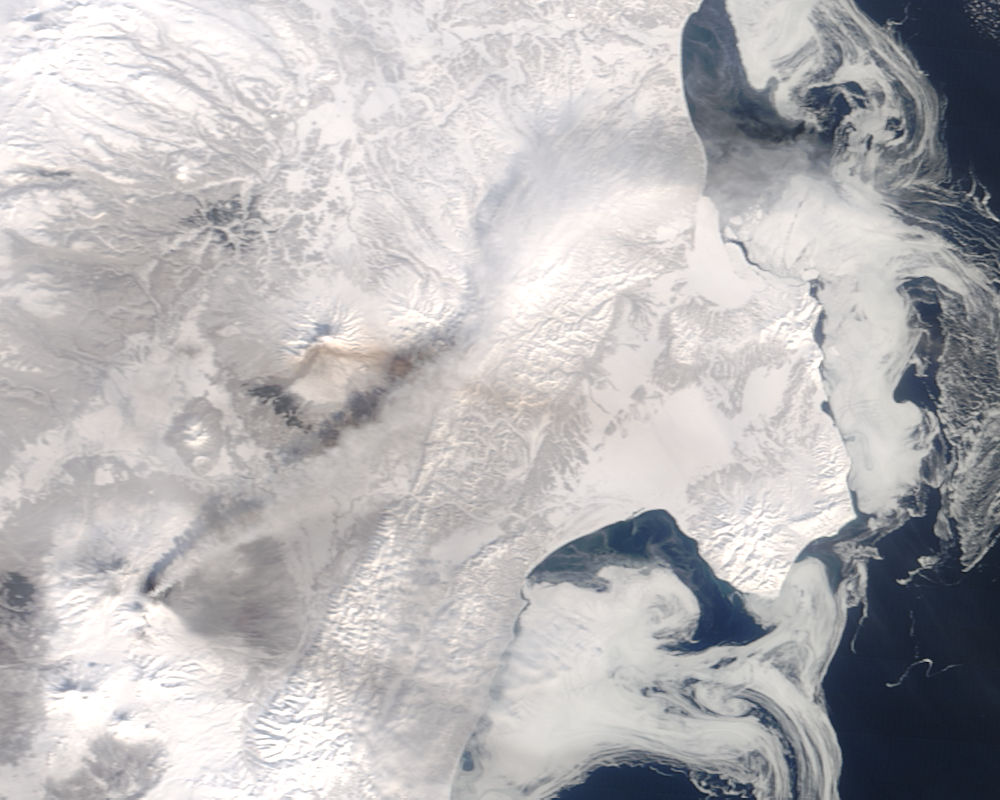 Russia´s Shiveluch and Klyuchevskaya Volcanoes continue to change to erupt and paint their flanks with grey ash, as shown in this set of images from the Terra MODIS instrument acquired on March 17, 2005. Of the two, Shiveluch (near center) has been producing the most ash and smoke, yet in this image it is Klyuvechskaya (lower left) that is producing the long stam of smoke and darker covering of ash. Klyuvechskaya has only recently been showing more intense volatile activity: it has been sending "volcanic bombs" hundreds of meters into the air. Volcanic bombs are pieces of lava larger than 64 mm (roughly 2.6 inches) in diameter. The lava and explosions are rapidly melting large sections of Ehrman Glacier.

The top true-color image shows the two volcanos on Kamchatka Peninsula's eastern side, near the Bering Sea. White swirls of sea ice in the black water look like clouds, or extensions of the snow-covered land. In the underlying (mouseover) false-color image, the different features stand out. Ash and smoke become grey and white against the red and pink snow-covered ground, while meltwater and mud from the melting glacier are blue. The sea ice is dark red, and the intensely cold waters of the Bering Sea are a deep red-black.