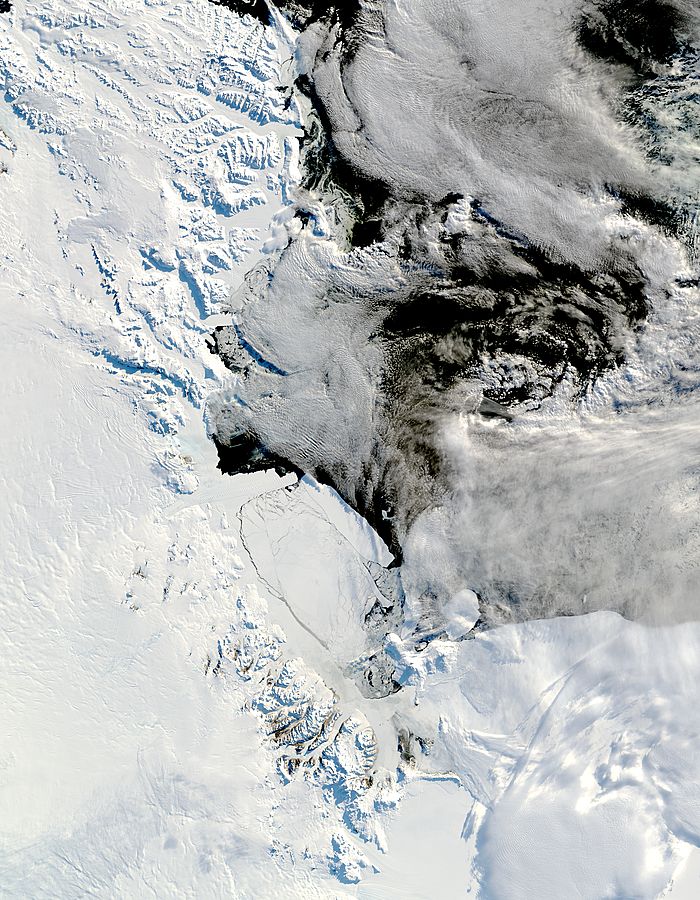 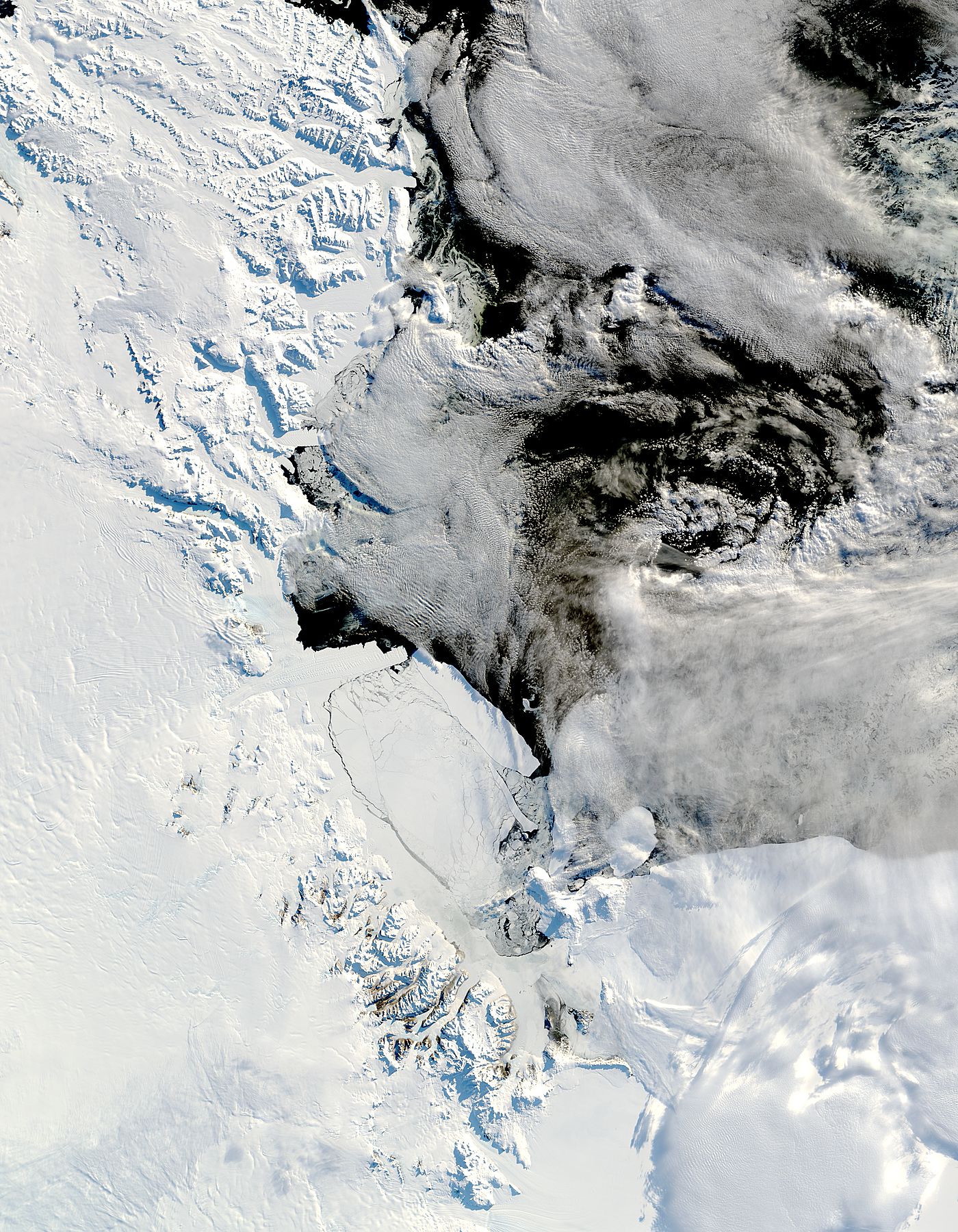 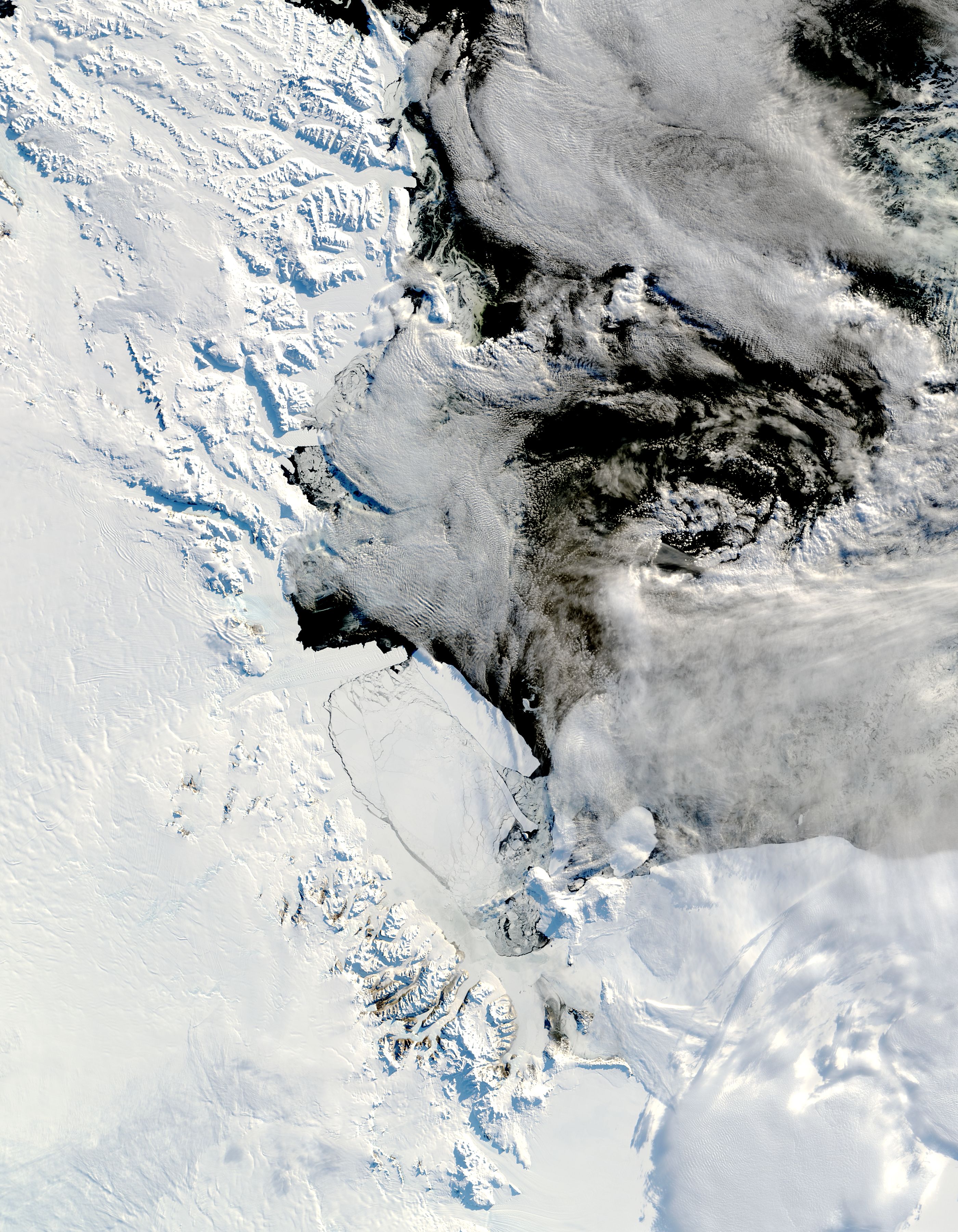 Icebergs in the Ross Sea, Antarctica

Summer is drawing to a close in Antarctica, and sea ice that was never released into the Ross Sea because of being blocked by the B-15A iceberg will have to wait until next summer for a chance at escape. This true-color Terra MODIS image from March 12, 2005 shows McMurdo Sound clogged by broken white sea ice, with smaller pieces of sea ice starting to fill the gaps between B-15A and C-16, the oblong iceberg to the left of the round B-15J iceberg. Thin white clouds over the scene cast blue shadows on the iceberg, snow, and sea ice, while the deep black waters of the Ross Sea provide contrast. For comparison of the sea ice extent, see this image from February 25, 2005.