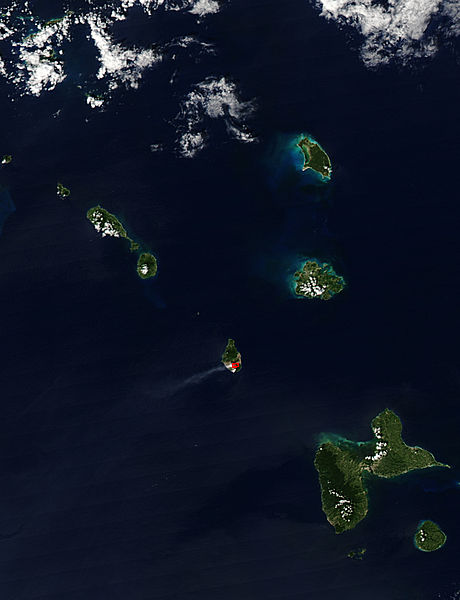 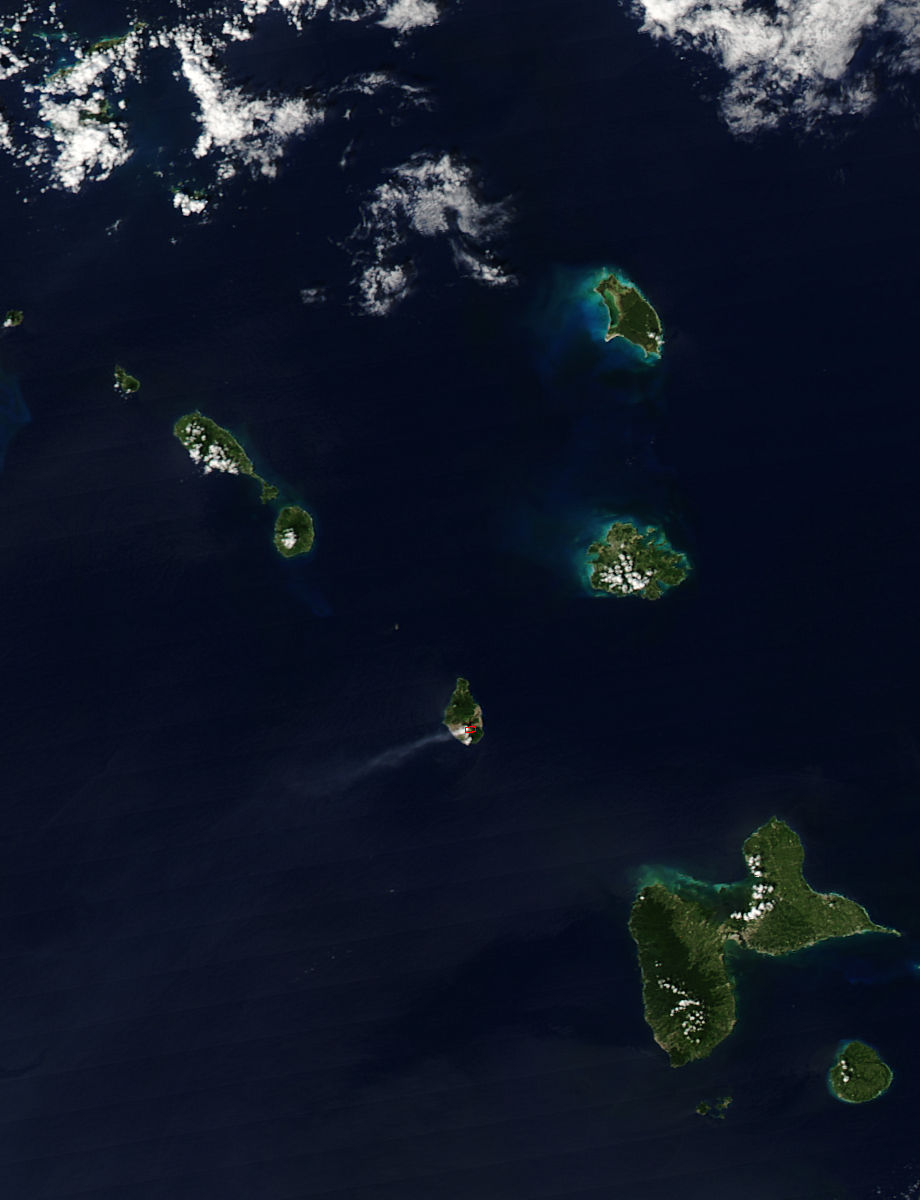 The Soufriere Hills Volcano on Montserrat continued to produce a plume of ash on November 19, 2005. In this image, a thin plume of volcanic ash drifts westward from the volcano; red lines outline the volcano´s summit. The volcanic ash appears as a lighter shade of blue over the ocean surface while the clouds are white. To the Northwest of Montserrat are the islands of St. Kitts and Nevis, to the Northeast are the islands of Antigua and Barbuda, and to the South are the islands of Guadalupe; all of these islands are a part of what is sometimes called the “Lesser Antilles”, located in the Northeastern portion of the Caribbean Sea . Although it has been periodically producing sizeable earthquakes since 1897, Soufriere Hills Volcano remained dormant for centuries. It erupted for the first time in recorded history on July 18, 1995, and continued for over two and a half years, destroying the capital city of Plymouth and causing the evacuation of most of the residents of Montserrat. Soufriere Hills is a “stratovolcano”, a large, conical mountain formed from lava flow and volcanic ash. Just under half of all volcanic eruptions in the last 10,000 years have been from stratovolcanoes- including Mt. St. Helens in 1980 and 2004-2005.