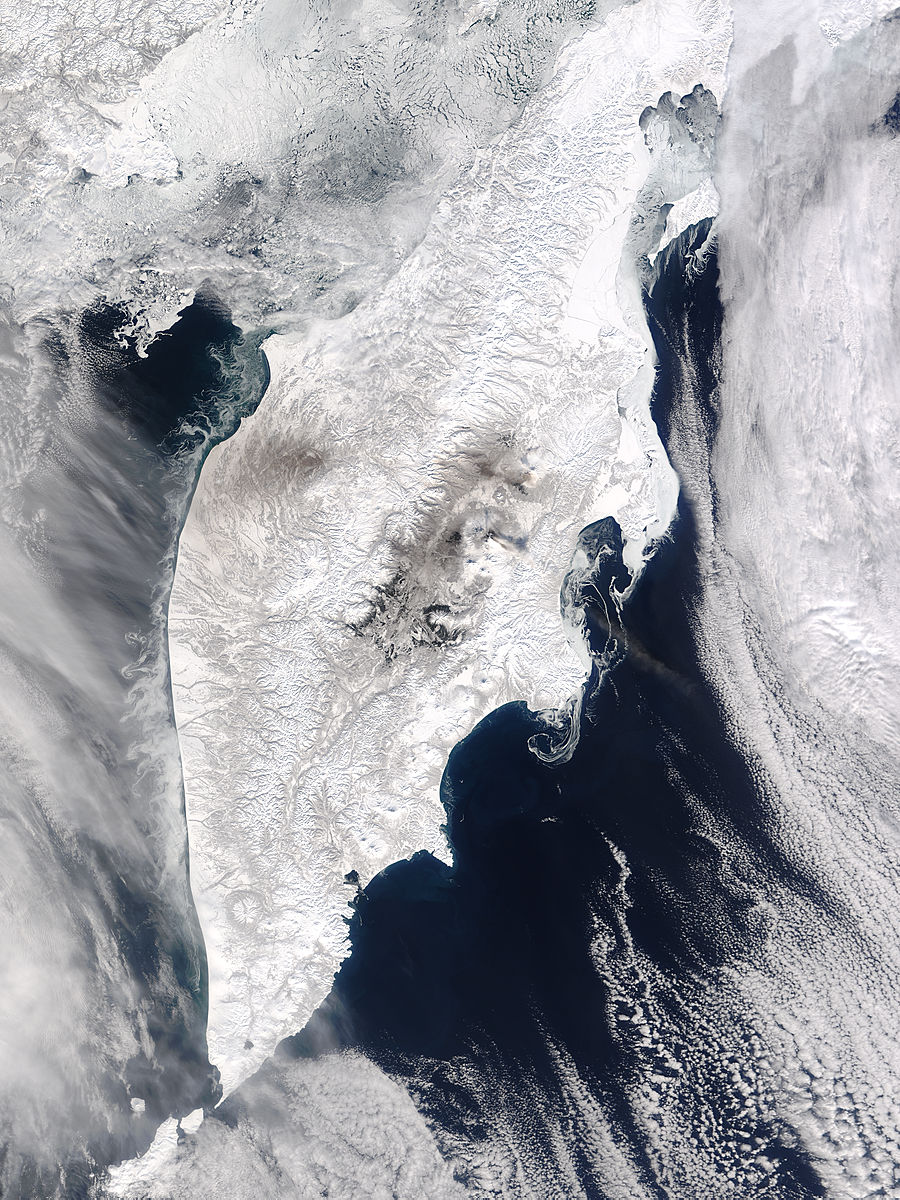 Russia's Kamchatka Peninsula, called the land of glaciers and volcanoes, is home to two erupting volcanoes: Klyuchevskaya and Shiveluch. Both are on the central eastern side of the peninsula, with Shiveluch to the north, and Klyuchevskaya to the south. This pair of MODIS images - true-color on top and false-color rollover - show the entire peninsula, and were acquired on March 8, 2005. The smoke and ash from the erupting volcanoes blends into the snow in the true-color version as they stream away to the southeast, but are much more visible against the cold red snow in the false-color version. Klyuchevskaya's eruptions have been intense - the lava and explosions are rapidly melting large sections of Eherman Glacier, and the volcano is sending "volcanic bombs" hundreds of meters into the air. Volcanic bombs are pieces of lava larger than 64 mm (roughly 2.6 inches) in diameter. In the false-color rollover image, where red represents snow and ice, white and pink are clouds, and black is water, a large pyroclastic ash flow is visible in turquoise blue on the southwestern flank of Shiveluch Volcano.

The rollover image is also available in a variety of resolutions: MODIS Rapid Response website.