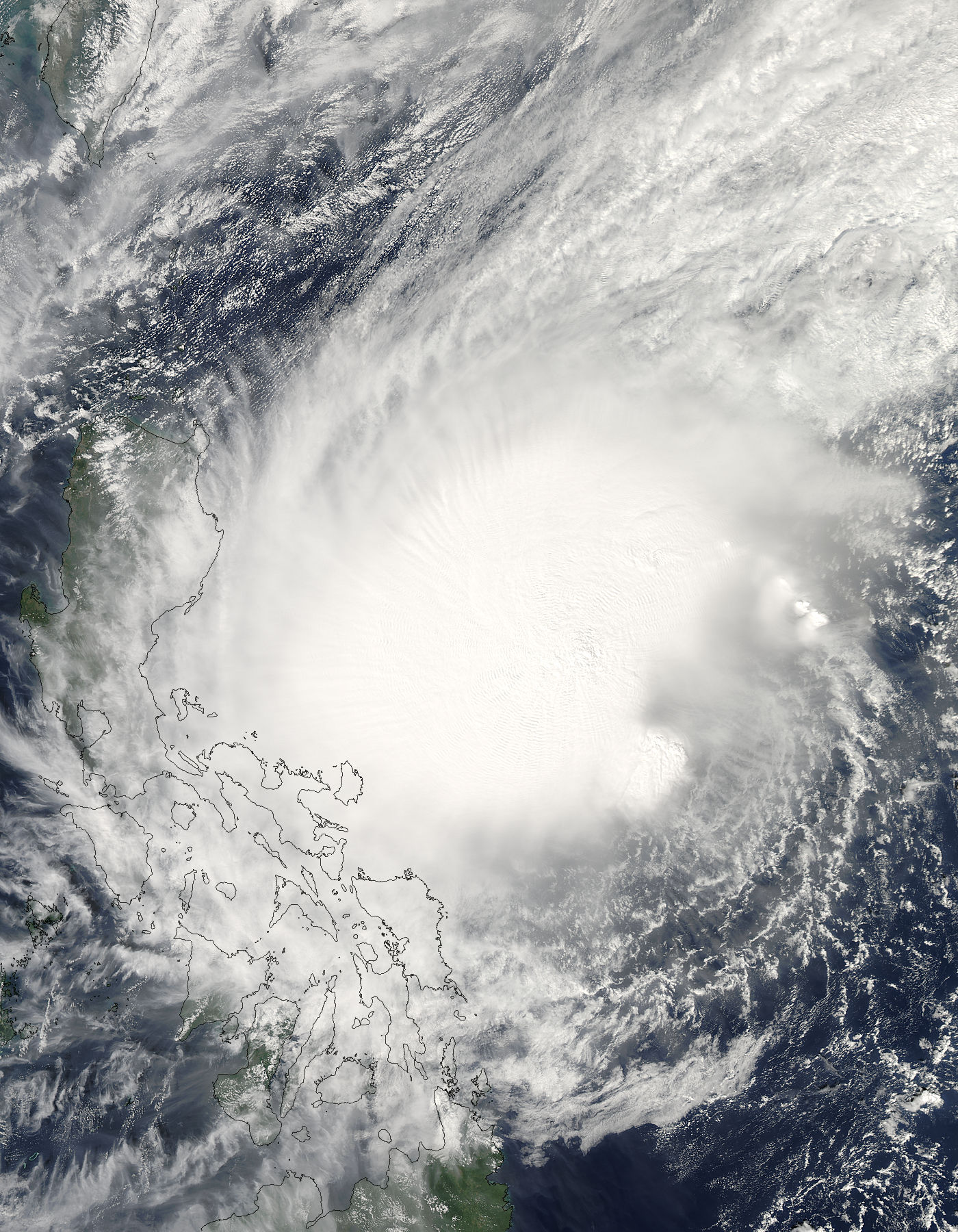 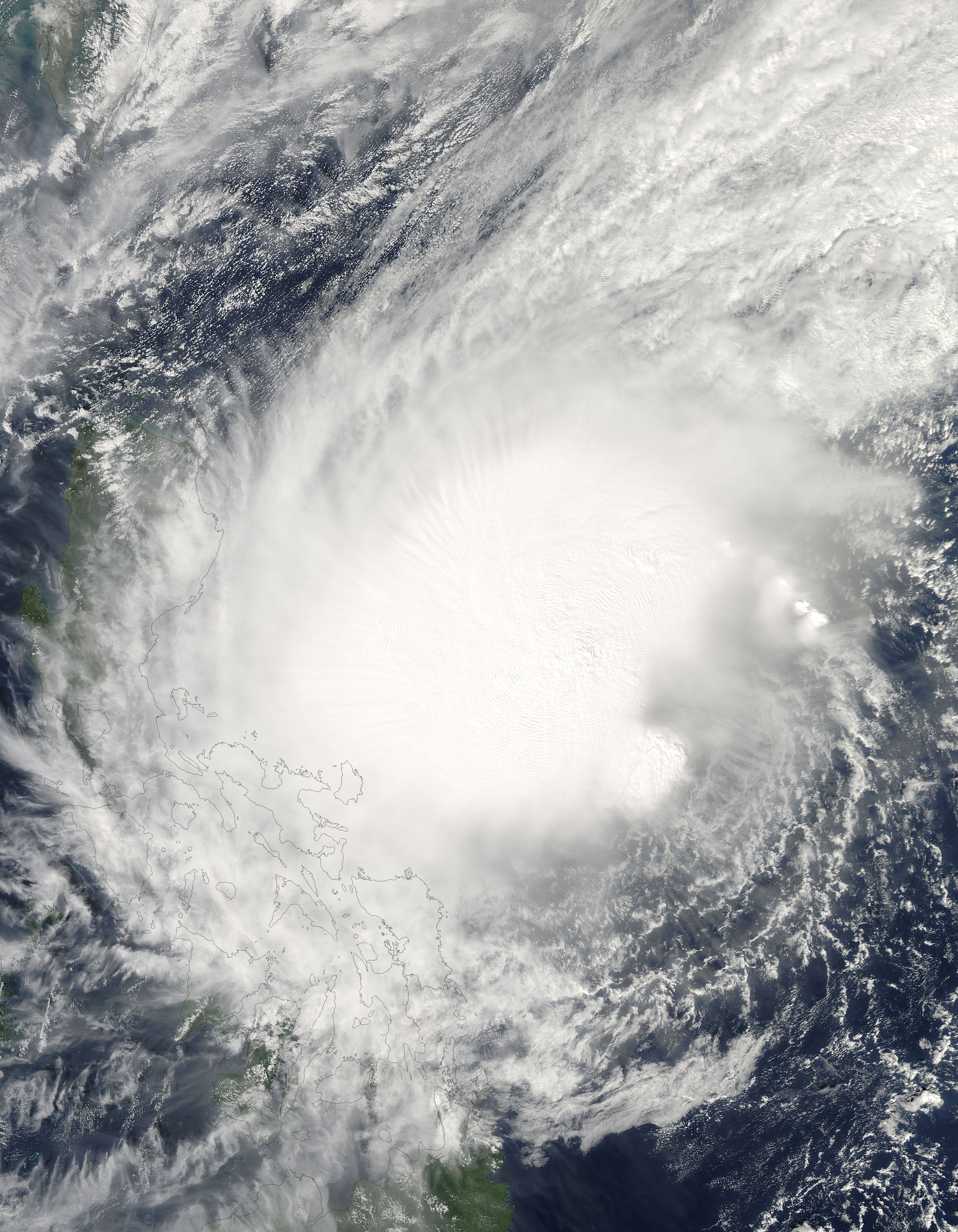 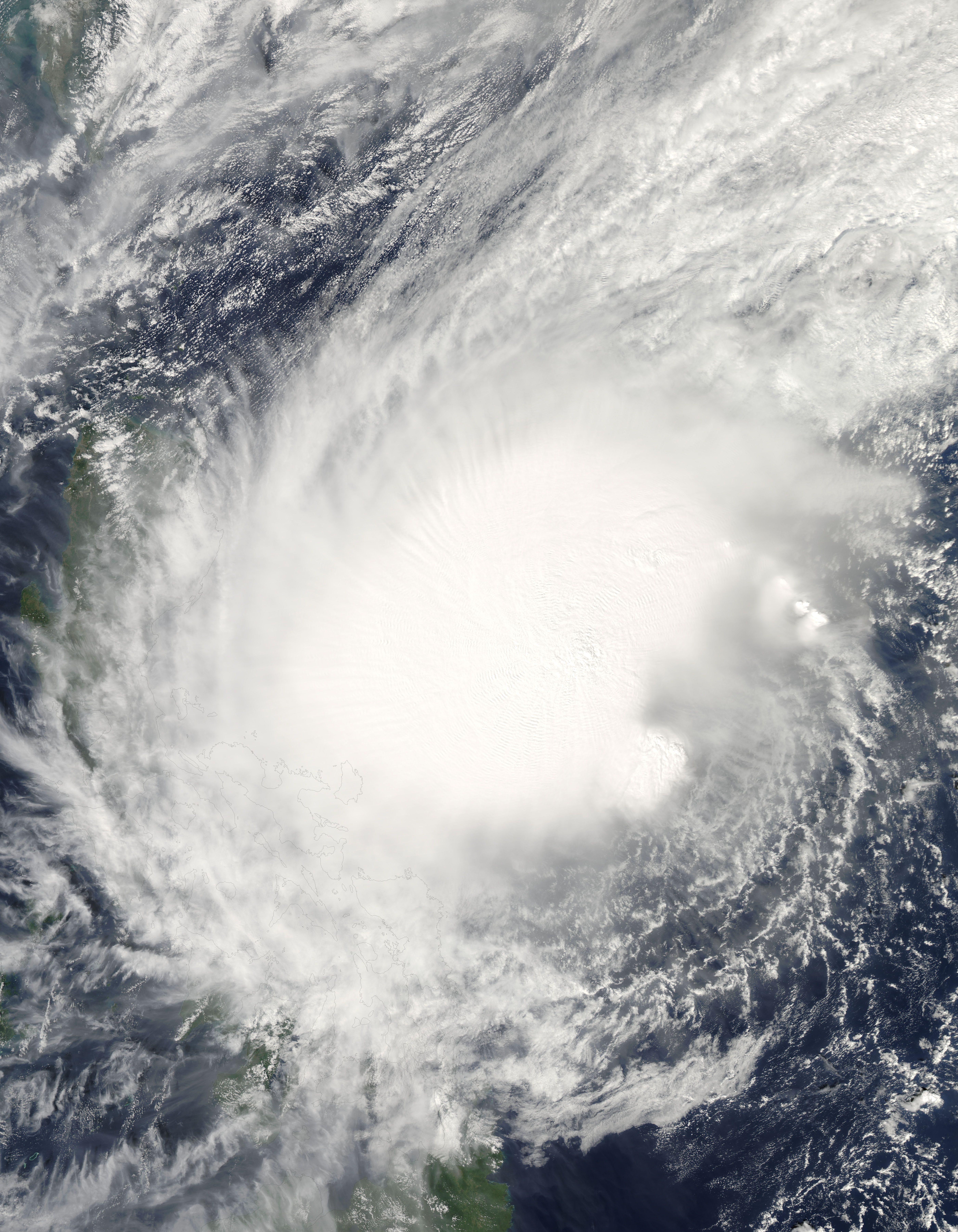 Typhoon Bolaven was approaching the Philippines when this image was acquired on November 18, 2005. At that time, it was projected to strike the coastline on November 19, 2005. The storm is currently a relatively weak Category 1 typhoon, with sustained winds of about 75 knots or 86 miles per hour (1 knot = 1.15 mph). Typhoons are types of tropical cyclones and refer to those storms that form in the North Pacific; a similar storm in the North Atlantic is called a hurricane. Tropical cyclones form over the warm waters of the tropics and gain energy in the form of heat; when the storm is cut off from its heat source, it will lose energy very quickly. Bolaven means mesa or plateau in Laotian; cyclones are given names in order to facilitate communication about them and eliminate confusion. Counties in the North Pacific contribute to a list of approved cyclone names, which rotate every five years. If a storm is sufficiently damaging or otherwise memorable, its name is removed from the list to avoid confusion.