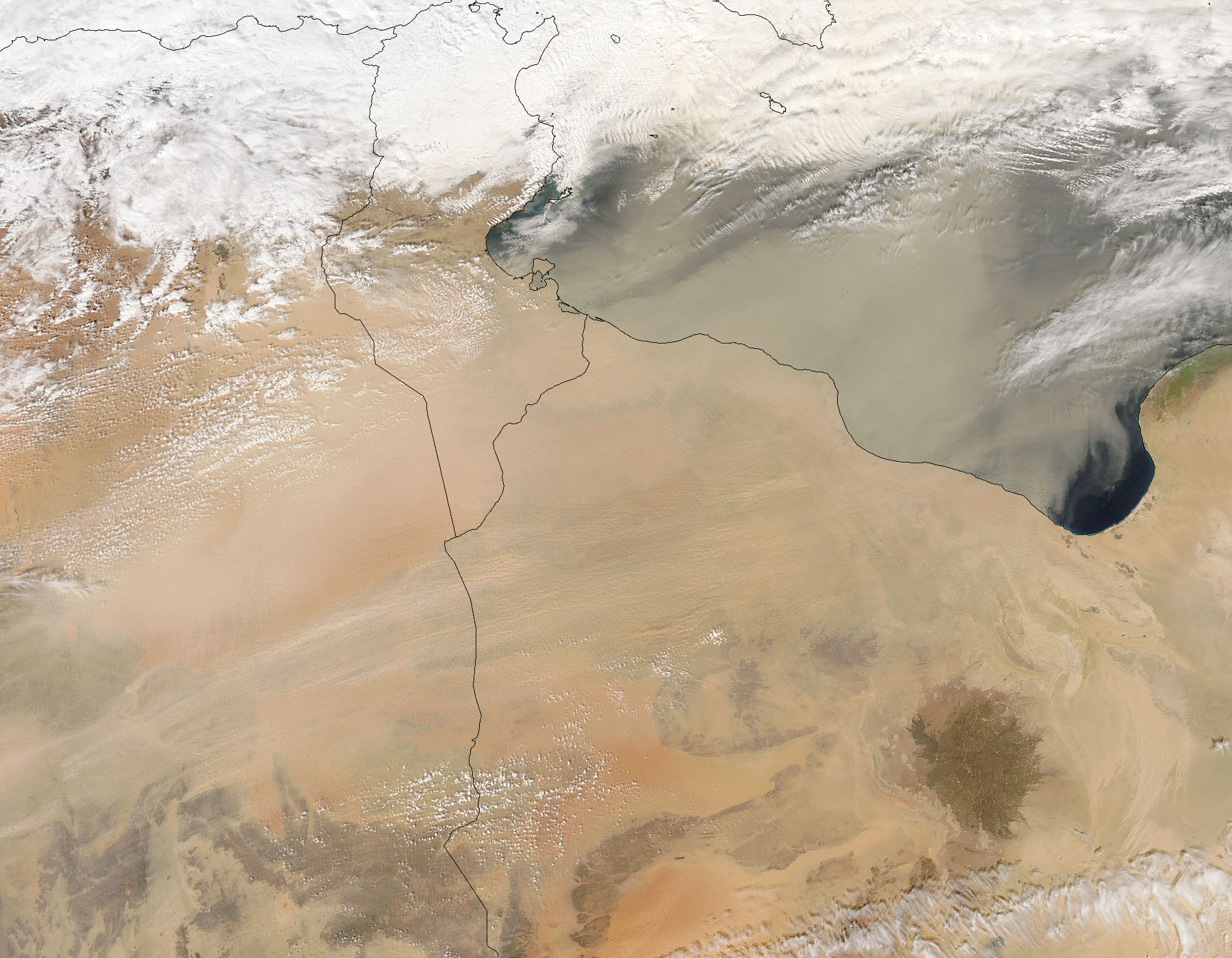 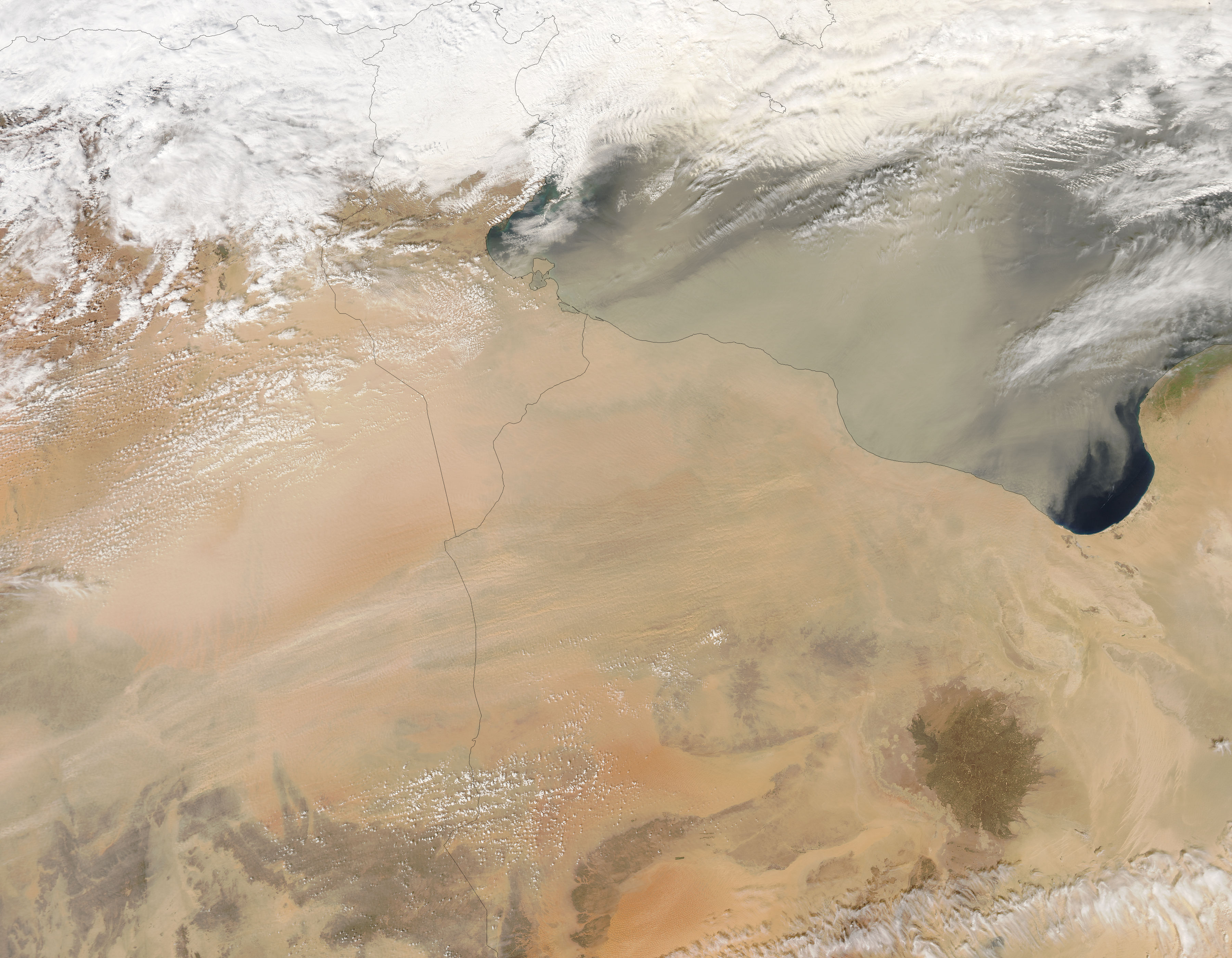 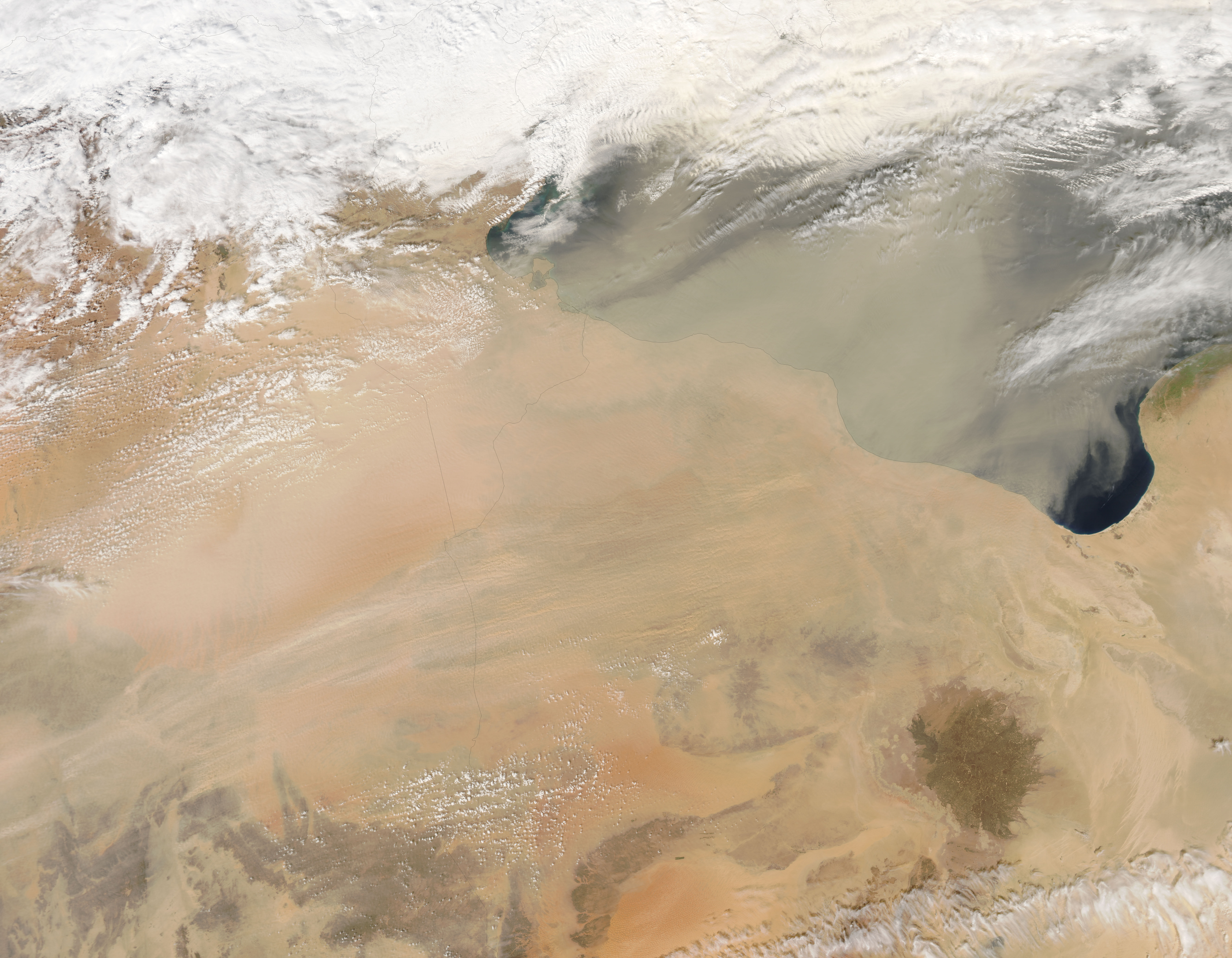 Dust Storm over Libya and Egypt

A thin sheet of dust blew northeastward from deserts in northern Africa and out across the Mediterranean Sea (upper right) on March 1, 2005. The orange-colored sands of eastern Algeria are thickly veiled with light-colored dust, which thins as it spreads more widely over Tunisia and Libya. The dust weaves both under and over clouds in different places over the Mediterranean. At the far right edge, the clouds appear bright white, and appear to be casting a shadow on the dust plume below them. At top center, dust appears to be above the clouds, giving them a dirty appearance. This true-color Aqua MODIS image was acquired on March 1, 2005.