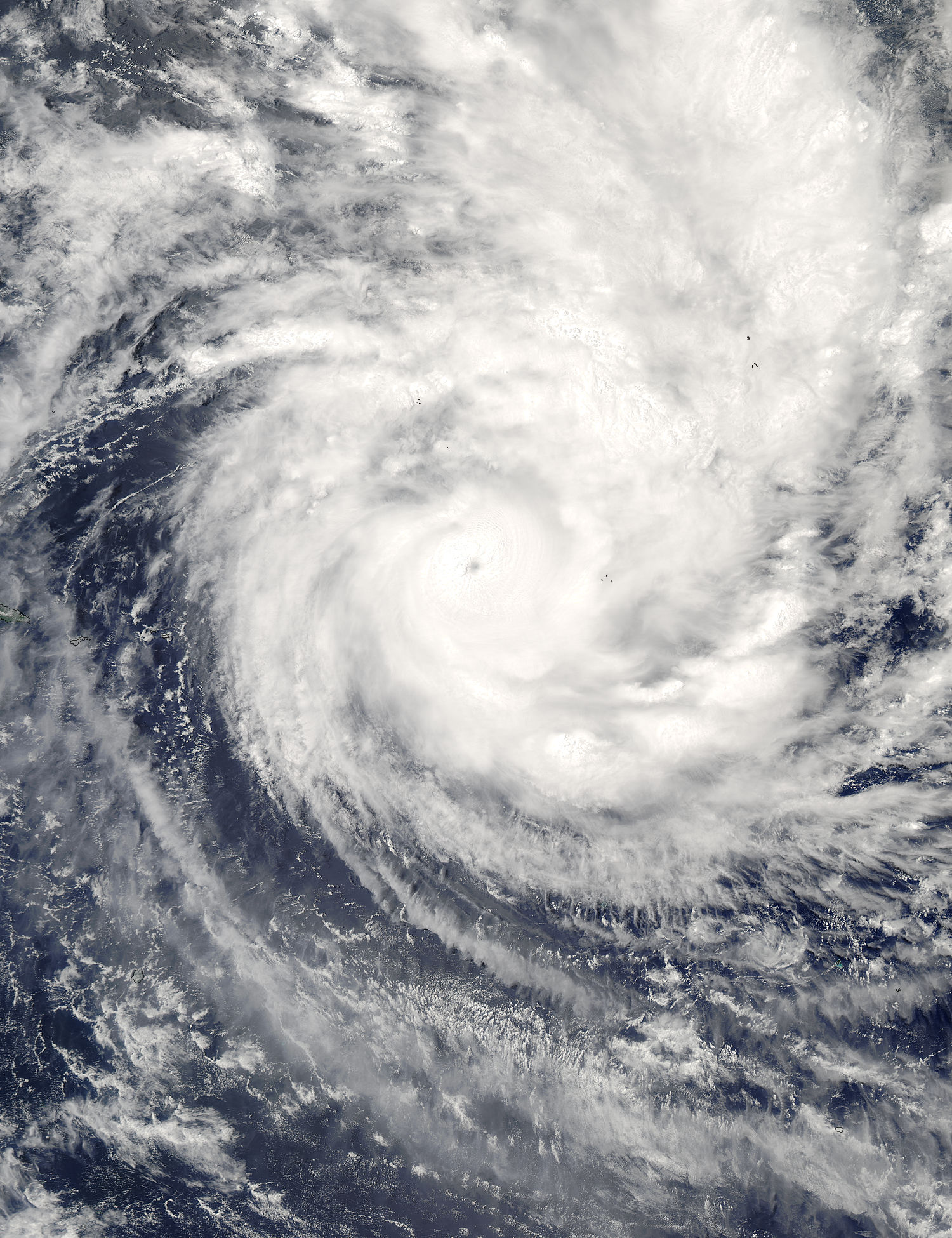 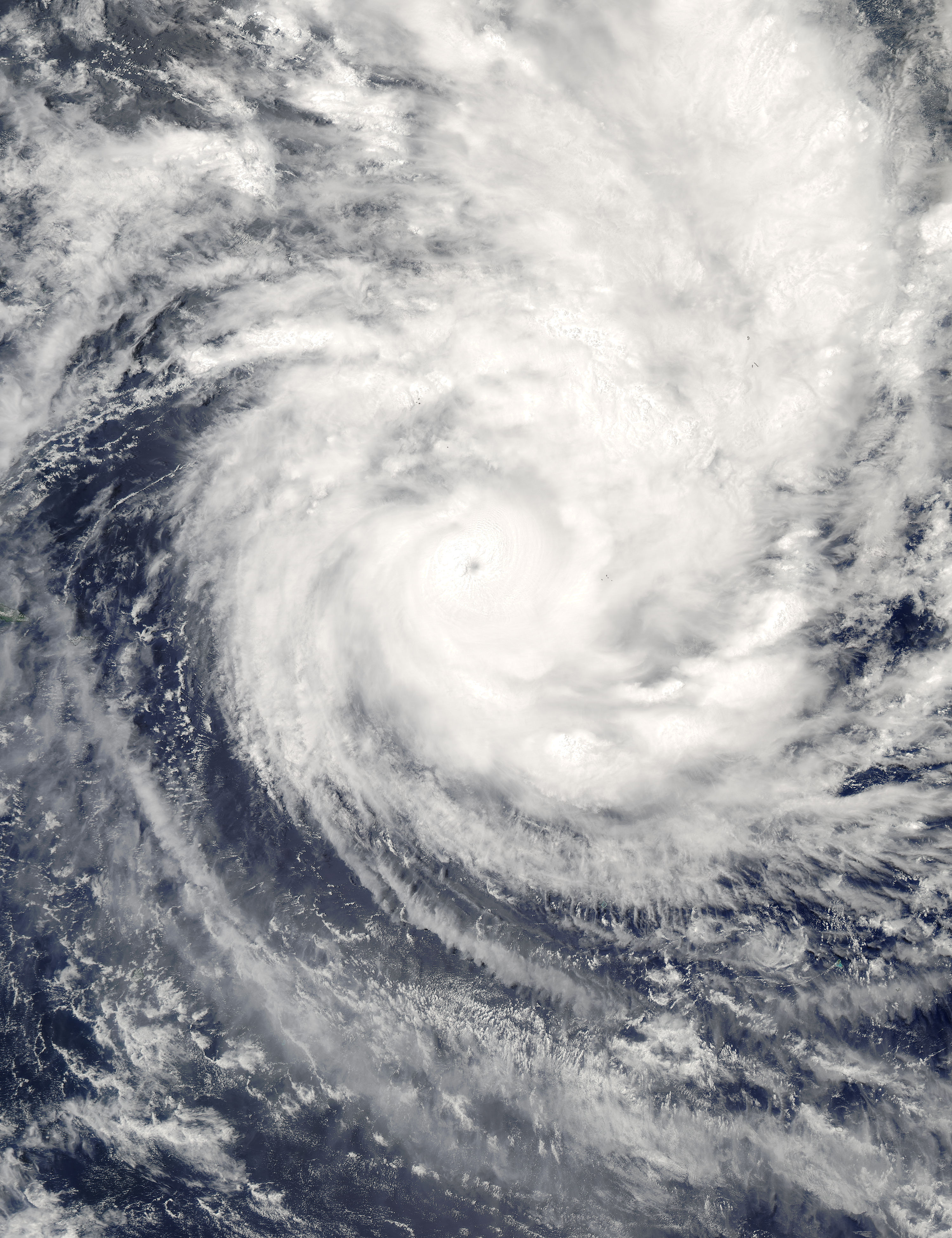 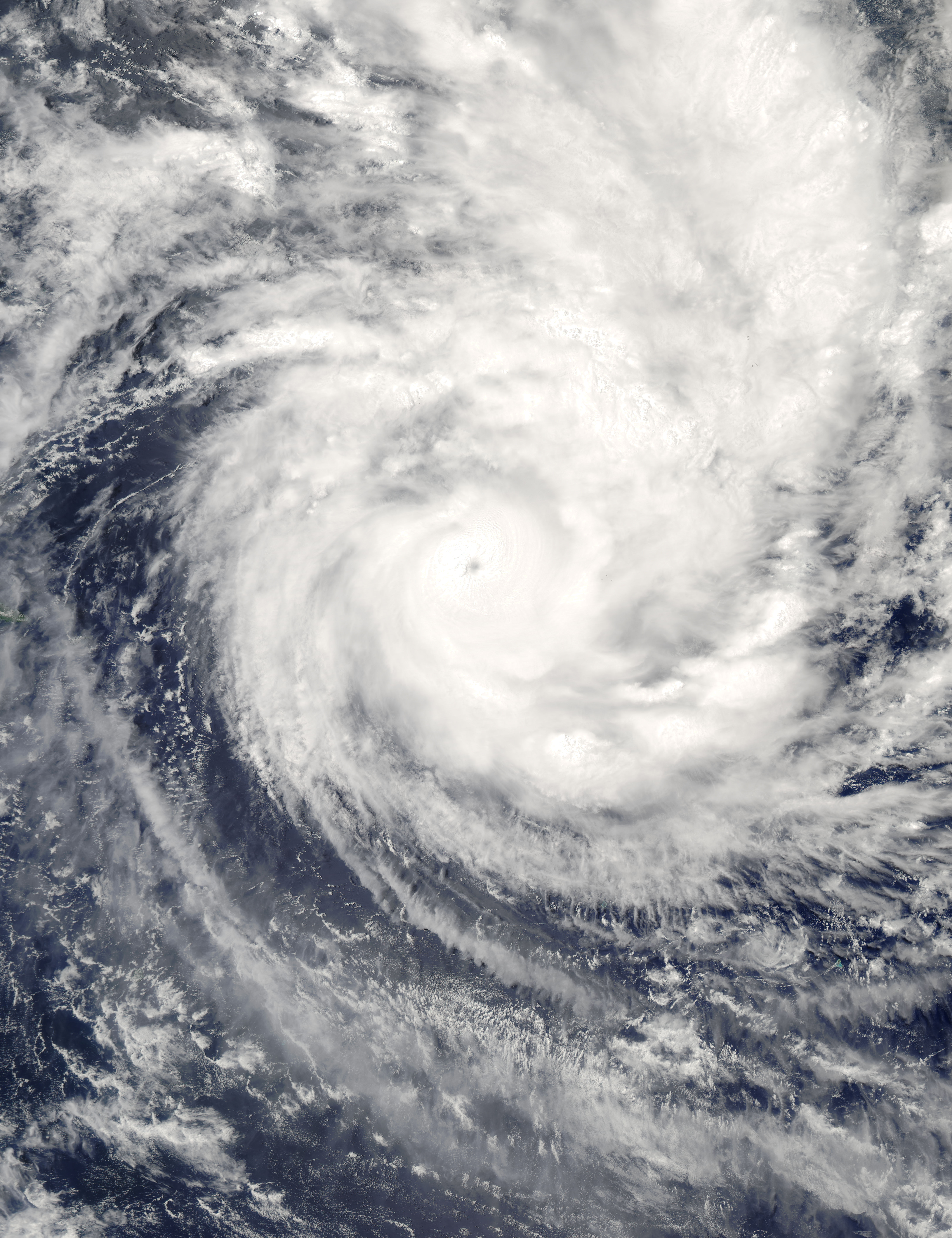 Cyclone Percy continued its rampage across the South Pacific on March 1, 2005, after battering the Northern Cook Islands with its powerful 260-kilometer-per-hour wind gusts. This Aqua MODIS image, acquired at 2:40 a.m. local time on February 28 (00:40 UTC on March 1), shows that the storm now has a clearly defined eye. When the image was taken, Percy had just passed over Pukapuku and Nassau, leaving both in shambles. According to news reports, no structures escaped damage on Nassau and just 10 buildings remain intact in Pukapuku. The storm had sustained winds of 114 knots (132 mph; 1 knot = 1.15 mph) with gusts to 139 knots, making it a Category 4 storm on the Saffir-Simpson scale. The storm is weakening as it moves south towards the southern Cook Islands and Rarotonga. Percy is the fourth cyclone to strike the Cook Islands in the past four weeks (after Nancy, and Olaf).