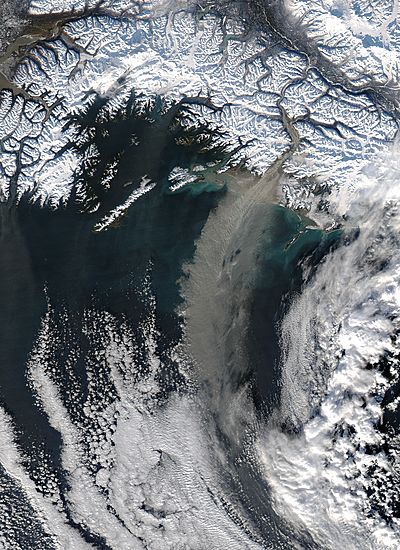 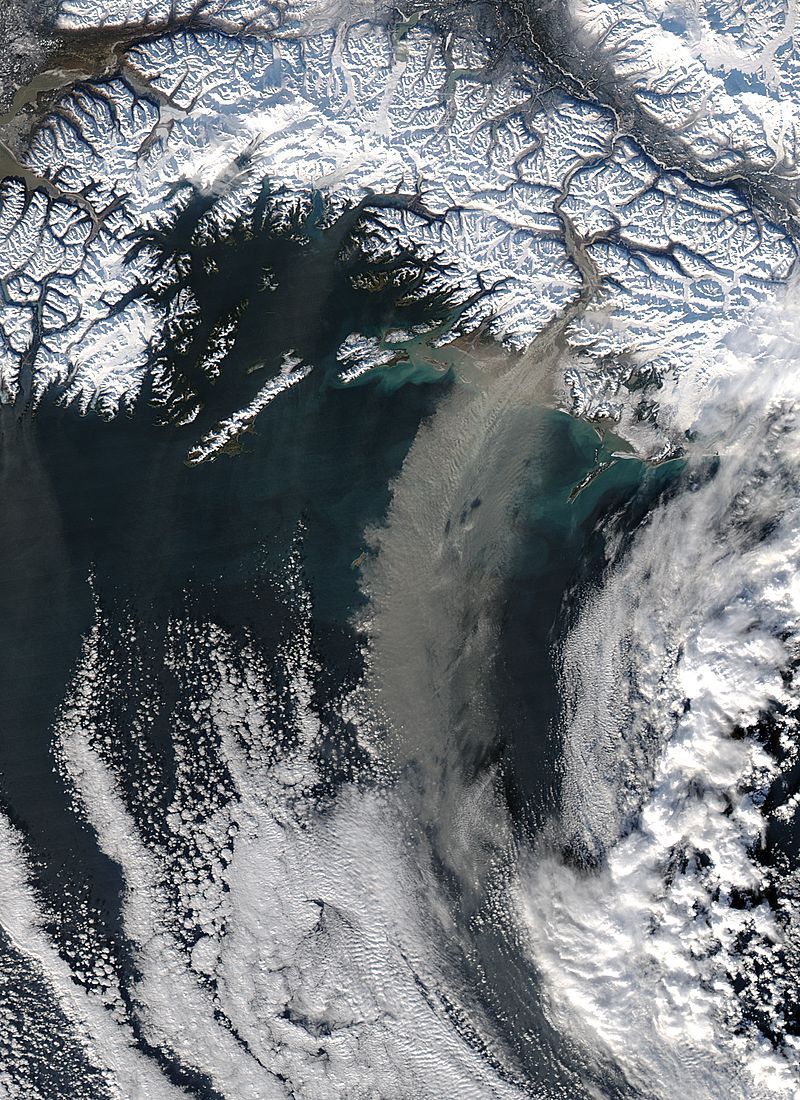 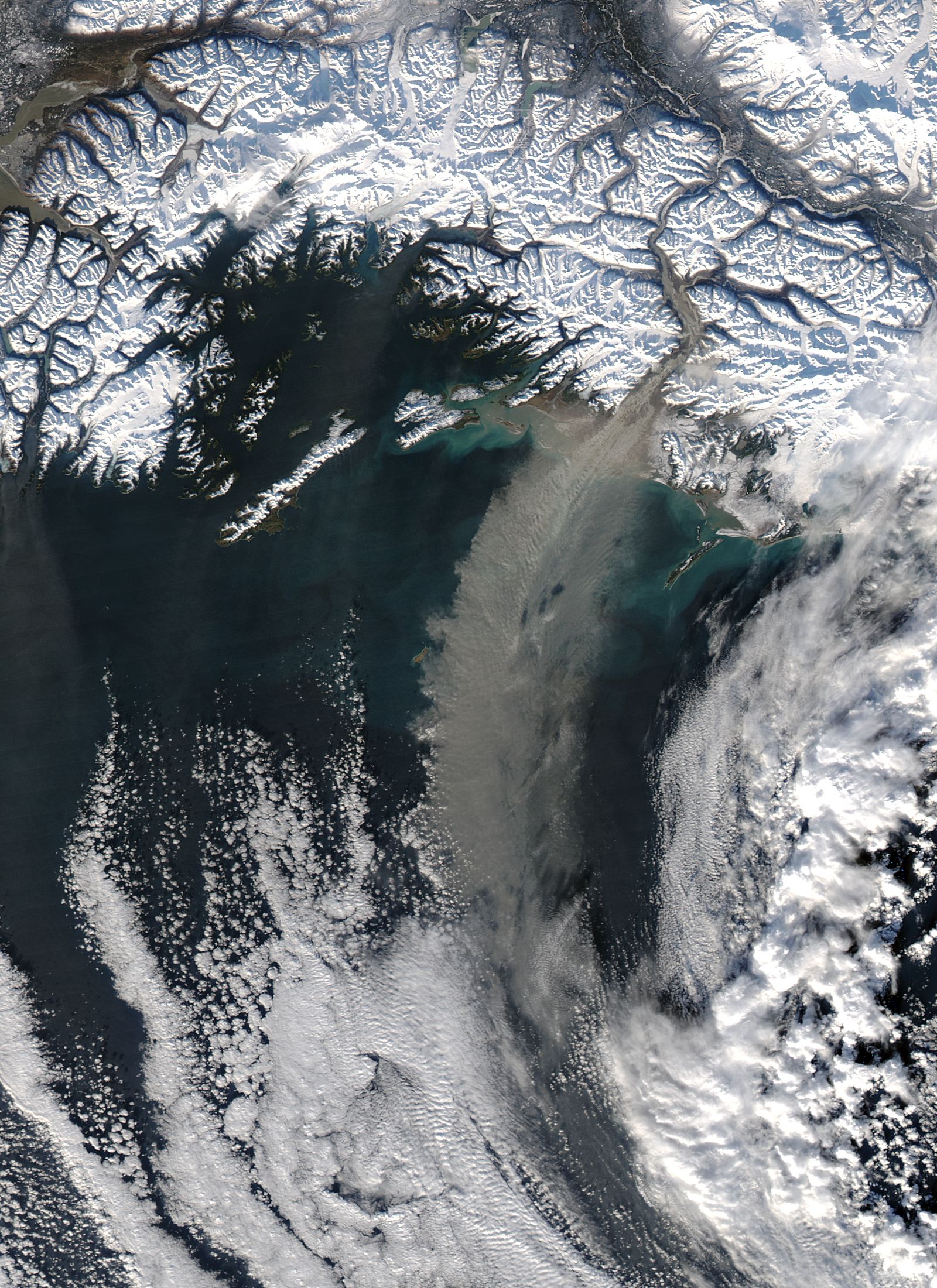 A massive dust storm of glacial sediments swept off the coast of Alaska on November 5, 2005; this image captured the storm as it dispersed over the Gulf of Alaska. Dust appears as a pale beige plume, standing out from both the snowy landscape and ocean water underneath it. The plume comes from the Copper River Valley. Although sandy deserts or parched plains often come to mind as the sources of dust storms, these storms can form at high latitudes, too. Over time, the movement of glaciers grinds the rocks below them to fine silt. This glacial silt, also known as loess, provides the fodder for high-latitude dust storms. In some cases, glacial sediments even form dunes along Alaskan river valleys, providing plenty of material for dust storms. Glacial silt is one component of high-latitude dust storms; wind is another. Chinook winds, sometimes called foehn winds, push the glacial sediment toward the sea. These intense, warm winds blow down mountain valleys, sometimes moving the glacial silt with them. Because their primary movement is downward rather than lateral, these downslope winds can actually change direction with the mountain valleys they travel. A close look at this picture shows how the dust storm actually turns several corners with the Copper River Valley on its way out to sea.