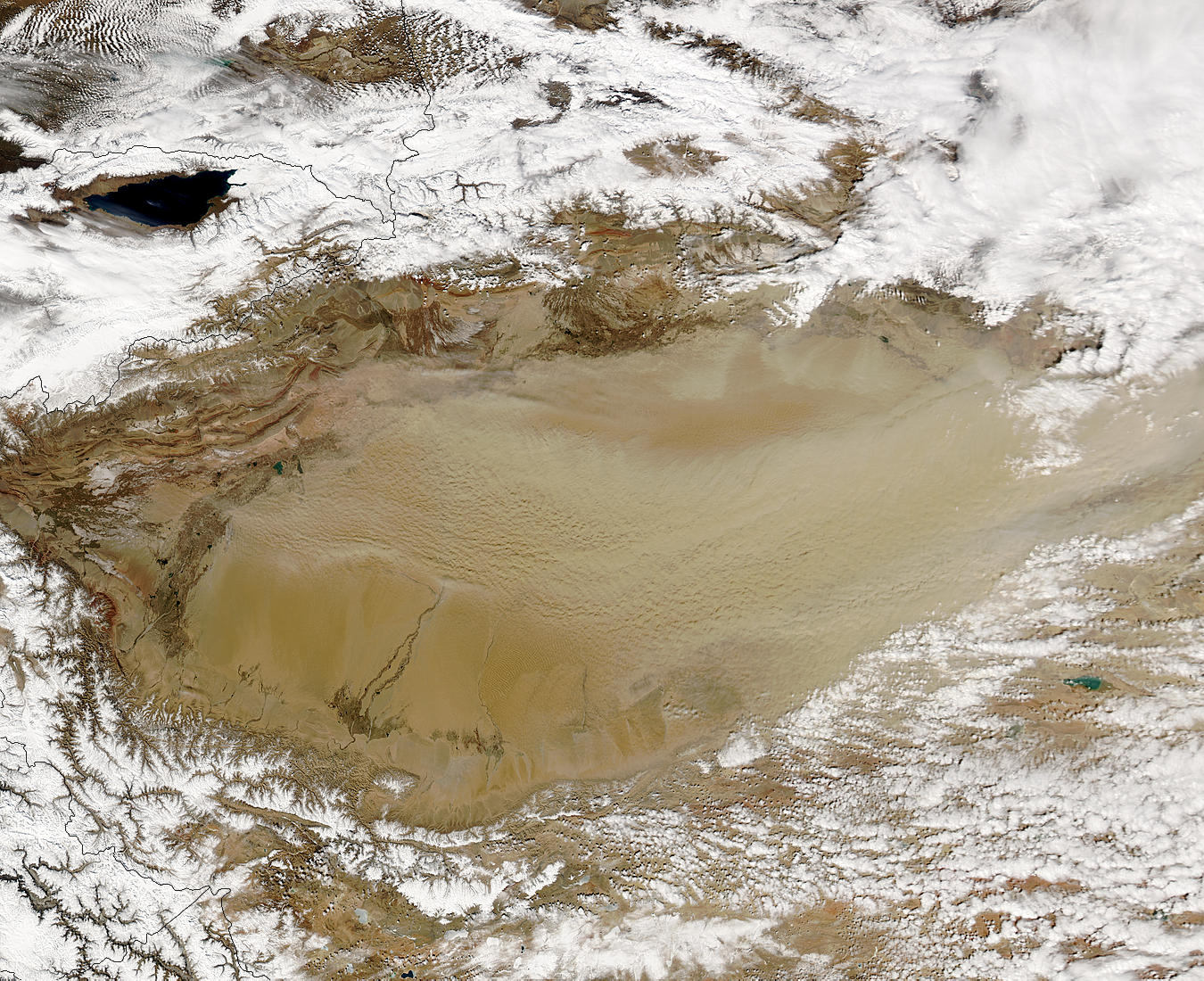 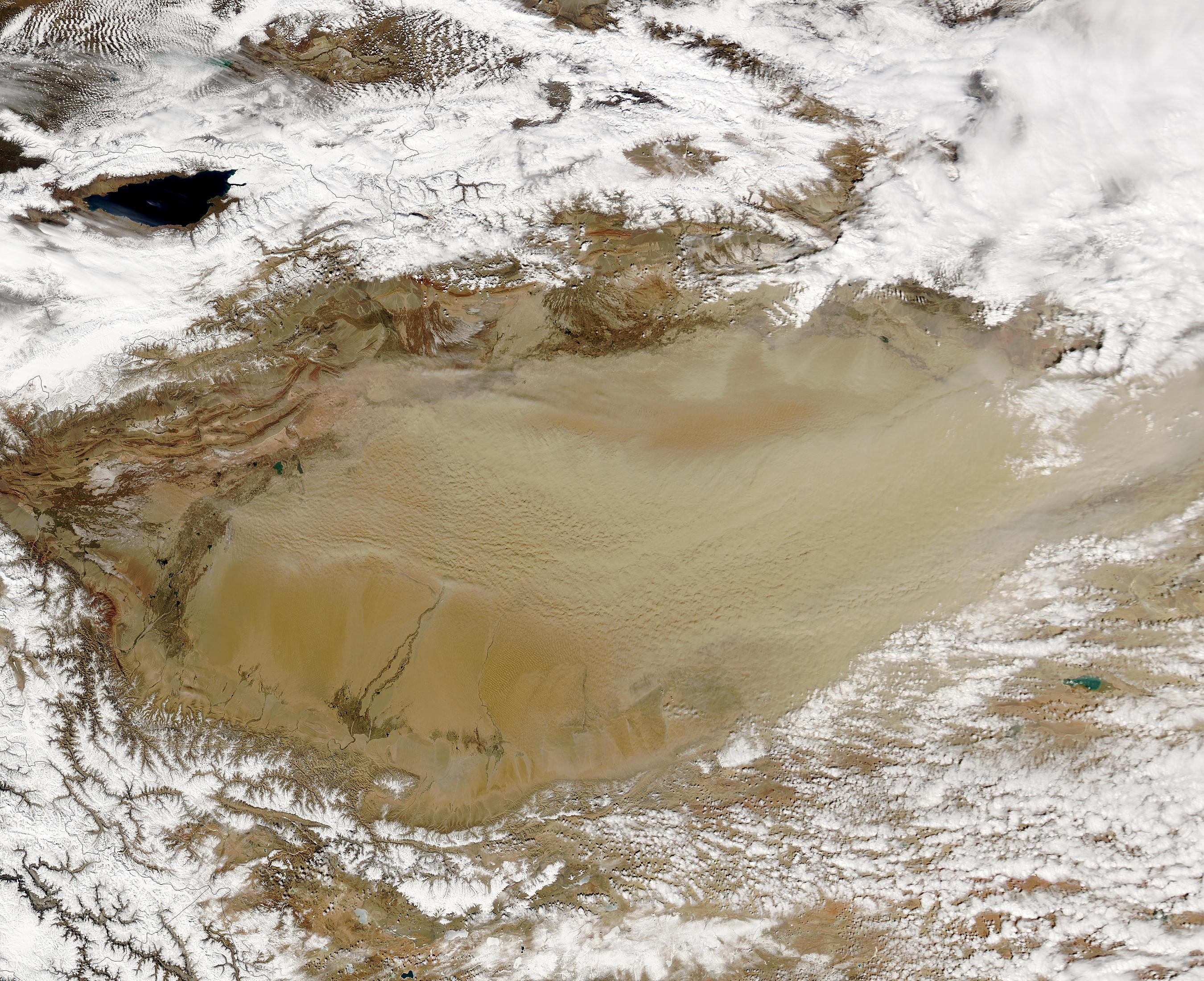 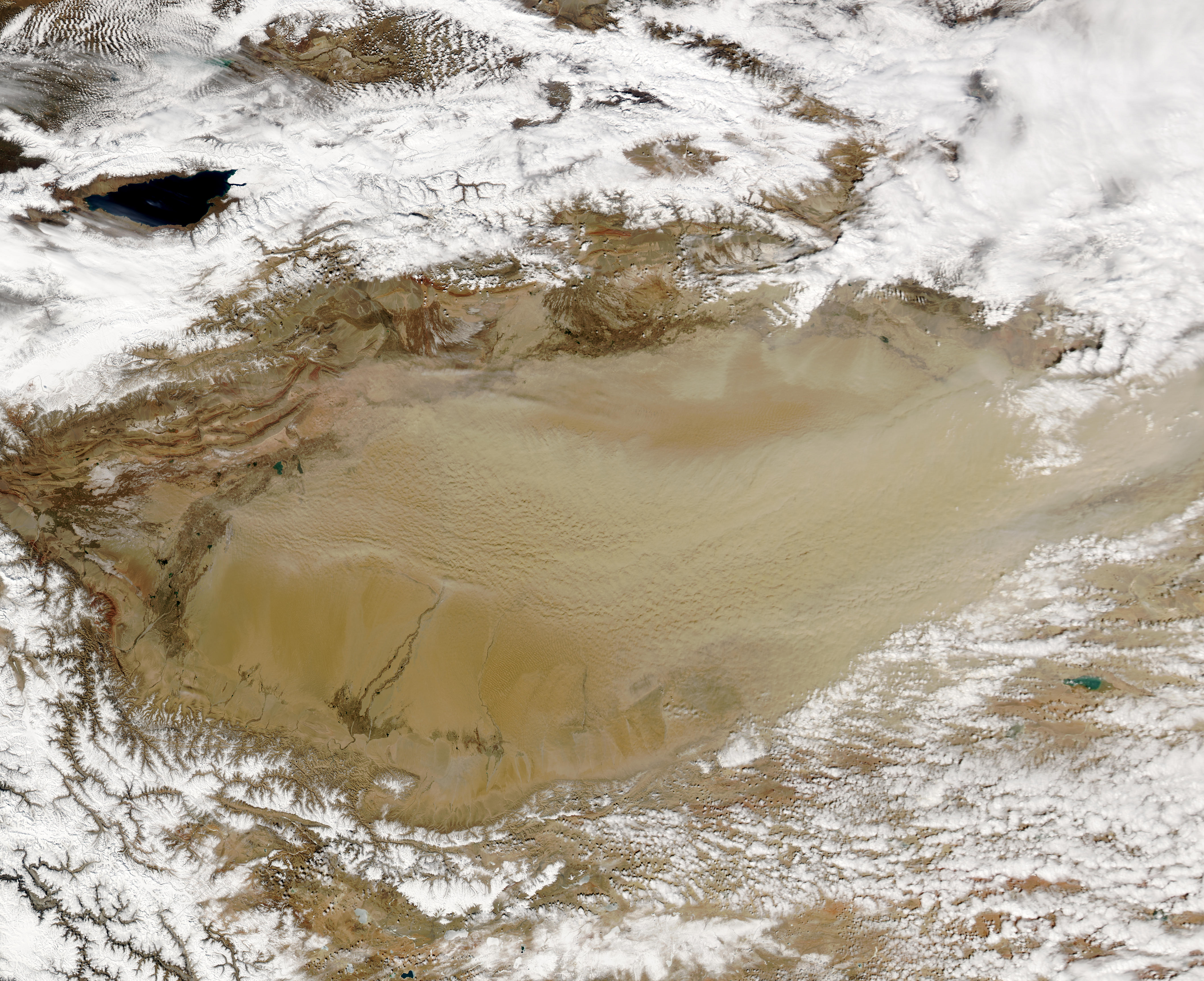 Plumes of dust were being pulled from the Tian Shan Mountains and across the Taklimakan Desert basin in western China on March 26, 2004, when the Moderate Resolution Imaging Spectroradiometer (MODIS) on the Aqua satellite captured this image. The image is unusual in that it shows the very beginnings of a dust storm. Typically, the basin fills with dust so that the source of the storm can't be identified. Here, the dust has only just blown from its source on or near the mountains, image left, and is moving east. The dust seldom leaves the basin, but instead is contained in the bowl formed by the Tian Shan Mountains on the north and the west, and the Kunlun Shan and the Altun Shan on the south and the east. The Taklimakan Desert is in western China, right. Also shown are Kazakhstan, top left corner, and Kyrgyzstan, left.