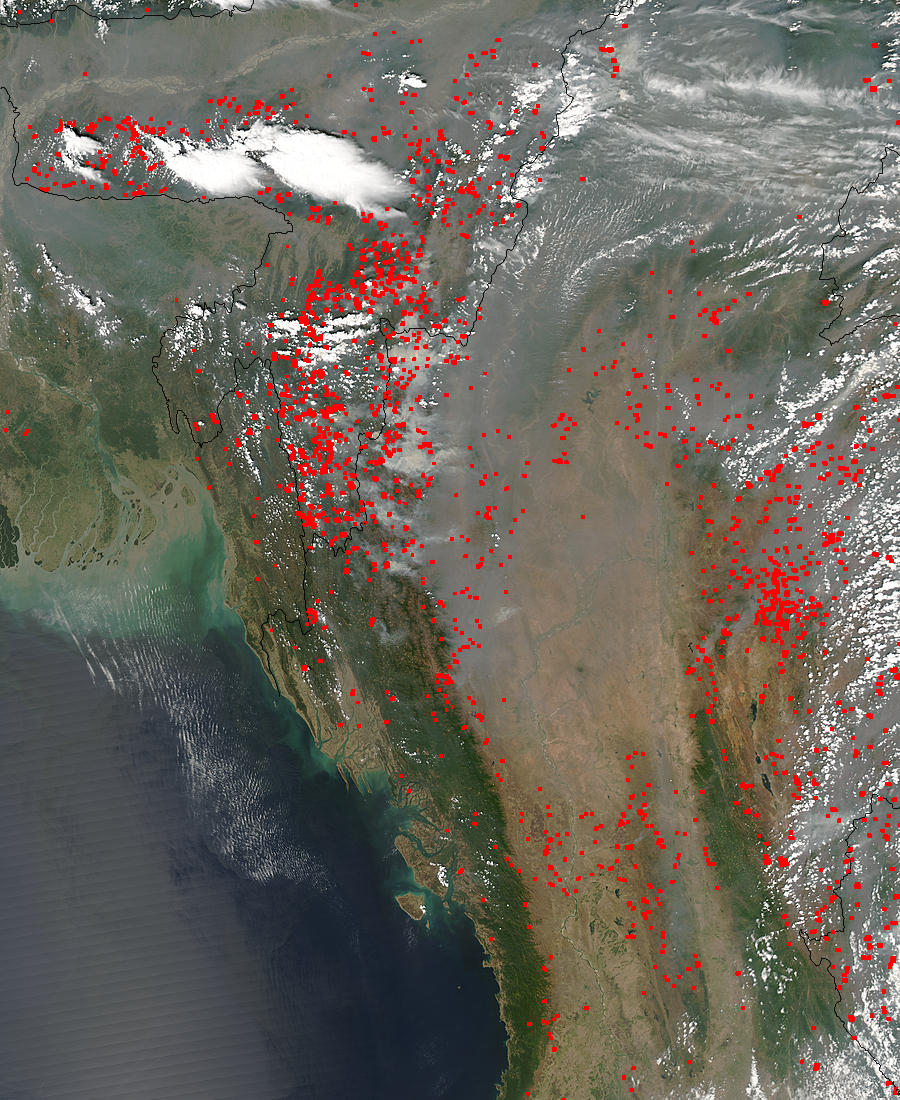 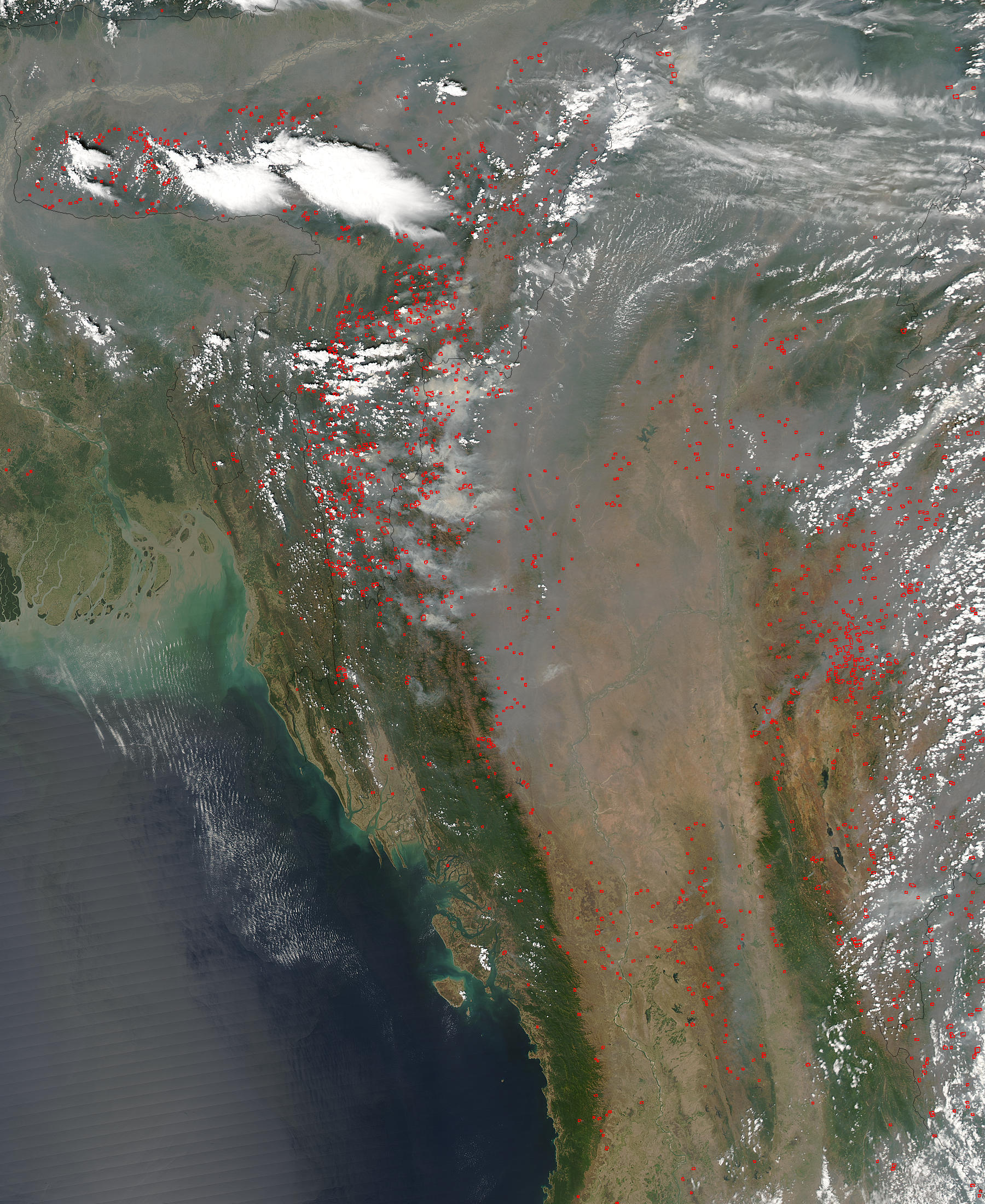 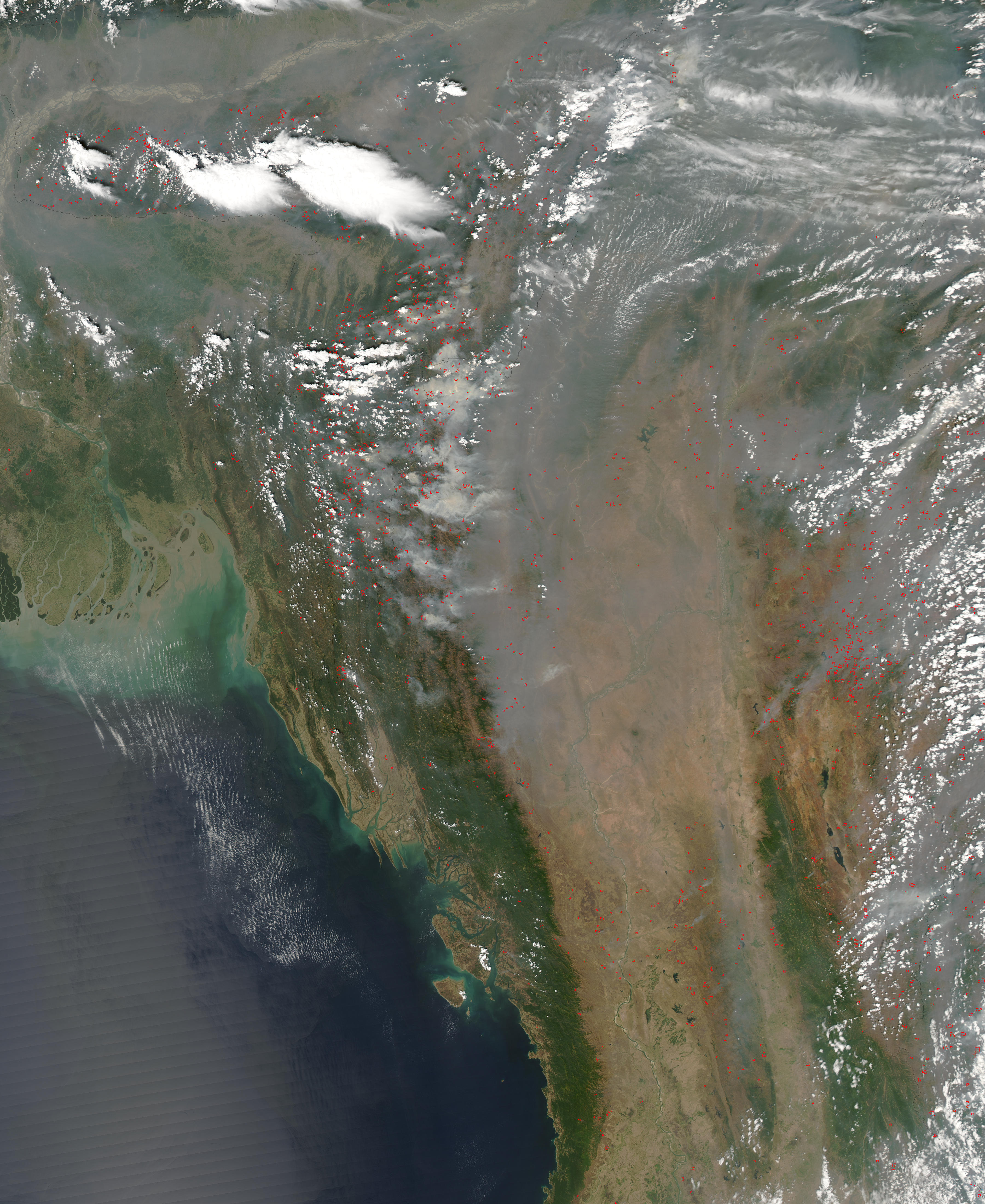 The Moderate Resolution Imaging Spectroradiometer (MODIS) on NASA’s Terra and Aqua satellites have been monitoring biomass burning activity in Southeast Asia as the season got underway more than a month ago. Up until now, fire activity has been concentrated in Myanmar and countries to the east, including Thailand and Laos. In this image from Aqua MODIS on March 16, 2004, fire activity is concentrated in southern India (center) and western Myanmar (right). Scores of fires were detected by MODIS and are marked in red. The densest cluster of fires is producing thick smoke.