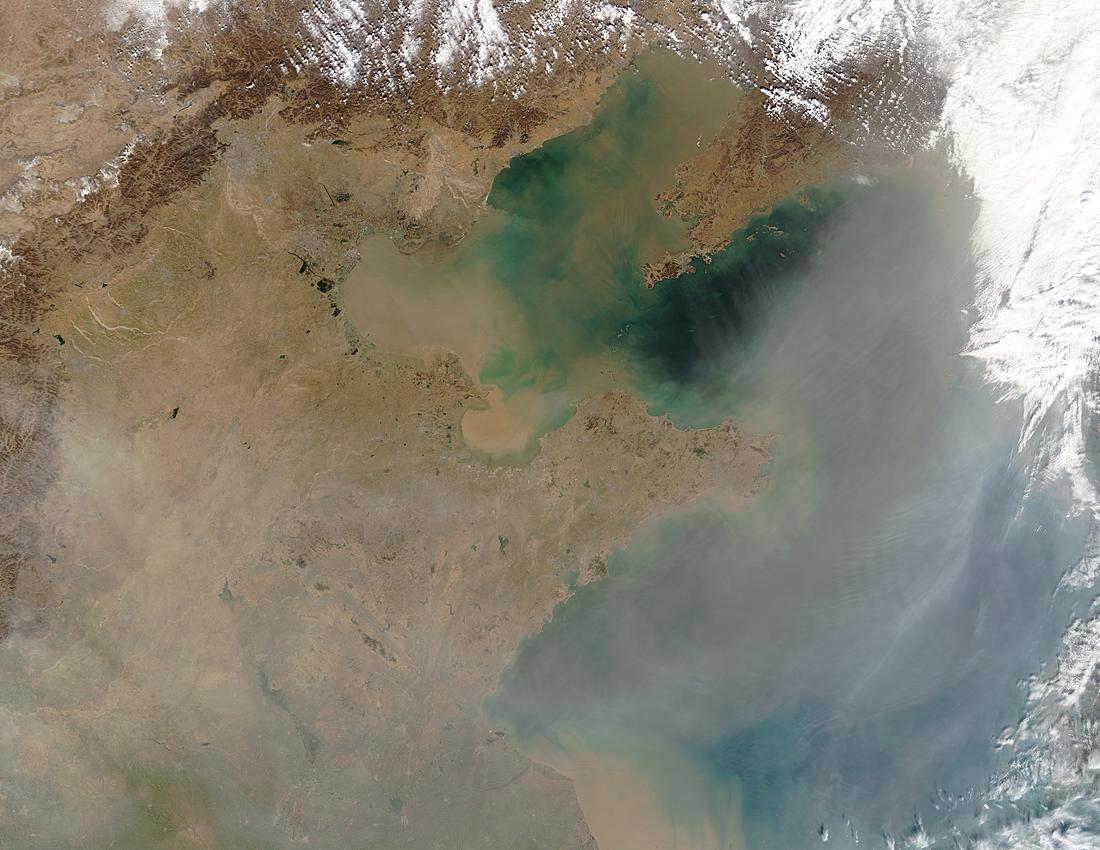 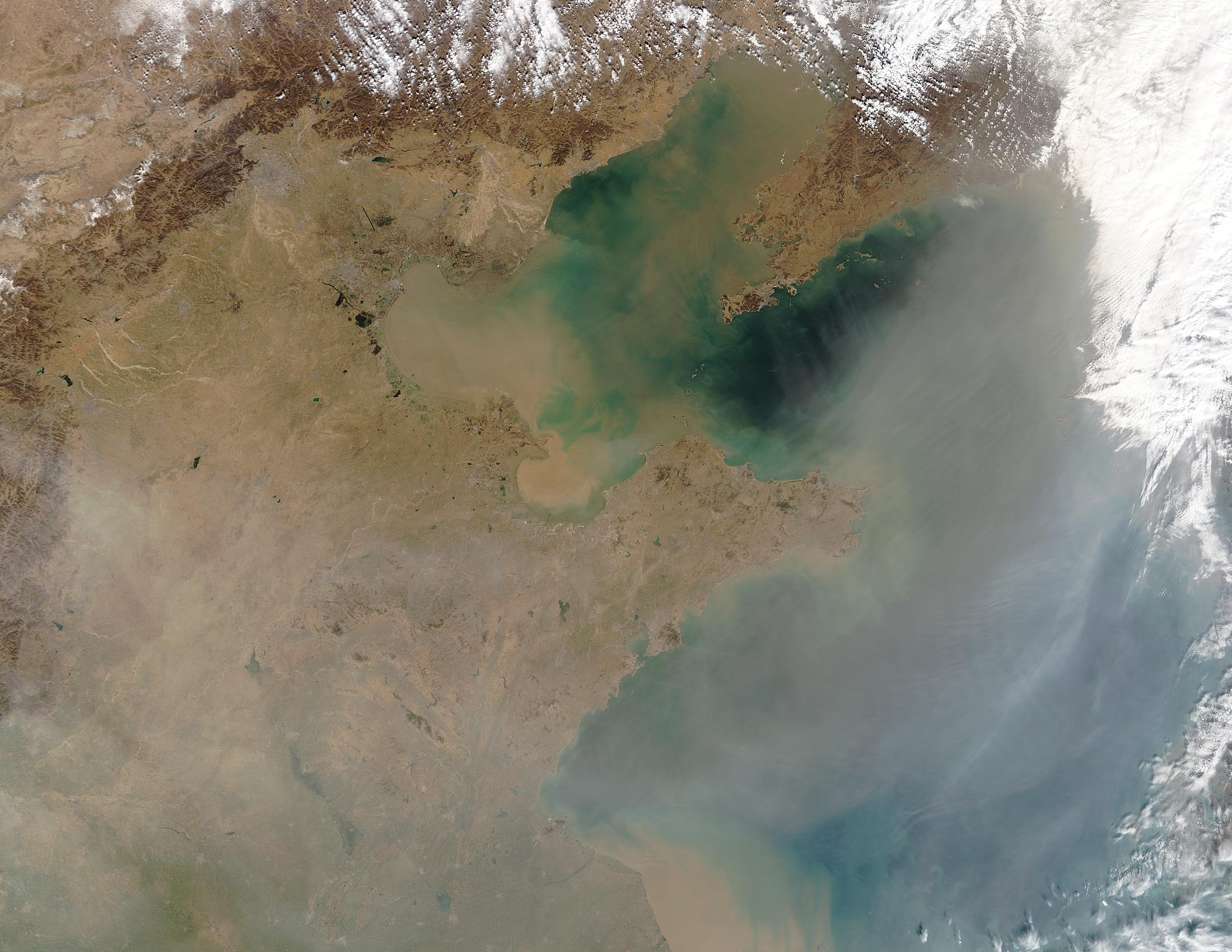 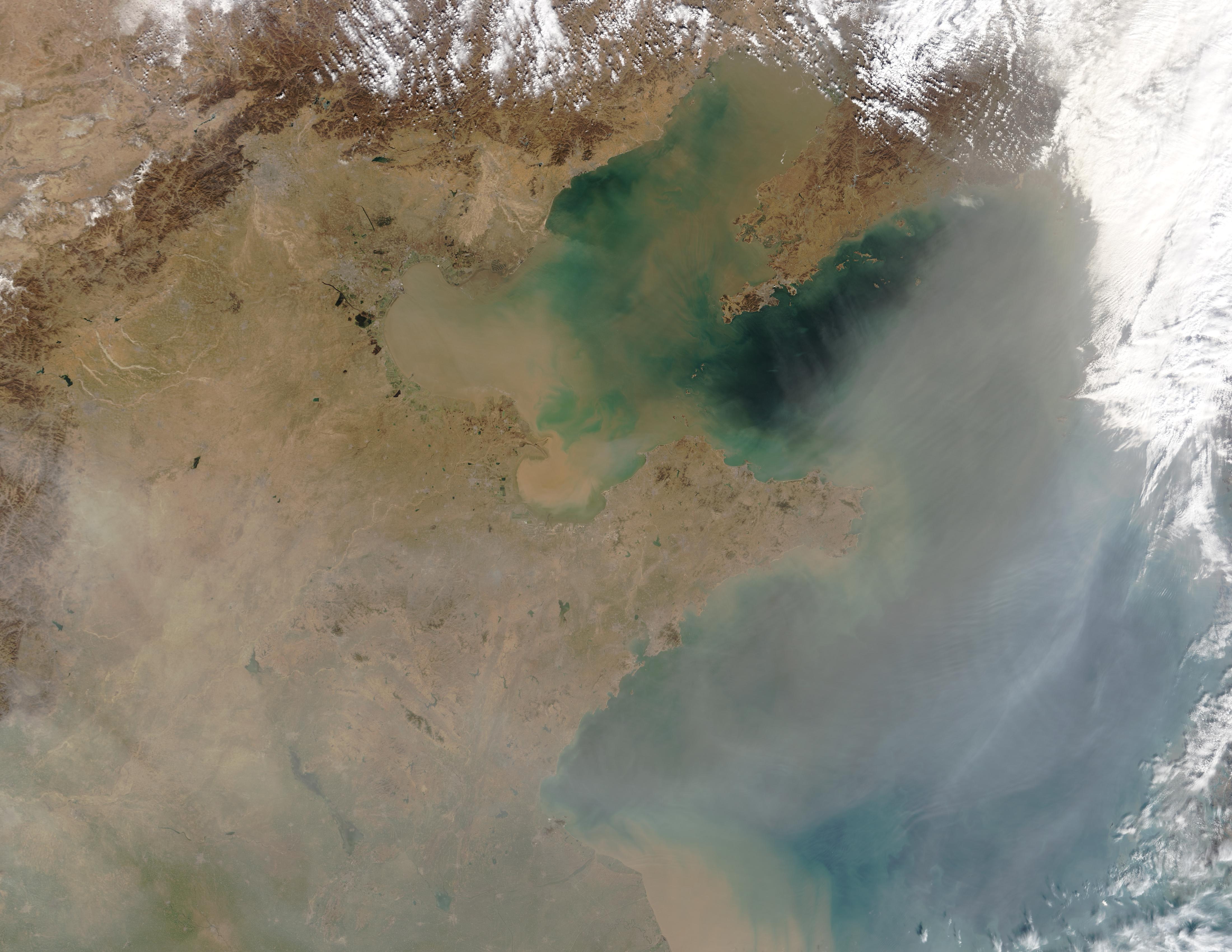 The air over the eastern China cleared somewhat on February 25, 2004, as the haze and pollution (gray pixels) moved eastward over the East China Sea and toward the open Pacific Ocean. There also continues to be a large amount of sediment (light brown) washing into the Yellow Sea and the East China Sea. This image was acquired by the Moderate Resolution Imaging Spectroradiometer (MODIS) on the Terra satellite.