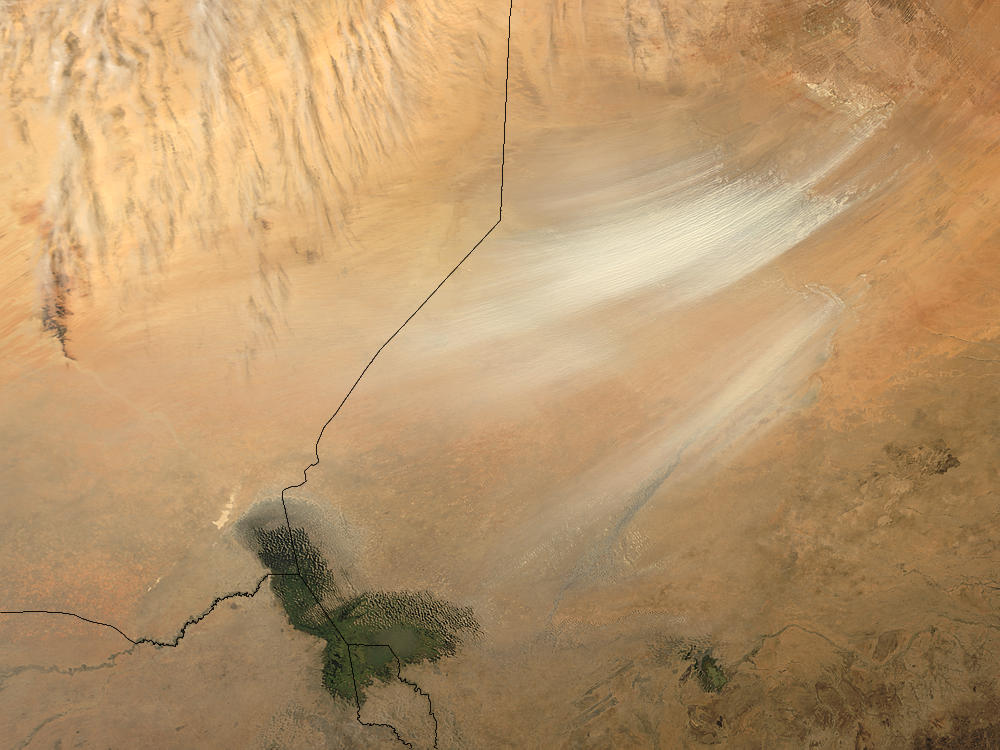 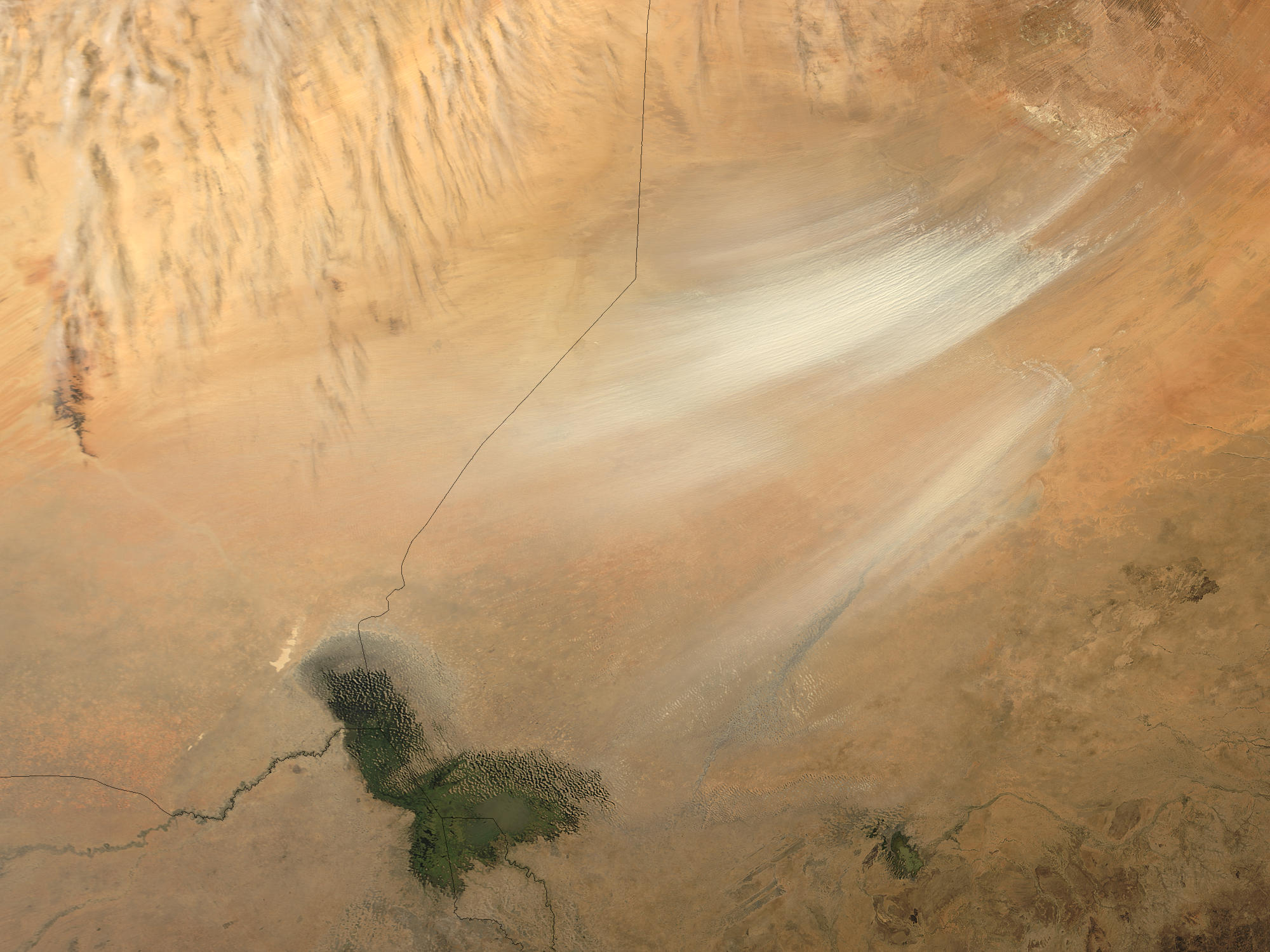 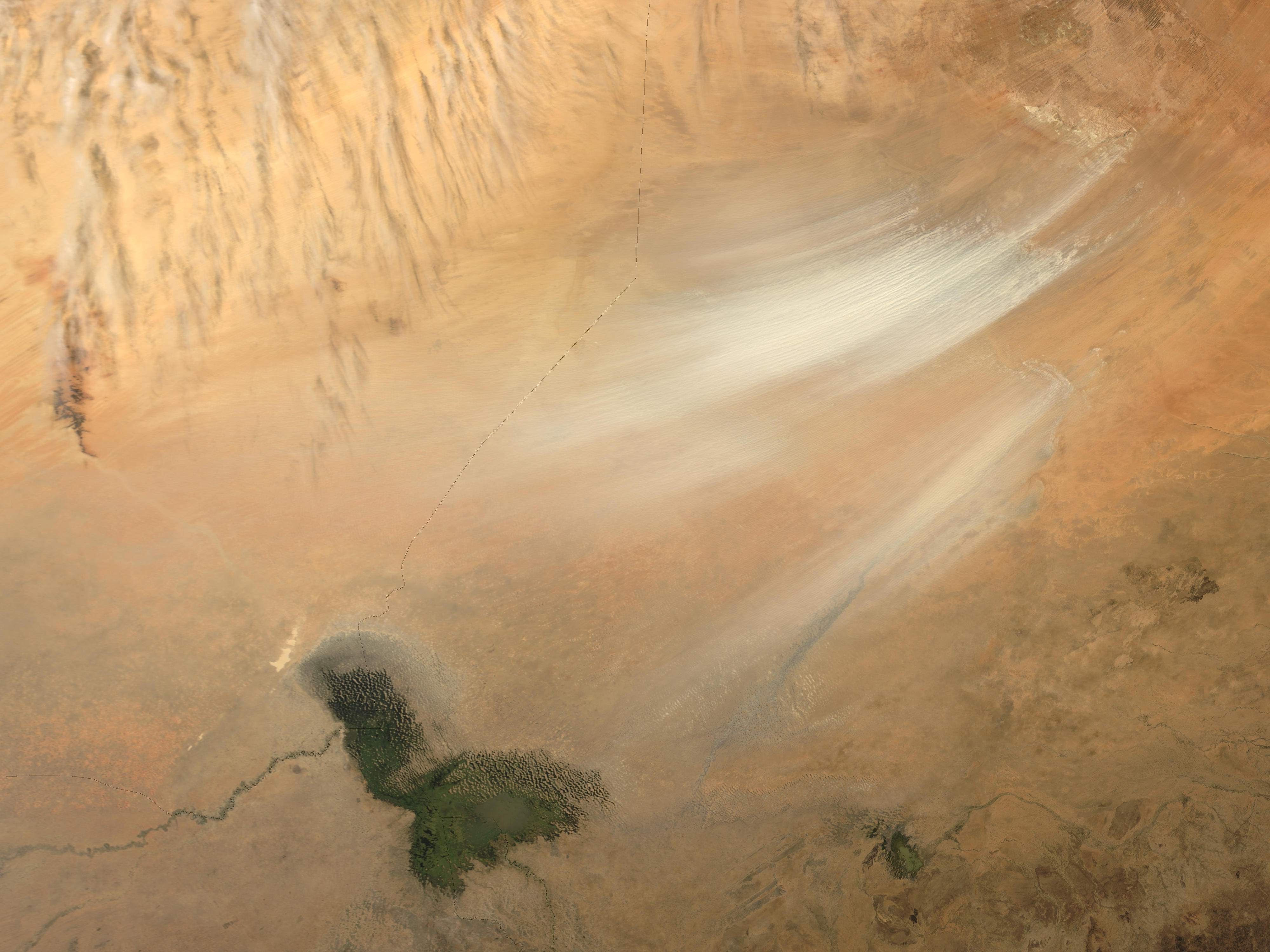 Once serving as part of the floor for a much larger Lake Chad, the area now known as the Bodele Depression, located at the southern edge of the Sahara Desert in north central Africa, is slowly being transformed into a desert landscape. In the mid-1960s, Lake Chad was about the size of Lake Erie. But persistent drought conditions coupled with increased demand for freshwater for irrigation have reduced Lake Chad to about 5 percent of its former size. As the waters receded, the silts and sediments resting on the lakebed were left to dry in the scorching African sun. The small grains of the silty sand are easily swept up by the strong wind gusts that occasionally blow over the region. Once heaved aloft, the Bodele dust can be carried for hundreds or even thousands of kilometers.

The remnants of Lake Chad appear as the olive-green feature set amid the tan and light brown hues of the surrounding landscape where the countries of Chad, Niger, Nigeria, and Cameroon all share borders. The Bodele Depression was the source of some very impressive dust storms that swept over West Africa and the Cape Verde Islands in early February.

These true-color images were acquired by the Moderate Resolution Imaging Spectroradiometer (MODIS) on February 7, and February 11, 2004. Numerous fires are shown as red dots in the February 7 images.