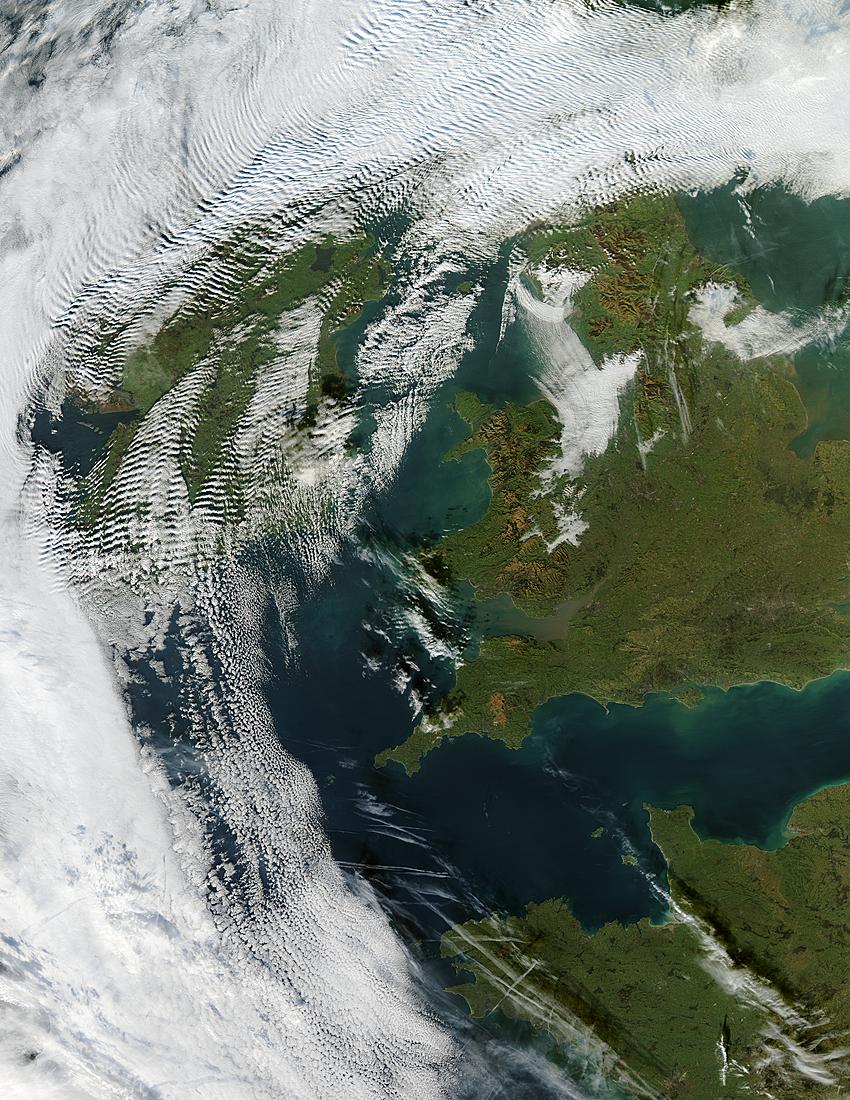 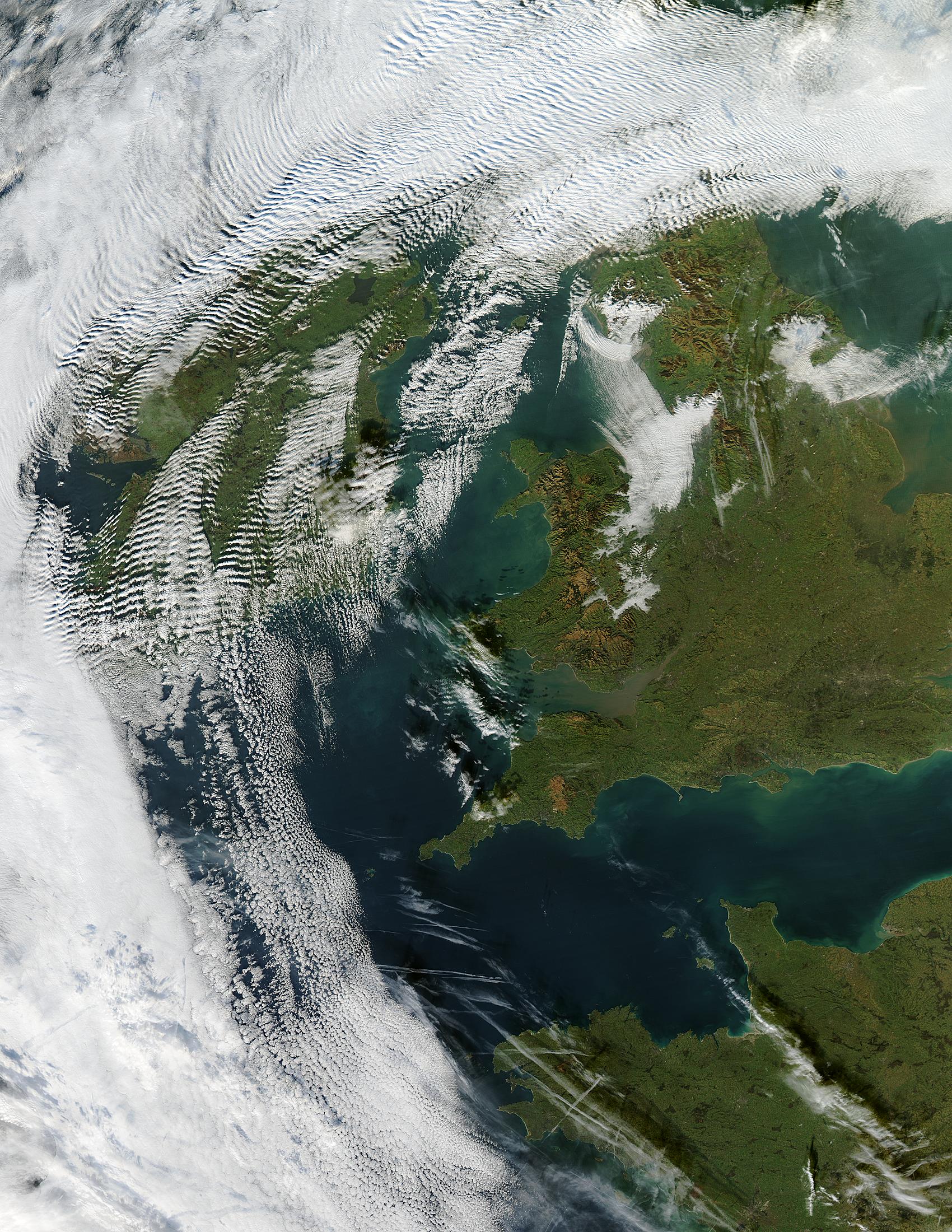 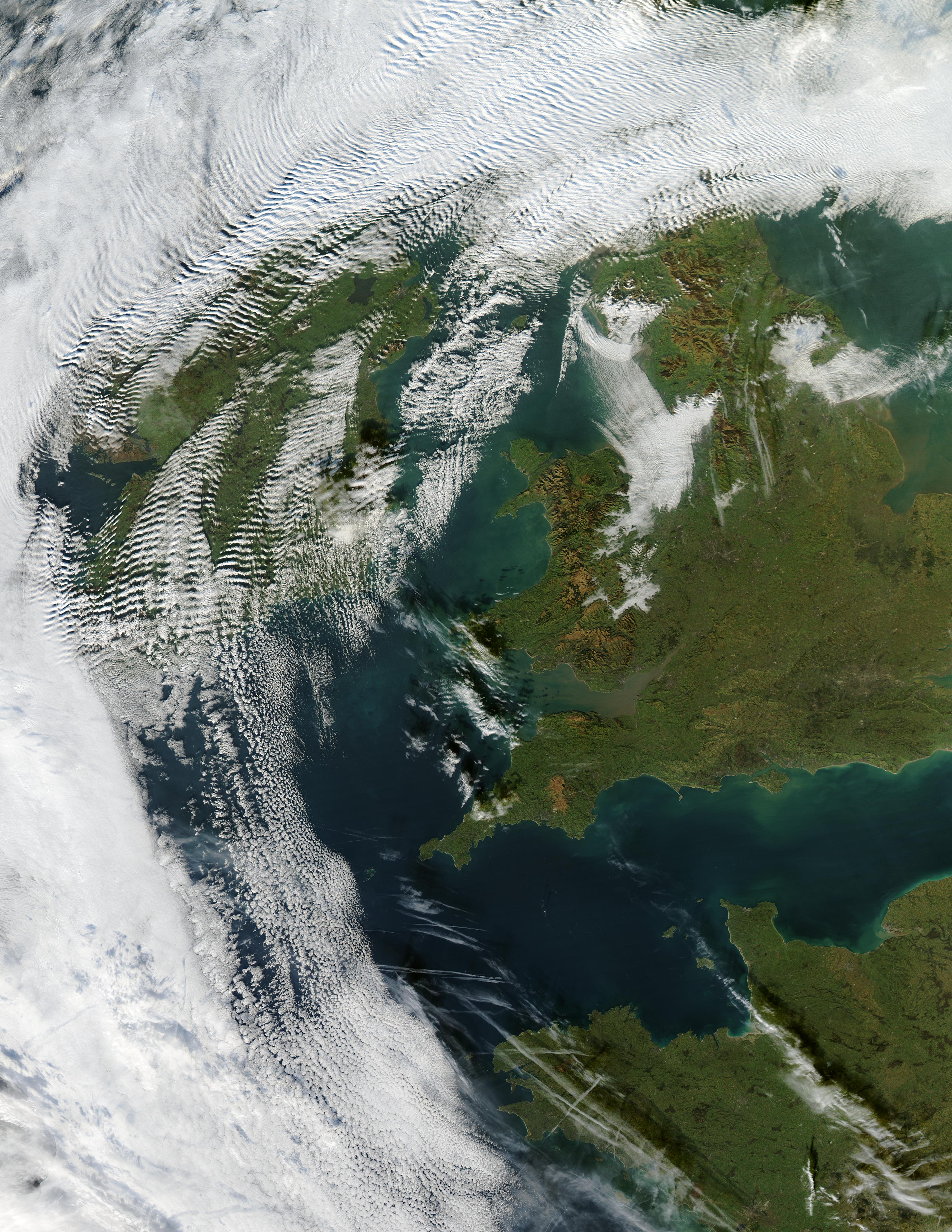 Clouds ripple over Ireland and Scotland in a wave pattern, similar to the pattern of waves along a seashore. The similarity is not coincidental — the atmosphere behaves like a fluid, so when it encounters an obstacle, it must move around it. This movement forms a wave, and the wave movement can continue for long distances. In this case, the waves were caused by the air moving over and around the mountains of Scotland and Ireland. As the air crested a wave, it cooled, and clouds formed. Then, as the air sank into the trough, the air warmed, and clouds did not form. This pattern repeated itself, with clouds appearing at the peak of every wave.

Other types of clouds are also visible in the scene. Along the northwestern and southwestern edges of this true-color image from December 17, 2003, are normal mid-altitude clouds with fairly uniform appearances. High altitude cirrus-clouds float over these, casting their shadows on the lower clouds. Open- and closed-cell clouds formed off the coast of northwestern France, and thin contrail clouds are visible just east of these. Contrail clouds form around the particles carried in airplane exhaust. Fog is also visible in the valleys east of the Cambrian Mountains, along the border between northern/central Wales and England. This is an Aqua MODIS image.