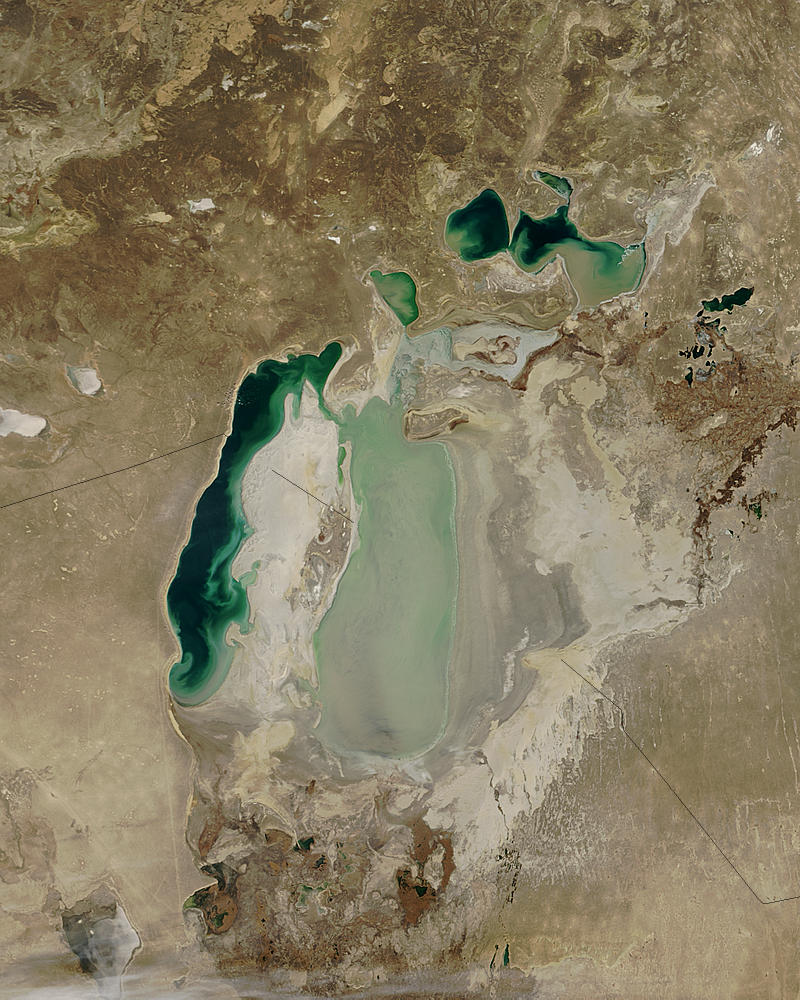 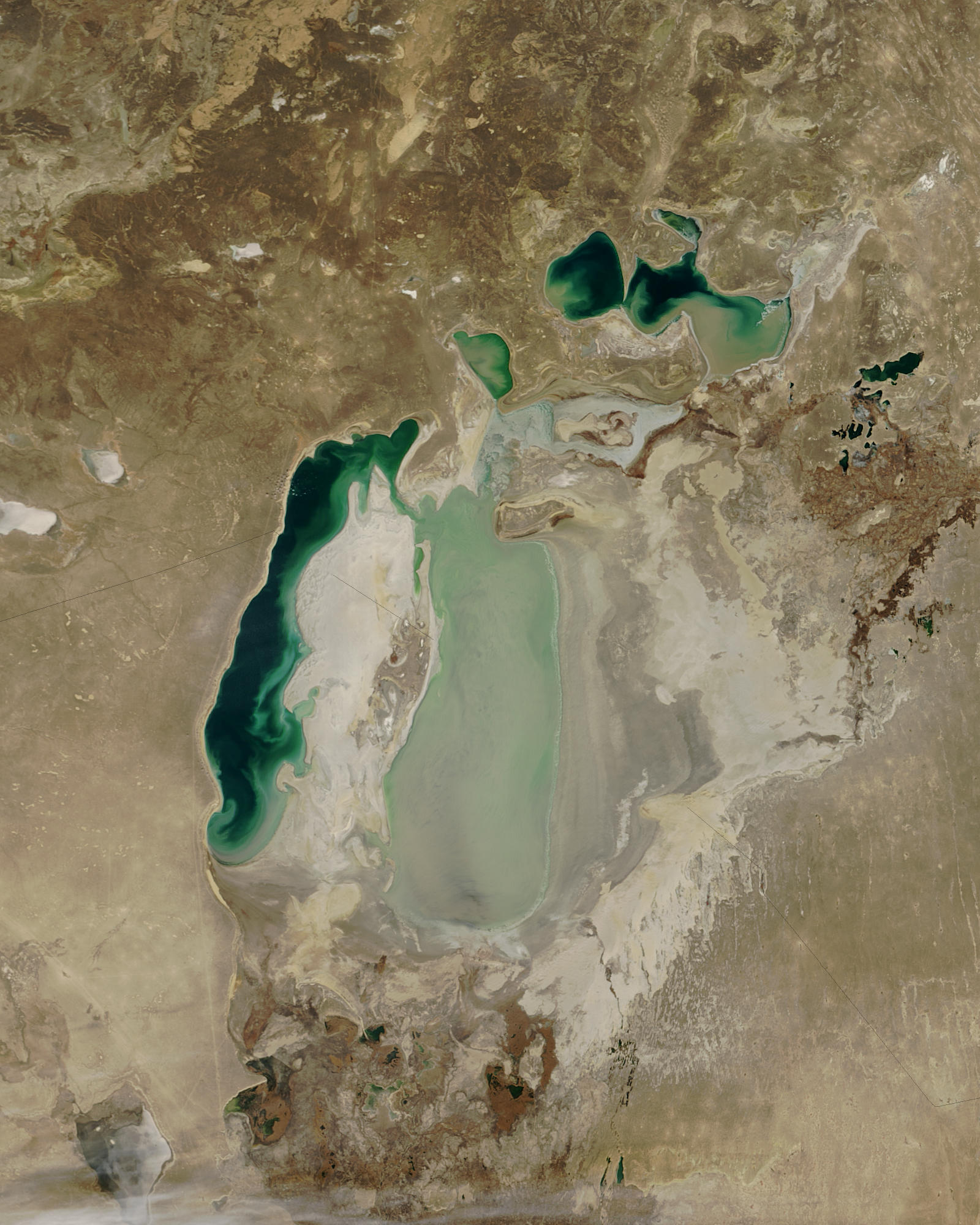 The Central Asian desert is slowing claiming the Aral Sea. The Aral Sea is shrinking for a number of reasons. Dry desert air quickly evaporates water from the shallow Sea, and much of the water that would recharge the Sea is being diverted for agriculture. The receding jade-green waters have left a concentric pattern of former shore lines and white salt pan plains on the desert landscape in this Moderate Resolution Imaging Spectroradiometer (MODIS) image. Tan and lighter green swirls are probably caused by sediment in the water. The Terra satellite captured this view of the Sea on November 11, 2003.