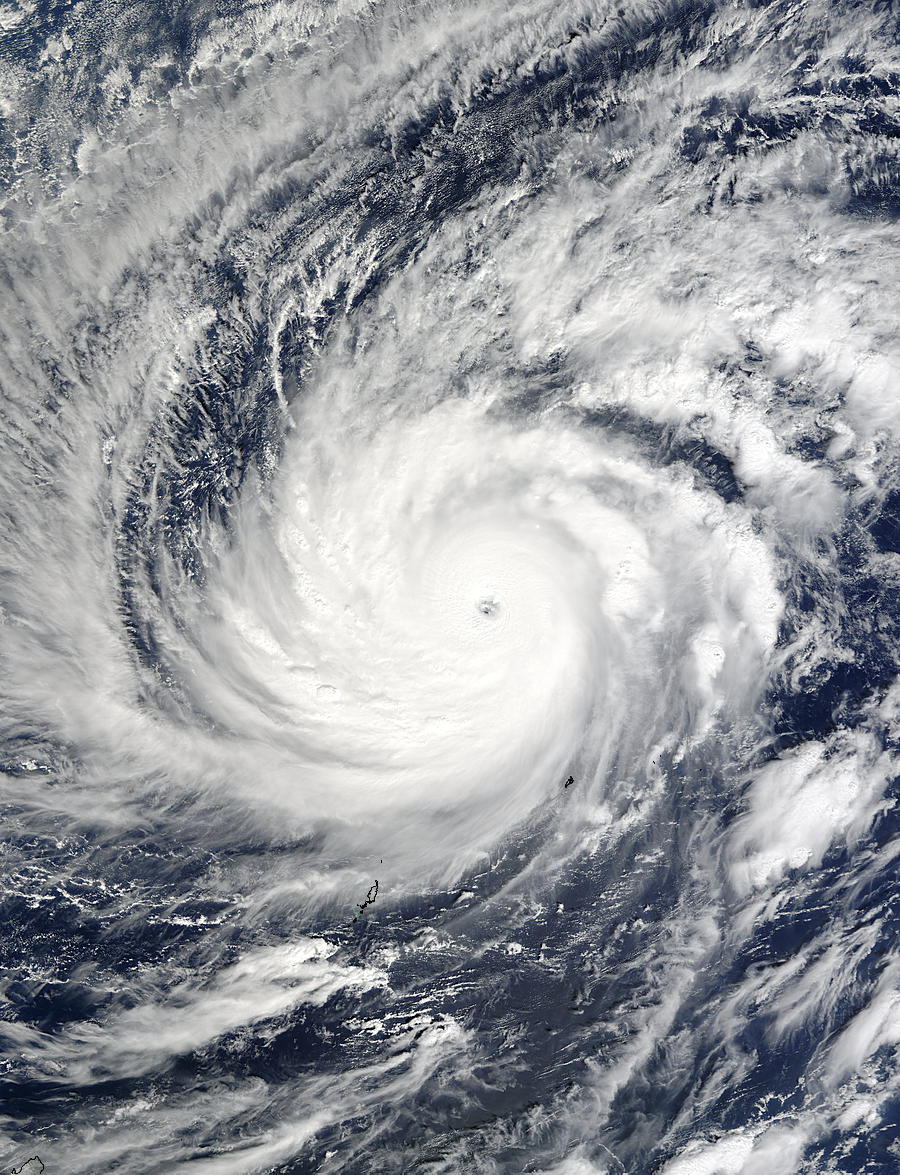 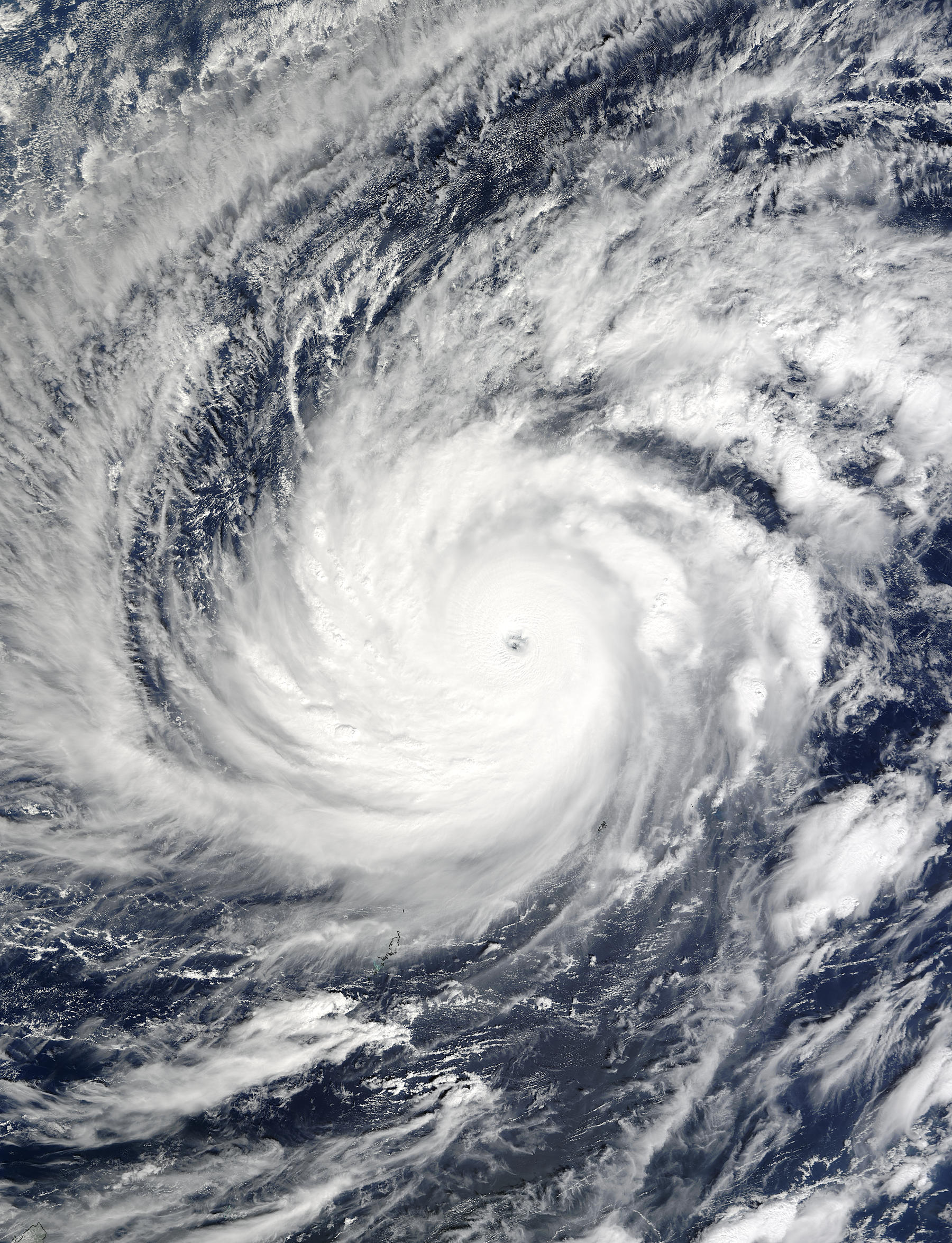 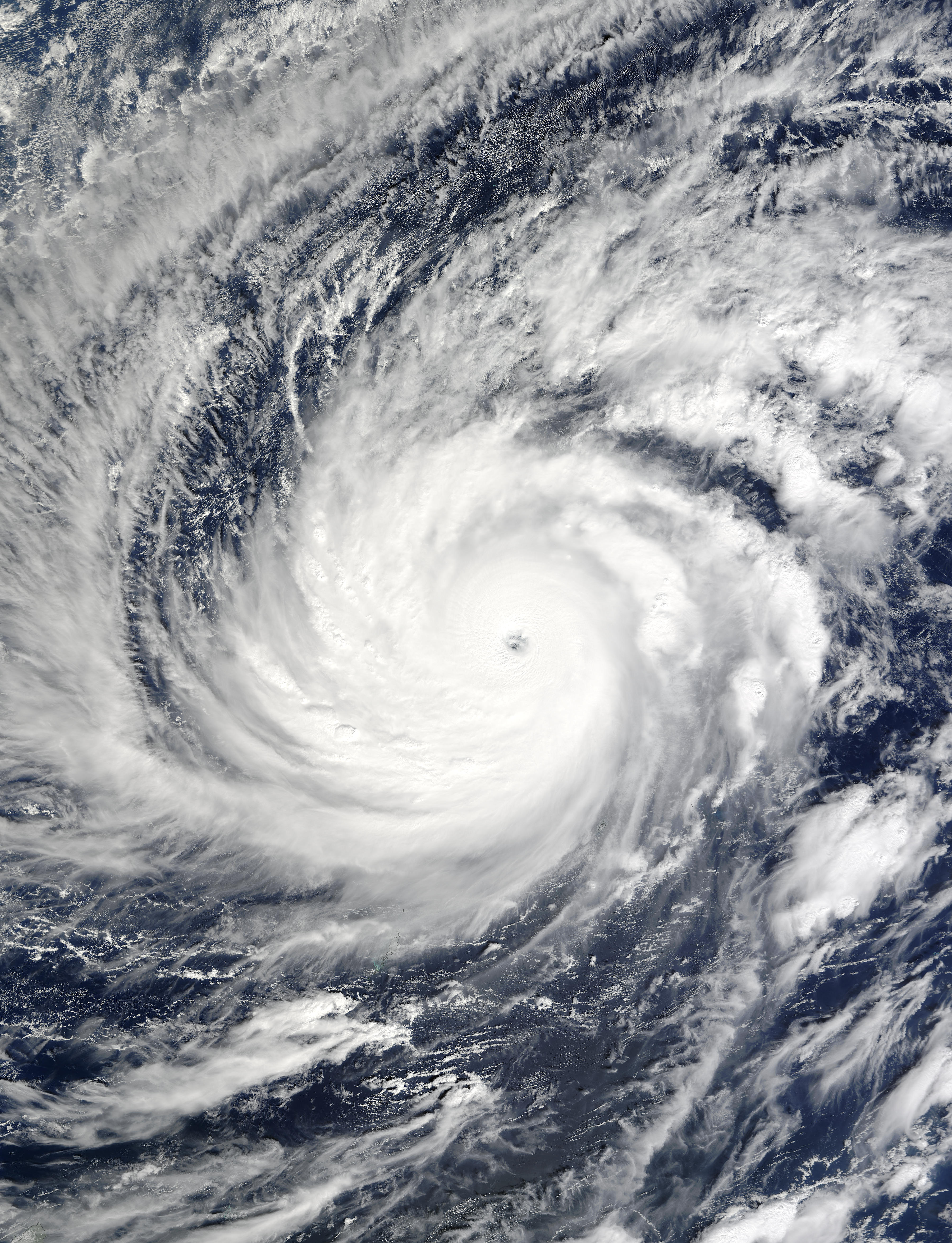 Sprawled across the western Pacific Ocean west of the Philippines, Super Typhoon Lupit’s still beauty contrasts starkly with the storm’s trail of devastation across numerous islands in the Federated States of Micronesia in the last week of November 2003. The storm was a powerful Category 5 Super Typhoon at the time this image was acquired by the Moderate Resolution Imaging Spectroradiometer (MODIS) on the Terra satellite on November 26.

In this scene, the main part of the typhoon is nearly 1,300 kilometers wide; if this storm could be picked up and draped over the United States, it would stretch from Virginia Beach inland as far as St. Louis, Missouri, or from Jacksonville, Florida, nearly all the way to Houston, Texas. The bands of swirling clouds that spin inward toward the storm.s eye are harboring thunderstorms that feed energy back into the typhoon and keep it churning. In the higher resolution image, this structure is more easily picked out.

As of Wednesday afternoon, November 26, the storm was still a category 5 with sustained winds of 145 knots (160 mph). The storm was expected to strengthen over the coming day, and then finally begin to weaken as it moves northward into cooler waters.