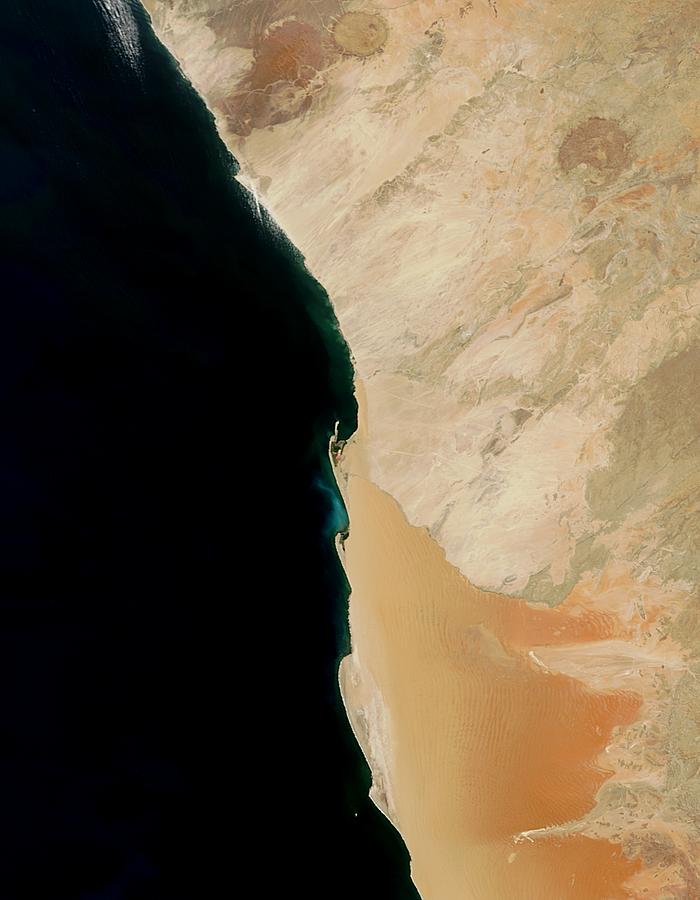 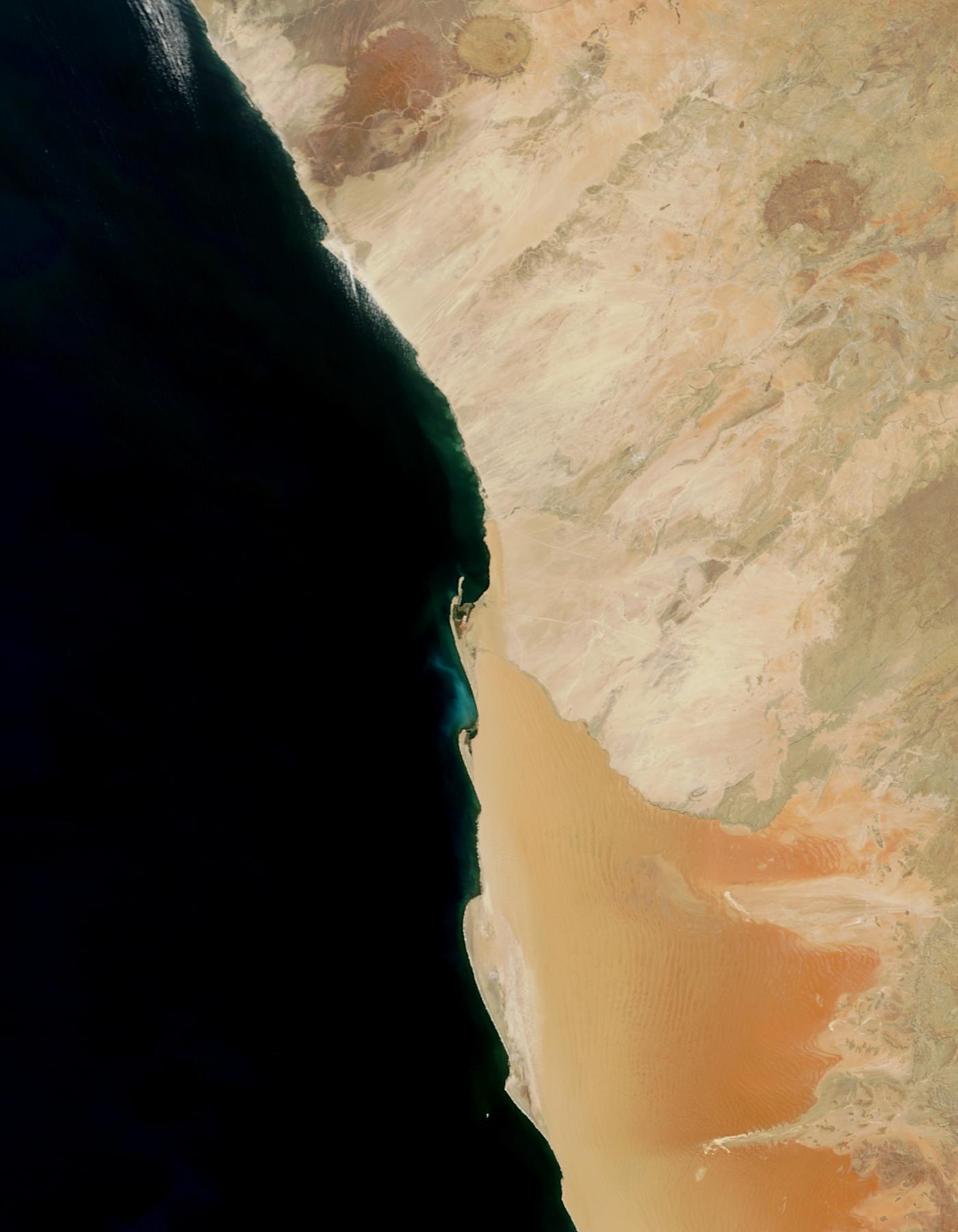 Streaks of bright blue and green along Namibia’s western shores show where sulfur is rising to the surface of the Atlantic Ocean. The yellowish clouds of sulfur come from hydrogen sulfide gas produced by anaerobic bacteria (bacteria that can live without oxygen) at the ocean floor. As the gas wells up to the surface, it reacts with oxygen in the upper layers of the ocean and produces pure sulfur. The yellowish sulfur and the blue water combine to make green swirls in the waters off the Namib Desert coast of South Africa.

The hydrogen sulfide gas is highly toxic to fish. Periodic die-offs of whole populations of fish and other commercial seafood are ongoing concerns for the regional fishing industry. This true-color Moderate Resolution Imaging Spectroradiometer (MODIS) image was captured by the Terra satellite on October 11, 2003.