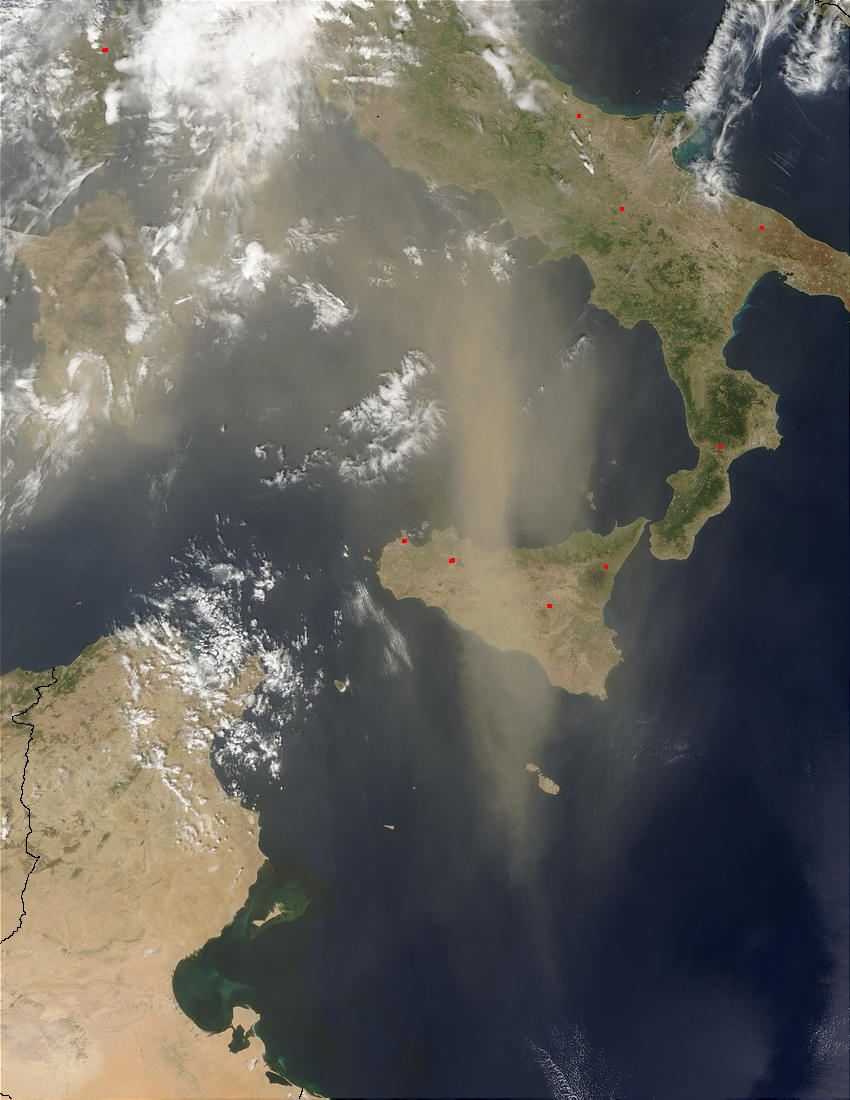 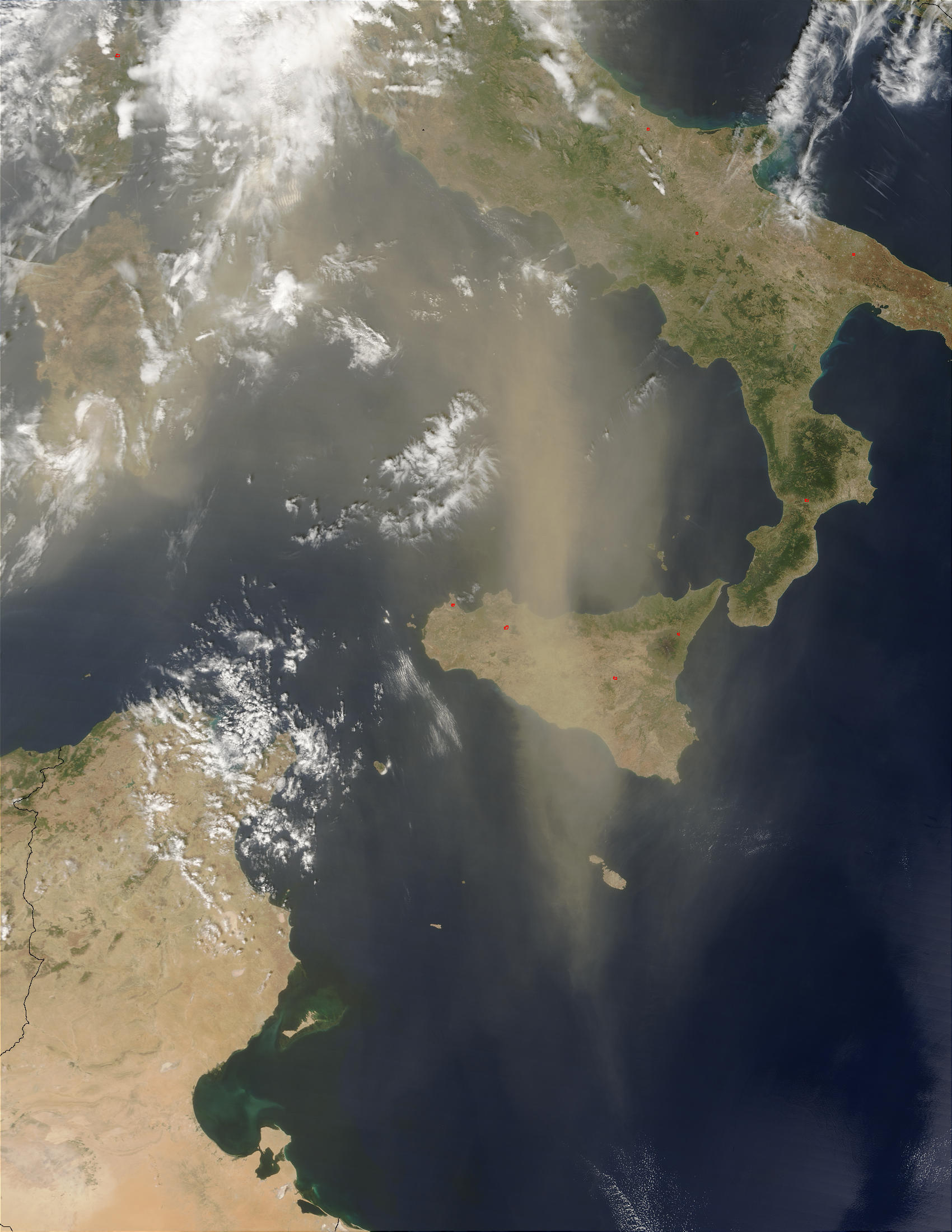 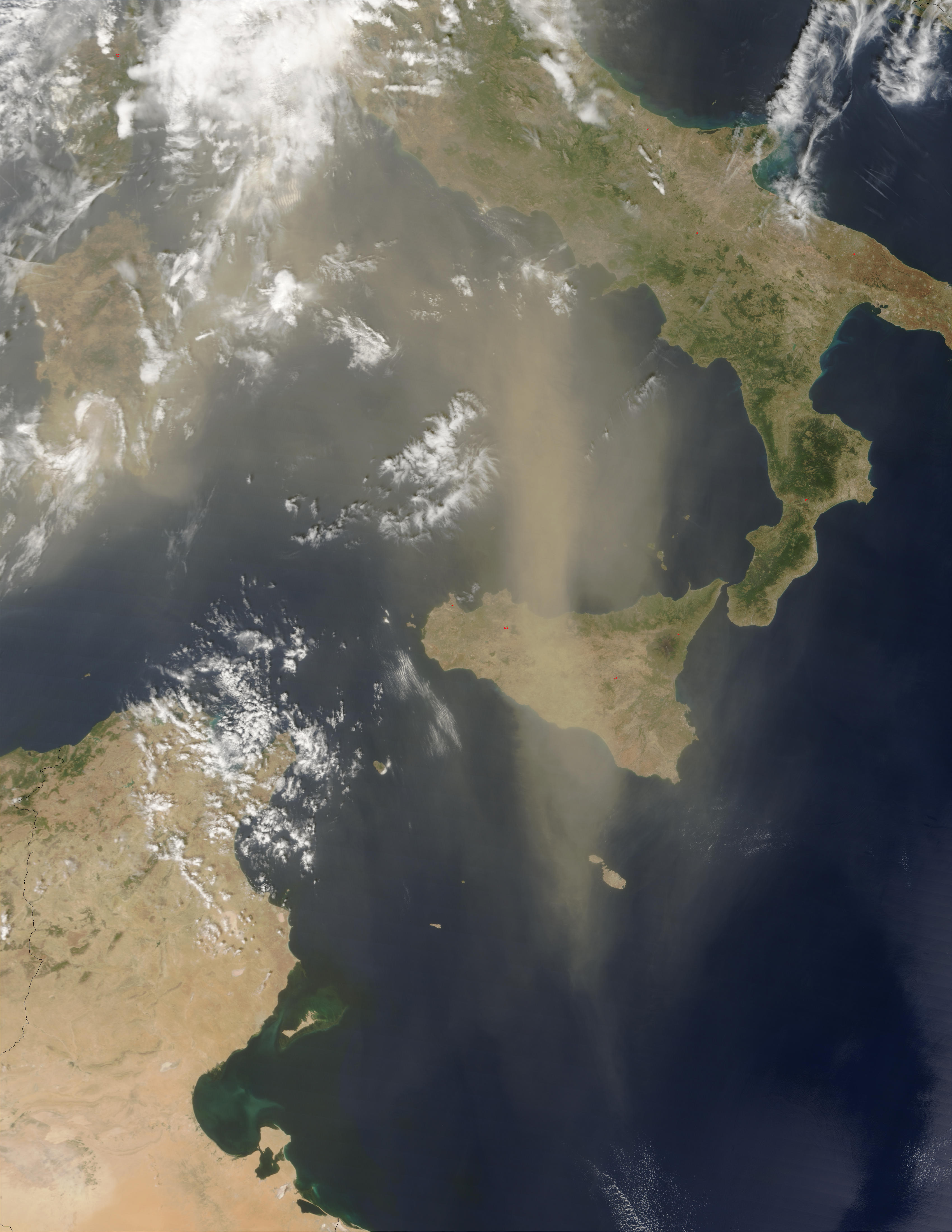 Saharan Dust over the Mediterranean Sea

A large plume of Saharan Desert dust (tan pixels) can be seen arcing across the northern Mediterranean Sea in this true-color image acquired on Aug. 29, 2003, by the Terra MODIS sensor. The dust is easy to distinguish from the much brighter, white clouds in this scene. Parts of Sardinia and Sicily are obscured from view as the dust cloud appears to be moving toward mainland Italy. The red dots shown here on Sicily indicate the locations of hot spots, most likely fires burning on the surface.