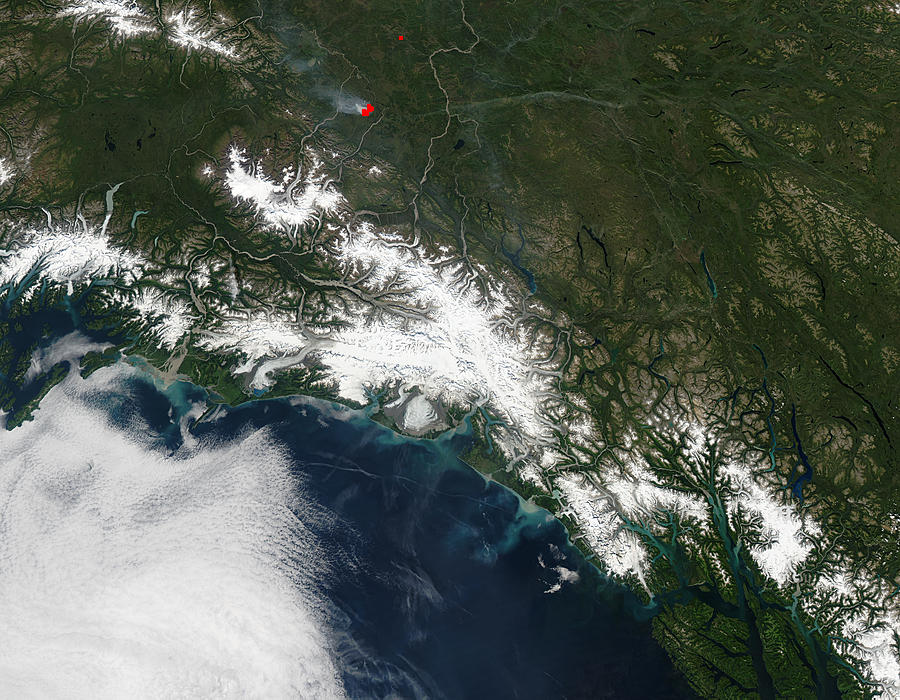 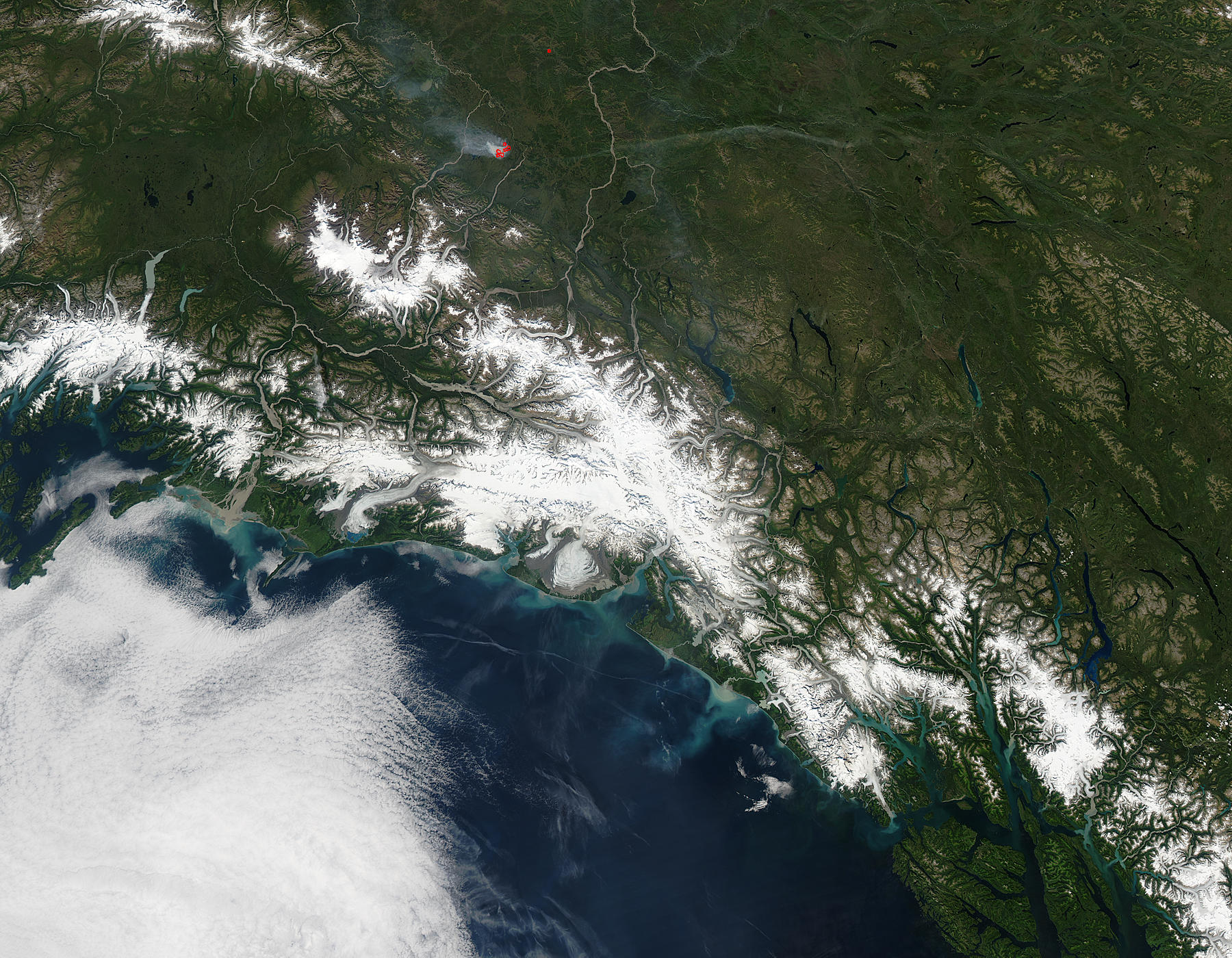 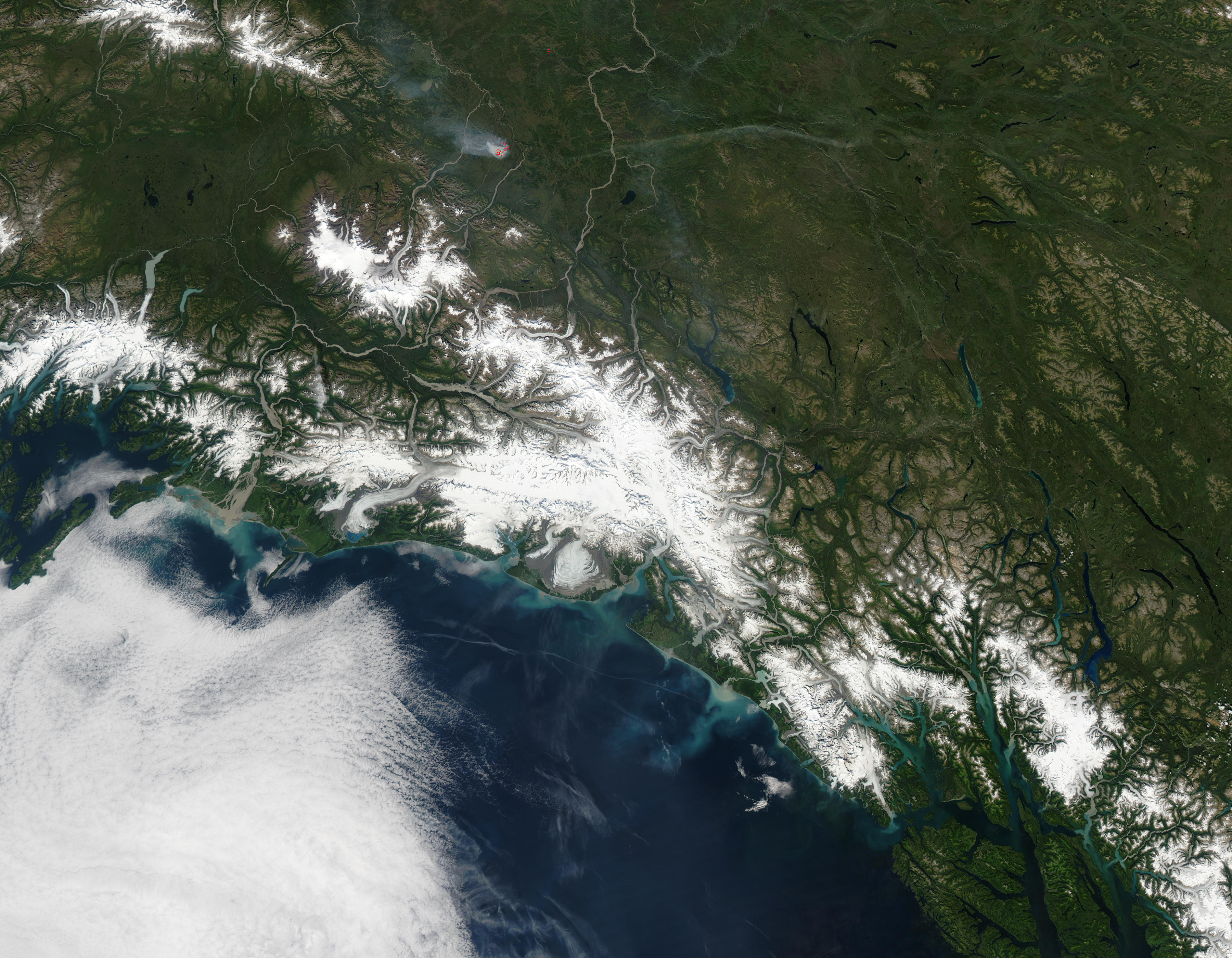 Sediment along the southern coast of Alaska

Even as summer wanes, snowmelt and glacial runoff swell the rivers along Alaska—s southern coast. In this true-color Terra MODIS image acquired on August 9, 2003, the Copper River (left) spills light gray sediments into the Gulf of Alaska.

Upstream in Wrangell — St. Elias National Park, glaciers grind bedrock into powder as they slowly move along the mountain valleys. This fine sediment is easily carried by water, though its progress is nevertheless slow. Where the river meets the ocean, the sediment initially turns the water from gray to turquoise blue, but as it disperses, the water slowly returns to its normal dark blue color.

Active fires to the north are marked with red boxes. Farther west along the coast is Prince William Sound, the location of the Exxon Valdez oil spill, which occurred on March 24, 1989. The spill dumped approximately 11 million gallons of crude oil into the sound, which affected over 1,300 miles of shoreline and over 250,000 animals. Today, most traces of the spill are gone, and many of the affected animal species are recovering. Unfortunately, seven species of bird and one species of seal have not recovered in the 14 years since the event. For more information on the spill, please visit the State of Alaska´s Exxon Valdez Oil Spill Trustee Council pages.