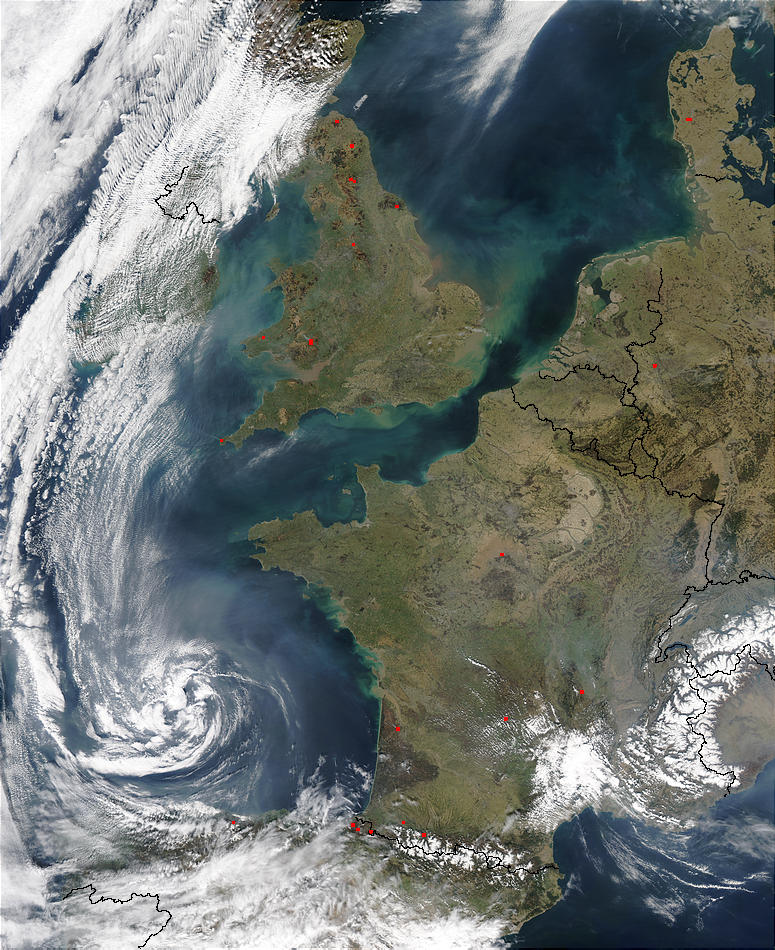 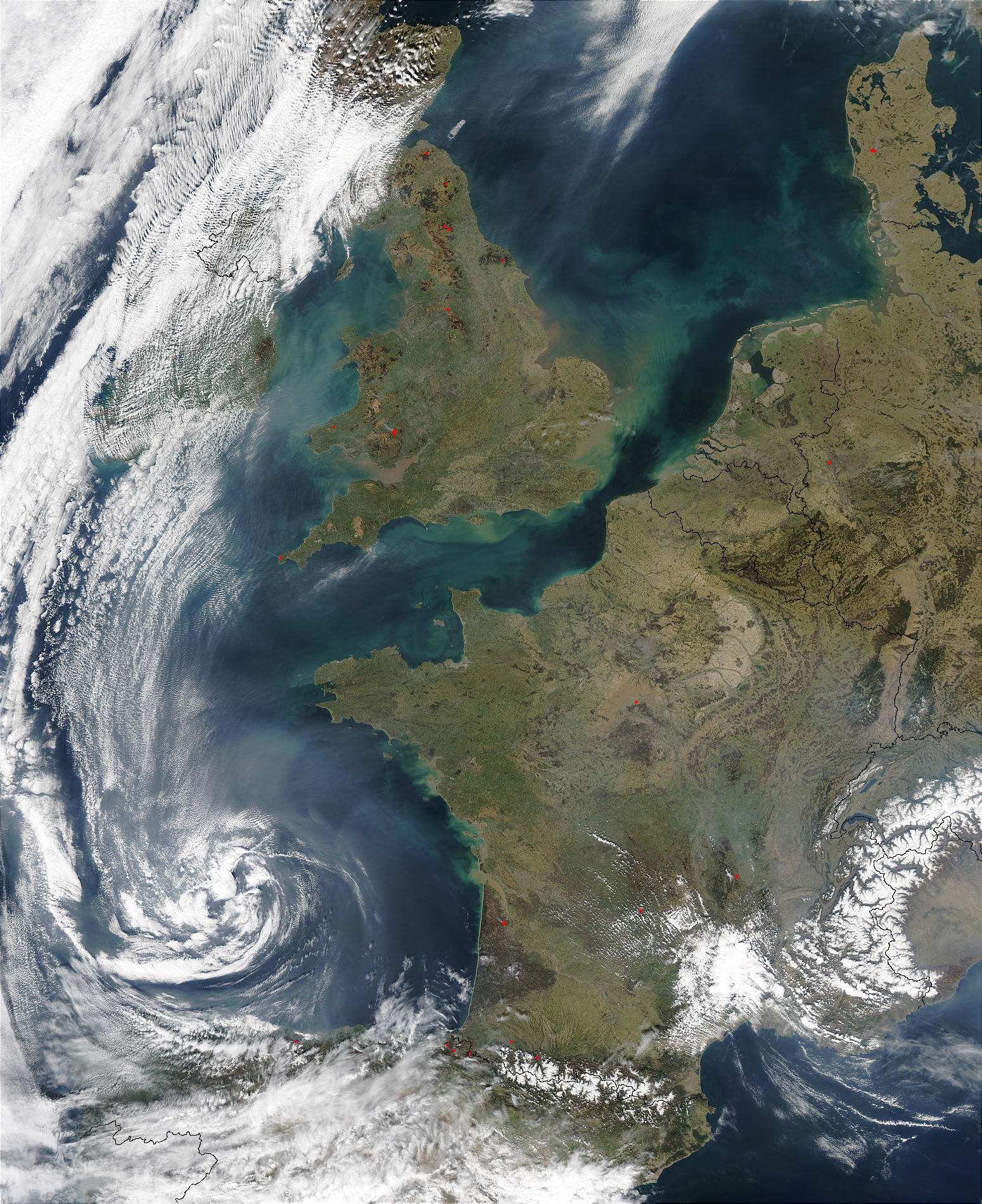 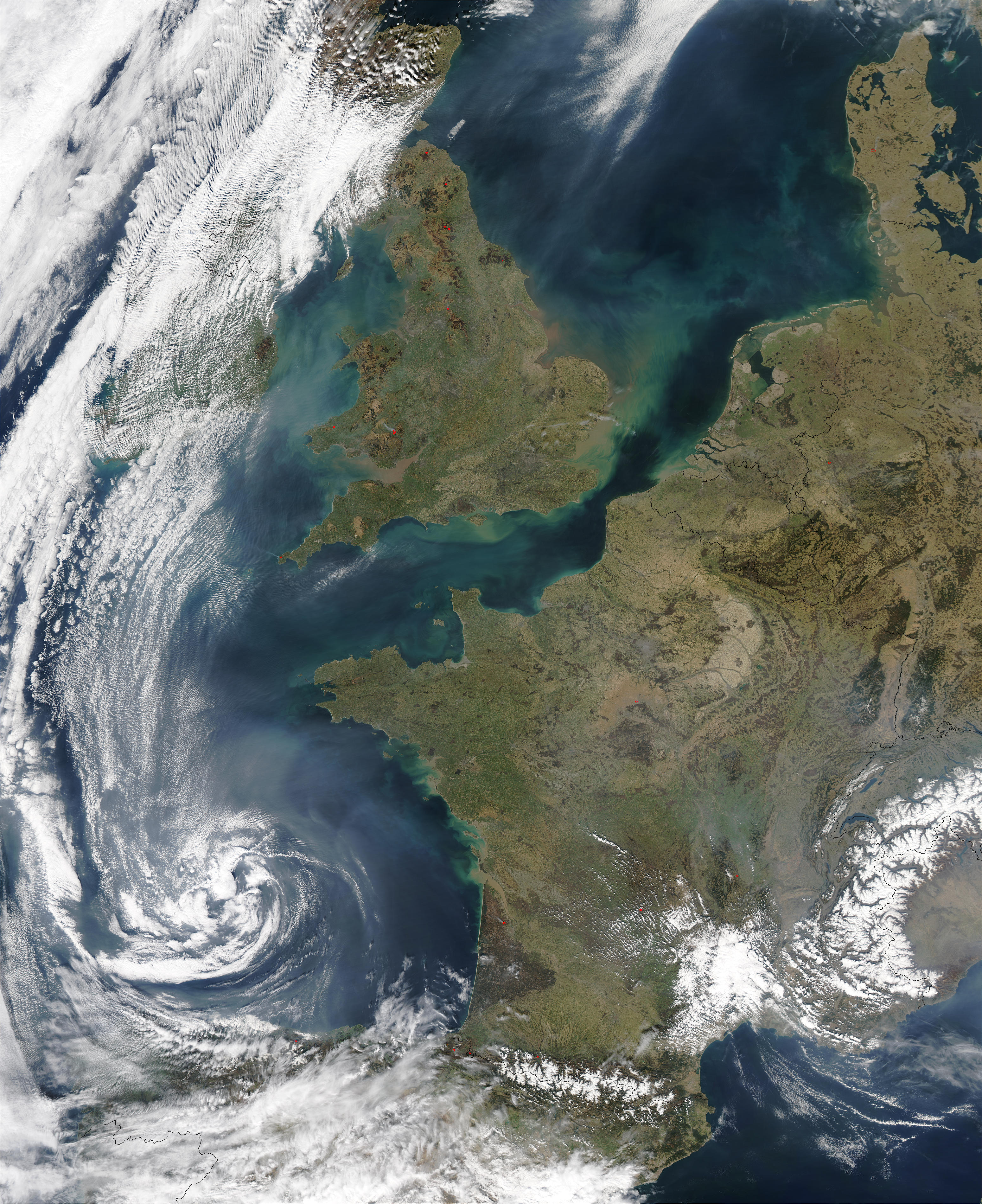 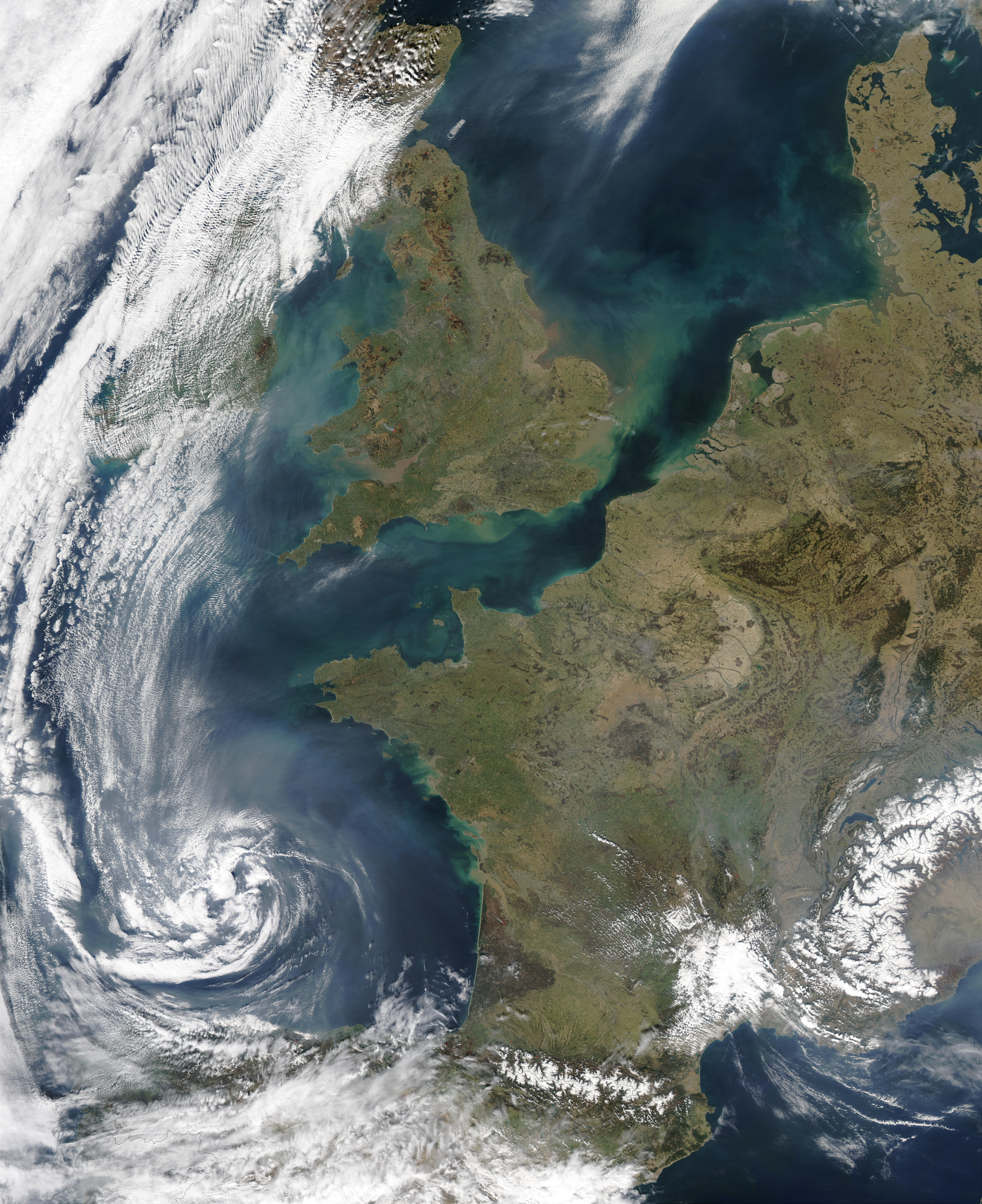 Pollution and smoke off France and United Kingdom

Pollution and smoke get caught up in a swirl of clouds off on the coasts of Spain bottom center), France (center), the United Kingdom (top center), and Ireland (under cloud at top left) in this true-color Aqua MODIS image acquired on March 22, 2003. The smoke and pollution appear as a grayish haze concentrated west of France.

<p p > Despite the haze lying over the region, cloudy green and tan swirls of sediment and microscopic marine life are visible in the waters of the Atlantic (left), the English Channel (between France and England), and in the Celtic (south of Ireland), Irish Sea (east of Ireland), and North Sea (east of England).