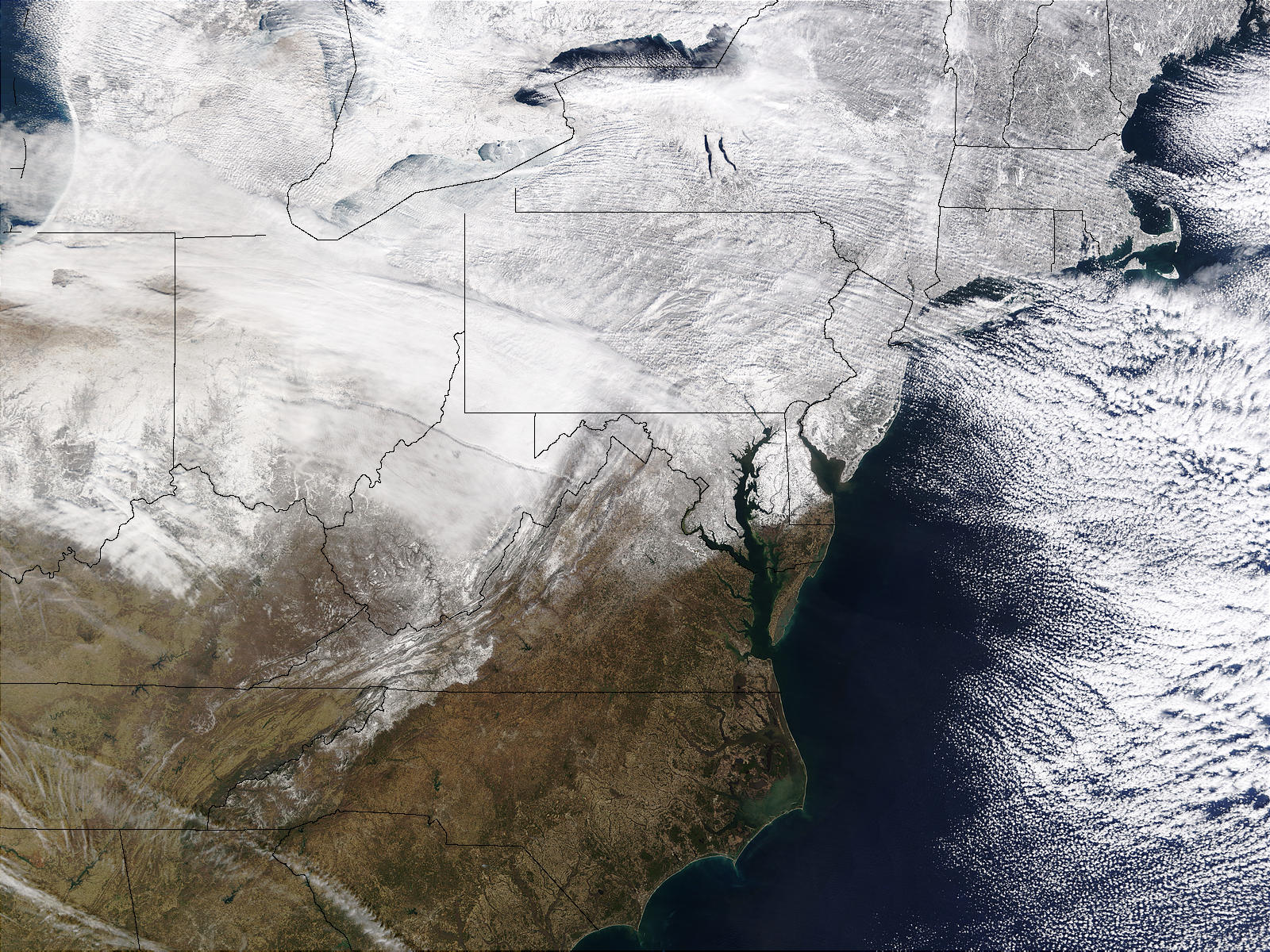 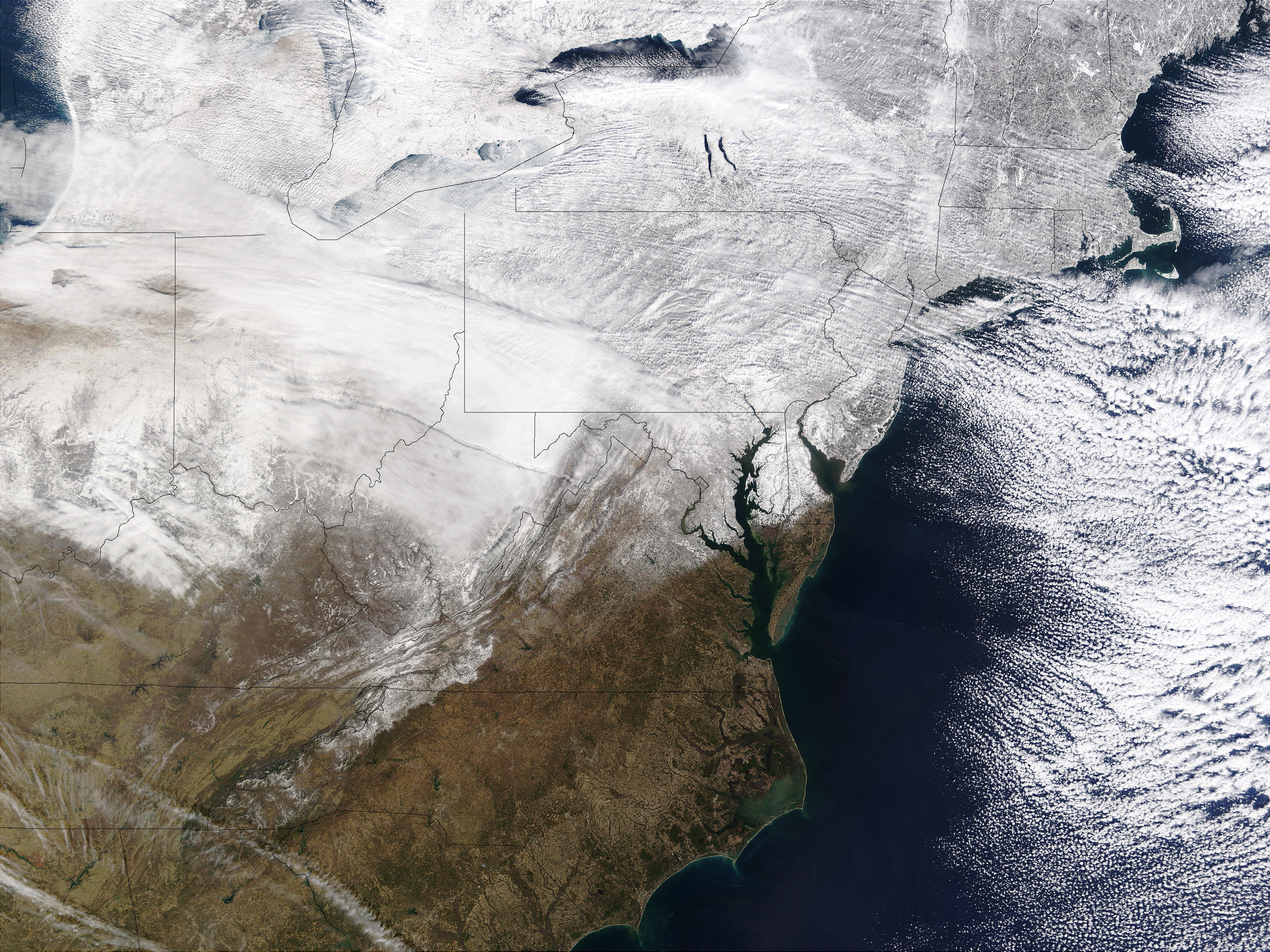 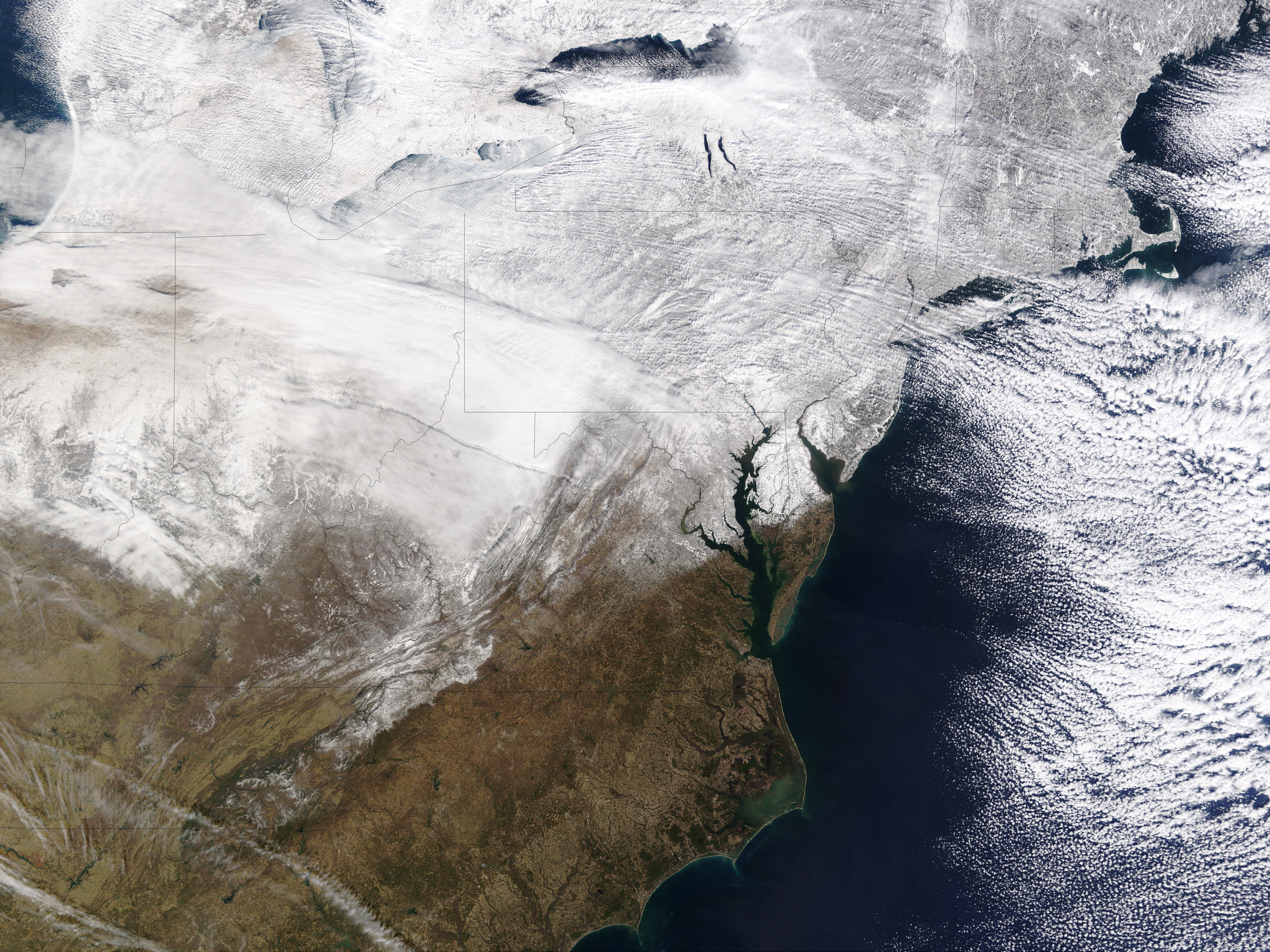 These images from the Moderate Resolution Imaging Spectroradiometer (MODIS) instruments on the Terra and Aqua satellites shows a snow event across the eastern United States. The snow blankets the states in the top part of the scene, and trails southward along the spine of the Appalachians in West Virginia (center on Feb. 13). In West Virginia, the snow provides sharp contrast and reveals the rugged gorge of the north-flowing New River; the river, which originates in North Carolina, flows in to West Virginia in the southeast and carves its way northwest, creating a dark gray path though the snow-covered mountains.

Other interesting features include New York’s Finger Lakes, which make sapphire slivers against the white blanket just south of Lake Ontario. On the border of Virginia (east of center) and North Carolina, the Great Dismal Swamp makes a purplish-brown patch that straddles the state line.